I’m a big fan of fantasy photo shoots. I originally started with small props and then realized that the right setting with a costume could be pretty cute without a lot of effort and create an “heirloom style” photo. The trick is to find a good quality costume. Many of the ones I’ve purchased in the past were not great, but this one was a winner.

I fell in love with this Max Wolf Costume

the first time I saw it and almost bought it for Bug’s first Halloween, but then we decided to do a family vampire theme and made him a little bat instead, knowing the Max costume would keep for later. I think it worked out better this way because at the time he wasn’t even crawling yet. The costume proved to be even better in real life than the picture.

Bug was growing pretty fast and I was running out of time to get the shots before he outgrew the biggest size of the costume, so I bought the costume specifically for the shoot and paid about $24 for it at Amazon. Like anything on Amazon, the price wildly fluctuates by seller and some are great deals, while others are too much. My seller was “Halloween Costumes.”

Pro Tip for Online Shopping: Because of my lifelong fascination with costumes and theater, I’ve learned when the best picking time is. The cheapest time to buy costumes online is generally between May and August, when prices get competitive and Halloween is far off. By that time, most sellers on places like eBay and Amazon have gotten around to listing them, but know people aren’t shopping for them and want to lighten their inventory. The worst time is (surprisingly) November through January, because costume inventory at those times are mostly sold out, with the remaining ones those which were priced too high in the first place. Also, the cheaper sellers are too busy with Christmas merchandise to bother listing their Halloween inventory.

Obviously, the best time to shop in store is right after Halloween when the costumes are marked down to about 70%. The downside to this over online is that you will have less selection. The upside is that you will get the very best price.

I had wanted to shoot outside, but the weather just wasn’t permitting it, so we settled on indoors in Bug’s favorite place to play, which is in the corner of the living room, at a big window that looks over the backyard for our first session.

We didn’t have a scepter, but we did have a foam sword that we brought home from our trip to Disney World, which I felt worked pretty good. This isn’t the one from the Perfectly Princess Tea Party, but one we bought at the Fjording (the shop you land in after riding Frozen) in the Norway Pavilion at Epcot.

The costume is also available for older kids, but it isn’t made quite the same as the one for toddlers. If you’re choosing between a 24 month and a 2T, go with the 24 months. At the time Bug wore this, he was mostly actually wearing 3T shirts and 2T pants, though could still squeeze into several 2T shirts albeit snugly. This is the one for older kids, you can see looking at the “claws” that they are attached strangely, compared to the one for infants.

They are, however, made by the same company, so if you’re stuck with the one for old kids, it should still work fine. 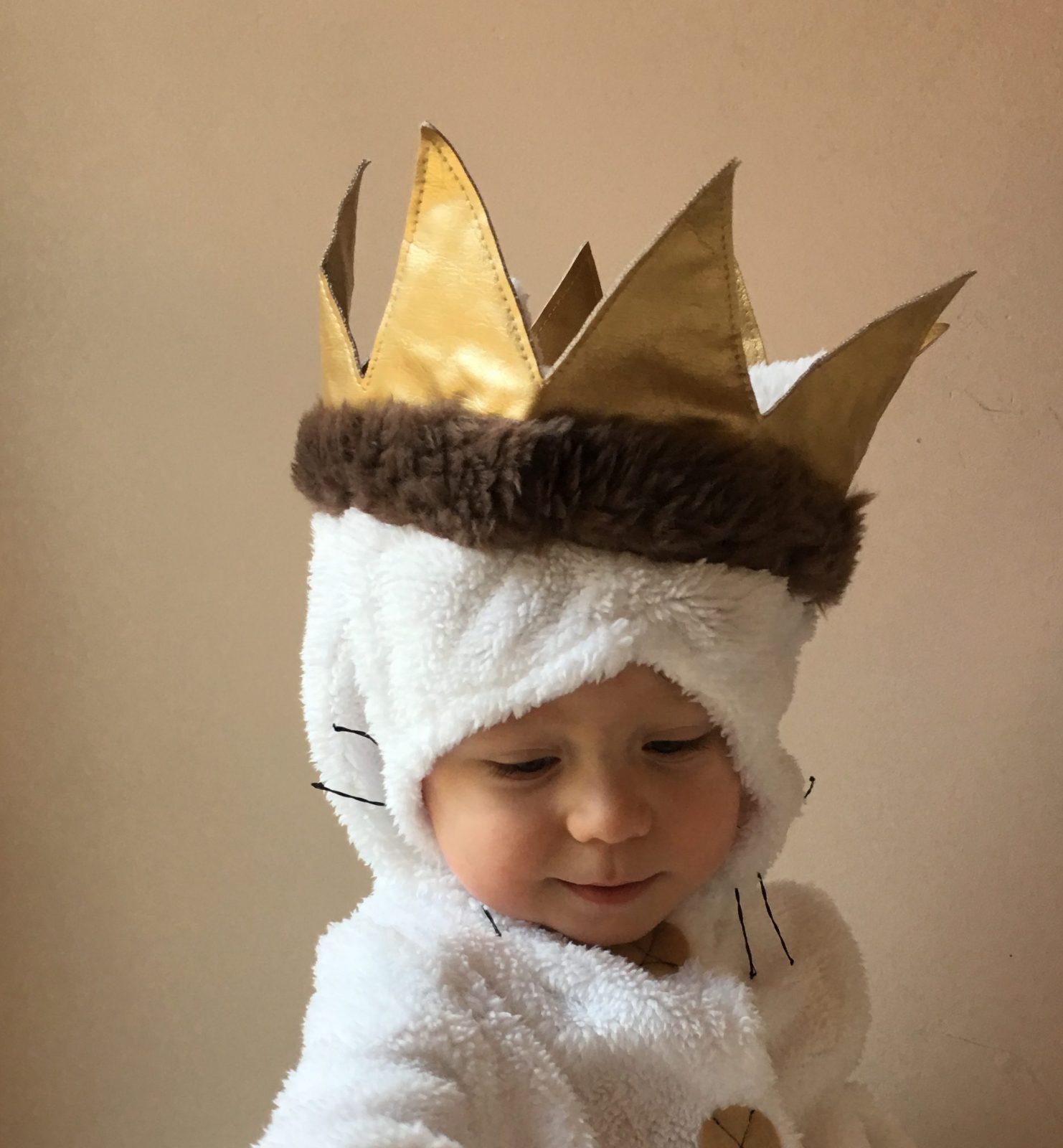 The Details are wonderful – from the whiskers, to the lam’e crown and the wolf claw feet and hands. 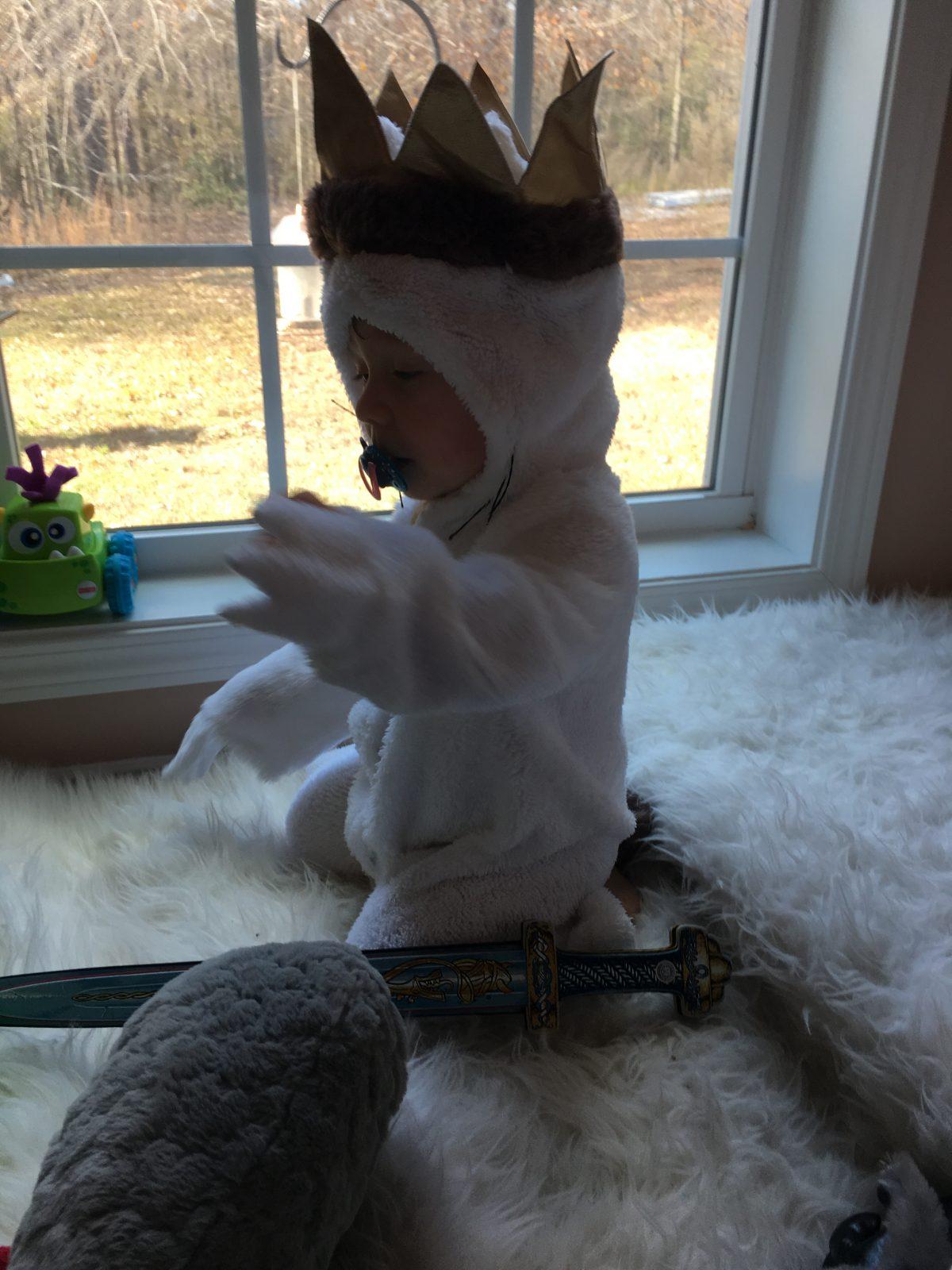 Expect to take a lot of shots before you get your favorite. 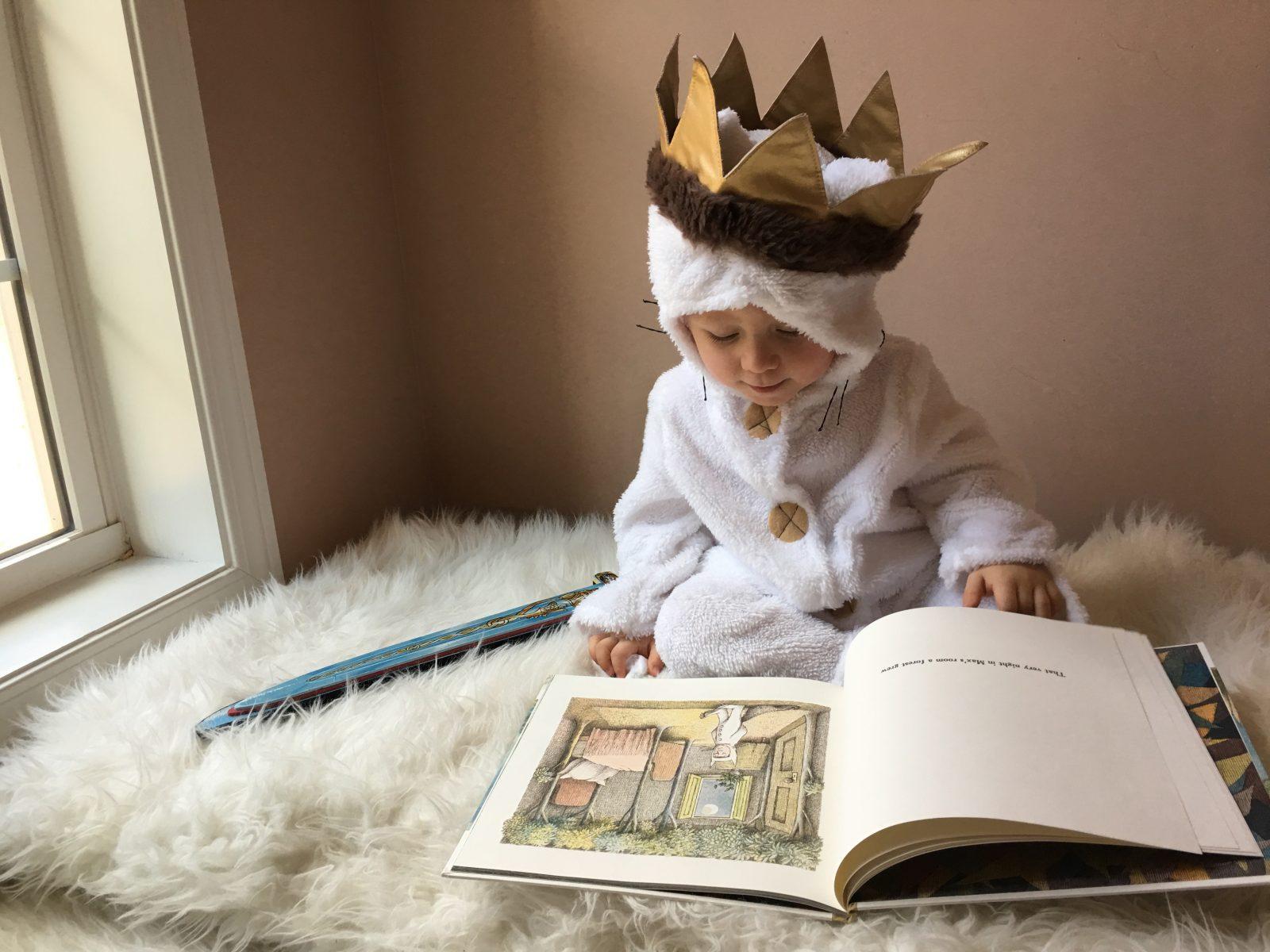 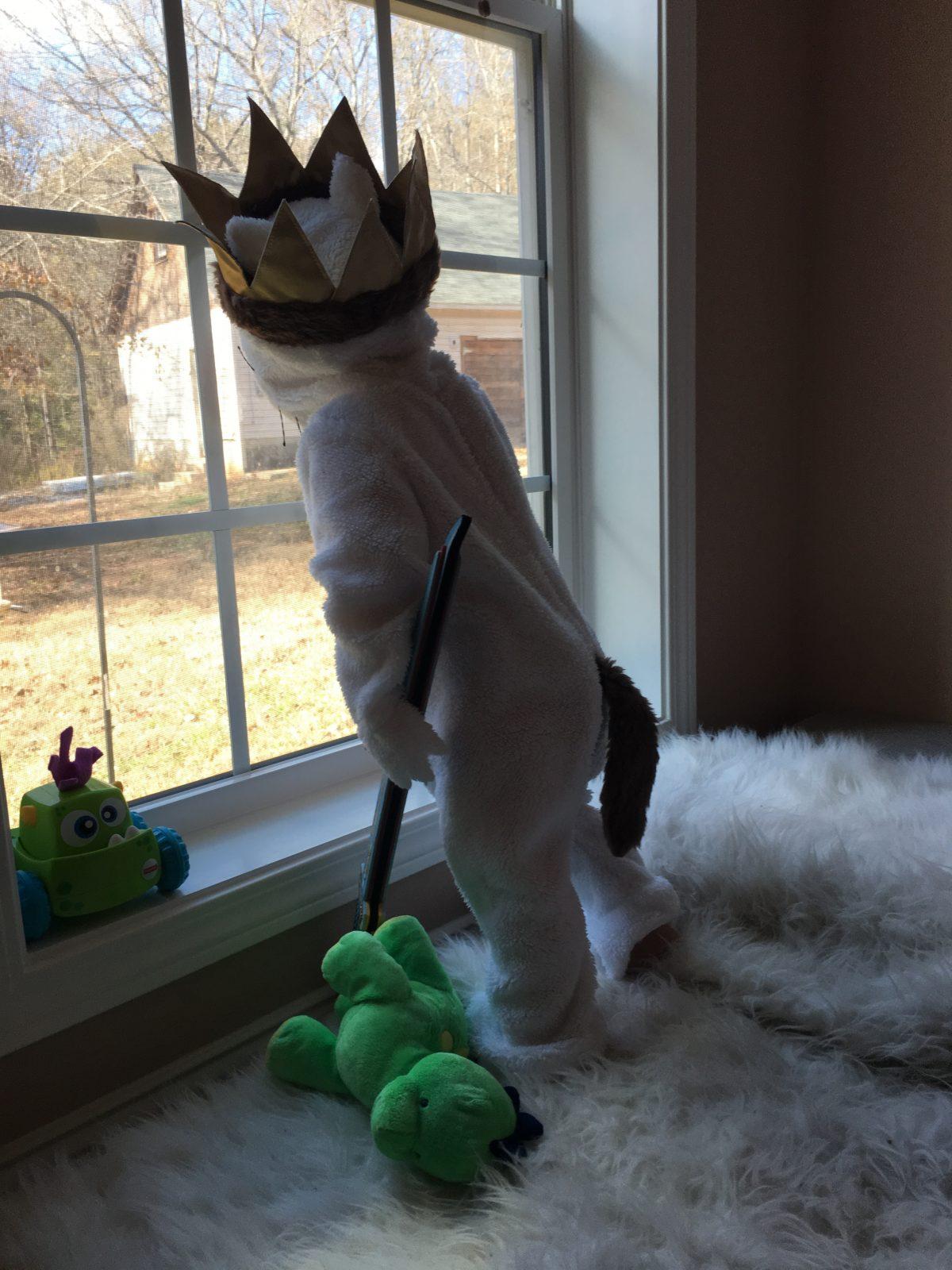