This month’s theme is …. Planes! 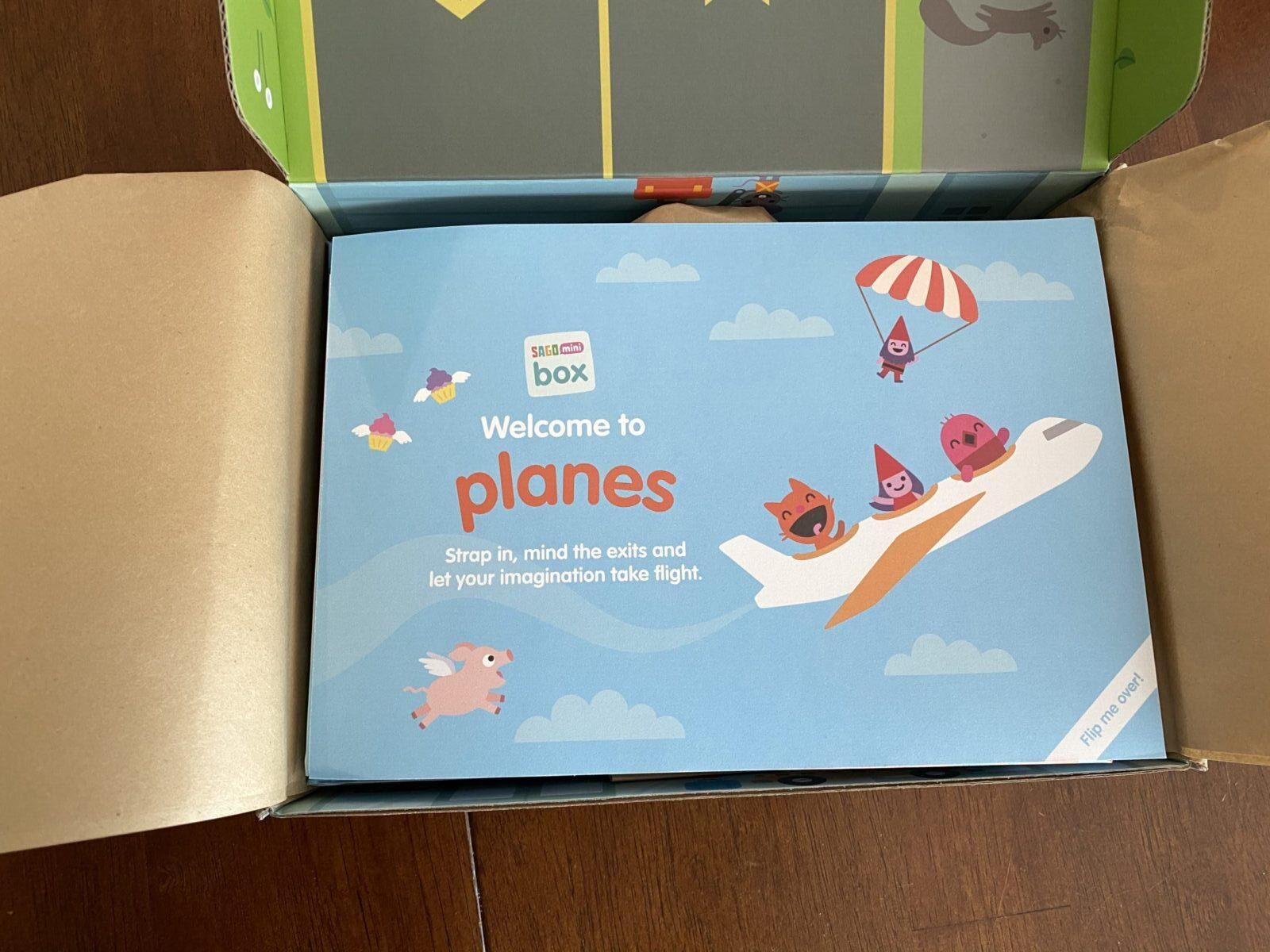 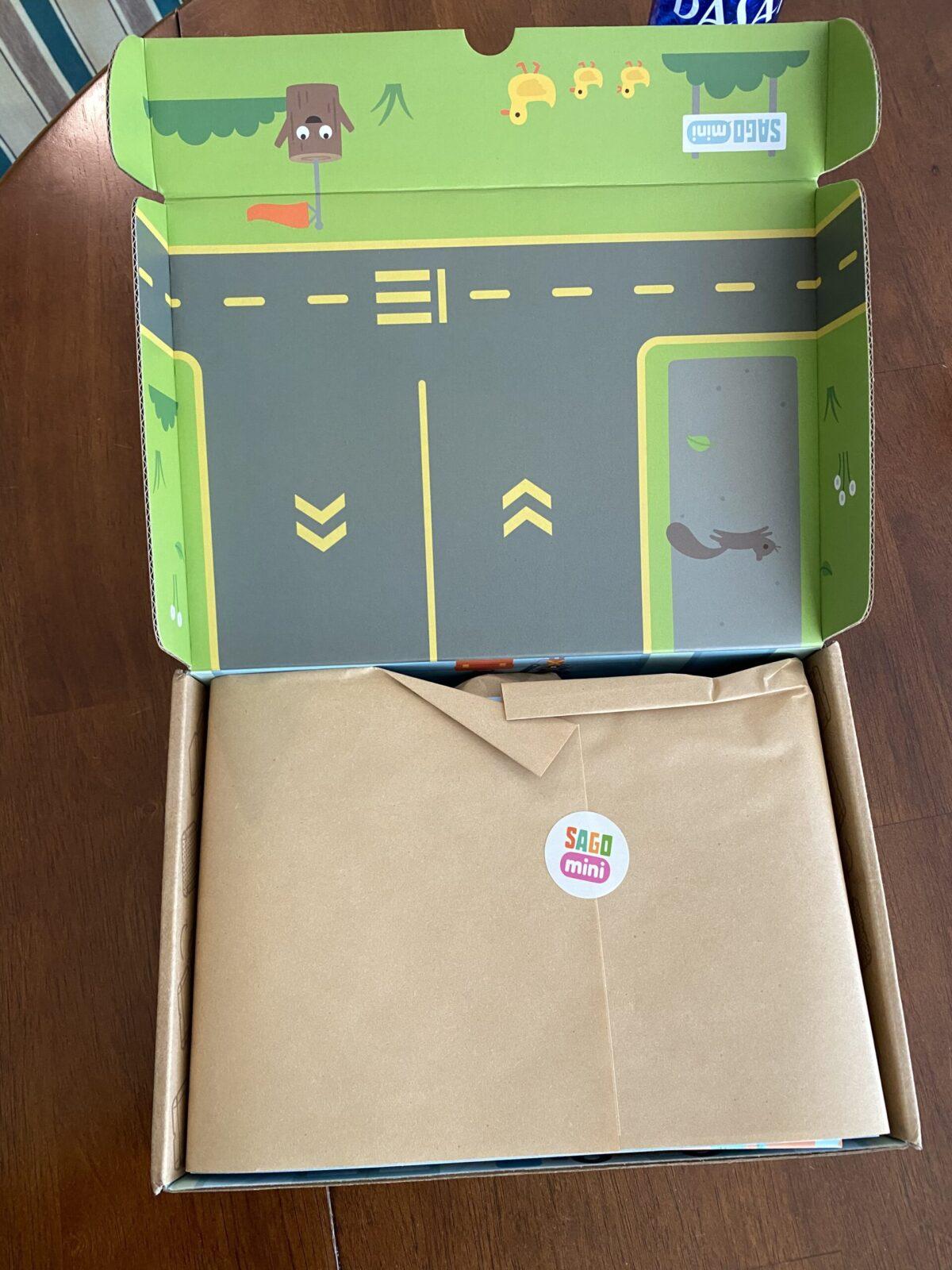 We received our second Sago Mini Box. With the first Bug was so excited he was literally shaking. He was calmer this time, but still pretty stoked. As always, one of my favorite things about the box is that it’s packaged as a gift. Plus, each activity is packaged separately, so it’s like opening a series of gifts. 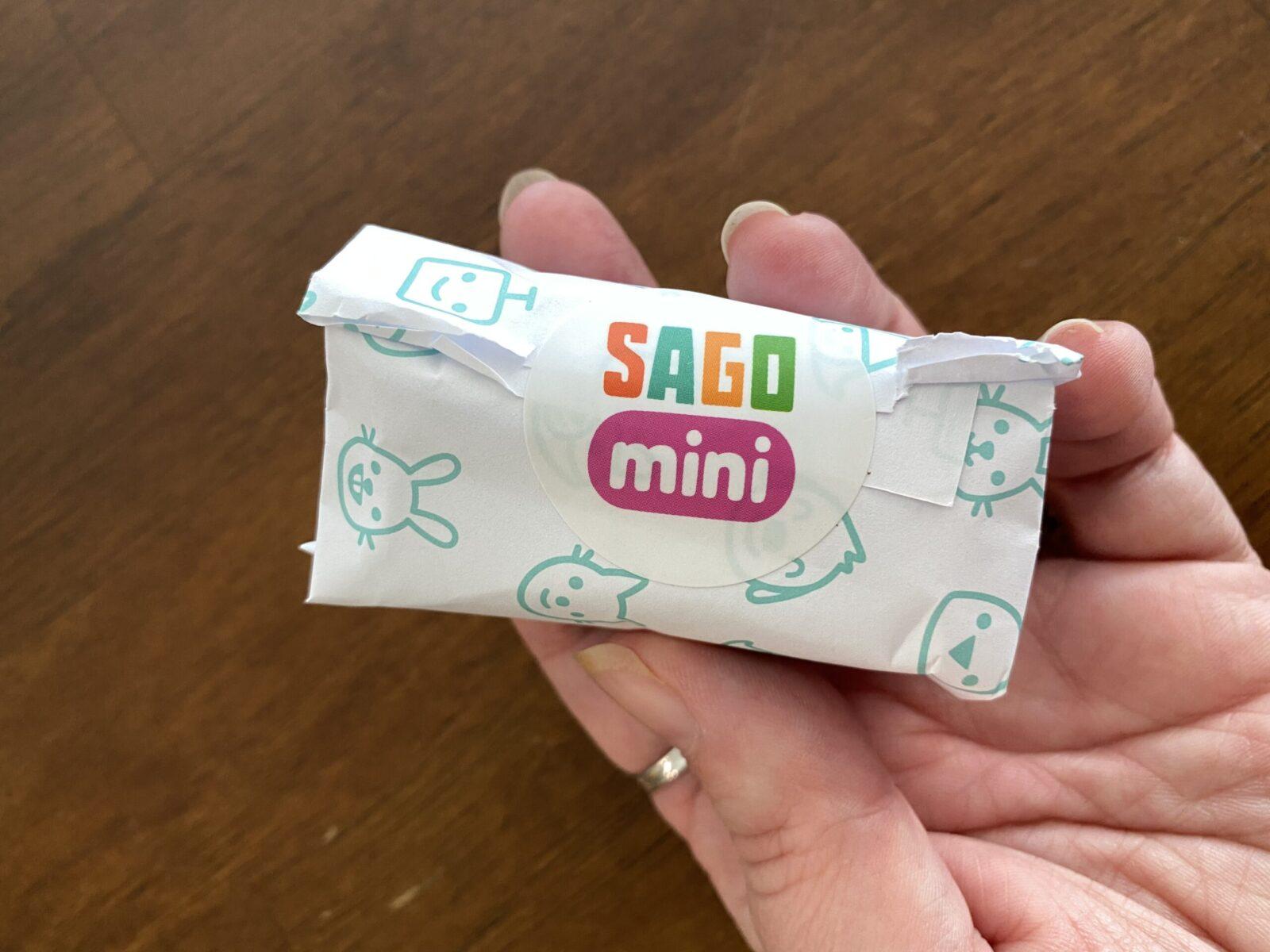 As always, inside there is a mini wrapped figure to play with that is part of the theme. 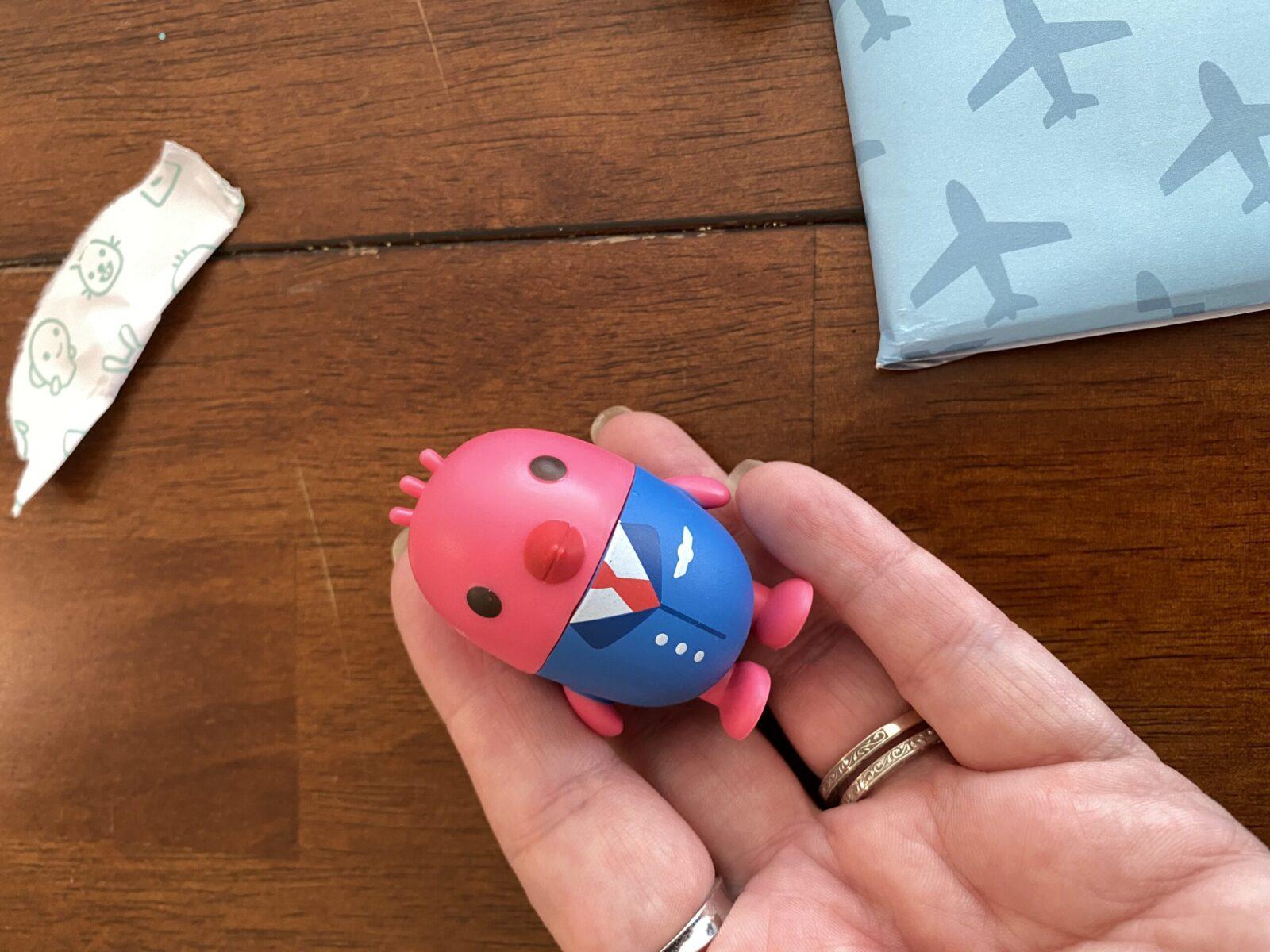 This time it was Robin dressed as a pilot! 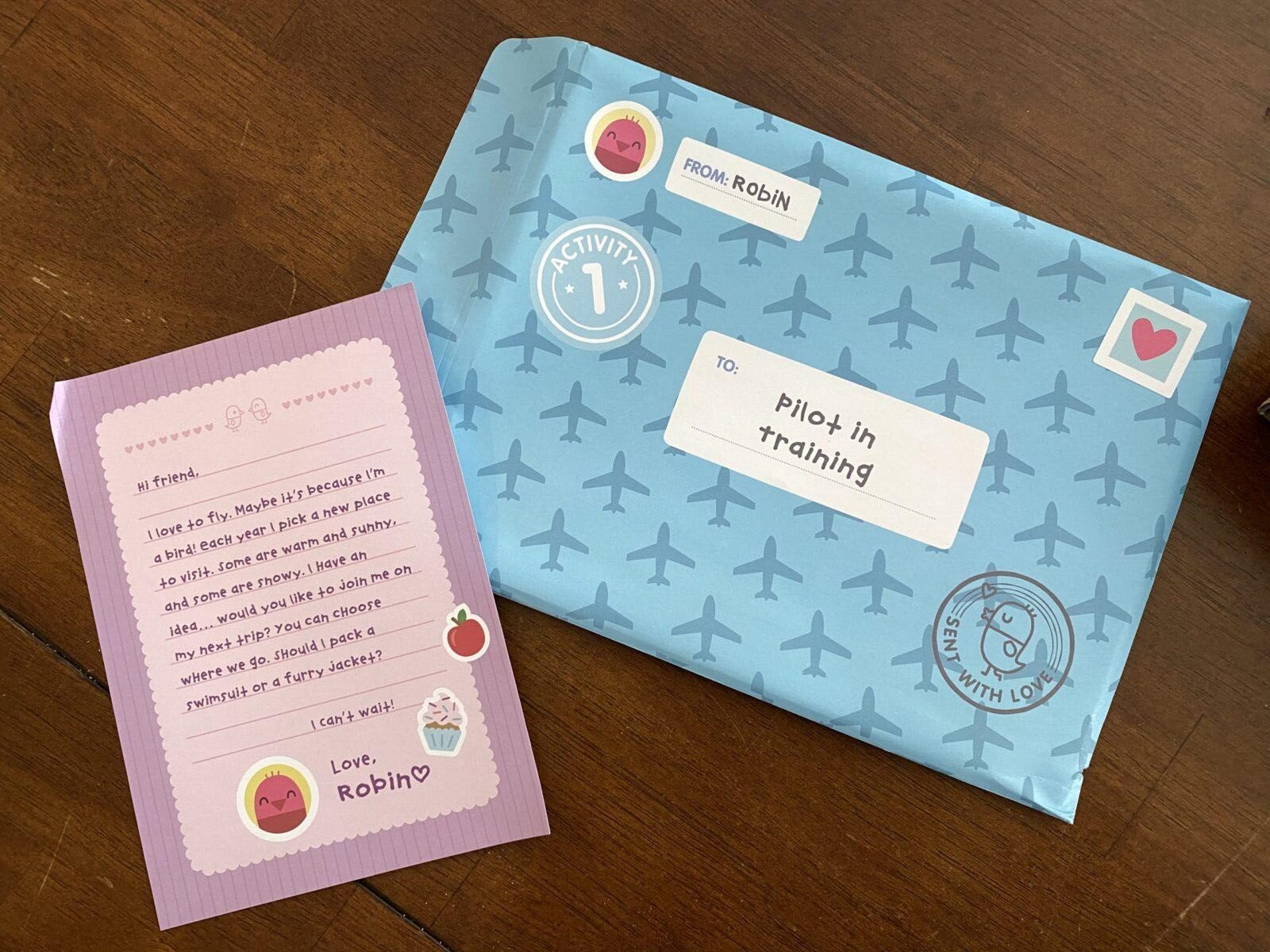 Our first envelope was a gift from Robin. Inside were some “make-your-own” planes and some destination cards for your planes to land. There are lots of details! 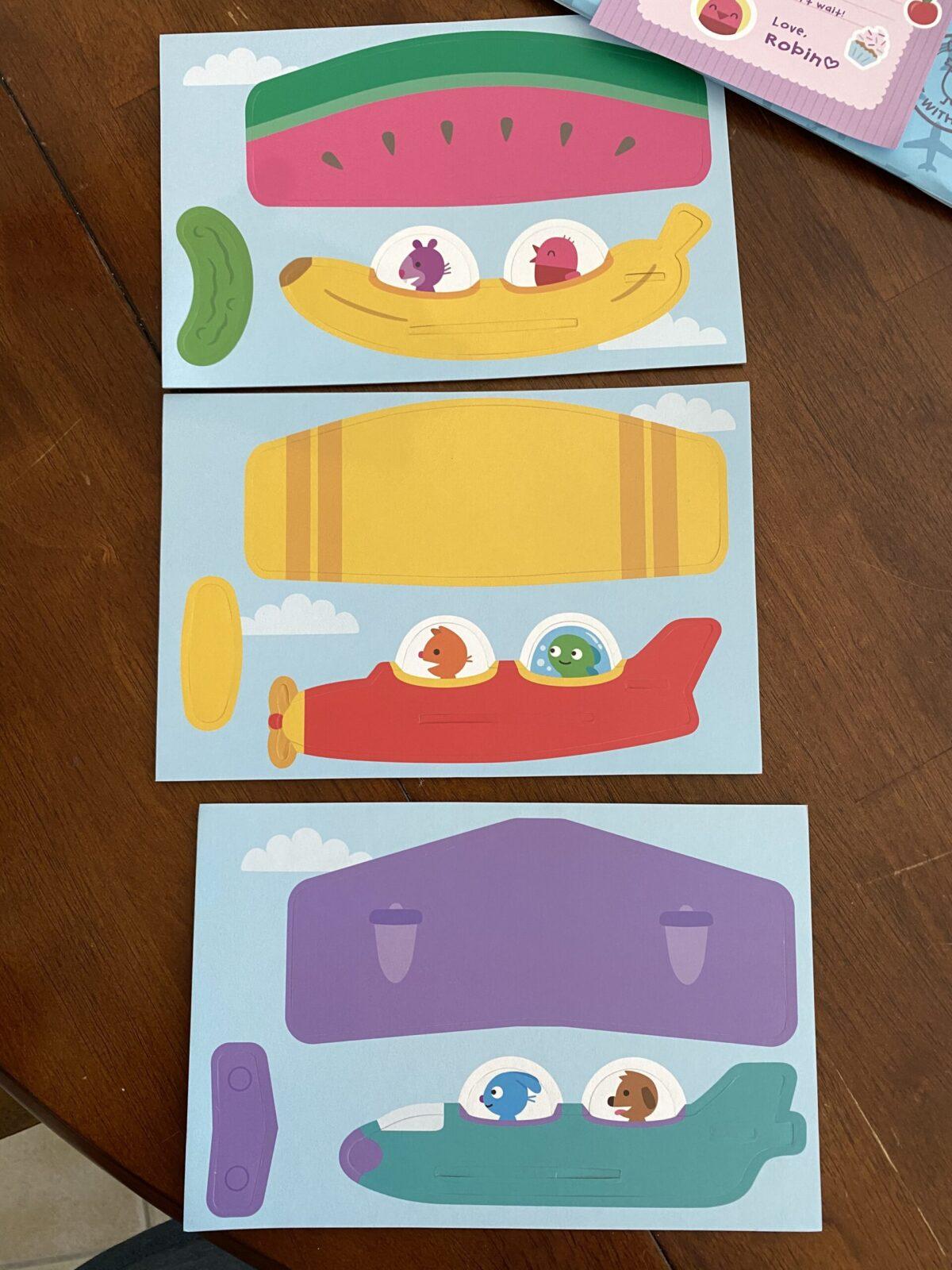 There are several different combos of wings/body/tail that can be made with the kit. Because they just slide together, the combos can be changed as much as you like. 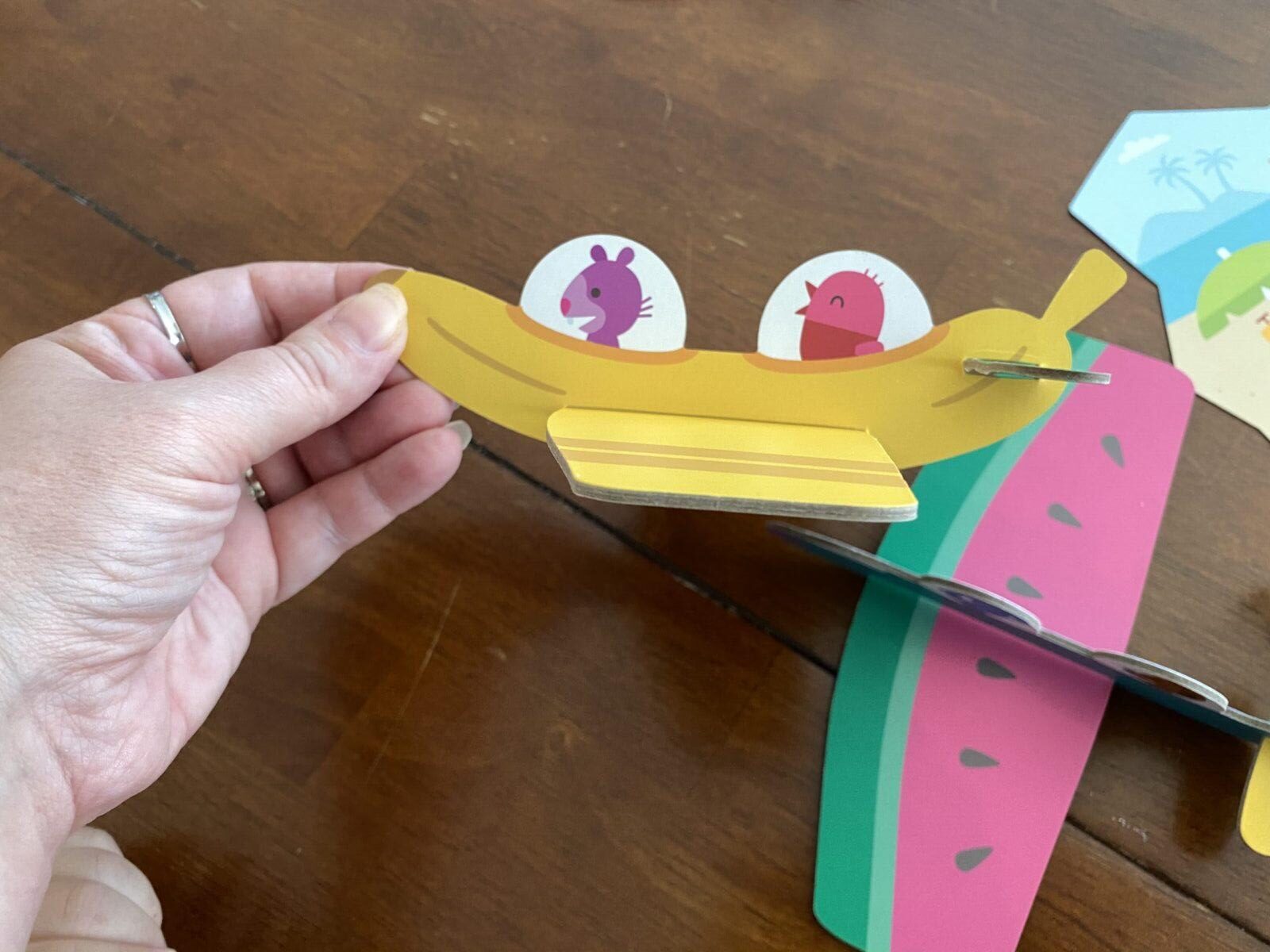 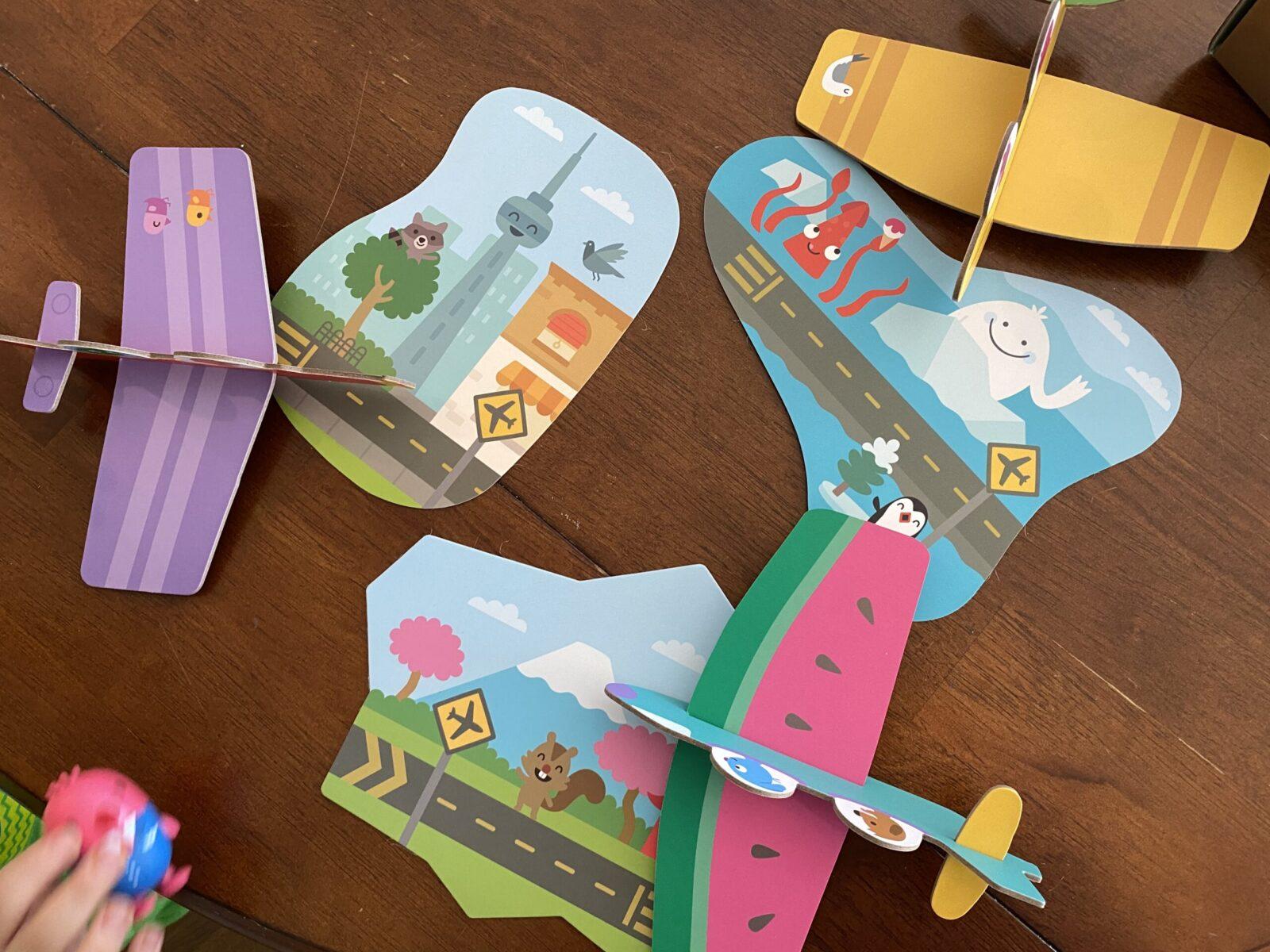 Robin was a big hit, you can see her disappearing off the table in the photo up there. 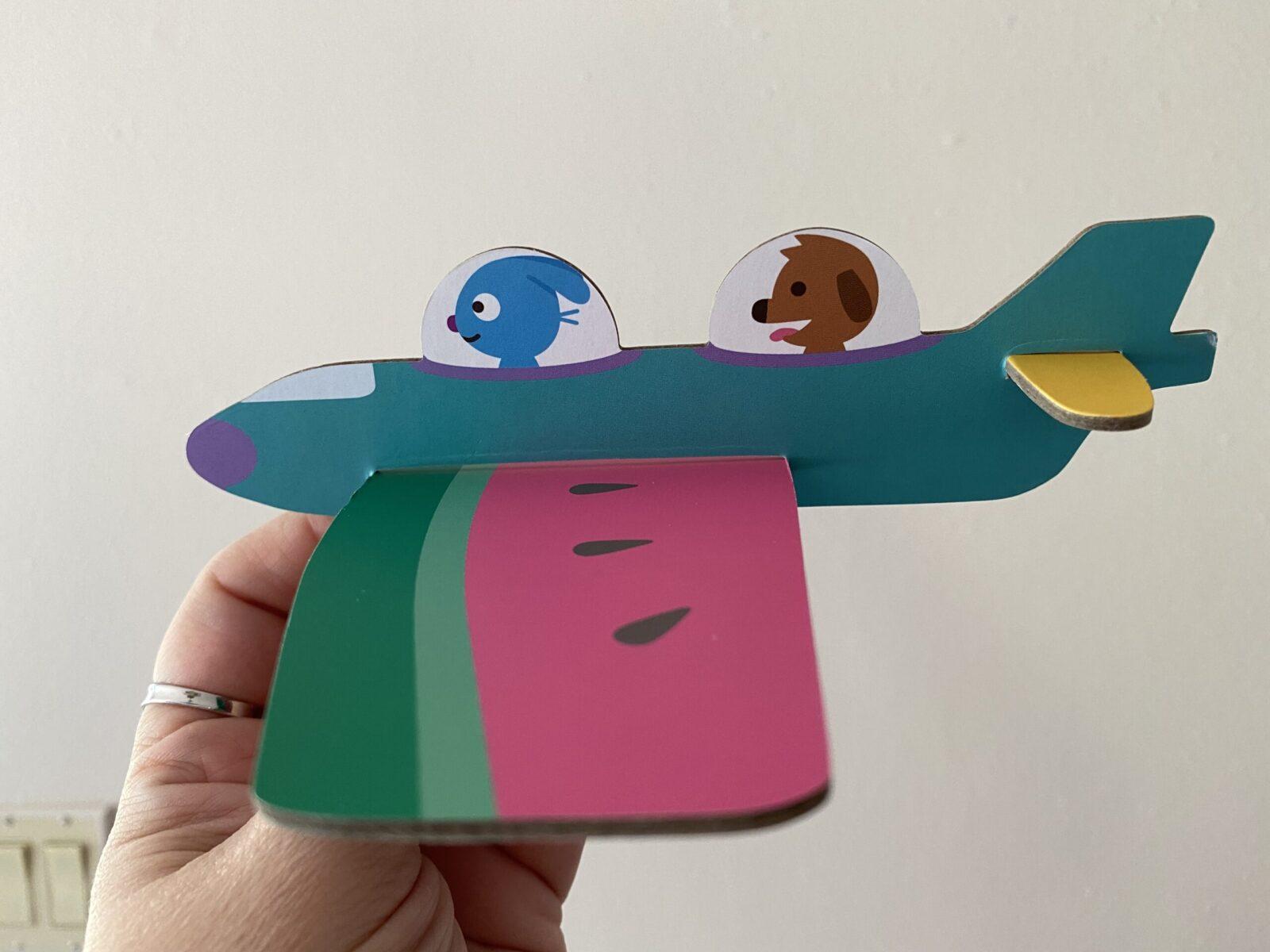 As always, the planes were made of the heavy cardboard that most of the Sago toys are made of, which I love because by the time he’s bored with it, it’s worn out anyway and I don’t feel badly about recycling it. We usually get a lot of play out of these toys. 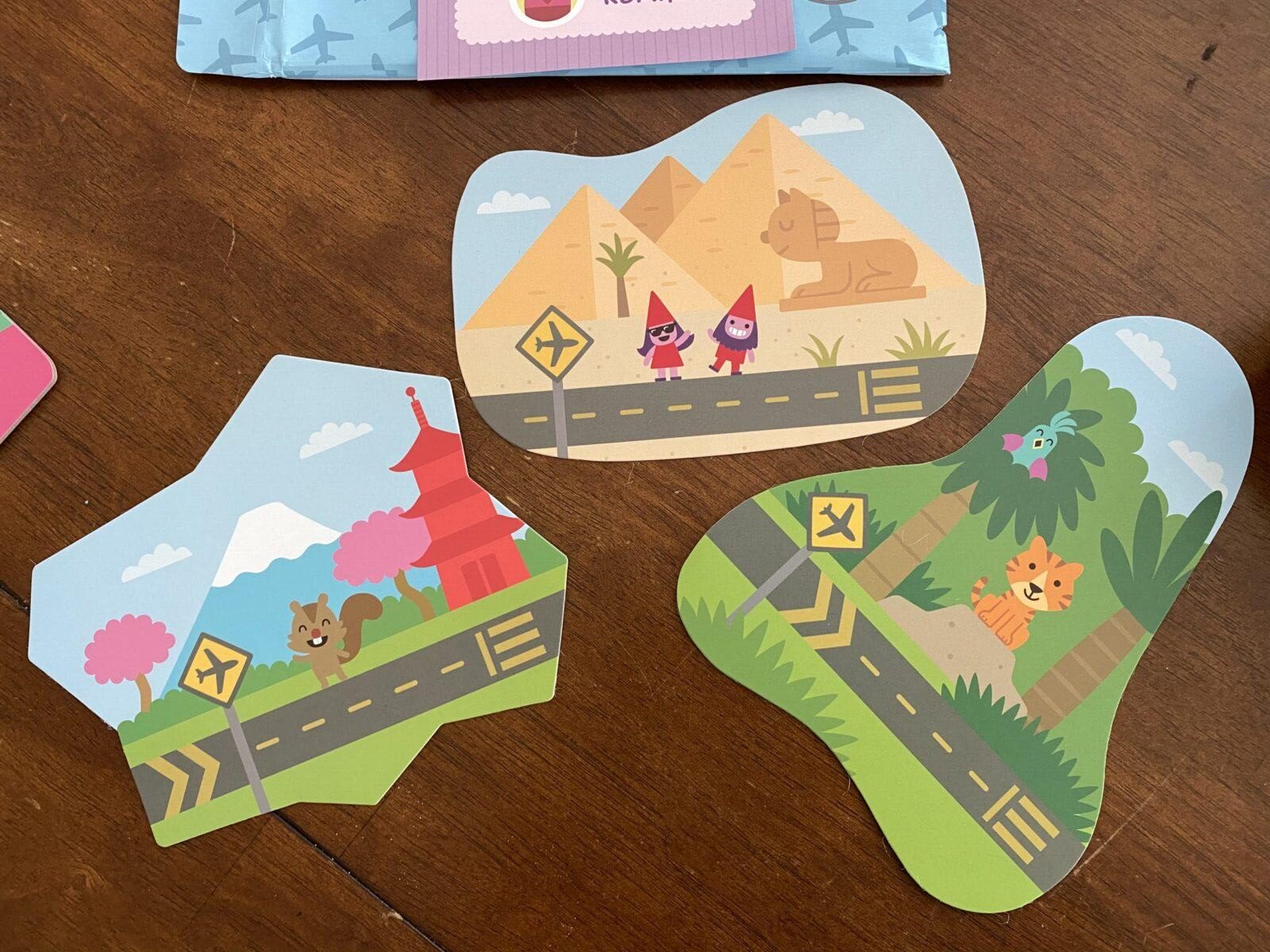 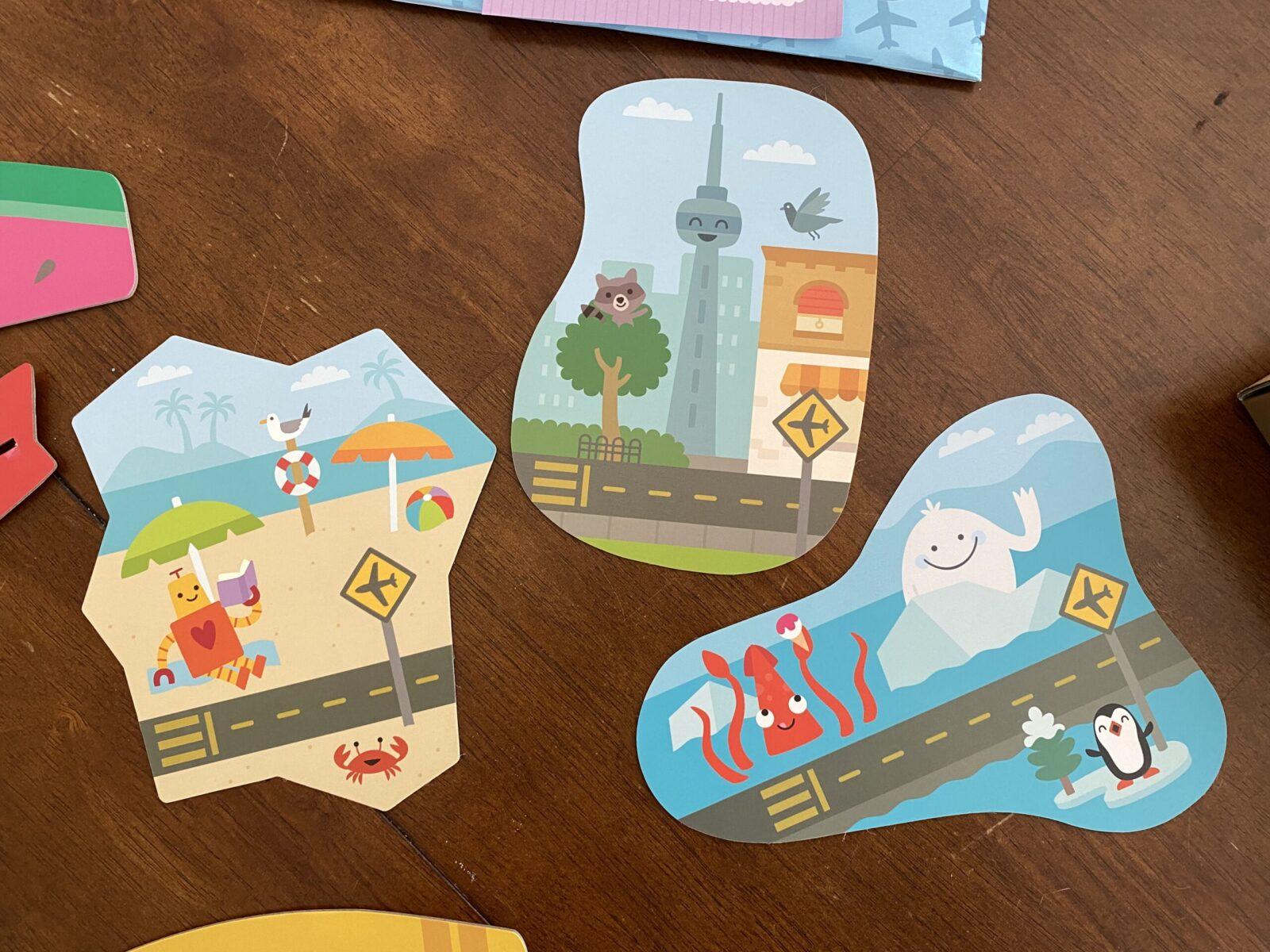 The destination cards are two-sided with different settings. We liked placing them around the house so the planes would have a place to land as they flew.

There was also a “Sago World Map” which we hung on the wall in Bug’s room. 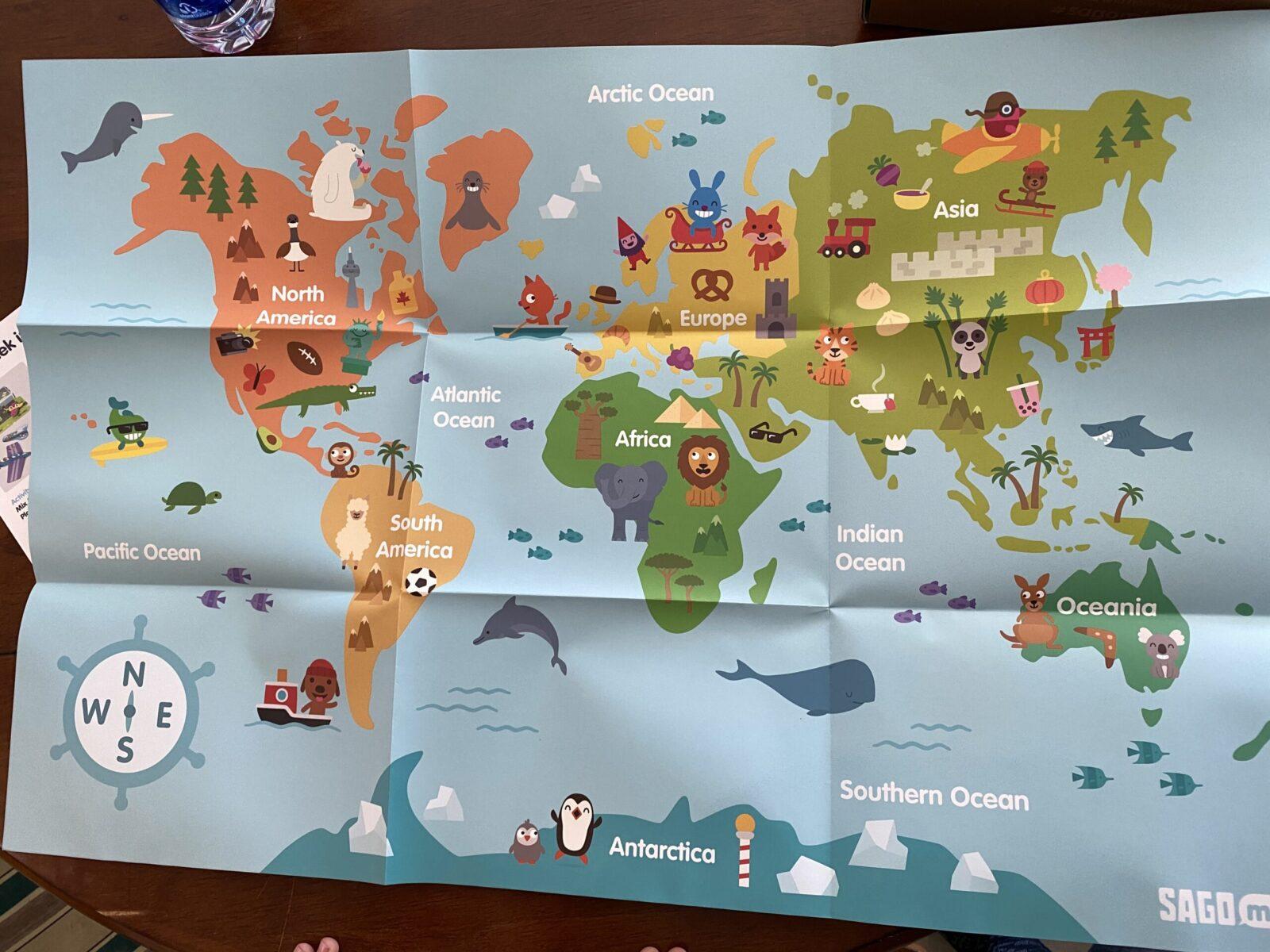 Our next envelope was from Tom and Astrid. 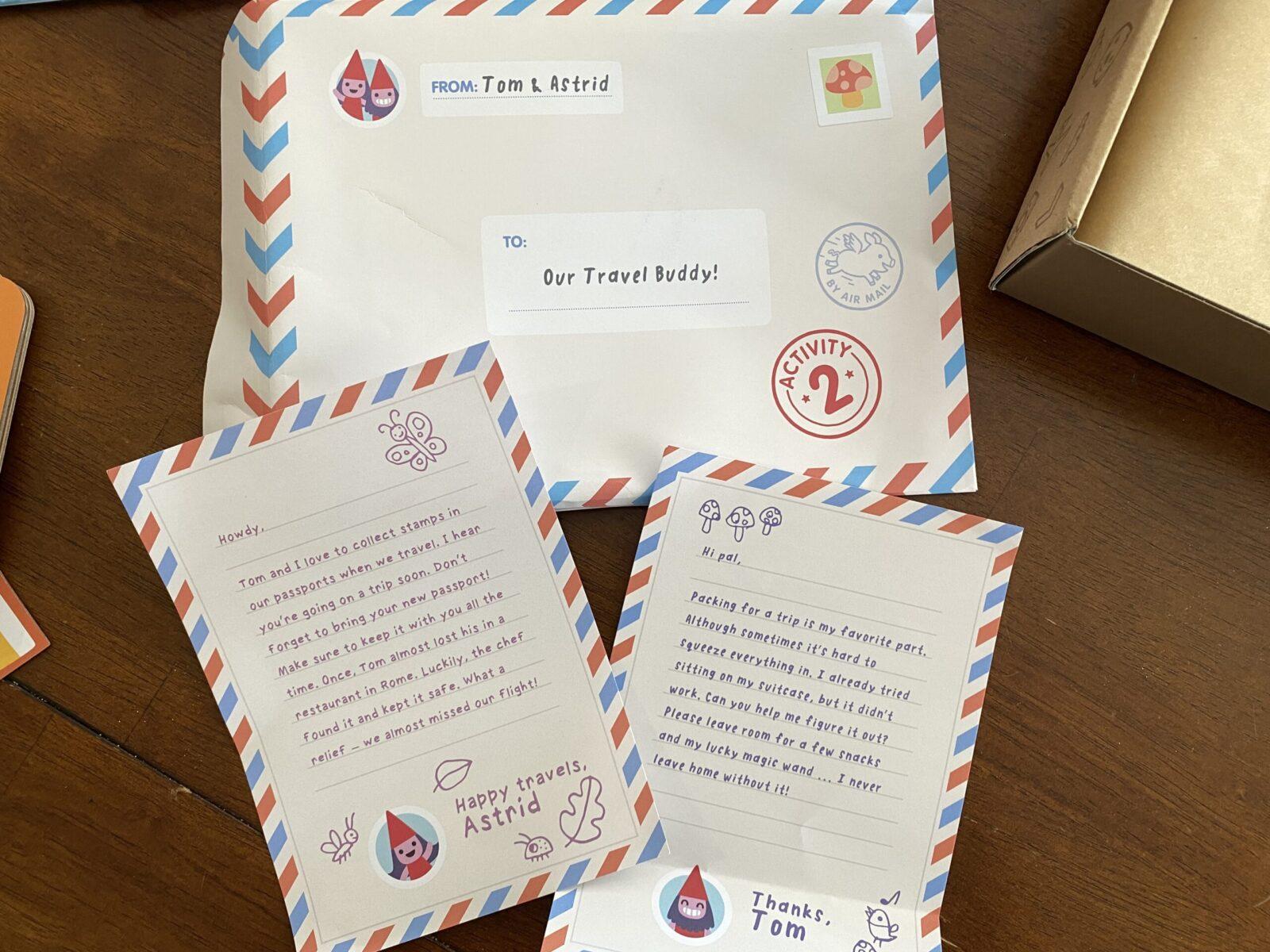 Inside was a super cute passport, with a bunch of pages to complete together. There are many more than what I’m showing. This is what I’ve come to look at as one of Sago’s “look ahead” activities because it’s something that takes a little more time to complete and might be set aside for later. 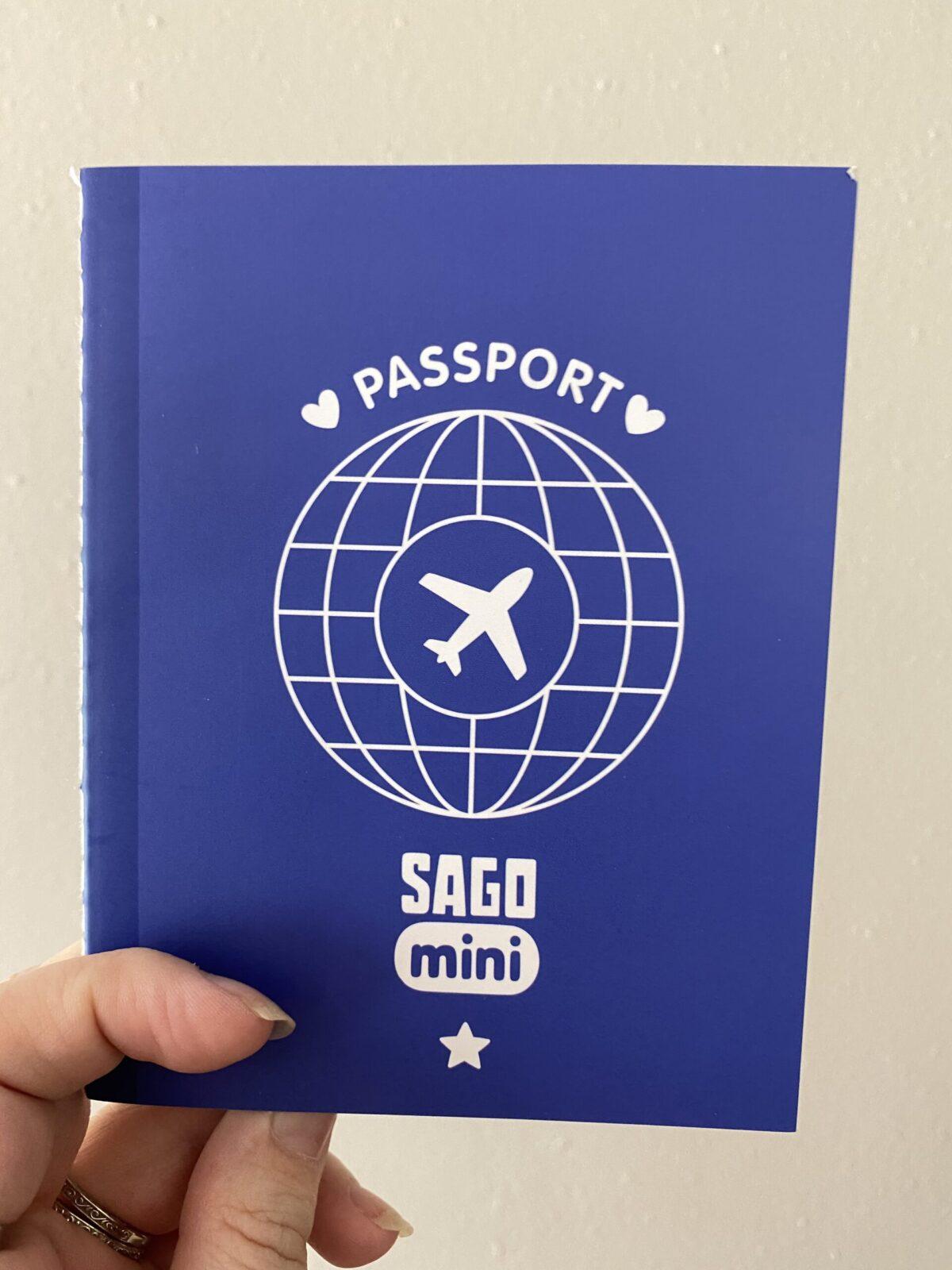 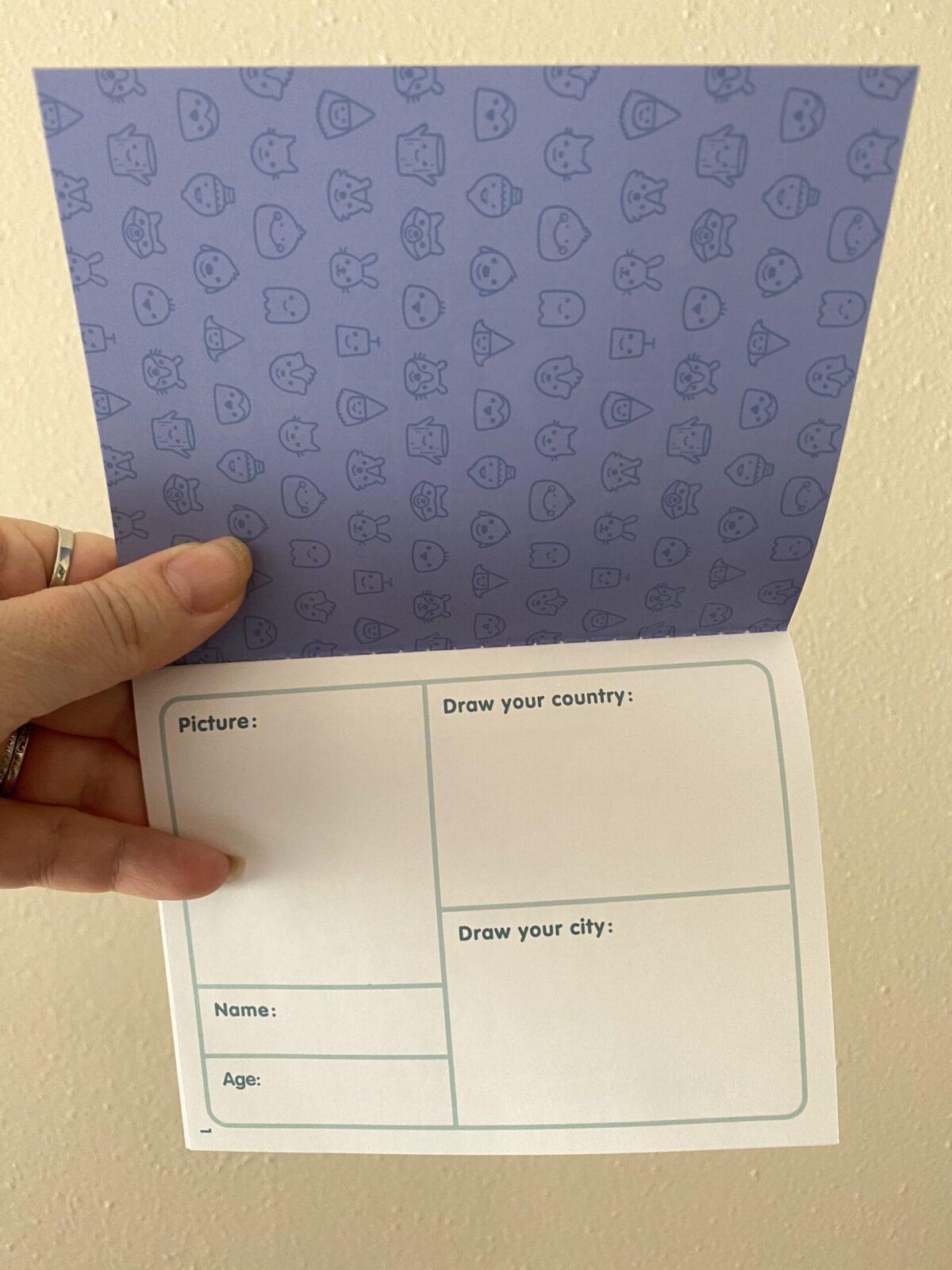 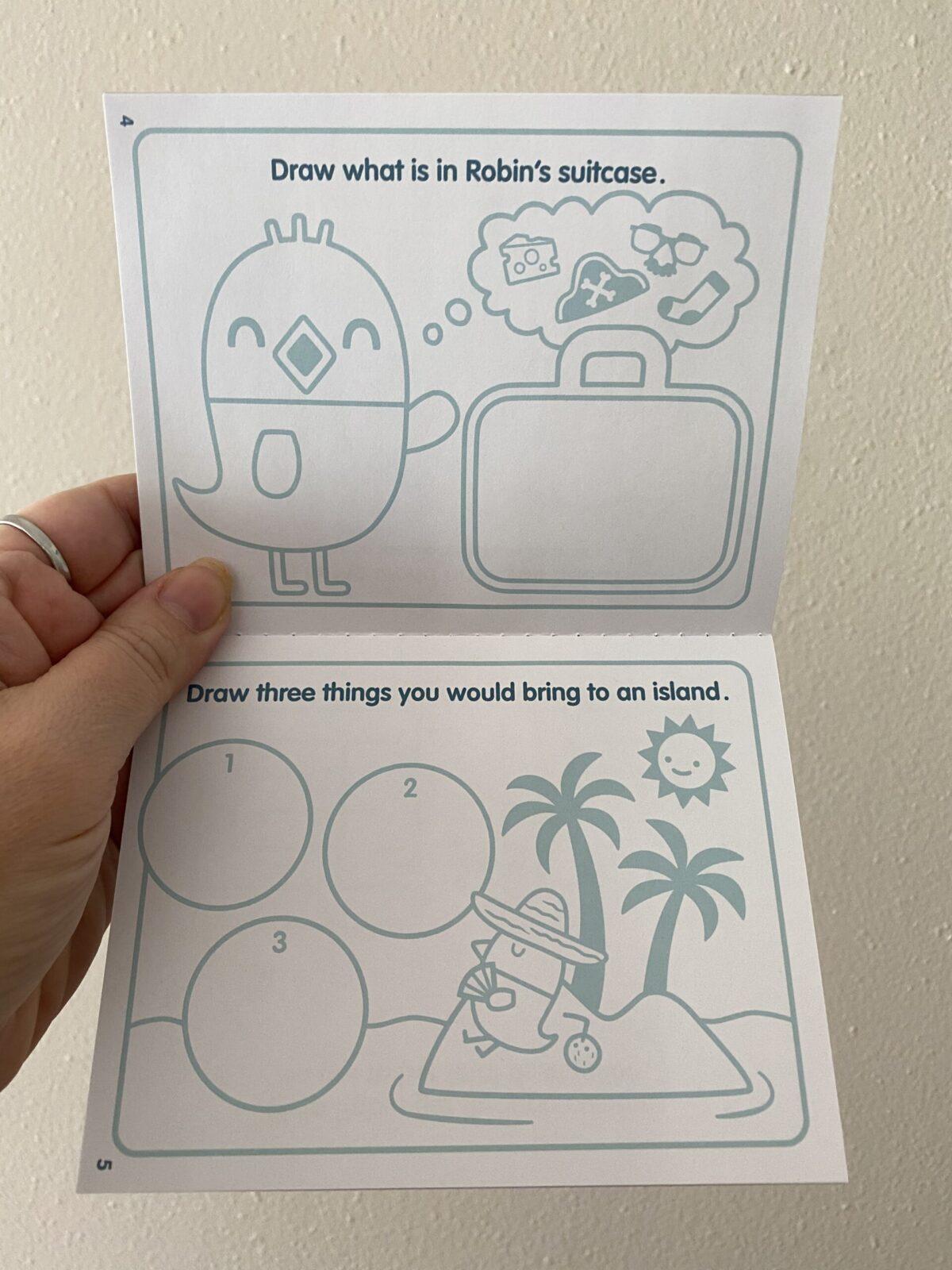 Also in the envelope was the most adorable puzzle! You help Tom pack his suitcase. 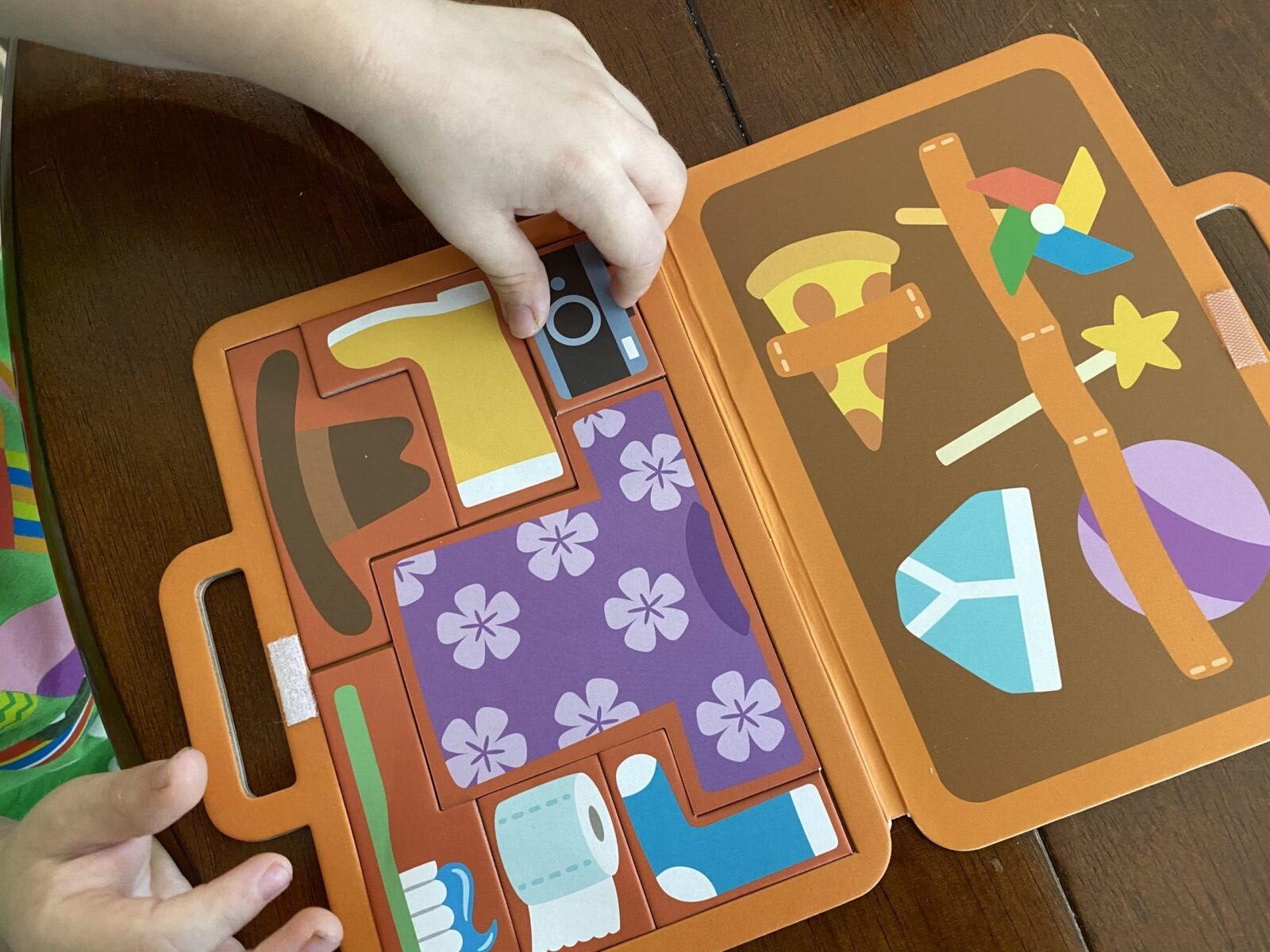 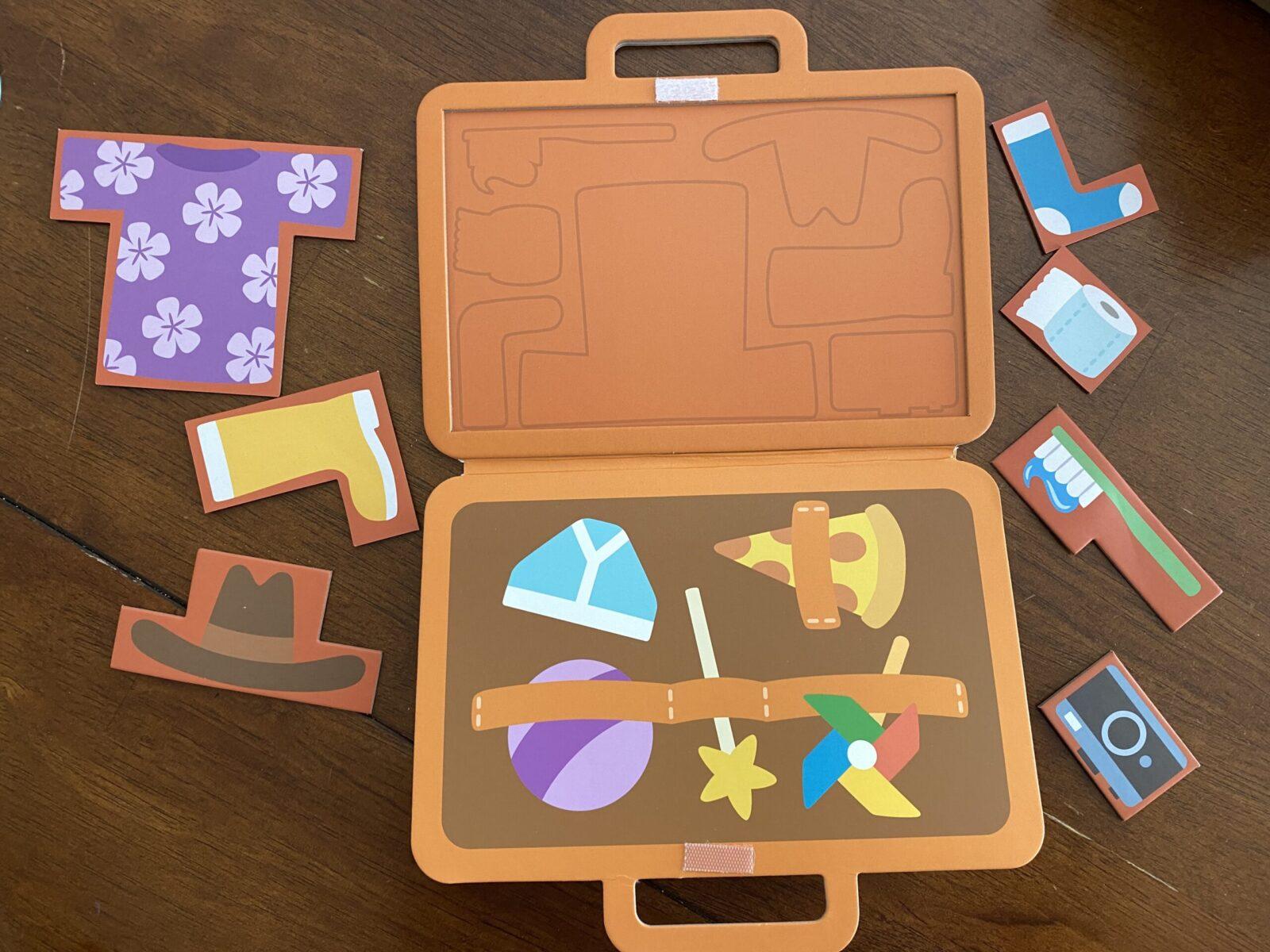 The suitcase actually closes and fastens shut with some velcro and can be decorated with some fun stickers that are included for personalization. 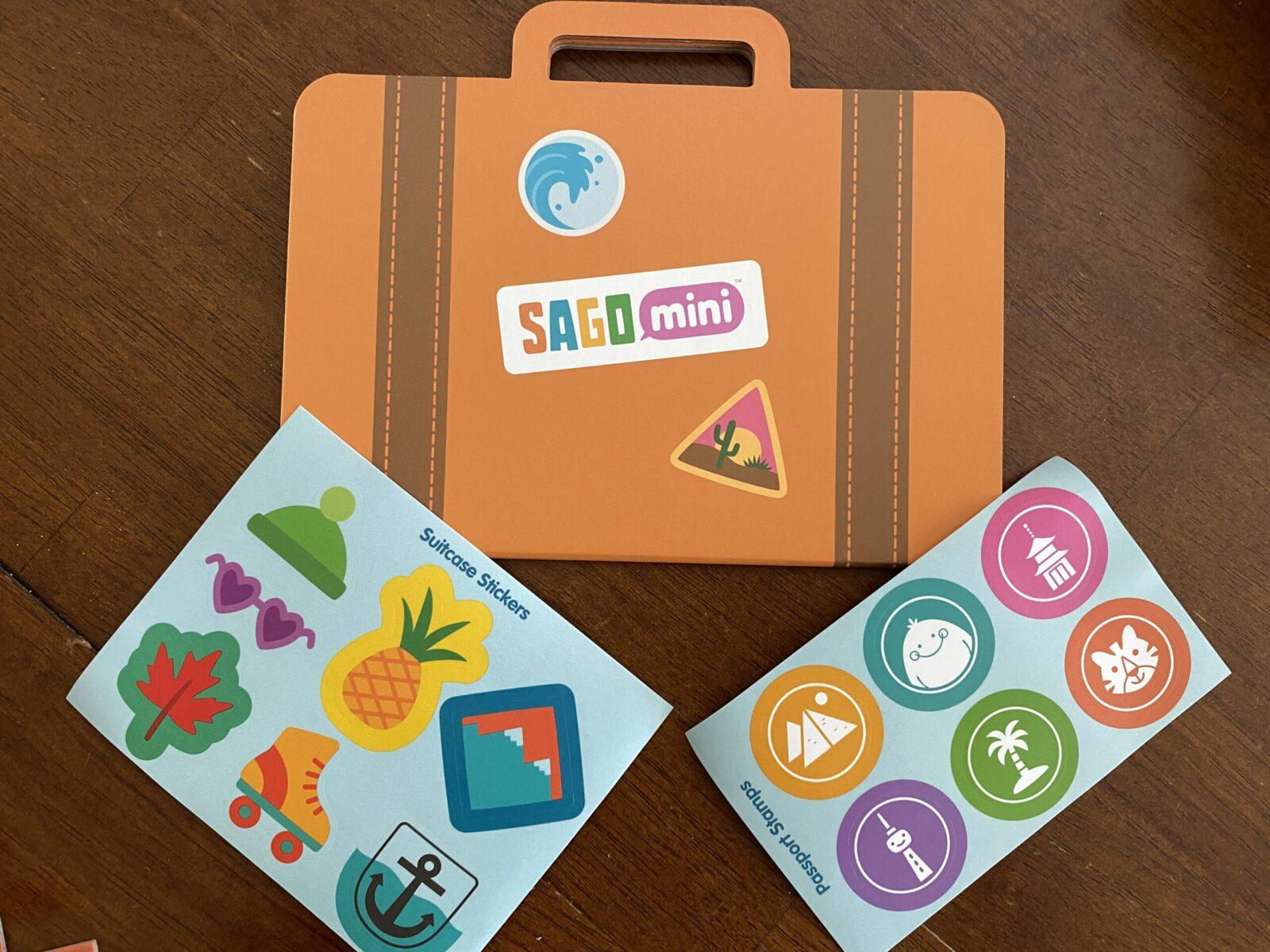 Next is an evelope from Jinja. 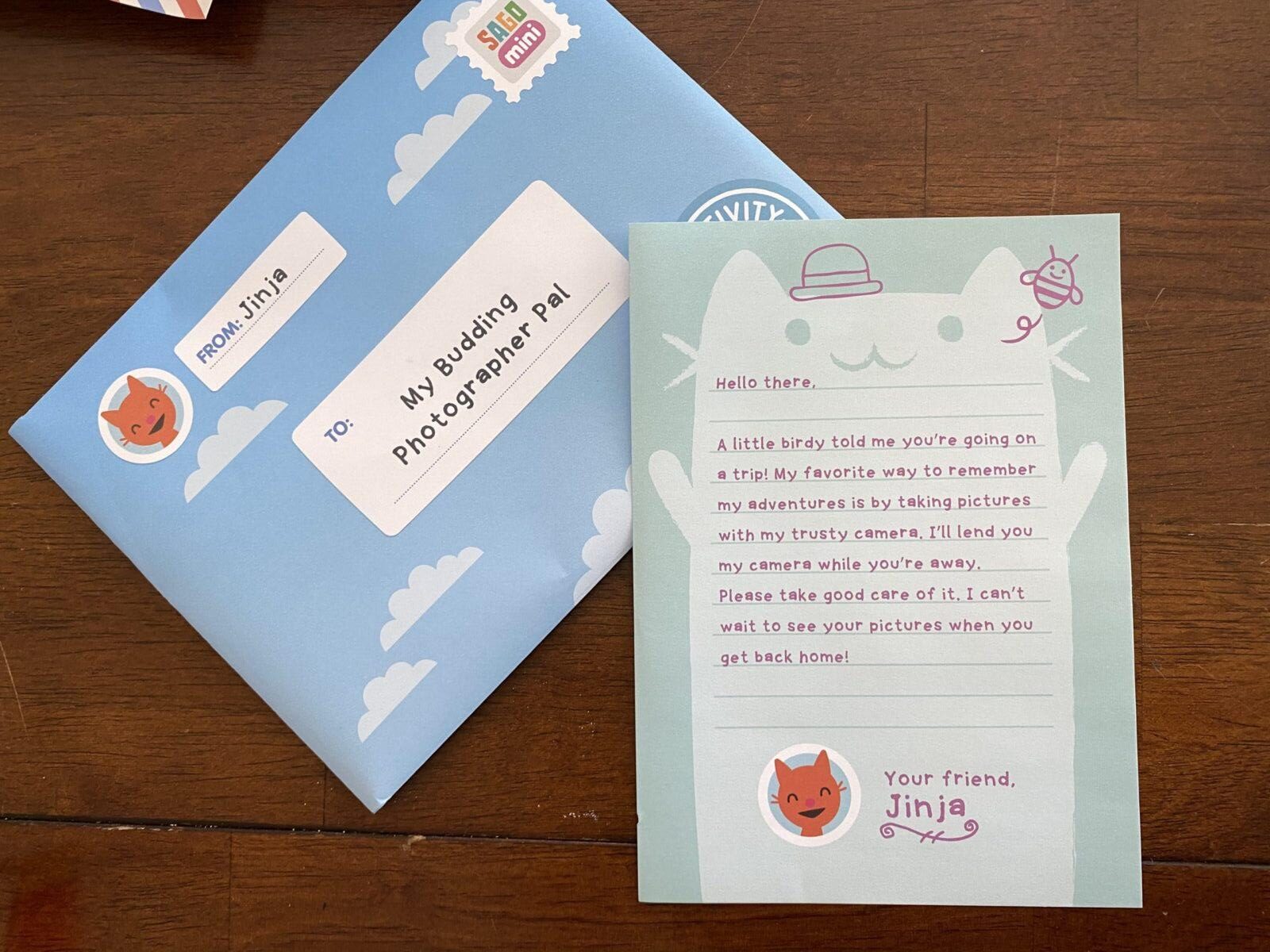 This (outside of the figure) was Bug’s favorite activity because he loves to take pictures. It was a little toy camera with cardstock photos that could be colored. 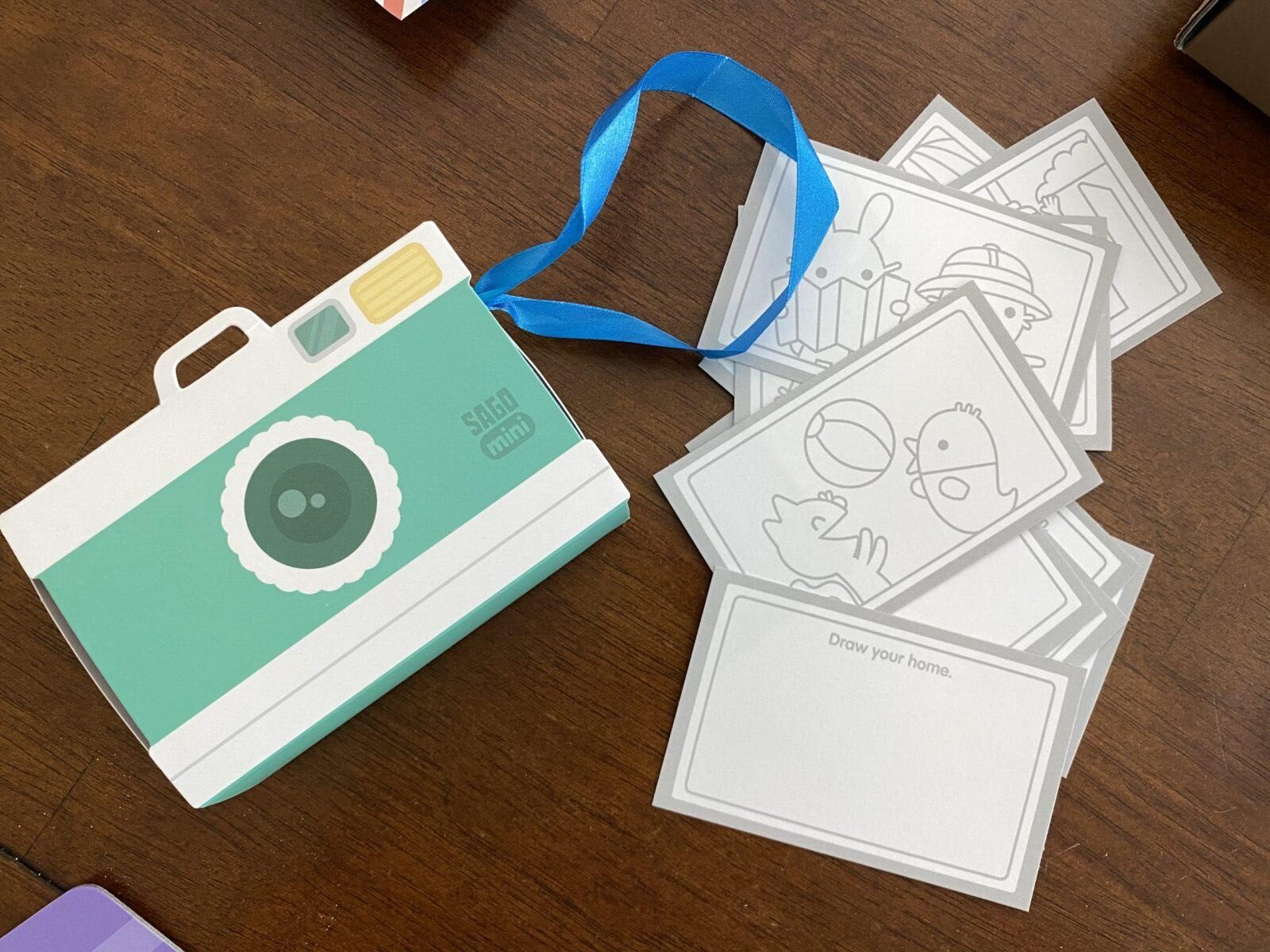 The camera is also made of light cardstock and requires easy assembly. Where you see that ribbon actually functions as a drawer so you can store the photos inside. 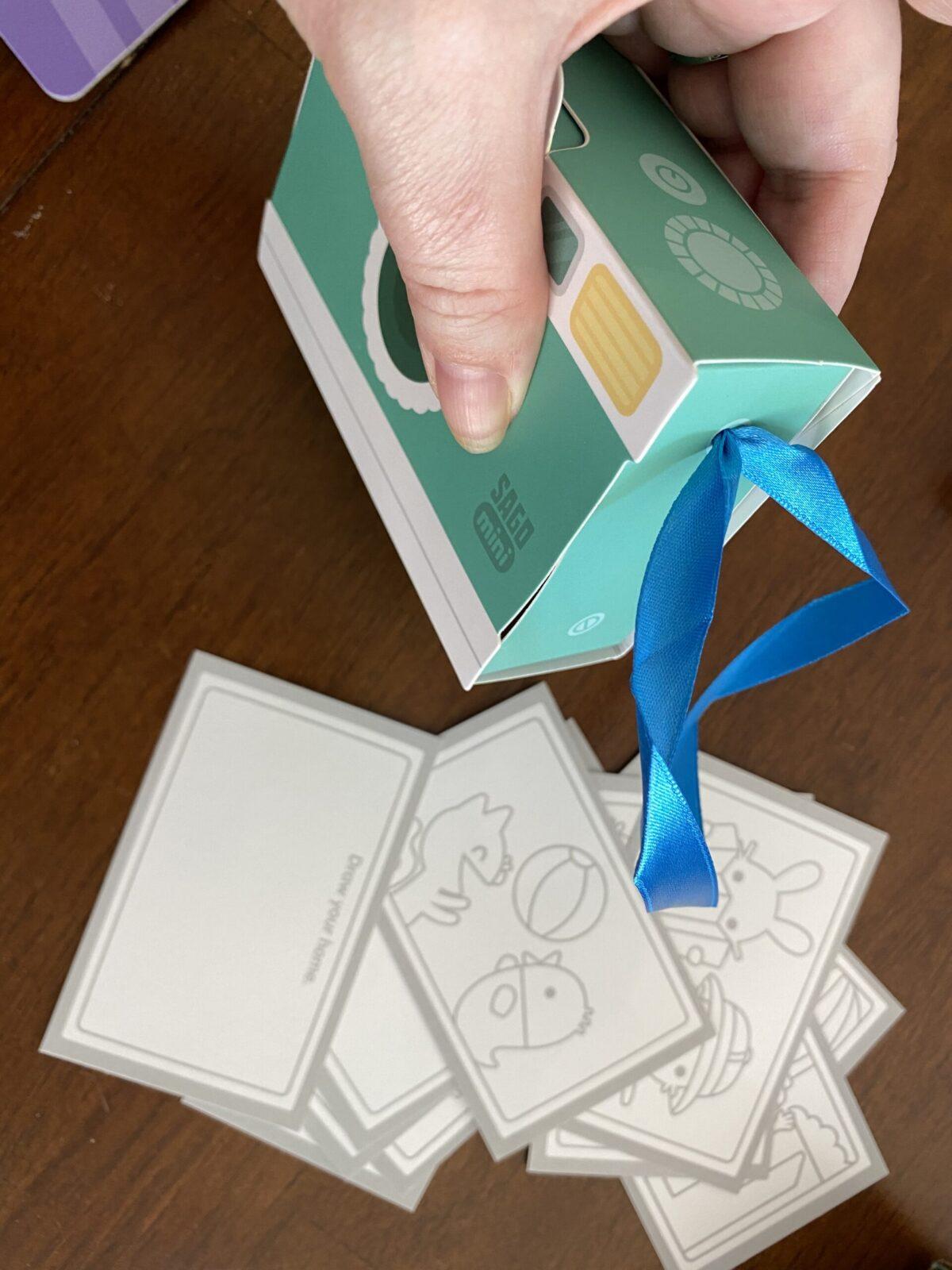 Last, but not least, just like all Sago Mini Boxes, the box turns inside out and is to be used as part of the fun. In this case, it becomes the airport and is loaded with details. 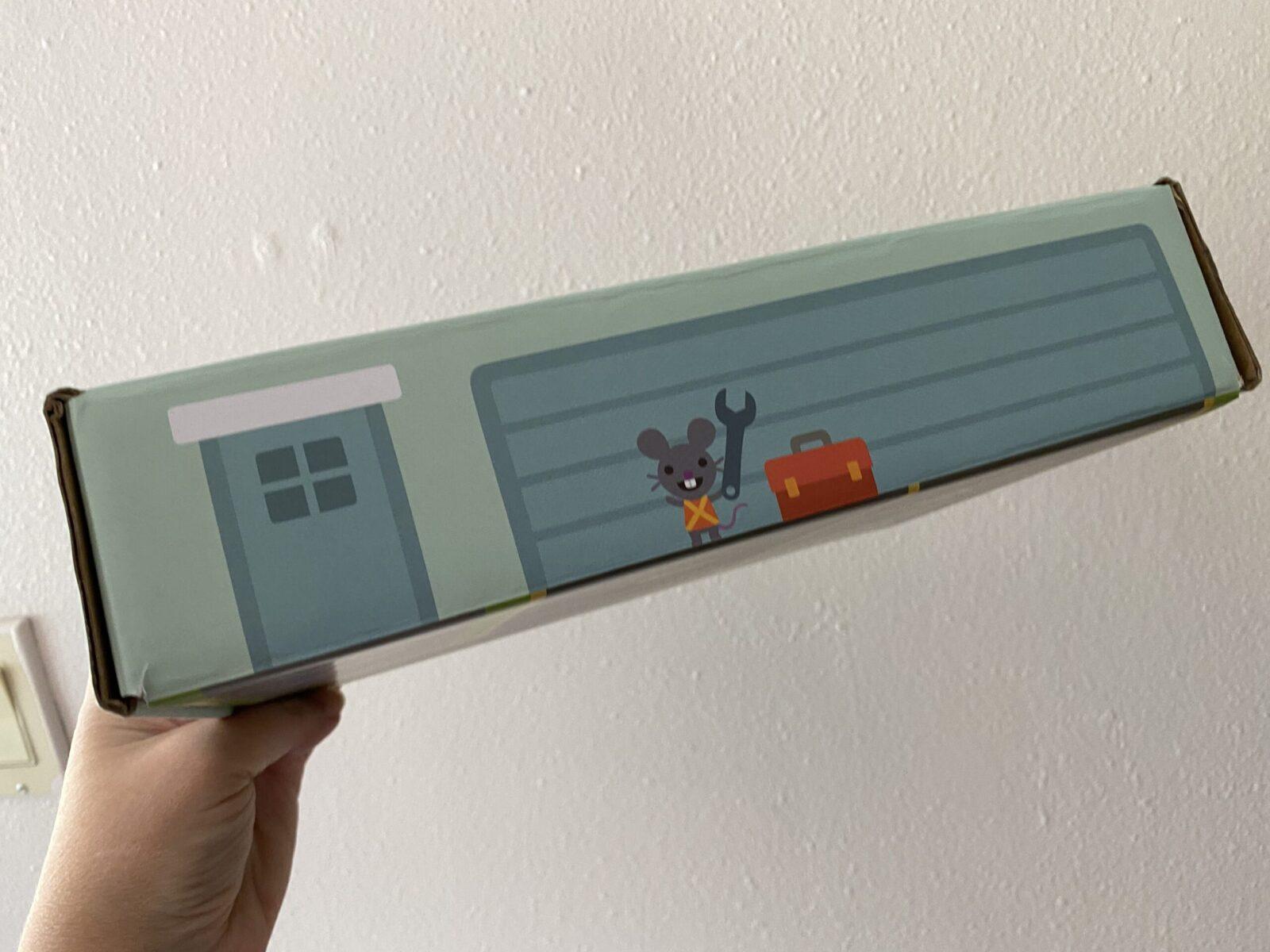 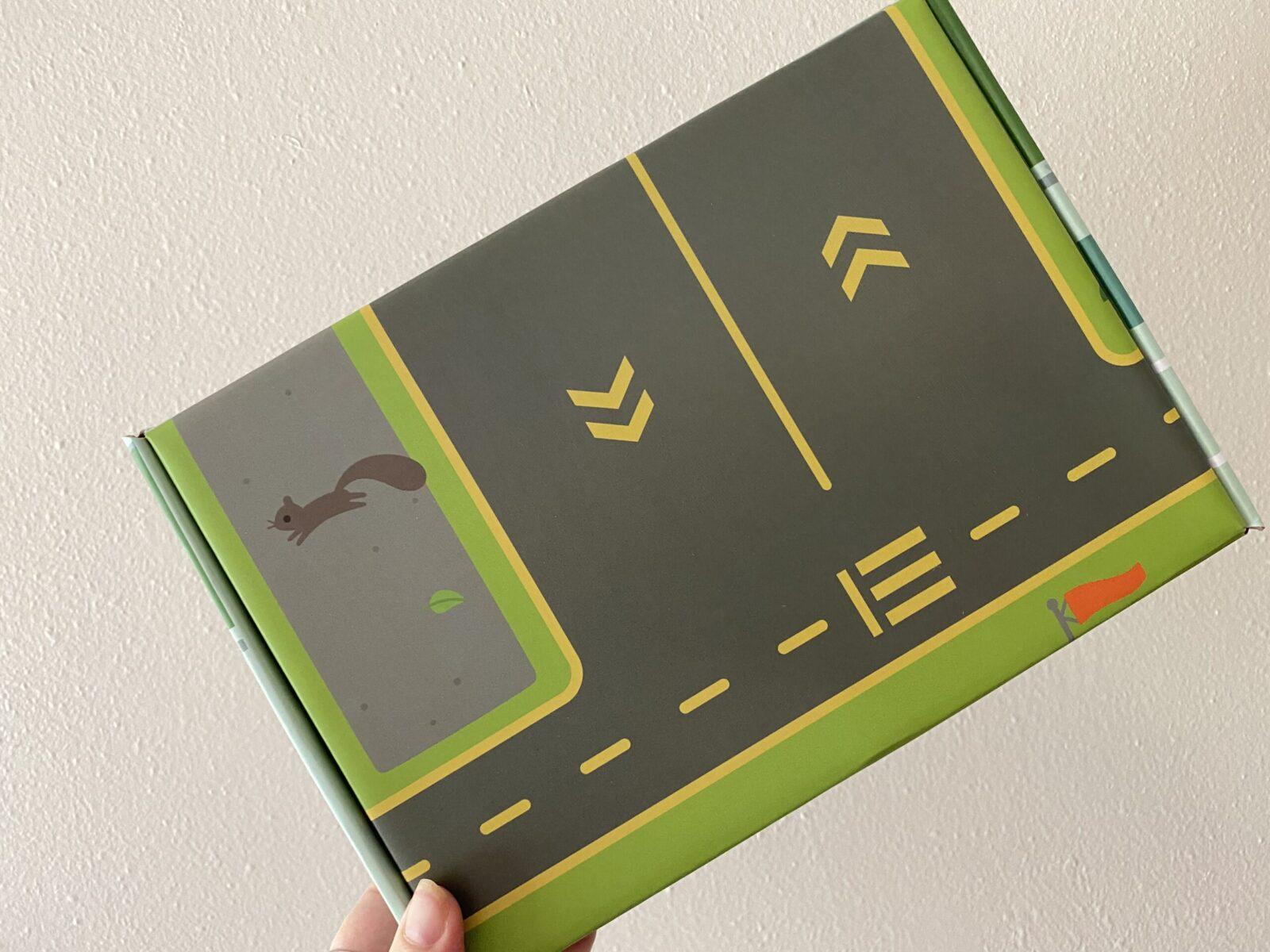 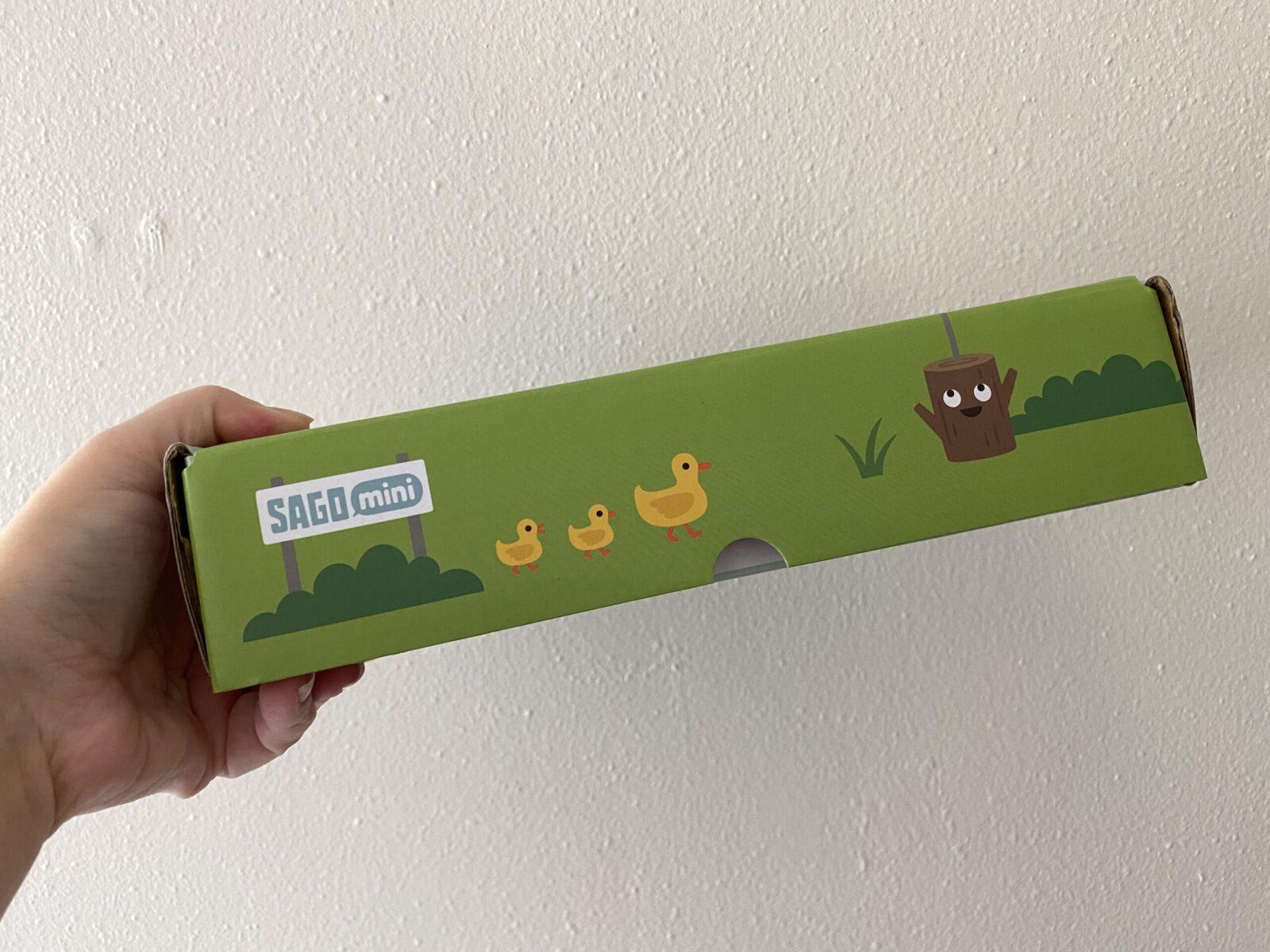 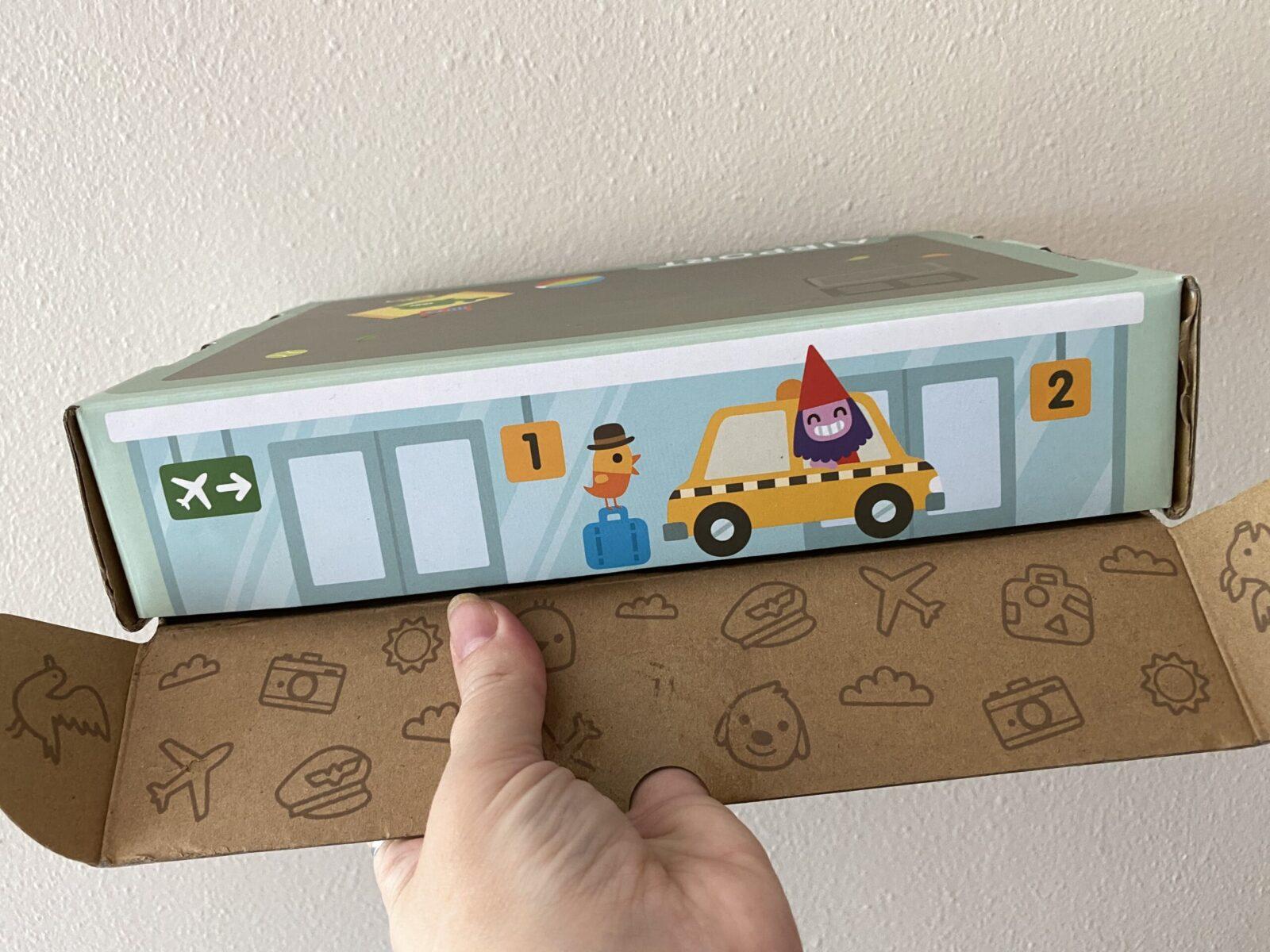 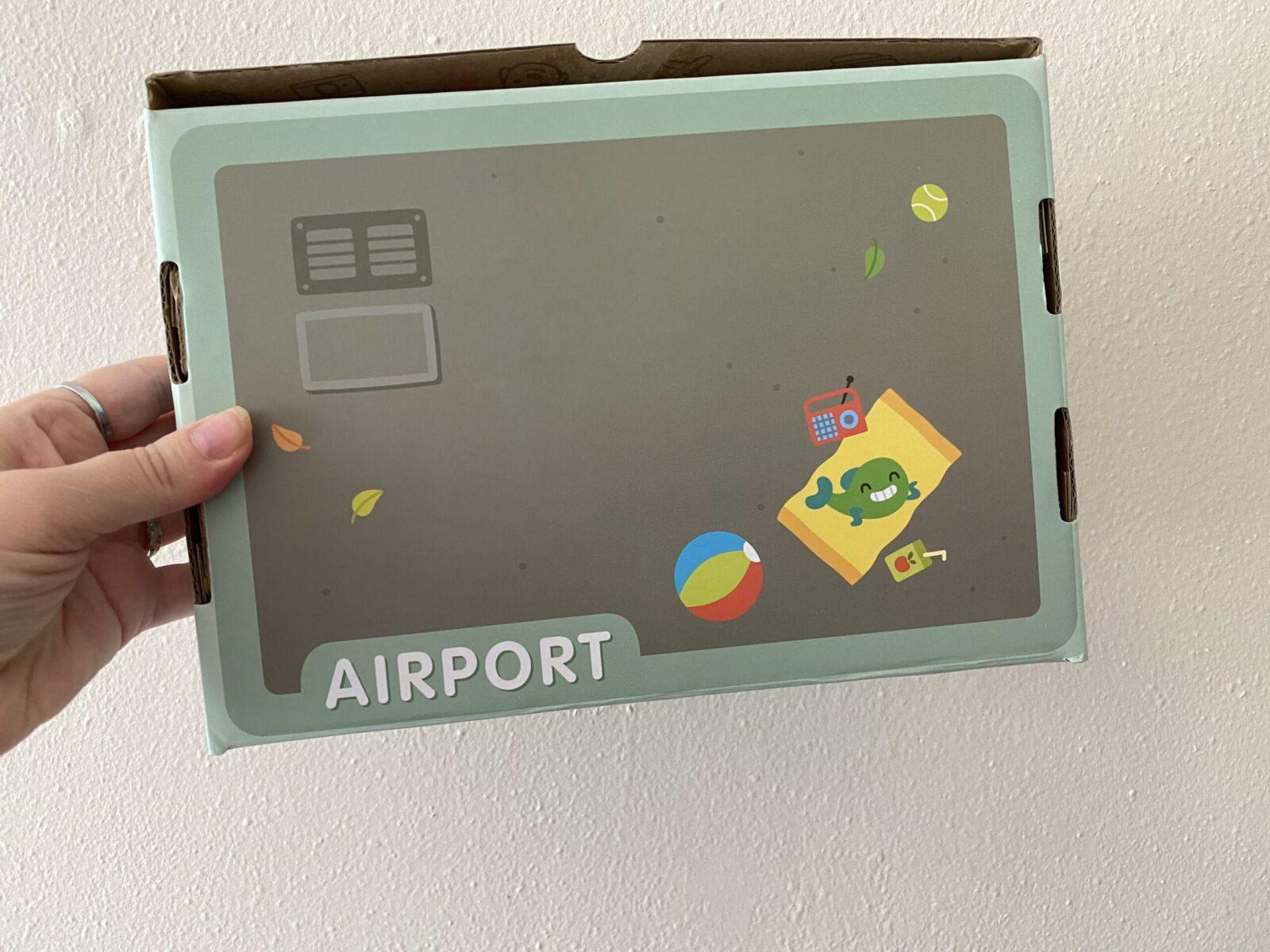 That’s it for this Sago Mini Box!

If you want to see the first Sago Mini Box, visit my article on the Sago Mini Road Trip Box.

To get your own box subscription go to:

You’ll get $10 off when you use this promo code at Checkout:

Let me know what you think of the box!