We found our Glitter Dots when we were looking for envelopes at Walmart. 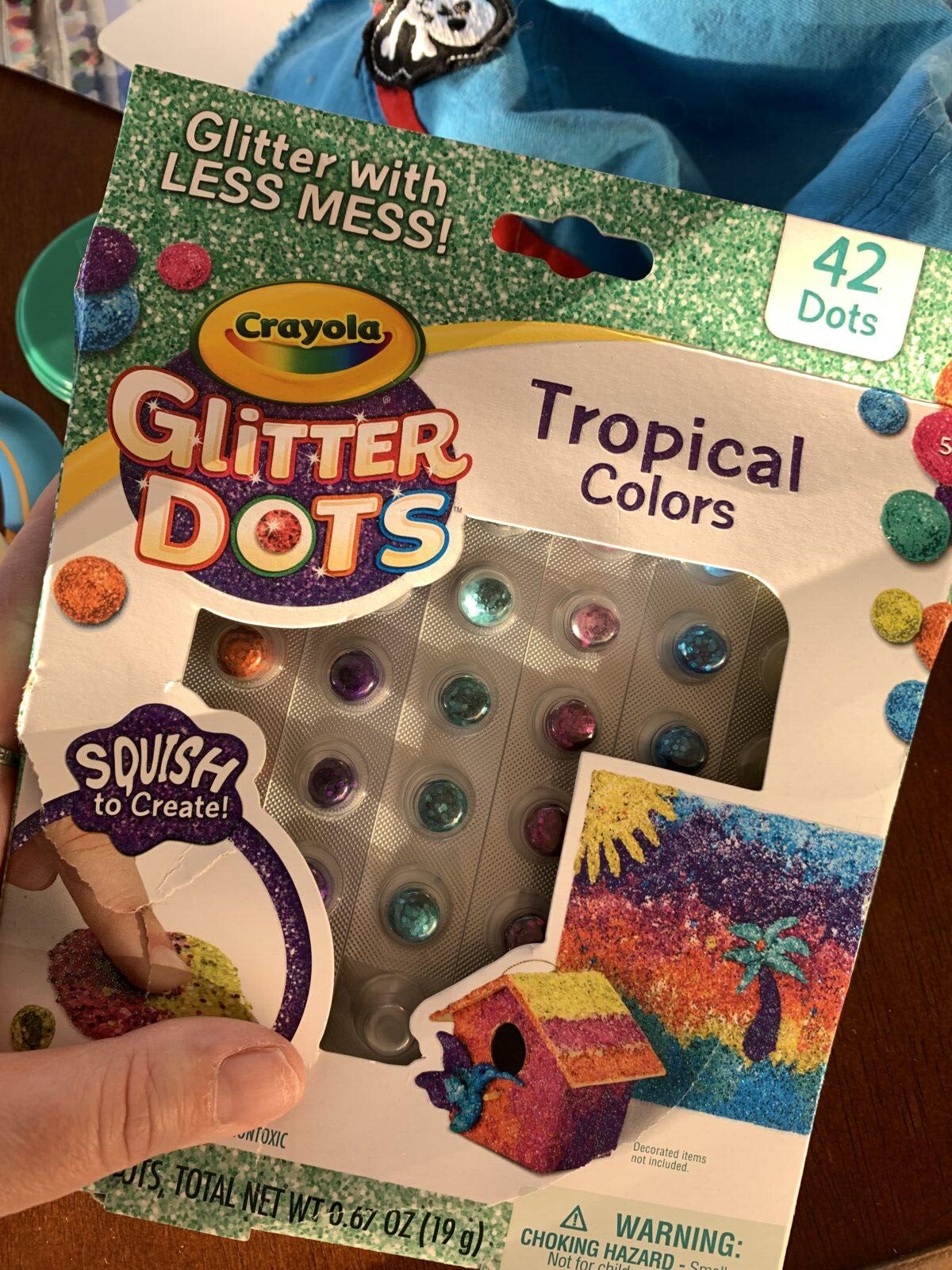 I sort of thought these would be like boba balls, an outer coating that “popped” and – SPLAT – there would be some sort of glitter goo inside that would puddle onto the paper. Instead, they were much less messy.

Each little glitter ball was individually wrapped in a blister pack, which had to be peeled. A great feature of this is you can peel back just what you need and the rest stay sealed. 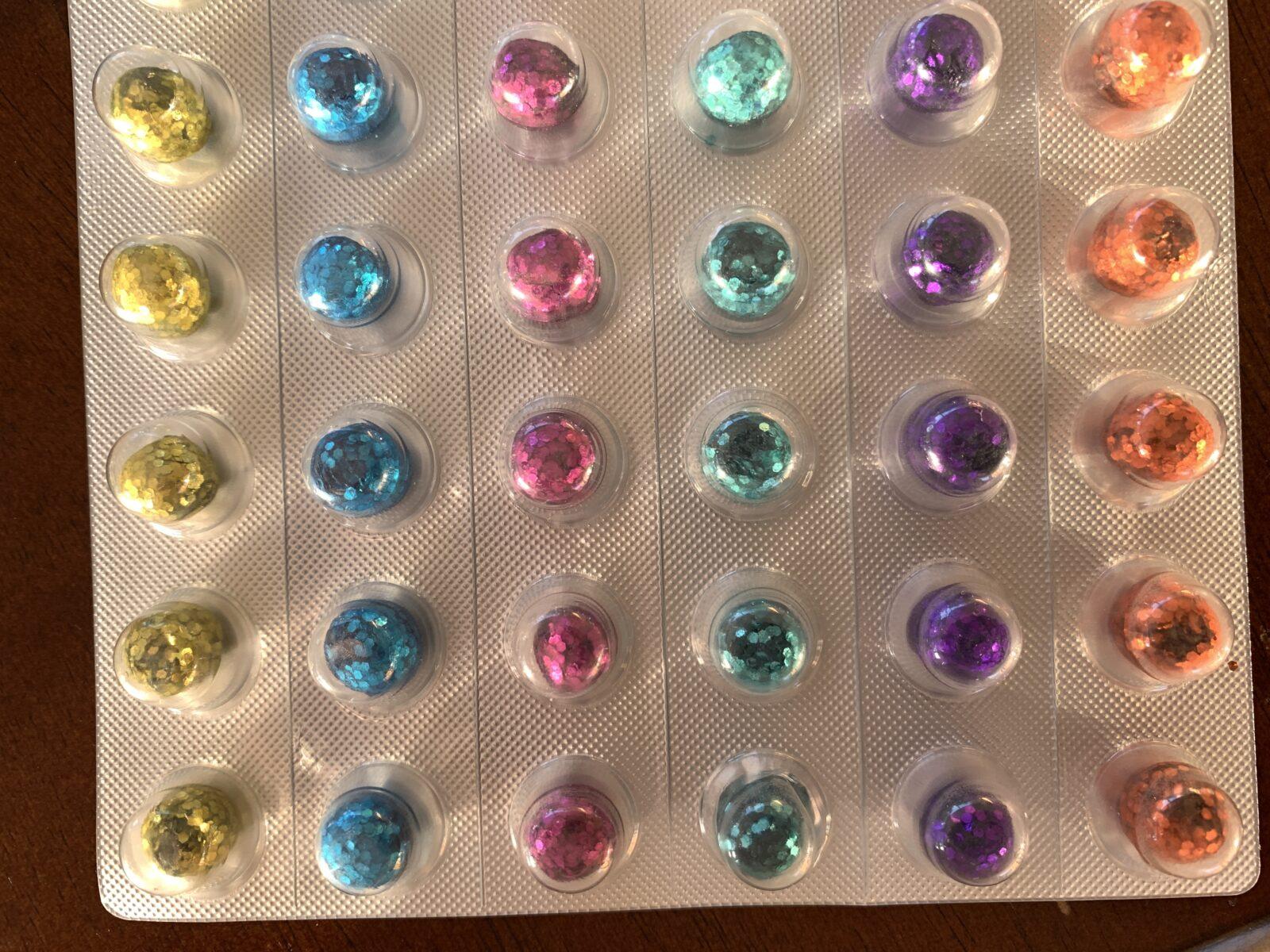 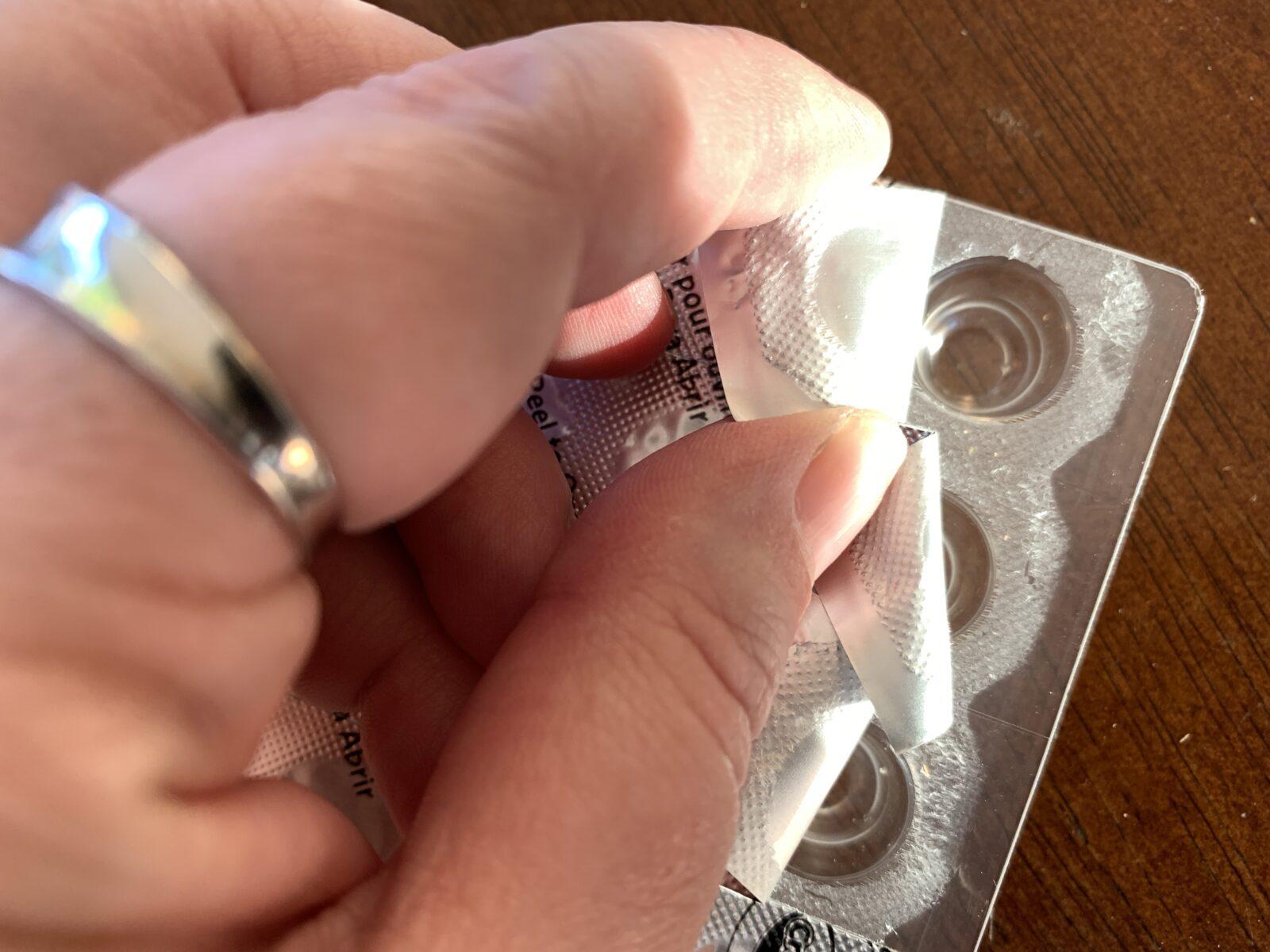 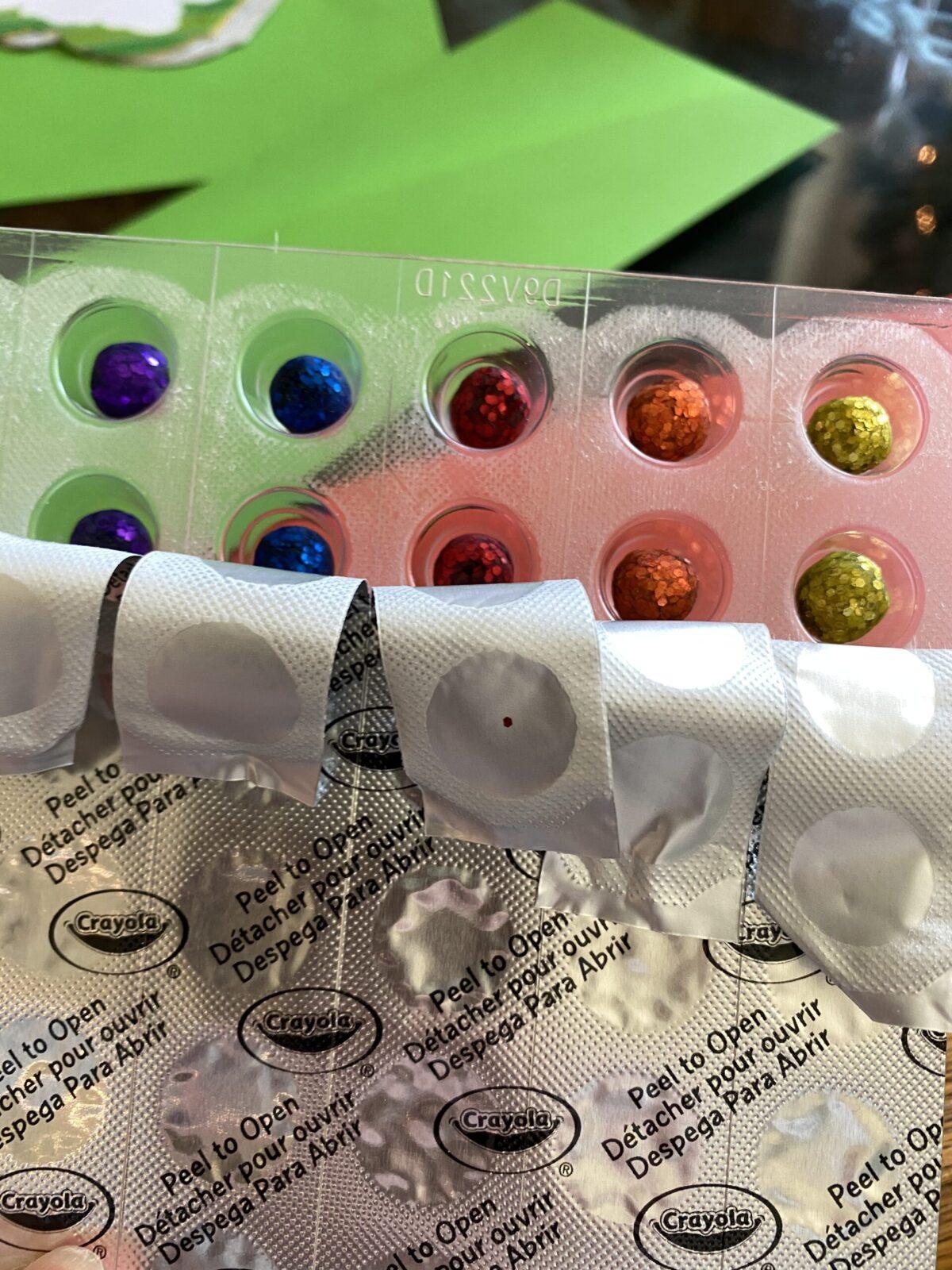 The texture of the balls is basically paste mixed with glitter. You put the ball down and push and it squishes. 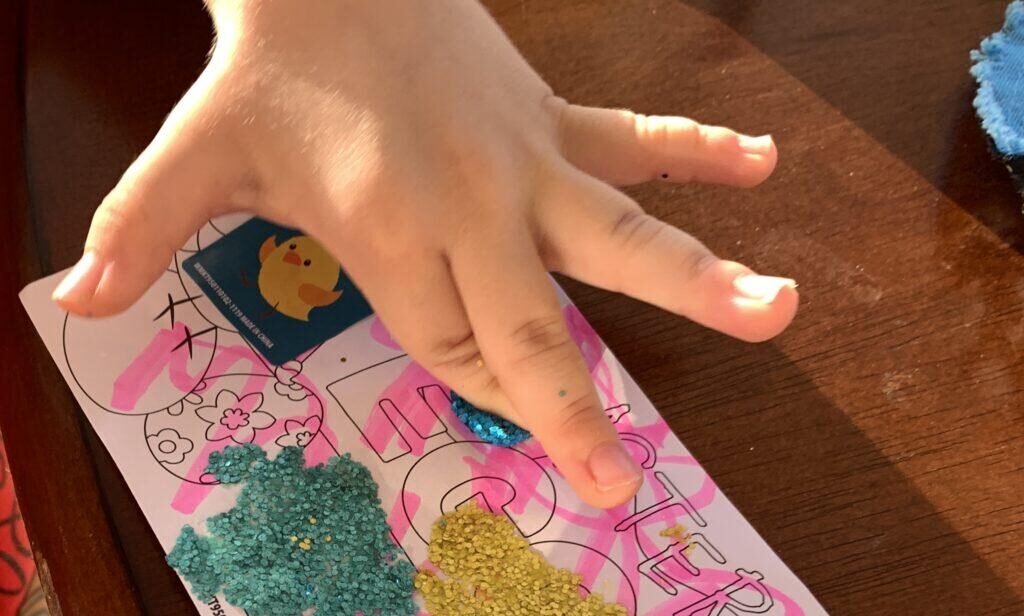 You can then squish it out to cover the desired area. 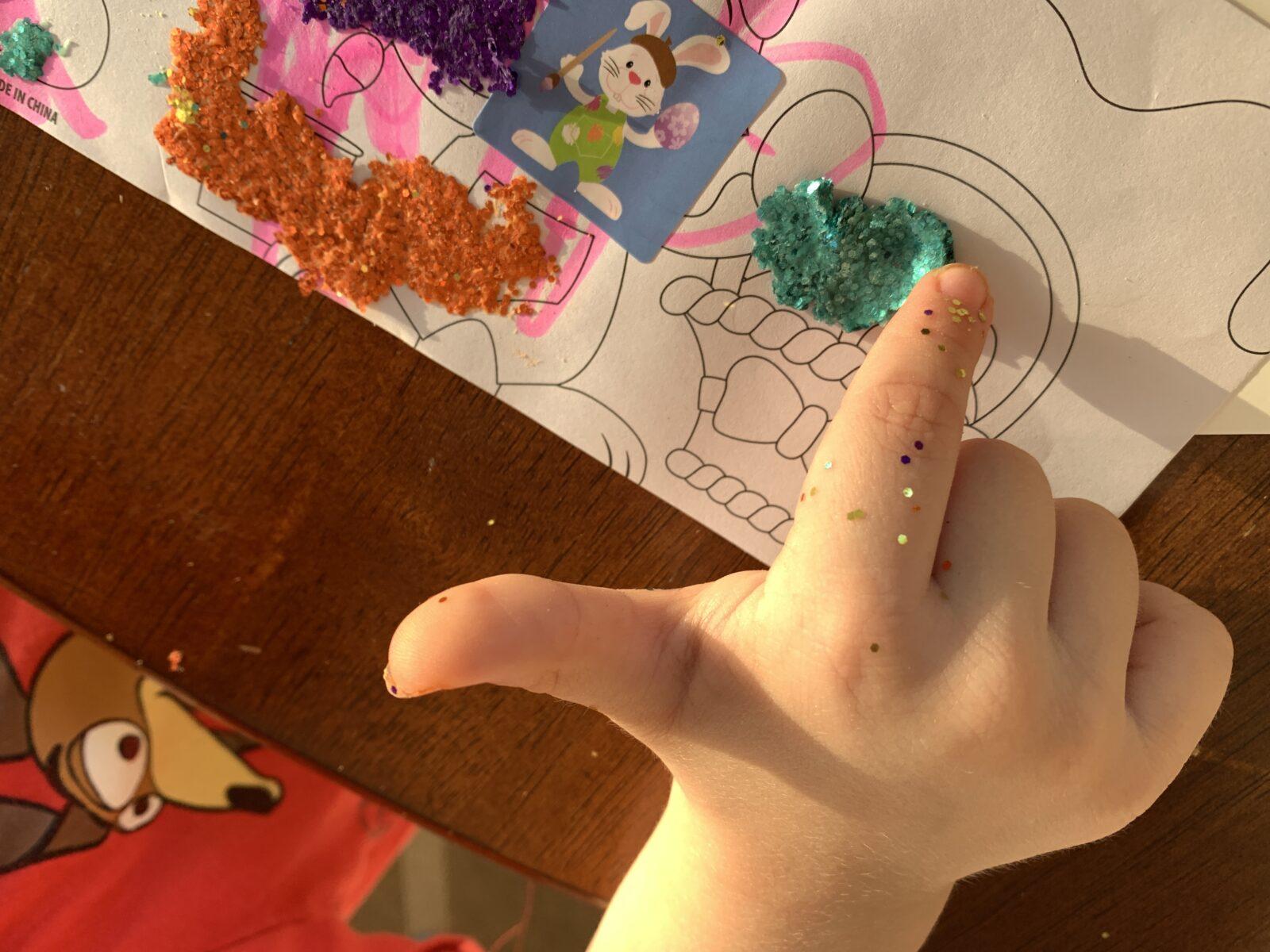 As you can see, a bit does get on the fingers, but it’s negligible and brushes right off. Mostly, it sticks where it’s supposed to. There’s not really any dry time. 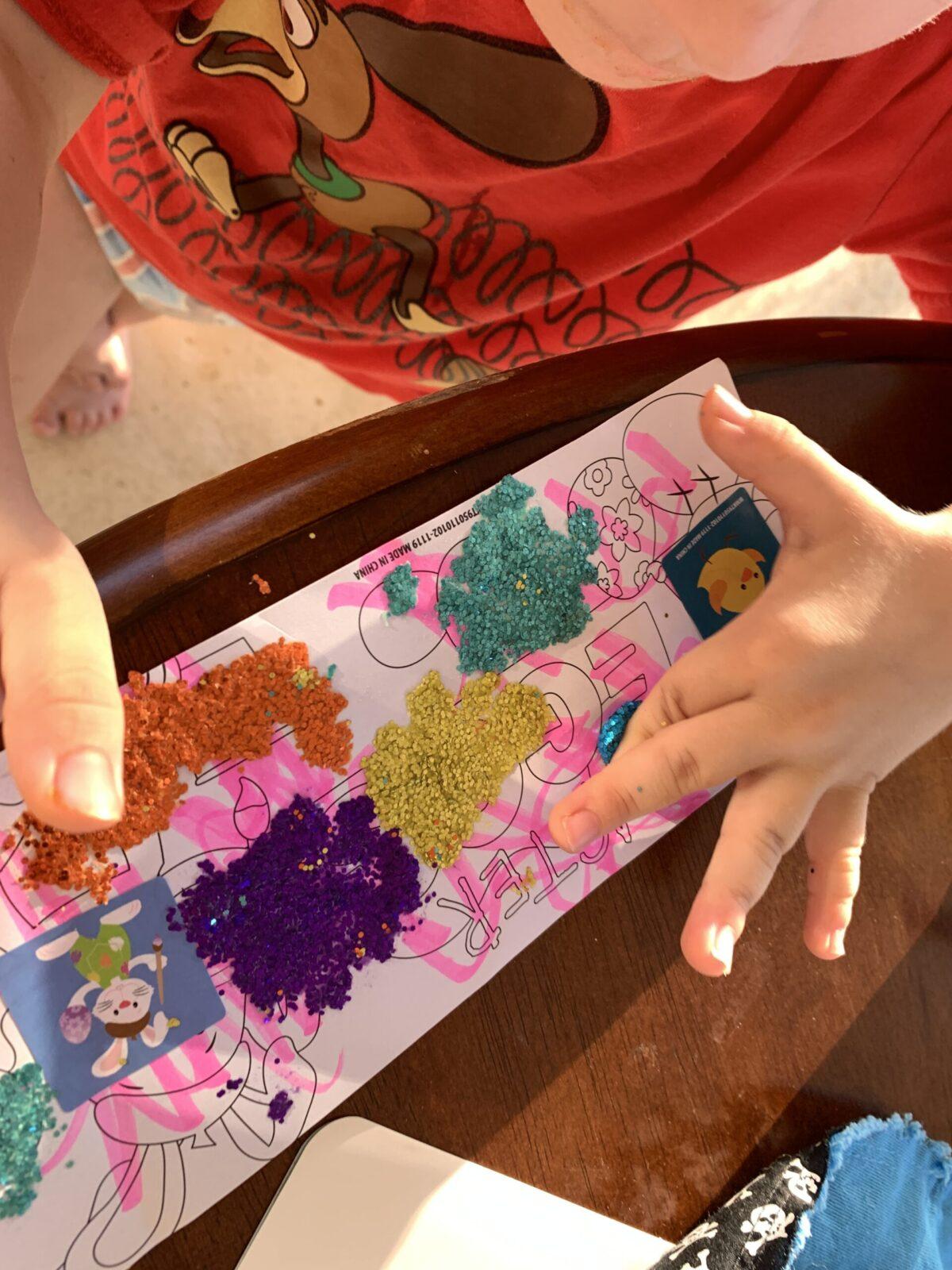 Yes, it’s cakey, but I think it’s a neat medium – especially for older toddlers and Pre-K’s. We used ours to make a mug insert from the Dollar Tree and only used 6 of the balls. 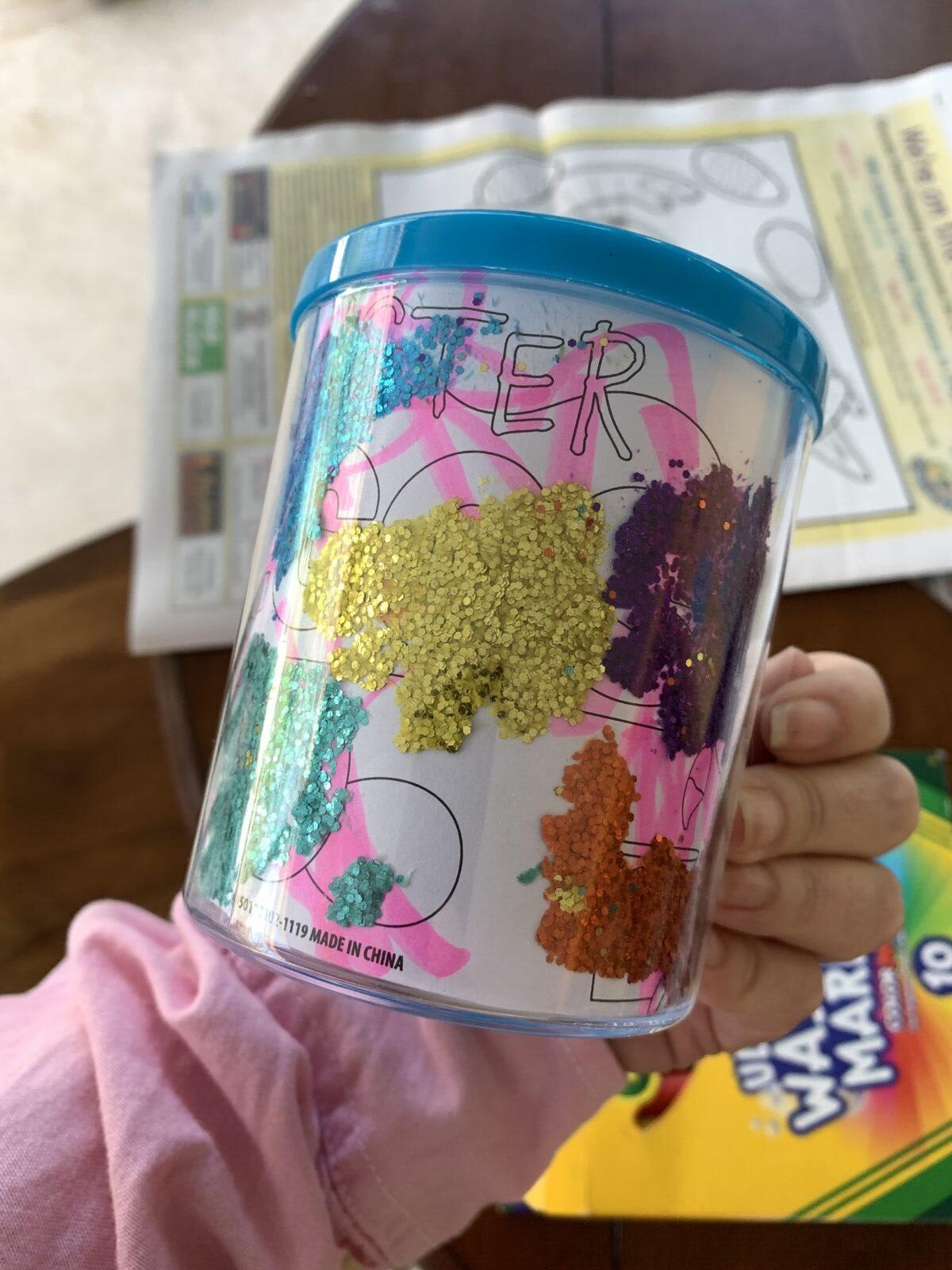 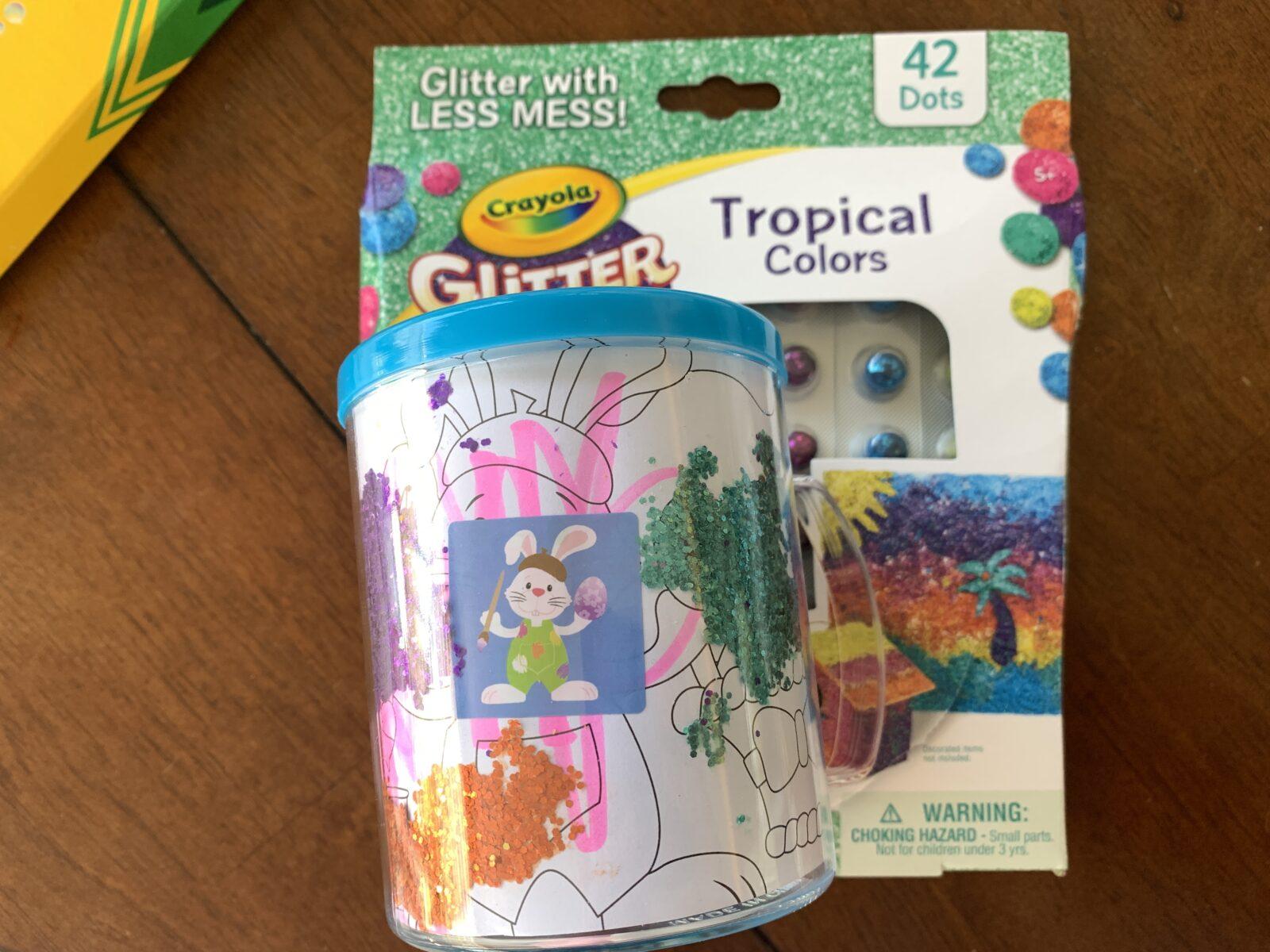 The dots cost around $6, but as I said I’m pretty sure you could make your own or something similar just by stirring a glob of paste into glitter. That would, however, be messy and pretty time consuming, so I’d recommend just trying the premade.

One last quick positive note – These don’t stick to clothing and the glitter is really contained in the paste. While some of the glitters may stick to fingers, it’s minor. It really is a very “clean” craft media.

One last negative note – The paste will not always stick to the paper. We tried sticking it to colored envelopes for Christmas gifts and the dots would not stick at all. We had to use glue to get them to adhere.

Overall, the dots are fun but have some limitations.