I first saw this toy on the Fisher Price Website. It was on sale, but was sold out because it was discontinued in 2016.

The set came with the following. 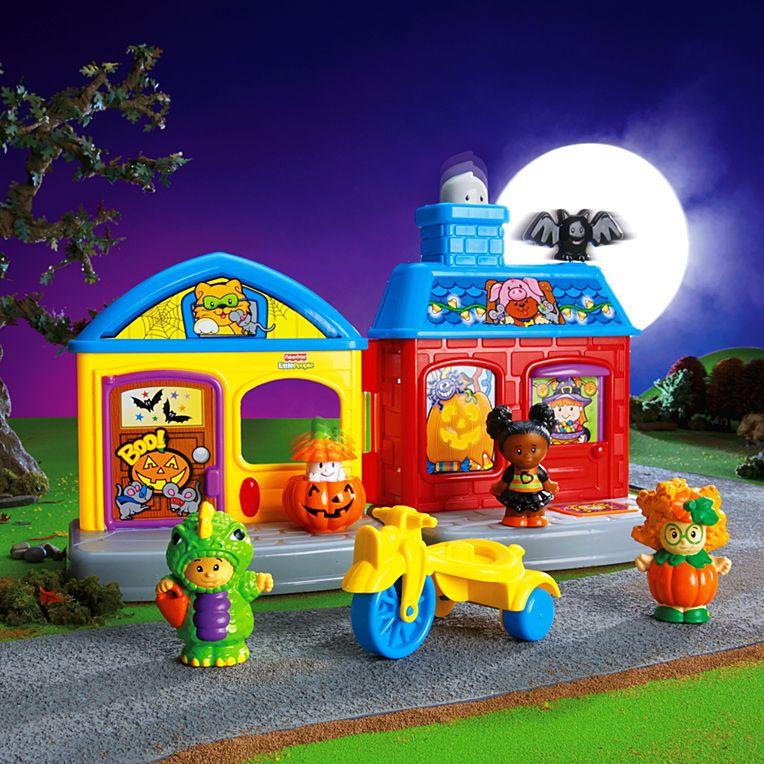 Fun Facts About the House:

Lights, sounds and spooktacular action surprises! Ring the doorbell and a light turns on inside the house. Move the bat to hear spooky sounds and Halloween music — watch out for the pop-up ghost! Press on the door mat to hear fun sounds; pop the top of the jack-o-lantern for a peek-a-boo surprise! House opens wide for two-sided play, then folds closed at the end of the day with everything stored inside. Includes freewheeling trike and costumed Koby, Sofie and Tessa figures.

Amazon: Occasional (This is where I bought mine. I paid $45 for it new. The link to the listing is below.)

Walmart: Rarely (from a secondary seller)

Please note, “Listing Price” is what hopeful sellers will try to sell for hoping a collector will buy it. “Selling” is the price the item is most often currently sold for online. None of these included shipping.

Garage Sale Pricing: I’ve found this item at local sales and on places like Craigslist ranging from $13 – $20, depending on what comes with it.

Note: It’s not uncommon for adults to collect Little People. This is part of the reason that this particular toy series can get pricey on the secondary market.