How Gypsy Was Added to Our Family

I’ve always been a bit of a homebody, but still had a longing to see this big beautiful world. To be frank, what made me a homebody was a deep-seated nervousness about traveling. But, what if I could both travel AND be home at the same time? RVing seemed to be the perfect marriage of the two.

When I brought the idea of looking at RVs up, my husband was hesitant. We’d talked about traveling a lot while dating, but he hadn’t really envisioned it via campground. Not that he was against campgrounds, but…

He was doubtful, to say the least. I think he was imagining those old campers with fake velvet seats, a musty smell, and terrible fake cabinetry from back in the day. This, in addition to the expense, made him skeptical. via “all things with a purpose” These things made a lot of good memories back in the day!

Finally, we went to Camping World to look at the dozens of options. I skipped, hand in hand with our toddler, as we entered the store and asked someone to show us around. We were just coming out of the pandemic, so the lady behind the counter handed us a master key and told us to help ourselves. 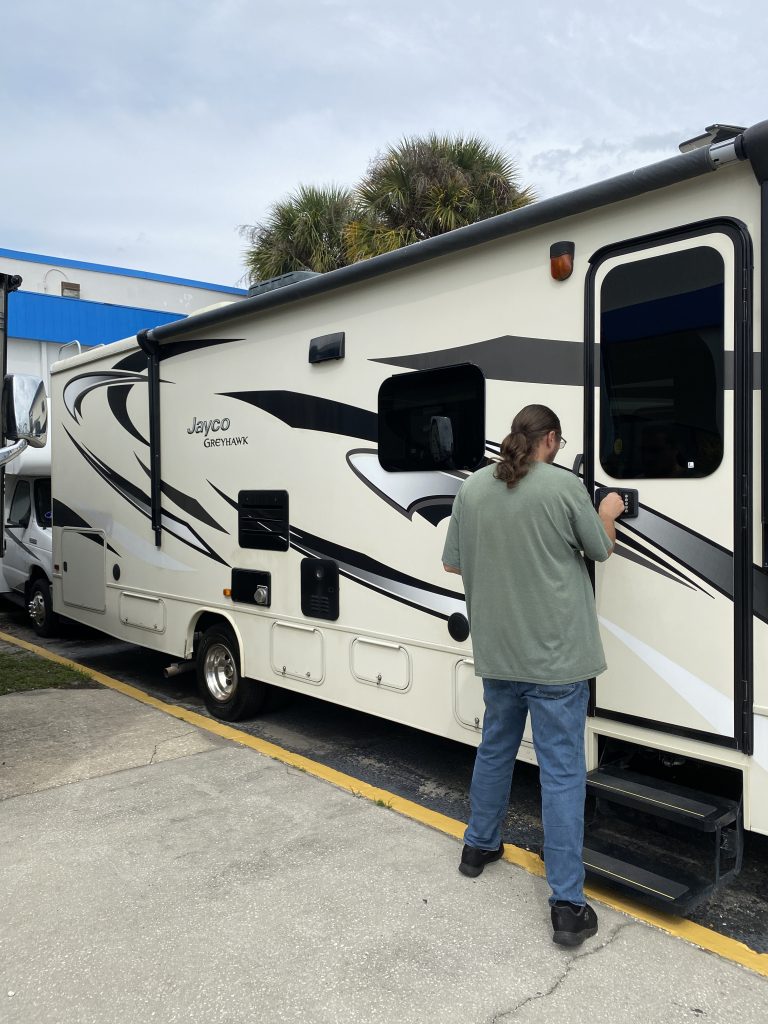 We looked at everything from the basic trailers to the high-end diesel pusher Class A’s.

The ceilings in the trailers were too short for my very tall husband. The fifth wheels were amazing and luxurious, but we lacked a tow vehicle. Class Bs (which are the vans) were too small for our lifestyle. That left Class A’s and Class C’s.

We fell in love with a little Jayco Redhawk 31F. The pass-through bathroom felt roomy and the bunks would be the perfect place for Bug to have his own “room” of sorts. I loved the idea of putting a skylight above the cab-over bunk. So, we went home to think about it.

But, that one didn’t work out. Someone else bought it first. 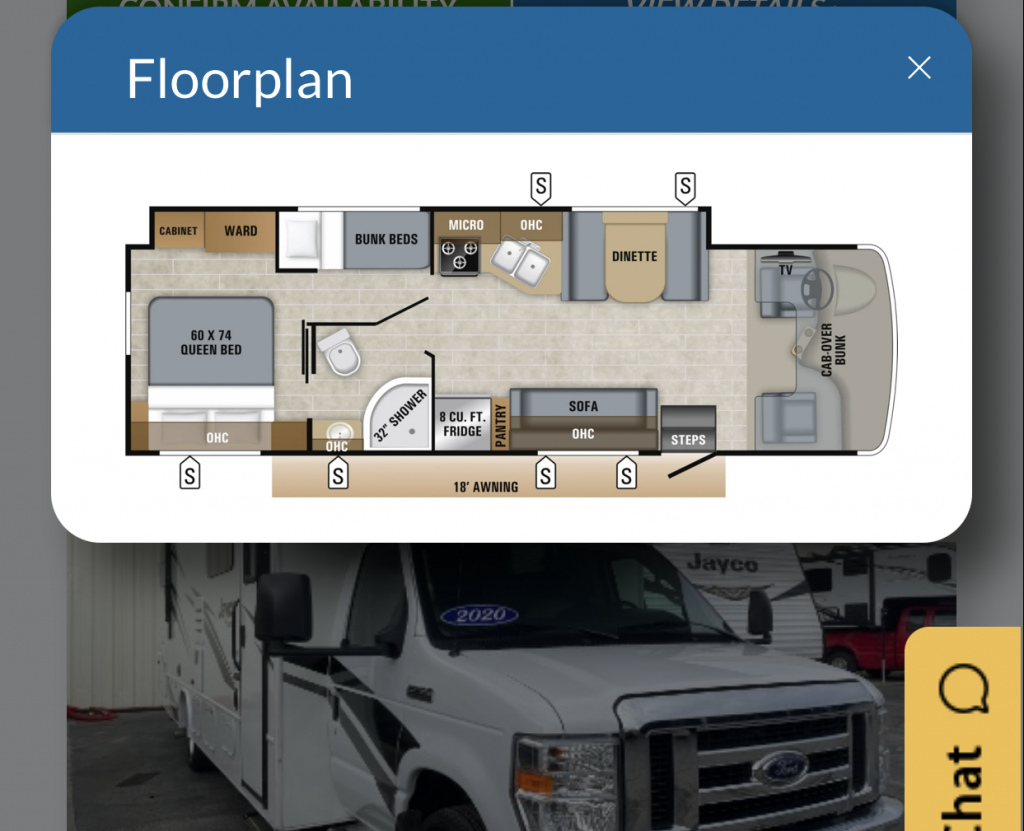 We thought about getting a 90s-era rig and remodeling it. There are so many videos and blog posts out there that there is no shortage of inspiration. They are super affordable and the remodels look incredible! But, it takes time to remodel an RV. Knowing we still had a lot we wanted to do to the house, it didn’t make sense to take on any similar projects.

So, it was back to square one in looking for a motorhome. Now we knew what models we liked. It was just a matter of finding one. We narrowed it down to a gas Class A and we really felt we needed both a bunk and bath and a half. By “bunk” I don’t mean cabover bunk, I mean actual bunkbeds (called a “bunkhouse” in the industry). That didn’t leave many models to choose from.

The bunkhouse was a necessity because of the storage it provided. Bug could have his own bed, but then also have his own room area to play sit-down games above it. When he got older, the lower bunk could be turned into a study area for his homeschool.

These were what we found… 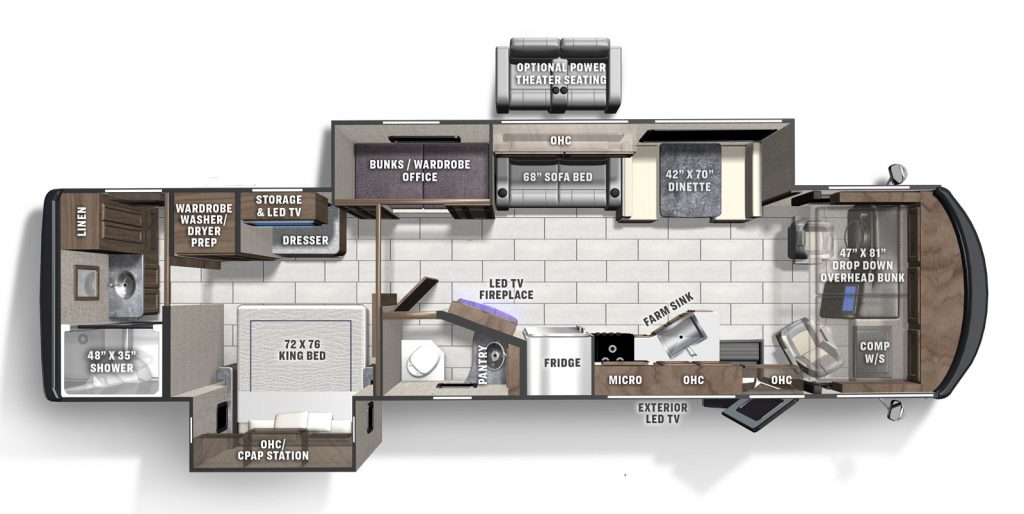 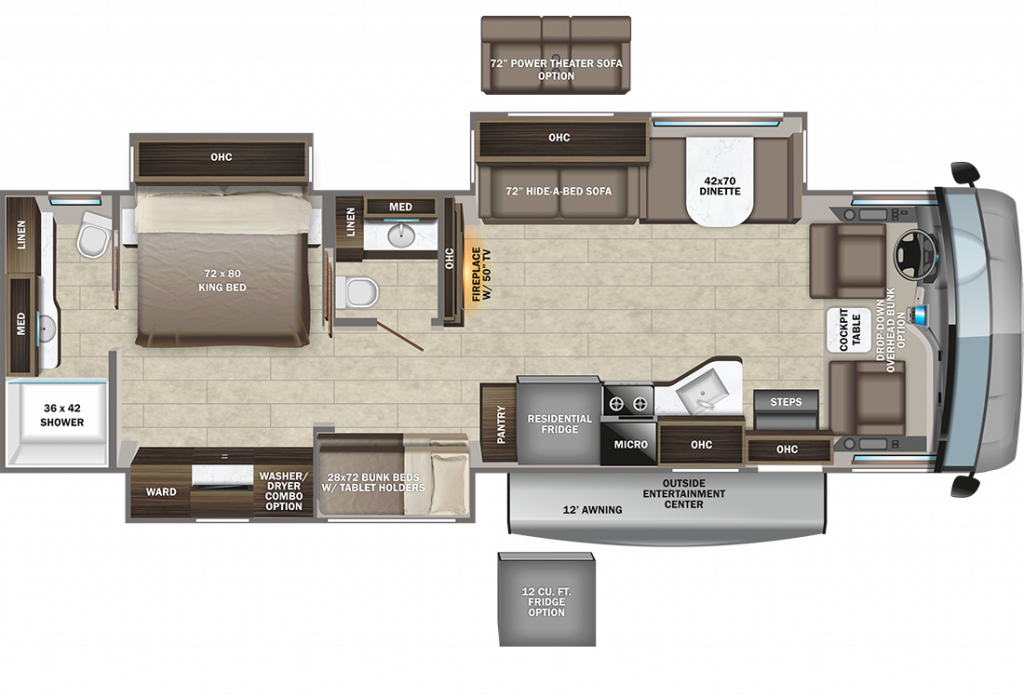 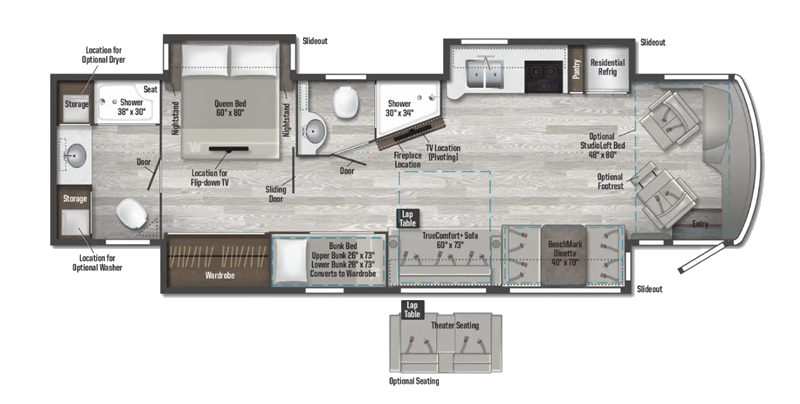 We quickly discovered that the bunkhouse models were really desirable and tended to sell fast. That extra bunkhouse cubby provides near-limitless possibilities to tailor-make your rig to your needs. It readily converts into office space (most common) and provides tons of tote storage. Options are basically limited to your imagination. I’ve even seen people turn it into a designated pet area and one lady who put in a piano!

Making searching more difficult, the year we picked to buy a motorhome (2022) was a difficult year for housing. Talking to finance professionals, we soon learned that not only were people buying because they were restless and wanted to travel after the pandemic, but a growing group were selling their houses to cash out at the record high real estate prices and living in motorhomes full-time to capitalize on their equity. This included buyers from all generations, not just retirees looking to live “the dream.”

A third group of buyers was those who were priced out of the housing market. With most houses under $300k selling withing days, if not hours, across the country – often above asking price with multiple offers. BEcause of this, many new buyers just gave up and decided to go the RV route for housing.

These three things combined caused RV sales to increase 14.4% higher than the previous record high of sales in 2017, despite skyrocketing gas prices.

What this translated into was more difficulty finding what we needed. It had to be used, but also a homey feel. Most of the units were horrendously dark in their cabinetry, but because we weren’t buying a vintage unit we really didn’t want to have to paint it on top of the expense of buying it. Yes, I know – picky. 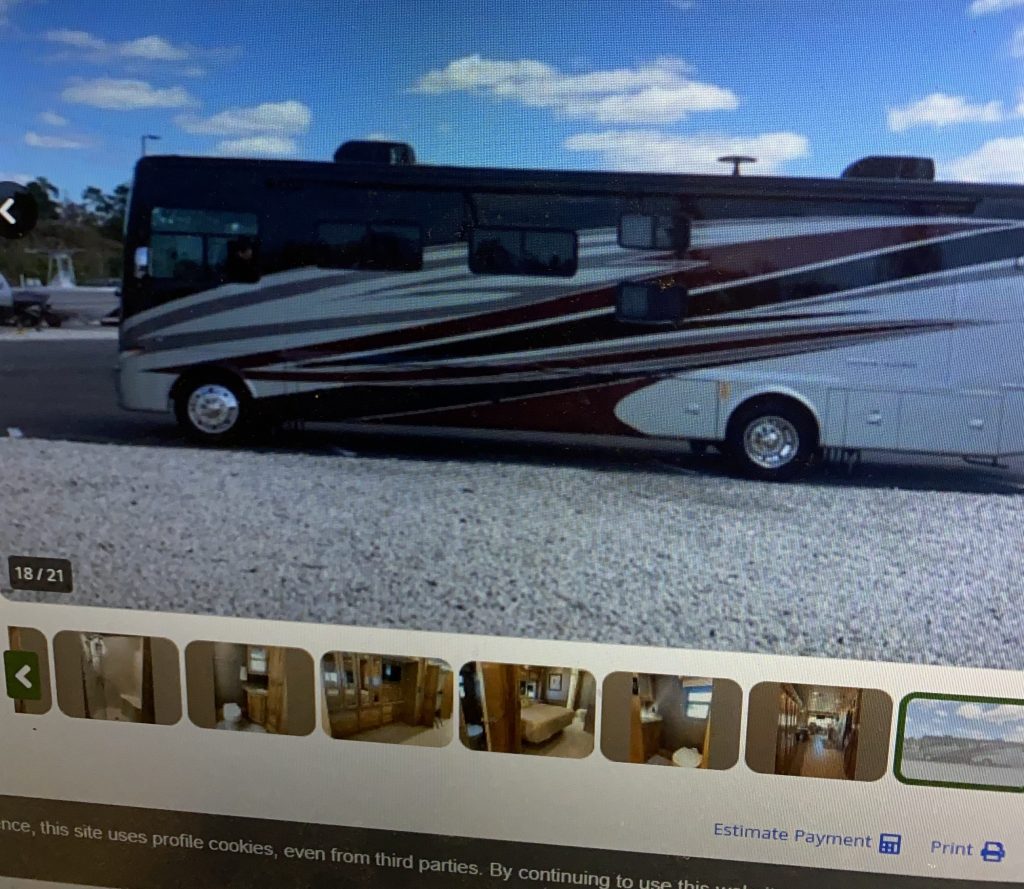 Finally, we found a unit online that seemed perfect listed by a private seller. It had a bath and a half, a bunkhouse, and cabinetry that was light and bright and beautiful (and not that dated classic oak.) The problem was that the listing said “sale pending.” A couple of weeks went by of me trying to reach the seller with no luck. We prayed about it that if that unit was right, we’d be able to get hold of the owner. Then, we just let it rest and moved on.

One evening a few nights later, my husband found the same model and make at a local dealership. It had just come into inventory and had no pictures and no description other than the year and make. I felt sure that this was the same unit. We wrote to them that night and made arrangements to see it the next morning. They also sent us a Carfax on the coach. It was indeed the same unit we’d seen for sale before.

Our salesman took us straight to the coach and as soon as we entered, it felt like we were home. He actually worked in a different department and had some other things to do, so pretty much just dropped us off and left. We ended up spending a couple of hours inside just hanging out. It was a huge investment – to us anyway – so, it was a hard decision to make. But, I’d been watching how fast this model was selling at dealerships for the past 3 months – usually withing a couple days of being listed. And, this is the only one I’d ever seen for sale with this cabinetry. In the end, we put down a deposit.

But, we almost lost Gypsy anyway. We tried to find financing on our own without much luck. We hadn’t tried the dealership financiers, thinking we’d be better off finding somewhere online. The offers from the finance places were way out of our price range. We were going to have to let her go… 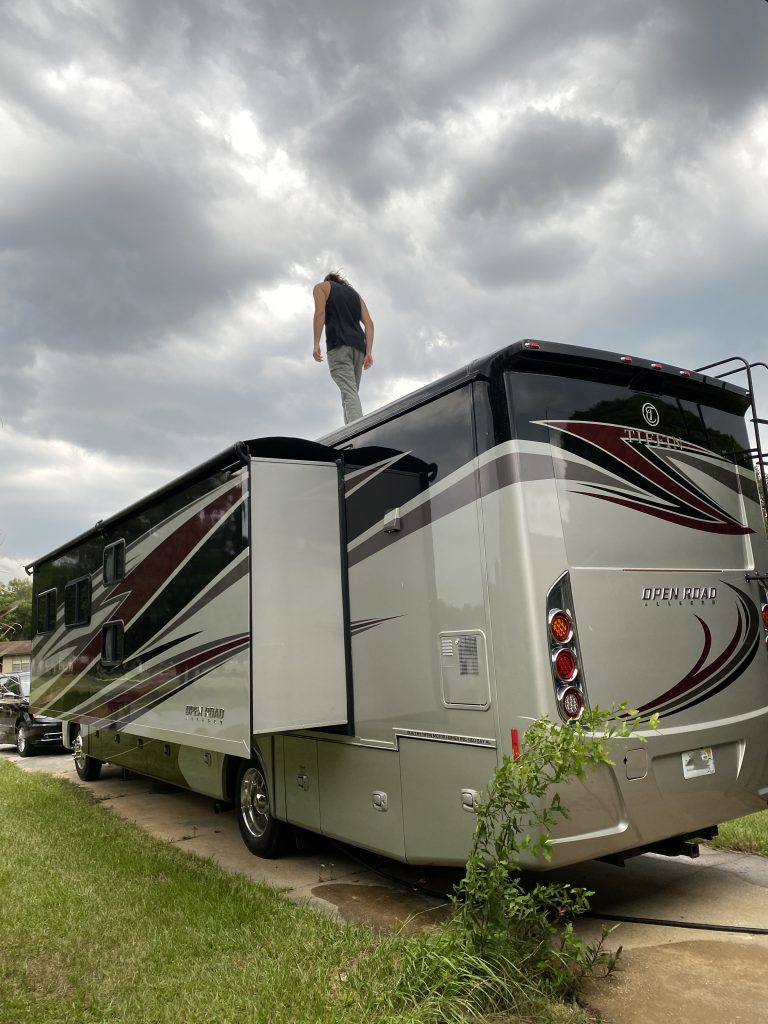 It was a hard decision, but I reluctantly contacted our salesman (Tim) and told him we weren’t able to secure financing, which broke the contract on our deposit. We’d have to wait and find something else. He said OK and I already knew that he didn’t work off commission – he was salaried. The arrangement was severed.

A couple of weeks went by…

Out of the blue my husband said he couldn’t stop thinking about the rig. I said “Well, I can reach out to Tim, but I’m sure it’s gone.”

Tim wrote back “I thought I might hear from you! I told my boss we couldn’t put the unit back up for sale, just give you a few more days to see if something changed for you.” I told him the situation and he explained that the dealership could often negotiate a better deal with the bank than independent financers could get. We agreed to go ahead and try.

Within 24 hours, Gypsy was ours. 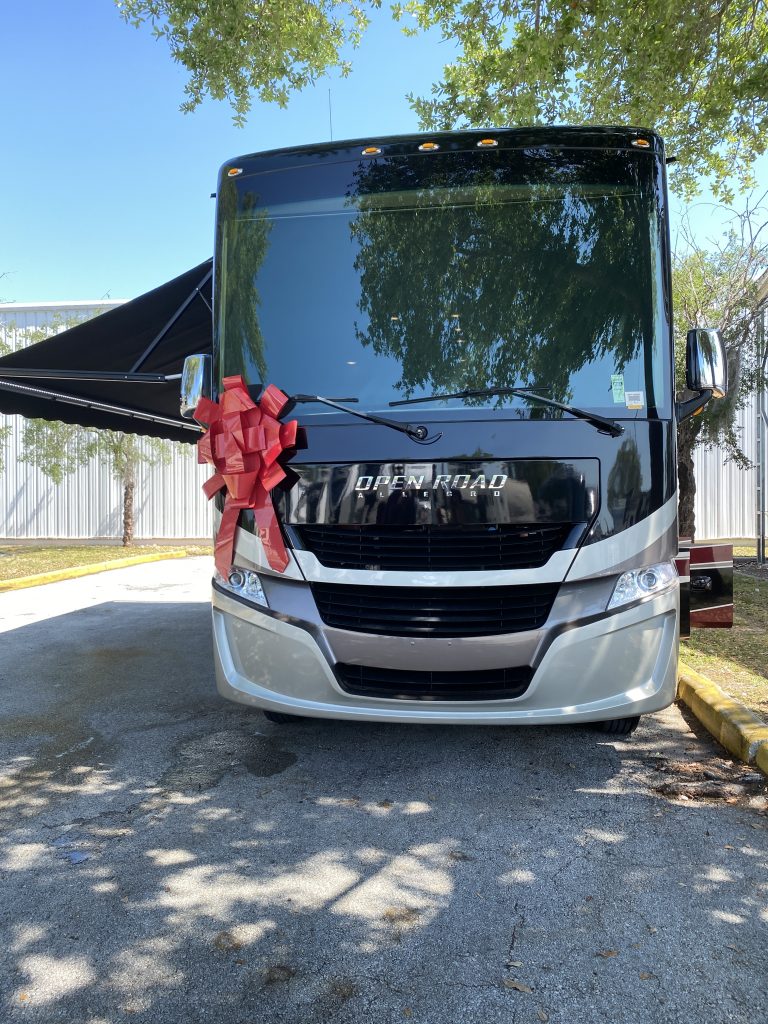 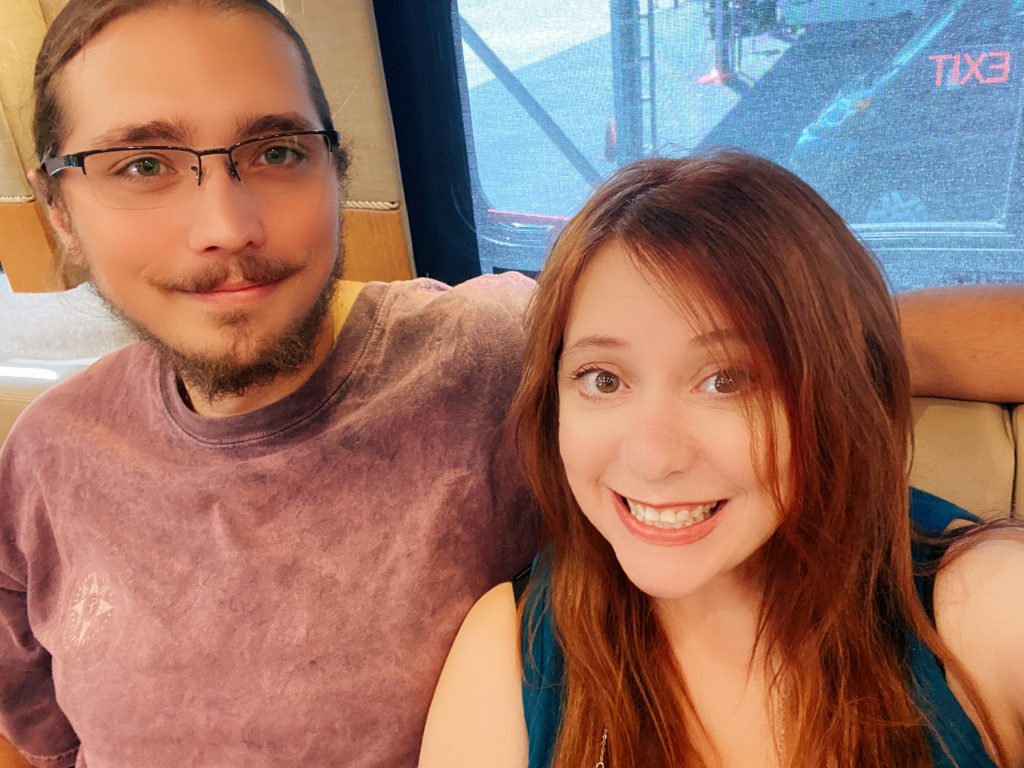