My favorite finds right now are some awesome things from Williams Sonoma.

I grew up in Apple Country where we had the luxury of two apple orchards nearby, both of which made their own cider and one made their own donuts too. This was pure heaven in the fall and of course all of the elementary schools did field trips to the orchards.

My point is, I know good apple cider.

Hot, mulled cider is the flavor of fall to me, but it’s pretty difficult to prepare because it’s messy and you have to make so much at once that it often goes to waste. So, I don’t drink it as often as I like. Which, brings me to my first find. It’s this fantastic combo of concentrated apple cider and instant mulling spices. 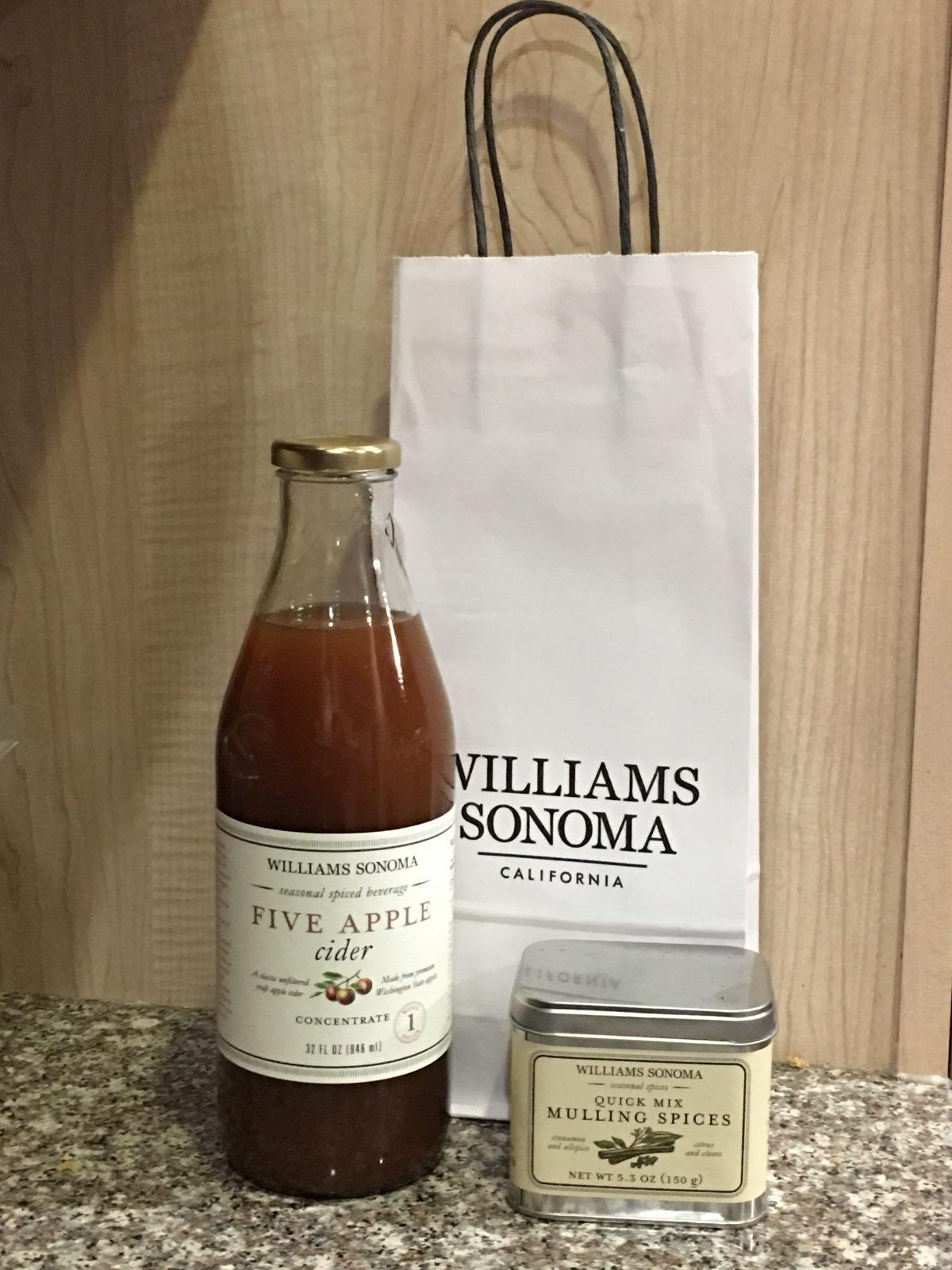 I know you’re thinking “but…it’s concentrate.” I know, concentrate has gotten a bad rap for the last 10 or 20 years, but this is so well done! To make the delightful flavor even better, it takes up less space in your fridge and is super easy to prepare. We usually boil fresh cold water on the stove (like we would for tea) and then add the concentrate and instant spices. I literally have had it every single day since it came home and so we had to go get another two jugs. It’s a little pricey, but keep in mind that it’s a concentrate, so you get a lot more than it seems at first glance.

How We Enjoy it:

You can also put a little Bragg’s Apple Cider Vinegar in there and can’t really taste it (about 1 Tablespoon) if you’re into taking it for health benefits.

You can get the cider here at Williams Sonoma. It’s also available in store in the fall. The mulling spices are sold separately.

Here are links to some Mini Halloween Cookie Cutters

. They aren’t the ones I used, which were by Wilton and were discontinued. 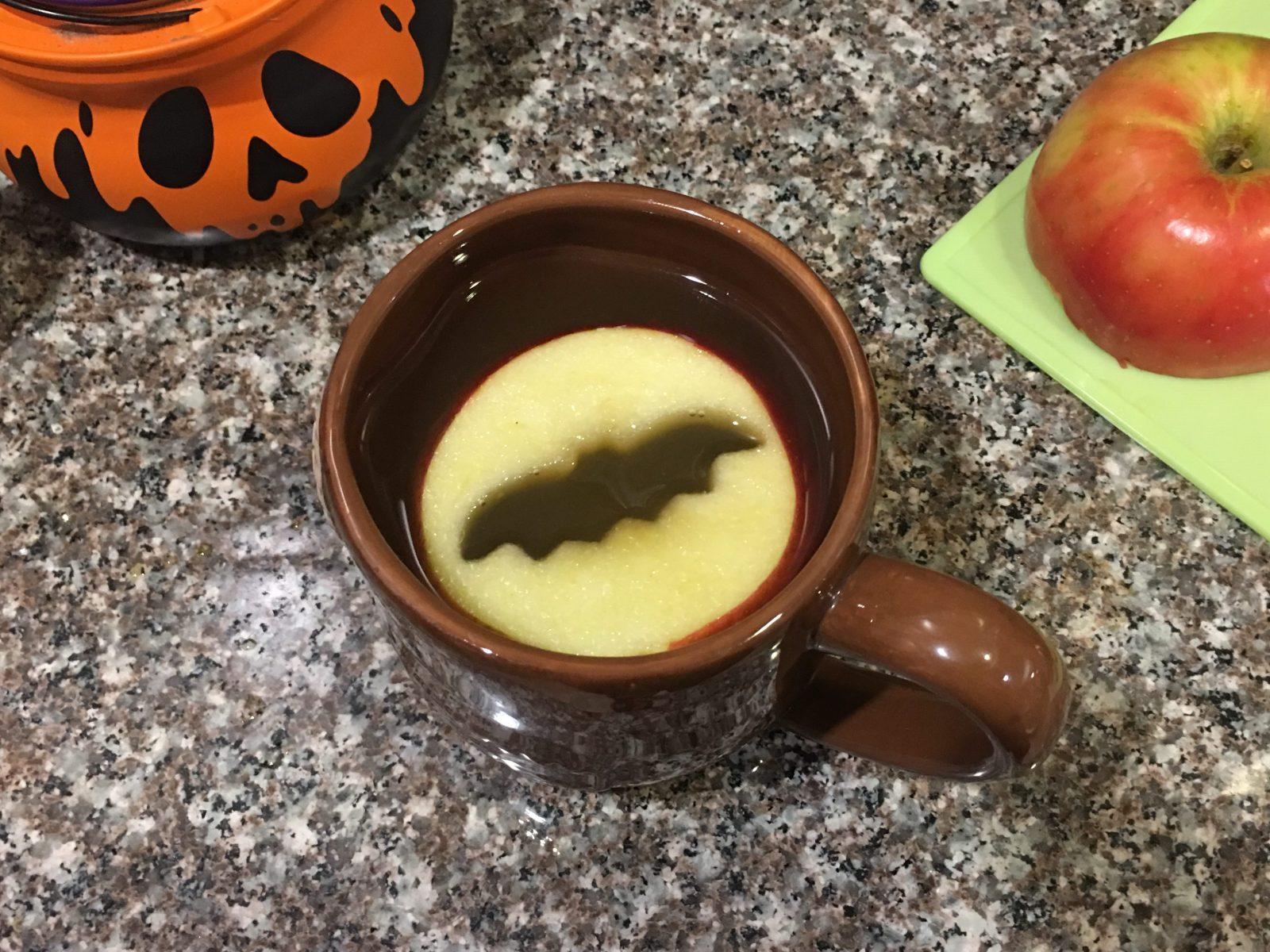 I used a mini bat cookie cutter to cut out the center of an apple ring for one garnish. 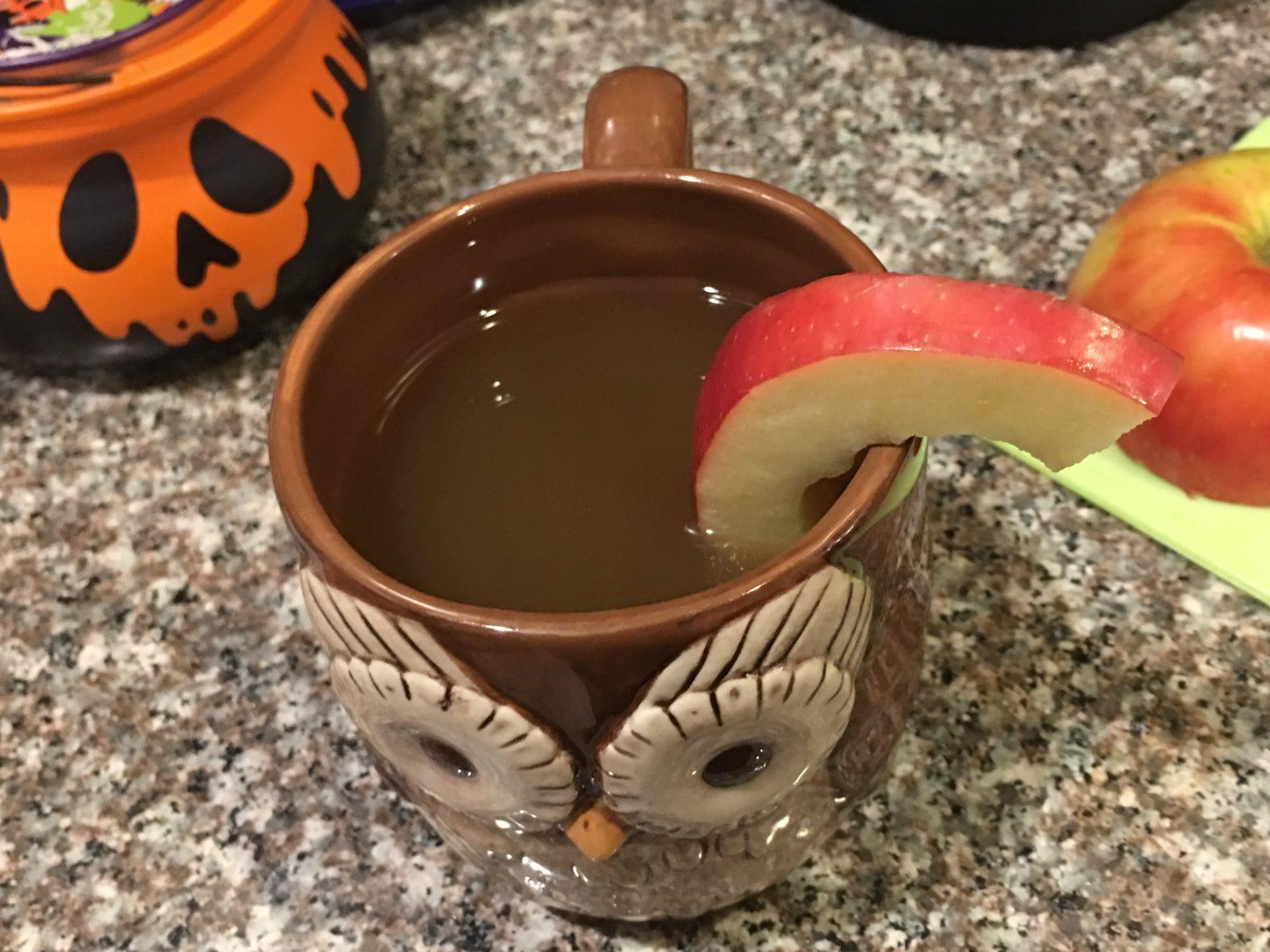 My second delightful discovery are these Victorian-styled Halloween Crackers. Traditionally a Christmas thing, Williams Sonoma apparently puts them out every year for a variety of holidays. I absolutely love the vintage look of the crackers! They come in a set of 12. I thought they’d be a perfect little surprise for my “mostly adult” family when we have dinner at my mom’s the hand out candy on Halloween.

The fillings of the crackers are not “high-end” (I’ve had crackers that each contained a silver charm, for example) but they are definitely cute. You could always pop a few extra things in the space by opening one end, as the crackers themselves are quite large. 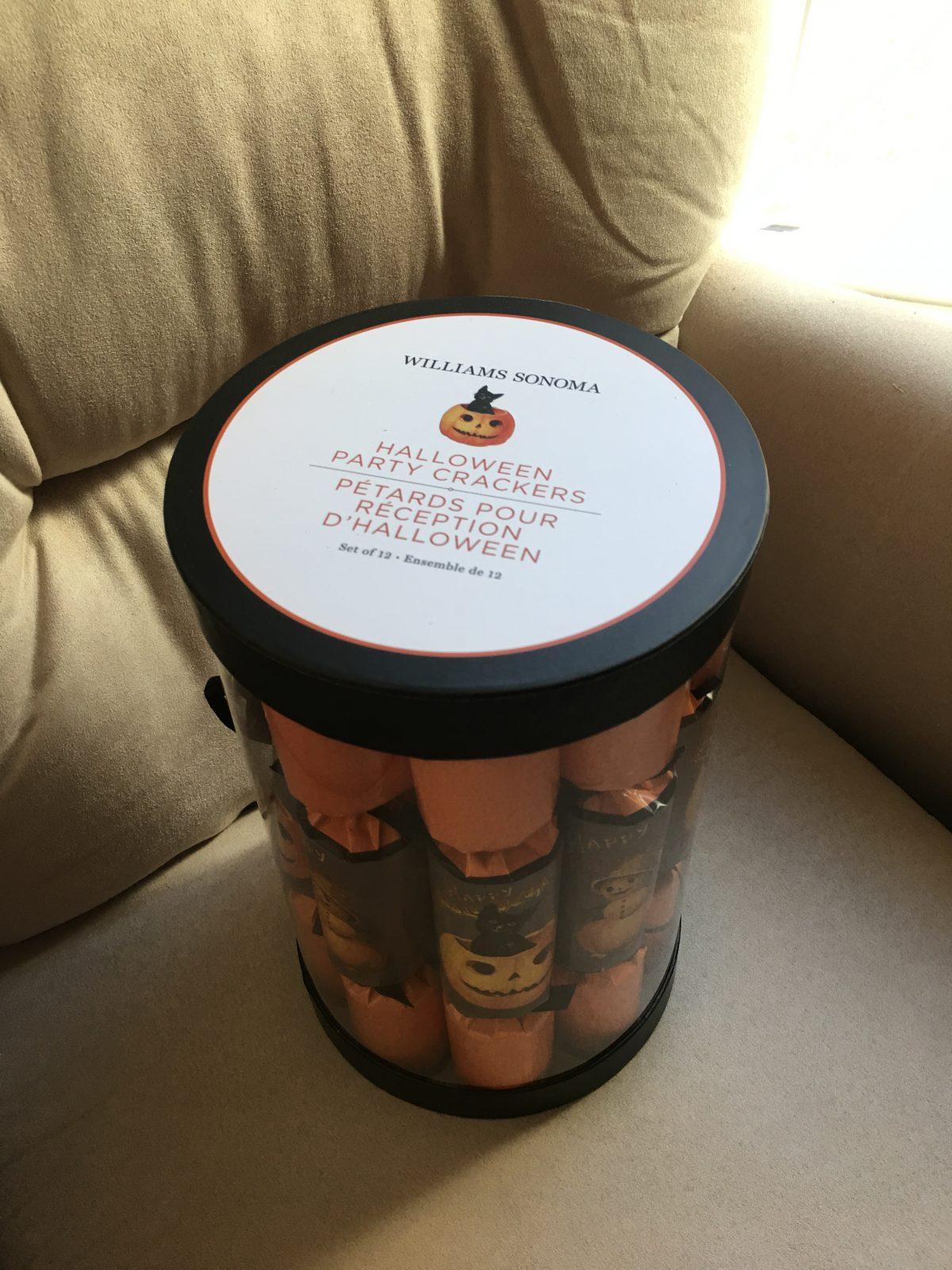 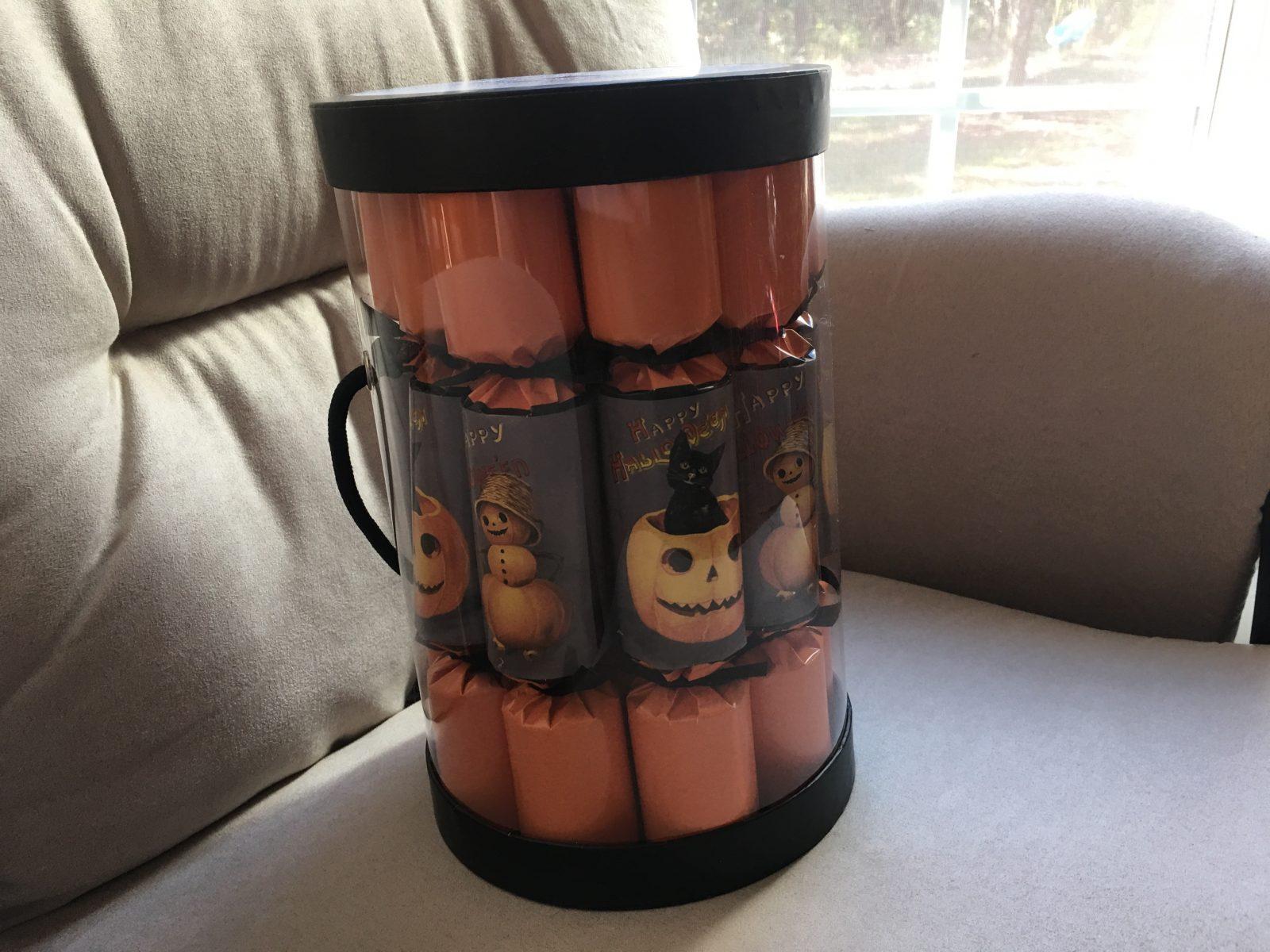 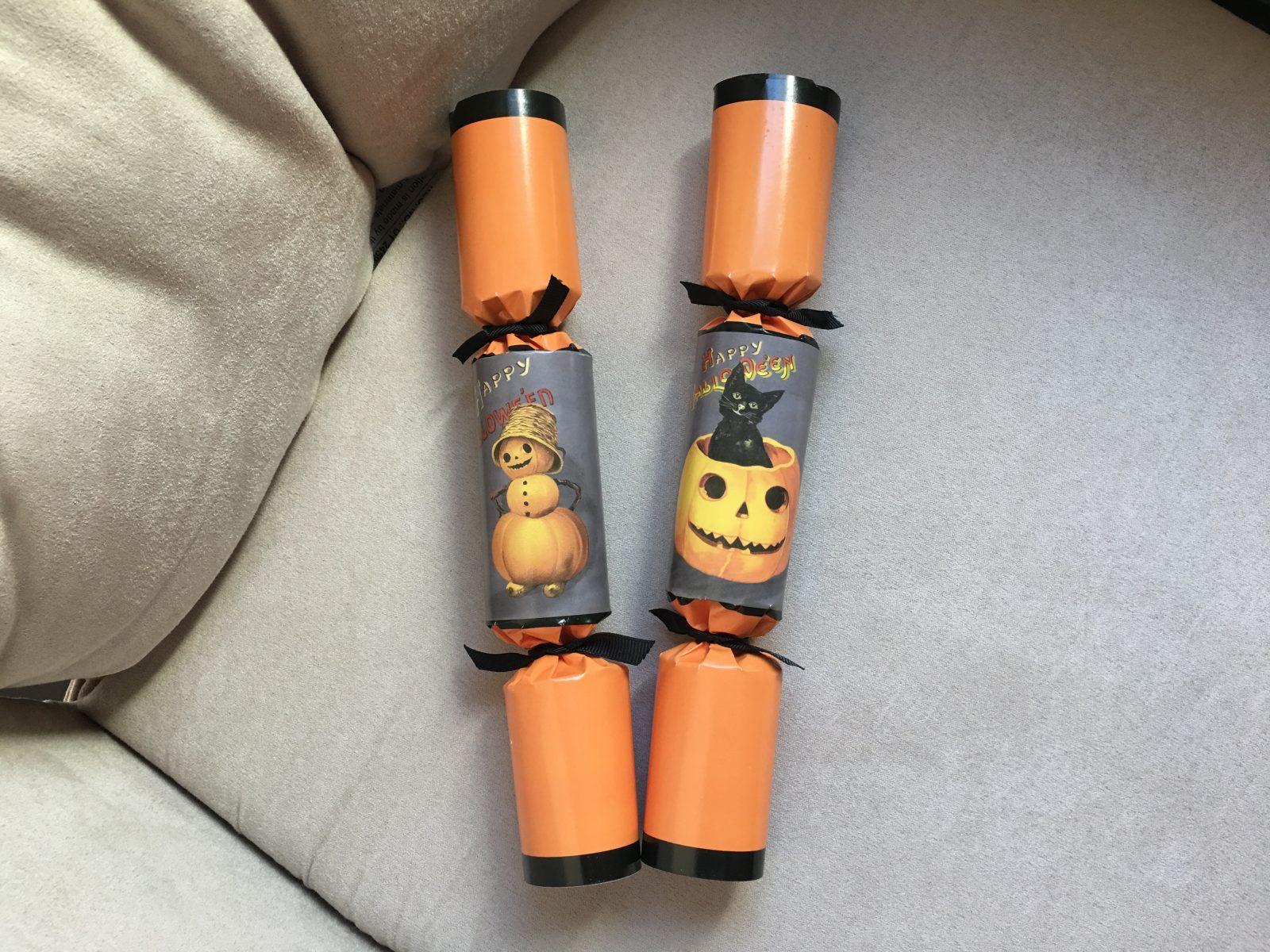 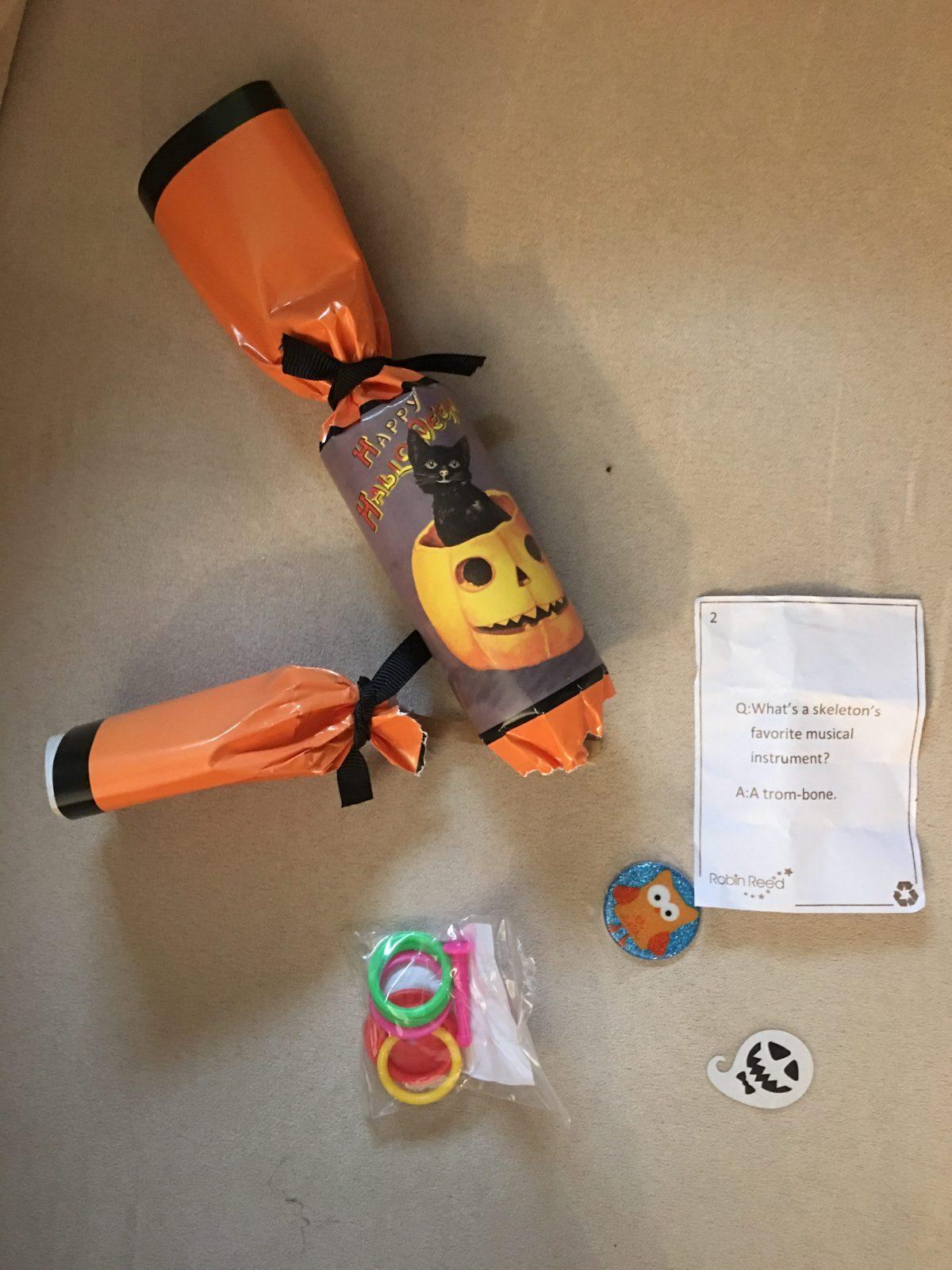 Inside of the test cracker was two stickers, a G-rated joke, and a little game where you toss little rings over a hoop.