I’ve been wanting to try chalk paint for a while, but never got around to it. The opportunity came knocking a few days ago, so I went ahead and gave it a shot on this old table set. It isn’t “antique,” but it’s way too dark for our little house that we are in the middle of renovating. 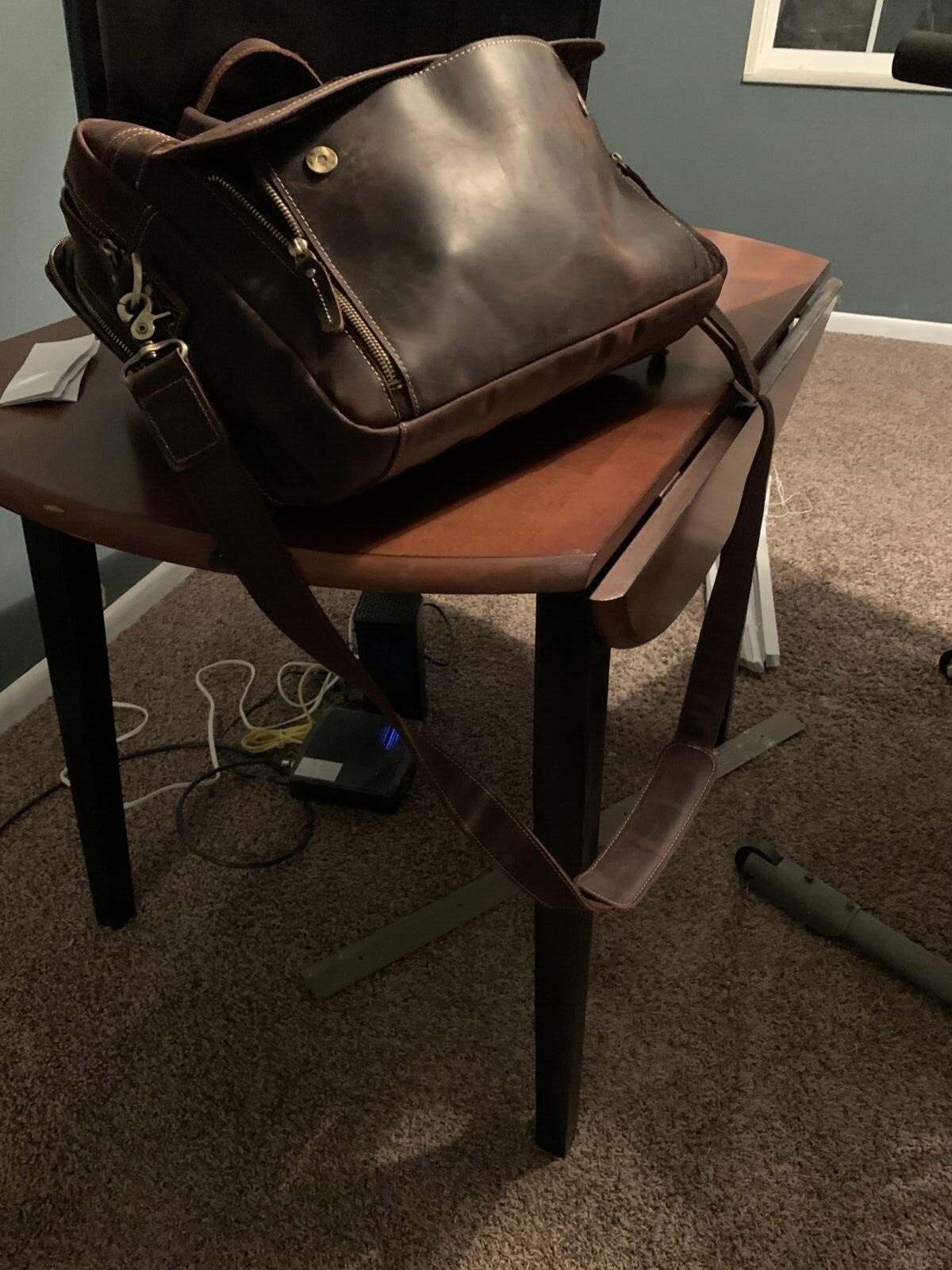 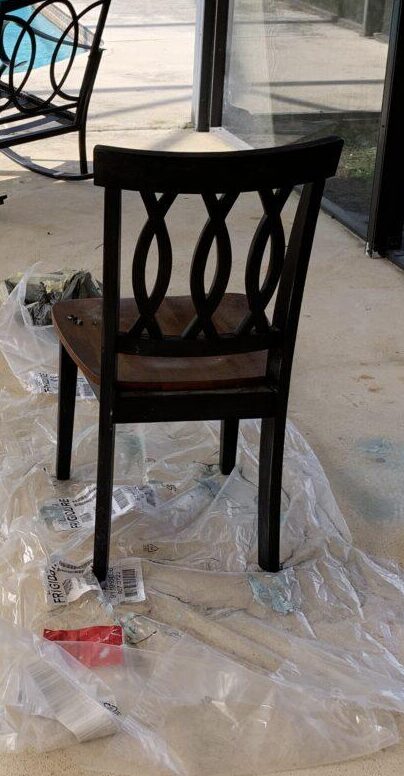 The day was gorgeous when I tried the first chair. The Bug was taking his afternoon nap, so I decided to give it a shot. 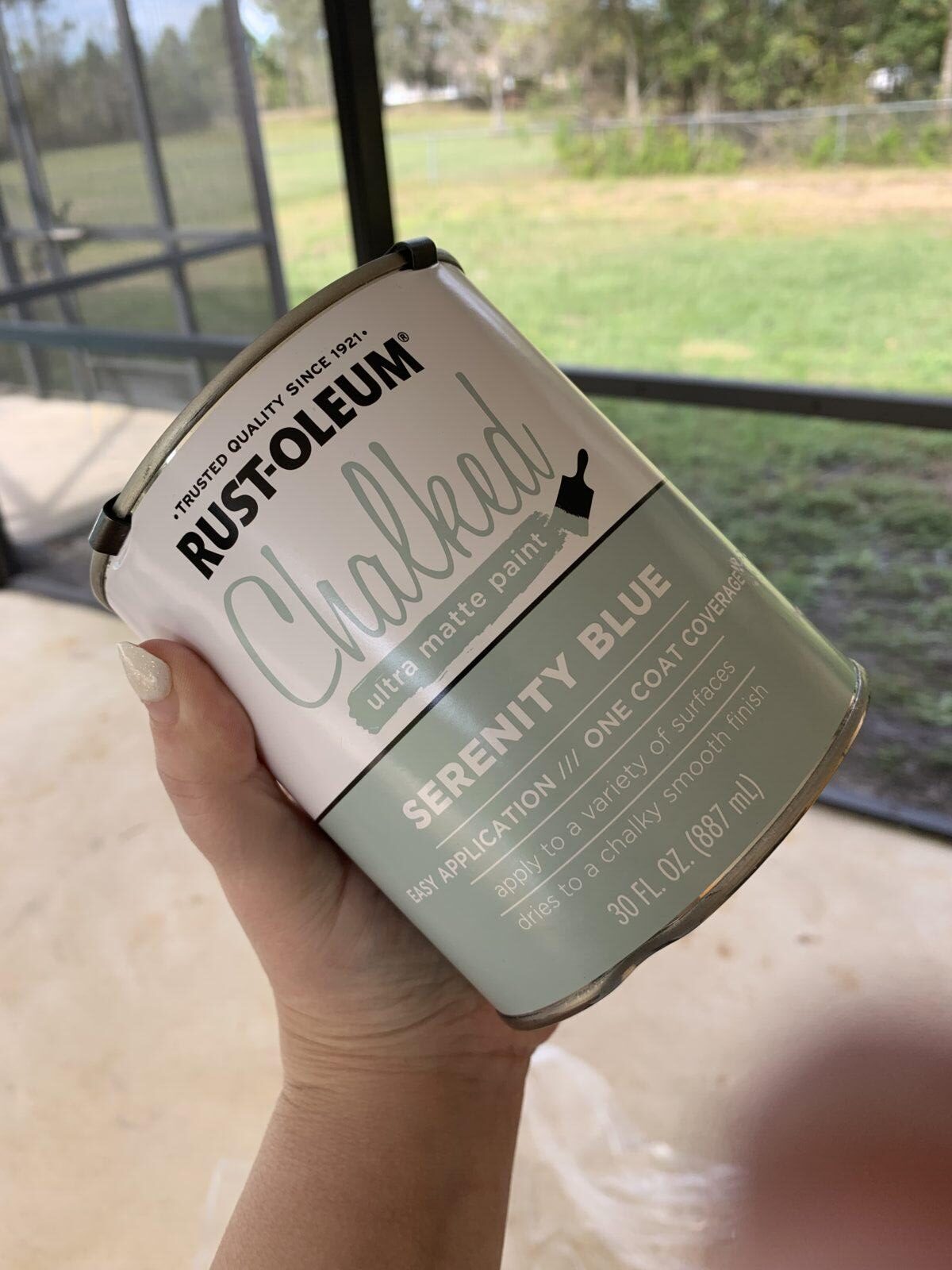 I decided to use the Rustoleum Chalk Paint

. They only offered one bluish color that appeared to have a touch of green and grey to it, so I figured it would be similar to the beachy blues I’d seen on Chalk Paint before. Plus, the name – Serenity Blue

I really wanted to try the Annie Sloan, but it’s so dang hard to get your hands on! The closest place that had it was North of Orlando and it just wasn’t worth fighting the traffic and taking over an hour hunting down a boutique when I could get the Rustoleum delivered the next day from Amazon. If you’re also on the fence, there is a great article by Sarah Joy where she does a side by side comparison of the two on a table and the Rustoleum is surprisingly better. So, in my opinion, the only reason to go with the A.S. is if you want a certain color you can’t find elsewhere.

that I’ll be trying in another article. I’ve used the brand for years, so I’m hopeful. That little set is more for accent pieces though, the bottles are really tiny.

First I covered the seat because I wanted to leave that part wood tone. I just used masking tape and an old Kohls bag. I sanded down the chair really lightly with coarse sandpaper (120). I had a variety pack with a sanding wedge from 3M, which was perfect. Normally chalk paint doesn’t require this step, but I figured better safe than sorry. The black paint had a thick gloss over it. It literally took less than 5 minutes to rough up the surface slightly. I did it pretty gently, because the 120 was pretty coarse. 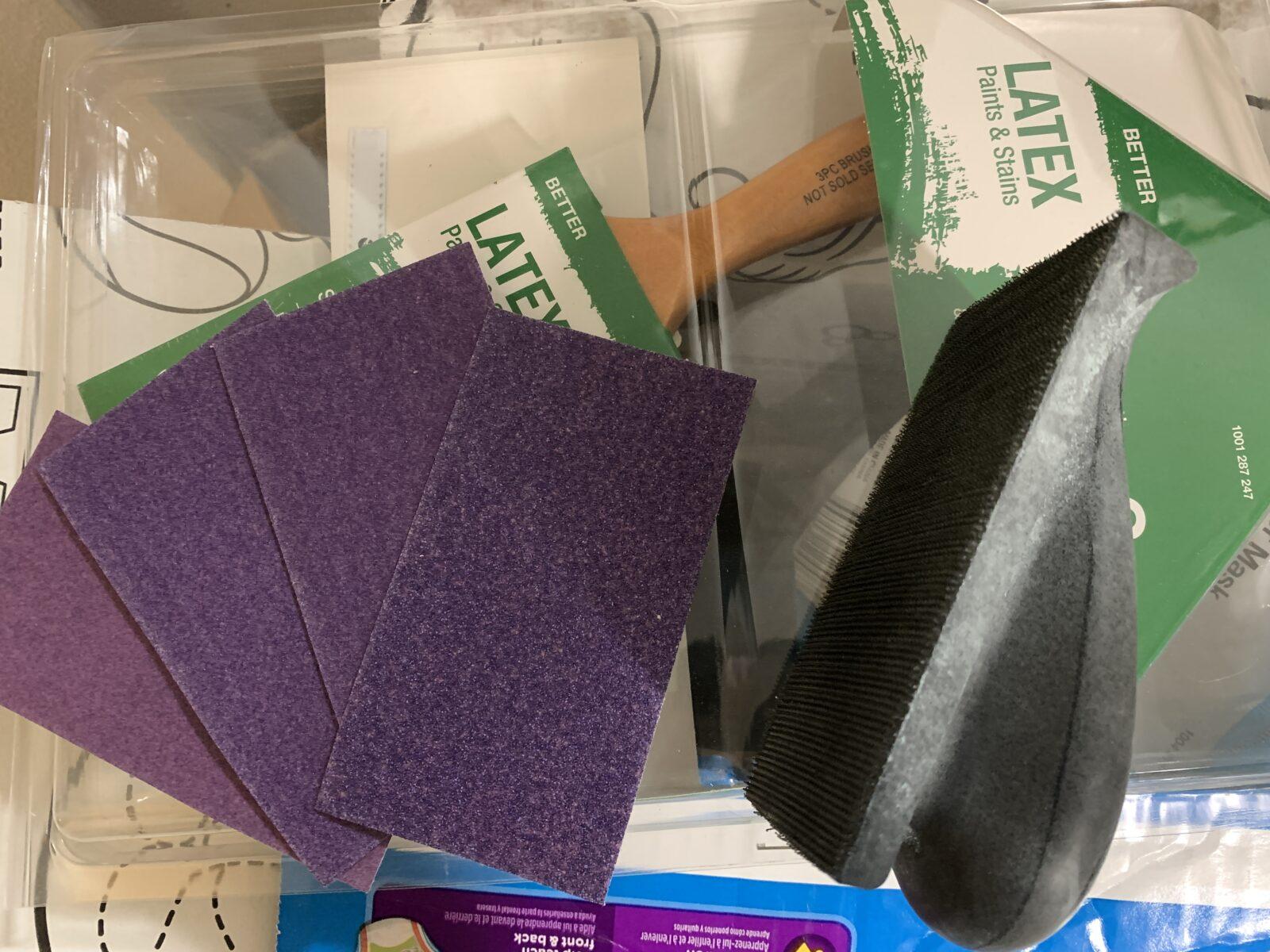 I had purchased a chip brush from Ikea, but ended up using a set of Wooster brushes

that my husband bought at Home Depot that were fairly soft. I used the middle size. 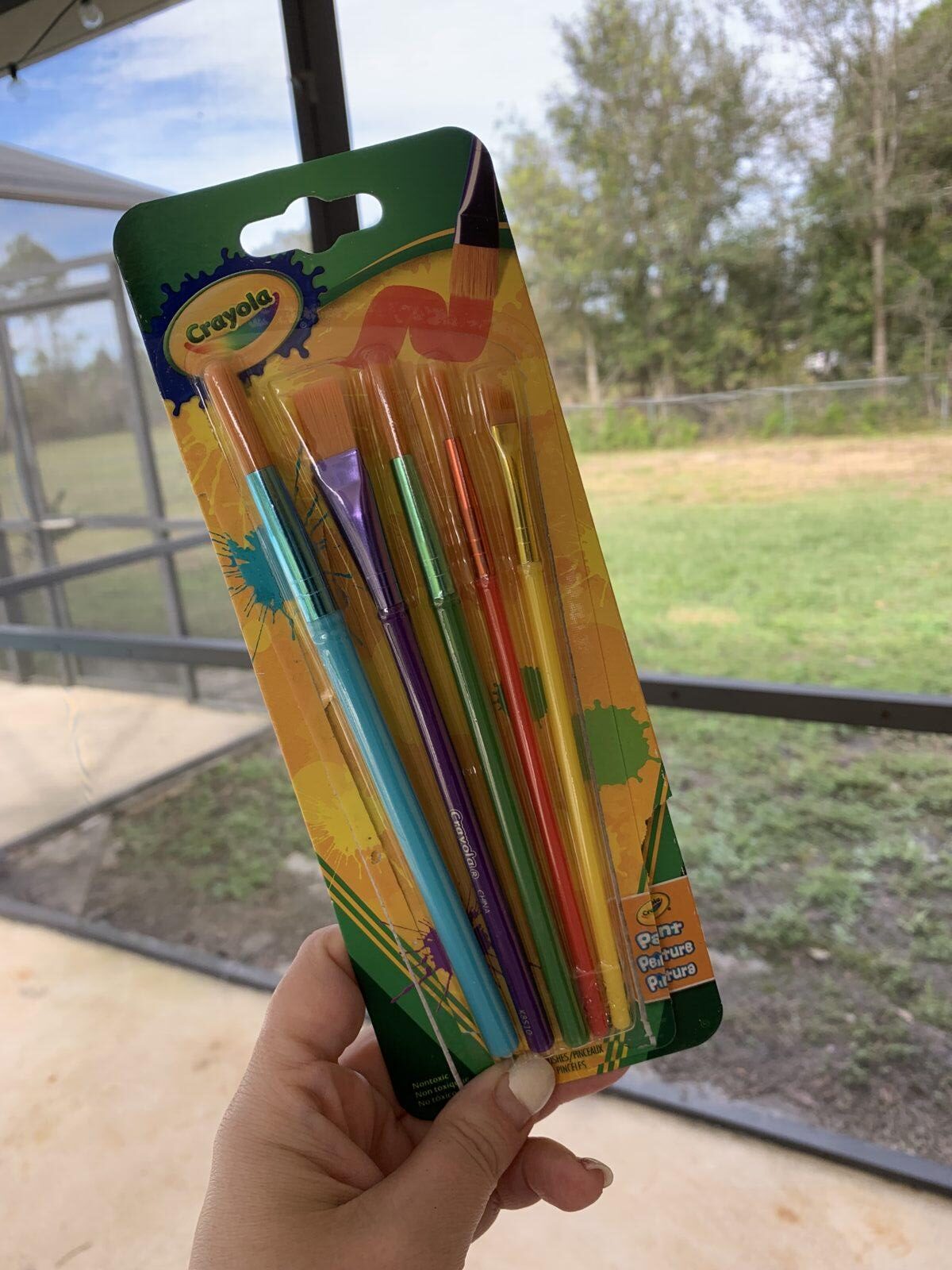 The first coat covered, but you could still see the black through slightly. I debated leaving it that way since I was going to be sanding some off anyway. Oddly enough, I know from experience that old chairs and stools can wear in weird places because I grew up with one that had been painted a dozen times and all the different colors chipped and showed through all over the thing. Still, I wanted to do the whole thing “properly” so I didn’t have regrets later. 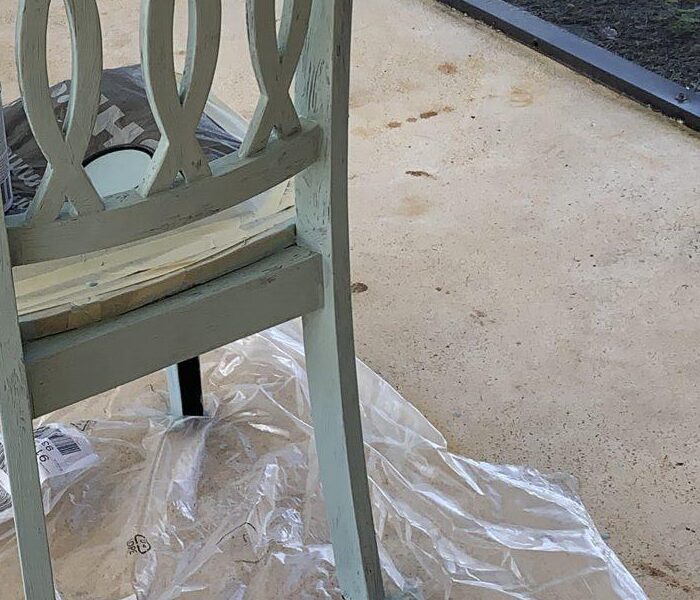 After the second coat, the paint was super thick. One thing I loved about the paint is that sanding creating both “highlights and low lights” on the color. See all the little paler lines in this picture? They weren’t there before I lightly sanded. The edges I sanded a little harder to let the darker paint through. 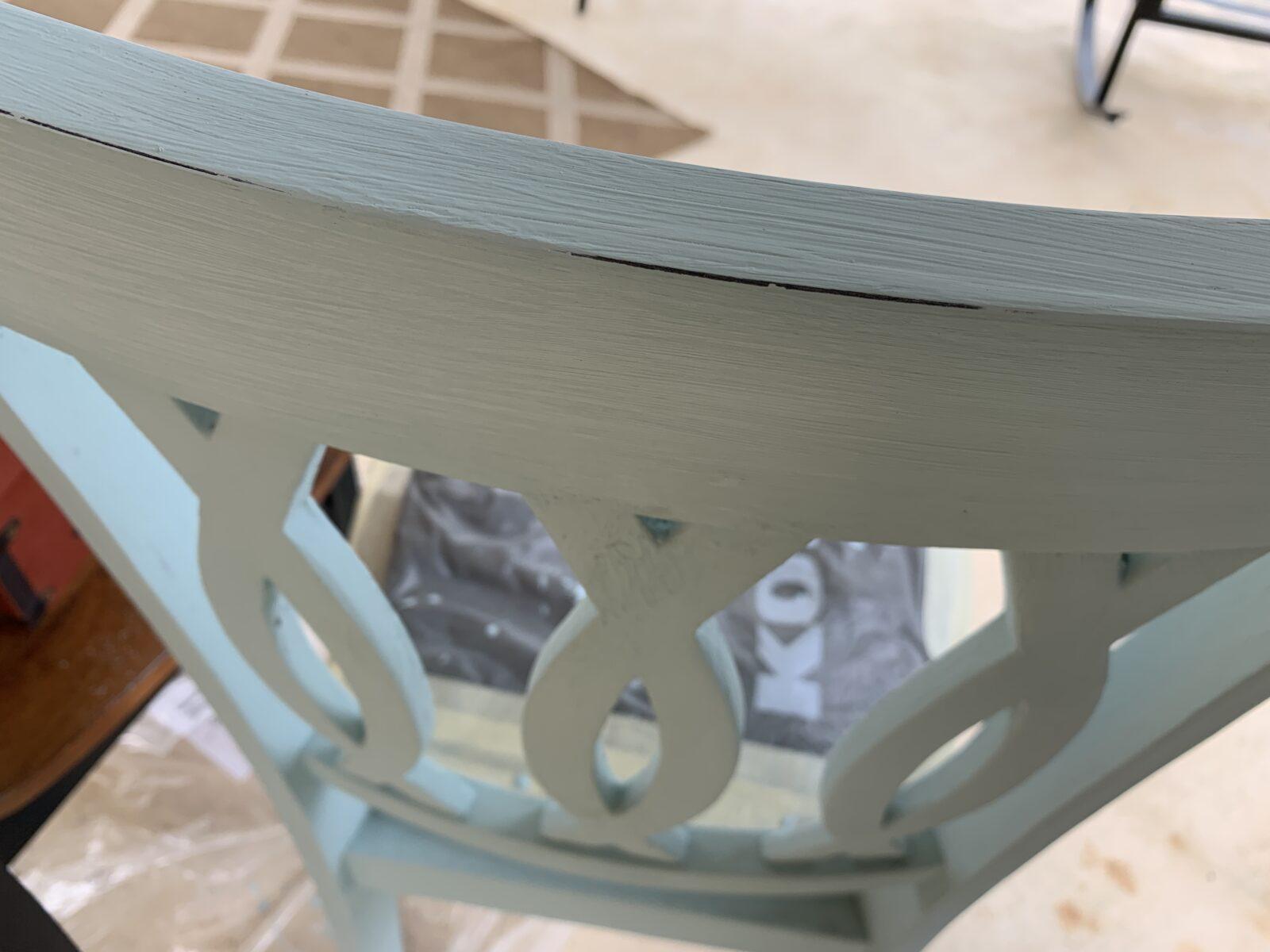 I used the cheap chip brush to brush away the chalk dust. There was a lot of dust, so it isn’t a bad idea to wear a mask if you’re sensitive. 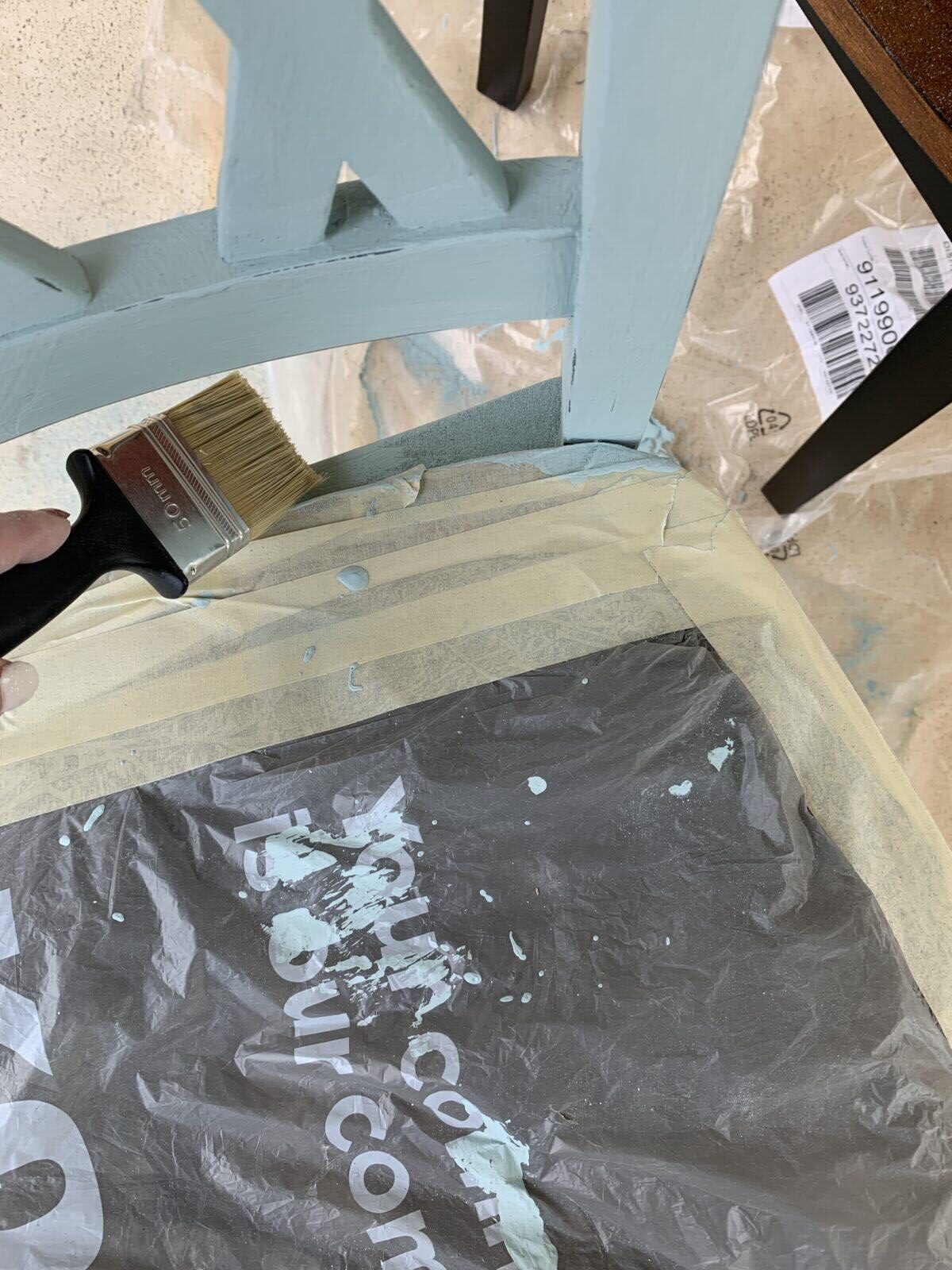 The difference was pretty dramatic. 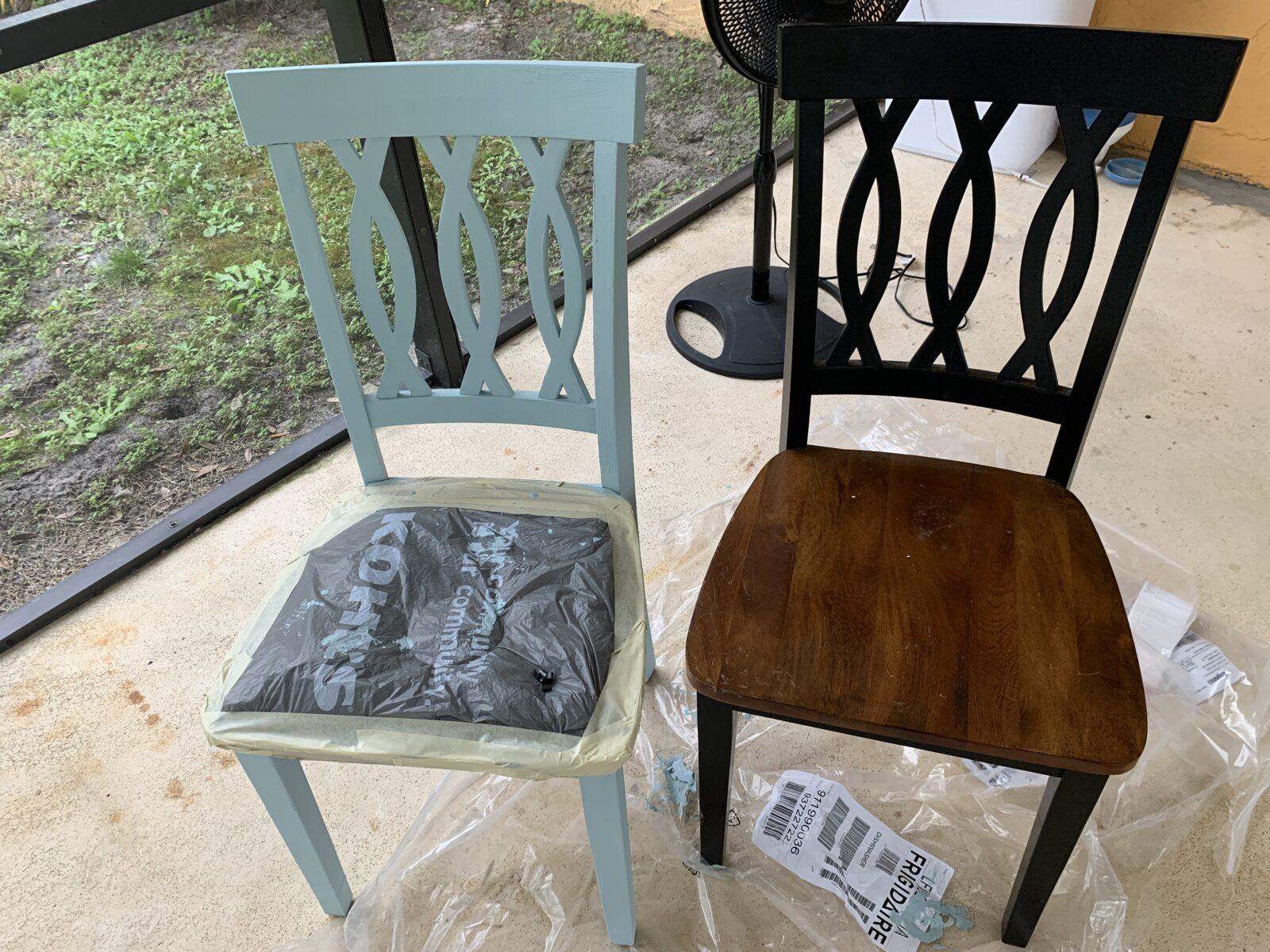 So, at this point, we could have called it quits, but these are going to be used mostly on the porch that you see there in the picture, so I decided to add two coats of the complimentary Rustoleum Chalk Paint Matte Coat. The smell wasn’t as bad as I feared and it went on fast. After that, the worry of the paint wearing off or having issues was pretty much out of the question.

The color was exactly what I’d wanted. I’m really happy with the results, so I’d definitely recommend the products that I used! In fact, I’ve started a queue of other old furniture that I plan to redo the same way. The two coats on this set used about half the can that I purchased. 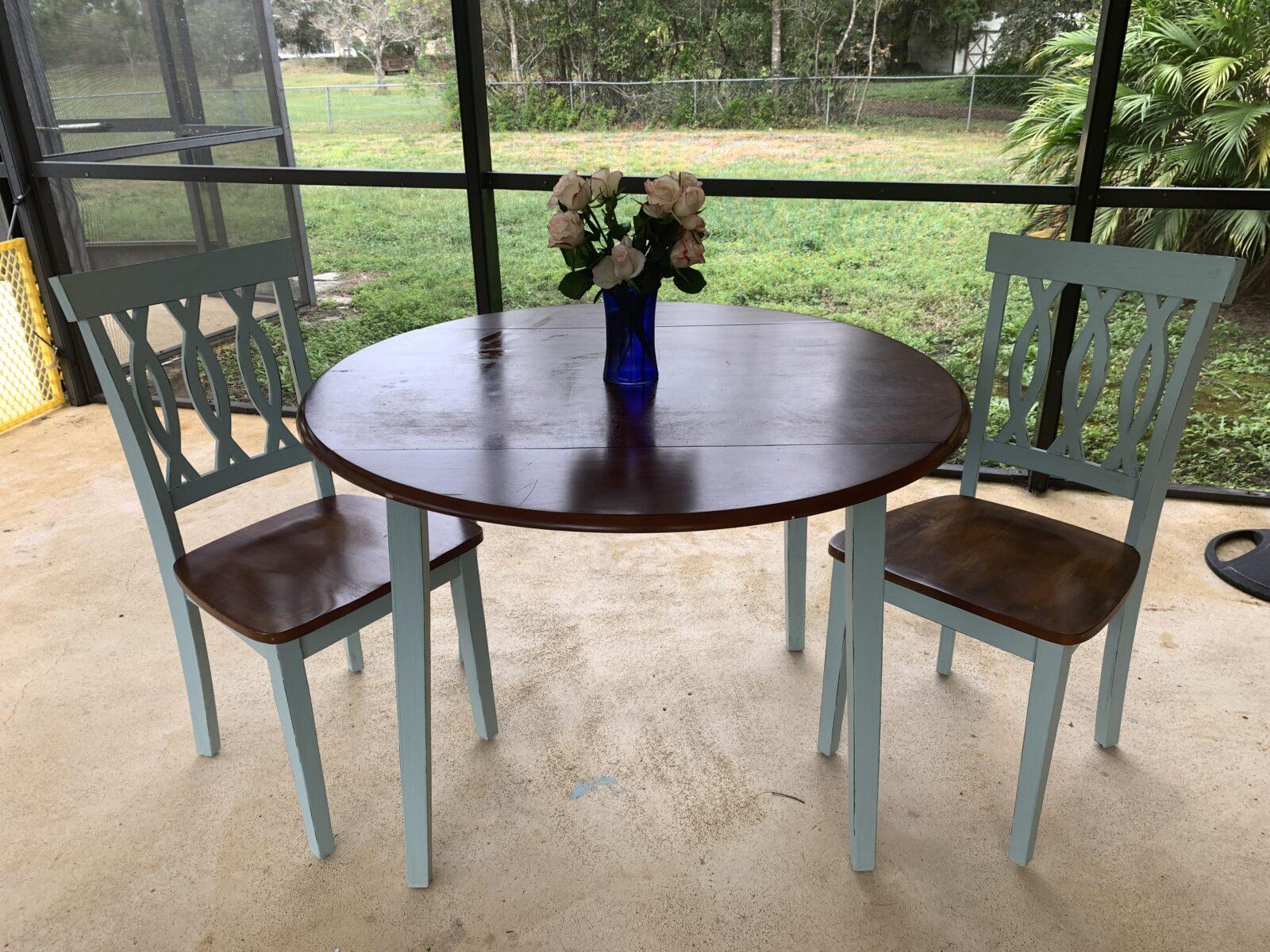 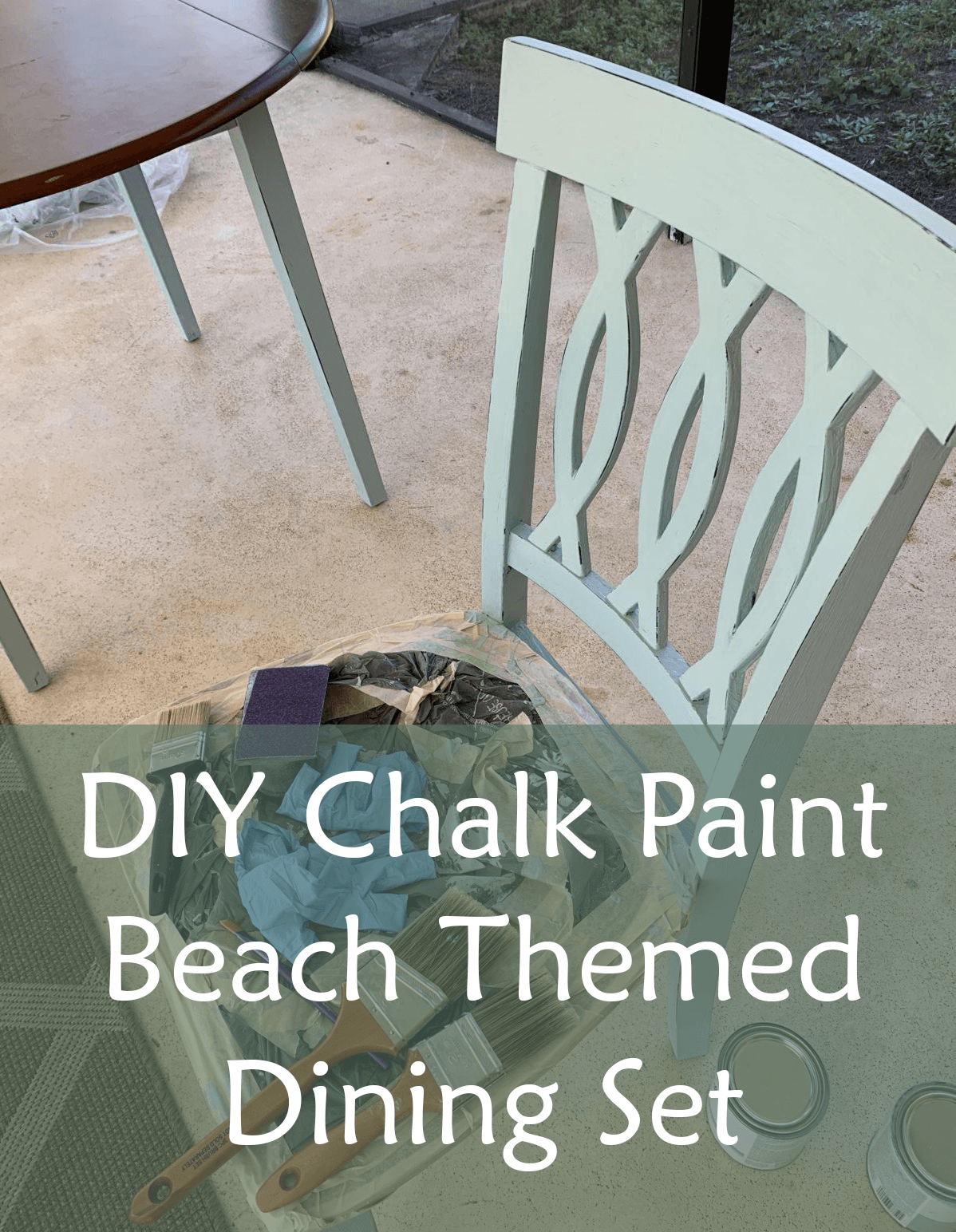