Cancer isn’t something I usually talk about on the site, but I wanted to share our story to give hope to others. If you’re reading this, then it’s probably because you or a loved one are facing Small Cell Lung Cancer. I know I combed Google for stories like this when we started on this journey. Unfortunately, most of the information I found was on forums that were not active. Much of the information we found was bleak, because it is a difficult disease to treat. However, there is hope.

My mom was diagnosed with Extensive SCLC at age 63, with a mass on one lung and a spot on her adrenal gland. Another small spot on her liver was suspect. They didn’t test her brain at the time this was found, so we aren’t sure how long that metatesis was there. She had been a smoker for most of her life. We found out right as I was put on an extended bed rest before our preemie was born, which is her first and only grandchild.

Being in two separate states that were over 800 miles away, we couldn’t see each other and our help for each other was very limited. As she went through her first set of chemo, our baby went to NICU where he stayed for several months. Shared pictures, phone conversations, and care packages were our only way to support one another during those first crucial months. I’m sure it was extra hard on her not being able to see her only grandchild. We prayed and prayed and prayed and many others prayed with us.

The doctor said they couldn’t operate and that she’d have chemo, but not radiation. A port was installed in her chest to ease her chemo treatments. If you are facing chemo, INSIST your doctors use a port if at all possible as it will help avoid other life-threatening complications.

Mom’s treatments initially made her really sick and very tired. The doctors gave her anti-nausea meds to help and they did somewhat relieve her discomfort. She bought a floor mattress and spent much of her recovery time laying on it in the living room, because she found it more relaxing and peaceful. Plus, I think it helped being in the center of the house because it was comforting. She became very anemic and had issues with her white blood cell count.

Before her first round of chemo was completed, she was in complete remission. She elected to have her last two treatments anyway, to try to be safe. As her doctor had put it: The cancer could be like weed seeds in a garden. They may seem to disappear, but would probably crop up again. It’s a trait that SCLC is known for.  This is why she chose to complete the treatment. They would check her every 3 months with a CT scan to monitor the disease. If anything were to come up, they would then do a PET scan to make sure it hadn’t spread further.

She went in for her second follow-up CT scan 6 months later and the cancer in her lung had returned. At this point we were a year out from diagnosis and the doctor was quite a bit less optimistic. So was mom.

This time it had spread to a small spot on both adrenals, but nothing on her liver and the spot on her lung was smaller than before. They tested to make sure it hadn’t spread to her bones (something that isn’t uncommon for SCLC) and it hadn’t. She started treatments again (the same one as before). She became anemic very early and had to have a blood transfusion to continue. The nausea was much less than before, because they used a nausea patch along with oral medications. They worked so well that mom was afraid the chemo wasn’t working.

I think I prayed like breathing during that time.

And, you know what? Halfway through treatments and the cancer is once more in complete remission! We are now 16 months past inital diagnosis and are entering into our second “sweet spot” (as the doctor puts it). We’ll do our best to live life to the fullest, praying the cancer stays at bay for a long, long time. As mom said “Thank you for storming heaven with your prayers.”

God still works miracles and I am so thankful that He has given us more time with my mom. I am beyond grateful. My feelings are beyond words. Today he took my breath away.

There IS hope. Don’t give up! Don’t despair! Turn your eyes and lips to God. Sometimes He says “no,” which was something I greatly feared. But, He also may say “yes.” Today He said yes to our prayers and today I celebrate with a joyful and excited heart.

Again, I write this to give you hope. There is little on the internet about survivors and often when we look at statistics, they are grim for this type of cancer at this stage. But, as one of mom’s nurses put it, “despite small numbers, there are statistics because there ARE survivors.”

-Update: We are now 19 months past initial diagnosis and Mom’s energy is returning after the last mentioned round of chemo. She’s doing great and is active. I’ll do my best to keep her story updated.

-Second Update: We are now 23 months past initial diagnosis. Two weeks ago we discovered that Mom’s cancer had spread to her brain, though it remains clear from her lungs. She really had not been exhibiting much in the way of symptoms that would indicate the spread, other than minor headaches, which were manageable. She then starting getting dizzy spells, which led her GP (not her oncologist, whom she was still meeting with regularly) to request an MRI and the cancer was discovered. 1 large spot of about 4 cm and a few very small ones. She has just finished 15 rounds of whole-head radiation today and is extremely exhausted, but doing well. Her biggest struggle in side effects is related to the steroid that they have to keep her on to keep her brain from swelling with the treatments. These make her have trouble moving around without assistance and have caused an extreme sodium deficiency. The doctor said that the radiation will continue to work for another 8 – 10 weeks and they will do an MRI later to check on the success of treatment. Please, if you have SCLC – metastasis to the brain is very common – request that the doctor scan you for this even if you aren’t showing symptoms.

She does still have the initial spots on her adrenal glands, which they have now decided to treat with immunotherapy. Her treatment will start next week.

-Third Update: We are now 26 months out from initial diagnosis. Mom was not able to start her immunotherapy. She collapsed after her final radiation treatment and ended up in ICU, barely conscious. I believe we almost lost her. Her blood pressure dropped incredibly low and they were having a hard time stabilizing her. Through God’s grace, during a grim outlook where even she didn’t think she would recover, she stabilized and woke up, and then “graduated” to a rehab center to learn to walk again, as the radiation and steroid had seemed to rob her of much of her strength. After 2 weeks, she has returned home and is still making progress forward and is able to care for herself and go on the occasional shopping outing. There is no trace of cancer in her lungs at this time and she is still recovering from radiation. The cancer on her adrenal glands has not been addressed, but we are hopeful. God has already given us much more time than anticipated (many sites project 8 months for extensive sclc even with treatment) and during much of it, Mom has been very healthy and active. We’ve had another set of holidays with Mom and hope to see make many more wonderful family memories.

-Fourth Update: We are now 31 months out from initial diagnosis and Mom is still with us. She’s very weak and sleeps a lot and isn’t able to get around very well, but we treasure our time with her. We are getting a lot of time to visit that we never would have had and it’s wonderful to learn more about her life that I didn’t know and to talk with her about stories from the past. Her memories are undoubtedly fading and my heart breaks for her in that and she is often uncomfortable from having to sit so much. Our biggest challenge now that she has stopped treatment is her getting dehydrated, which is something she’s struggled with much of her life. She doesn’t eat or drink much at all now, but is very much still with us making memories and having lots of visitors.

-Fifth and Final Update: We are now 33 months out from mom’s initial treatment. Last night our Angel got her wings from God. We’re so grateful for the extra time God gave us.

For the last bit of information, I wanted to mention that my mom had been a smoker for 40+ years. Often, she smoked quite heavily. I can’t emphasize enough that if you are smoker or live with a smoker how very vital it is that you quit or stay out of the second-hand smoke and don’t expose your loved ones to second-hand smoke. This is a difficult, heart-breaking disease and I hope someday that they find a cure.

This is my beautiful mom. She was a country girl full of life and full of love, and is so, so missed. She went Home to be with our Lord at the age of 65. 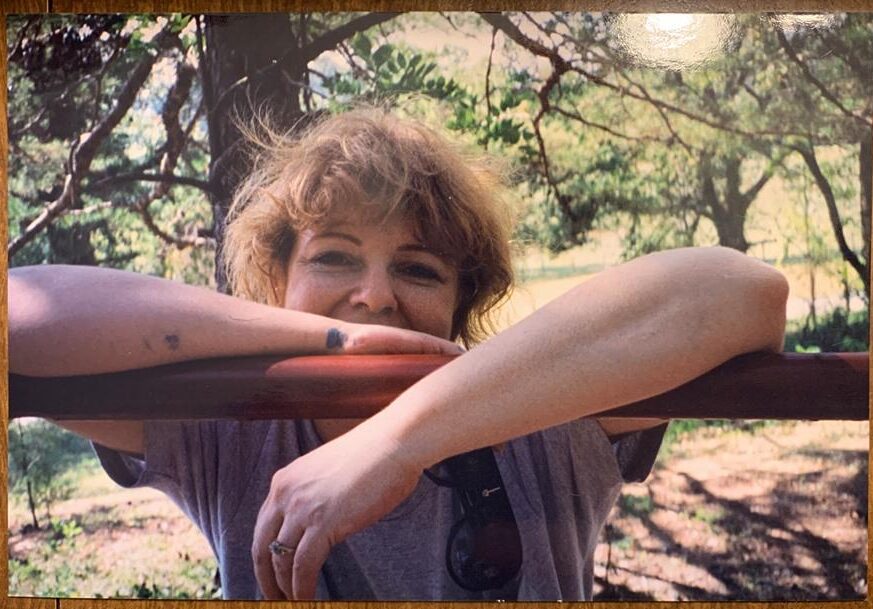 13 Envelopes – A Challenge for a Loving, but Awkward, Heart

13 Envelopes – A Challenge for a Loving, but Awkward, Heart