He had a lot of struggles and one of the biggest ones was constant desats and apneas. They were largely related to his poor little tummy and the reflux it was experiencing. The reflux wasn’t acidic enough that the doctors felt it warranted medication, but it was enough of a disruption for him that he would hold his breath while he sorted it out when it happened (causing the desat).

At first they added a small amount of rice cereal to his food which helped a lot. The ratio was 1/2 teaspoon to 55 ml. The problem was, he didn’t have a strong enough suck to get the milk through the nipple. We poked the nipple with a metal thermometer to be slightly larger. That worked briefly, but the hospital said it “wasn’t allowed” so they put a stop to it.

We bought a variety of bottles and nipples. Larger holed nipples were way too fast of a flow and he would choke.

The doctors removed the rice from his formula because of the nipple issue and the desats increased again, along with his discomfort.

The next thing they tried was bananas. At first this seemed like a great idea and he seemed to love the flavor. The problem was the reflux came back pretty quickly and the mixture really upset his stomach. It was discontinued after two days.

Finally, when I was praying about it, it came to me: Grind the rice down fine enough that he could get it through the nipple. 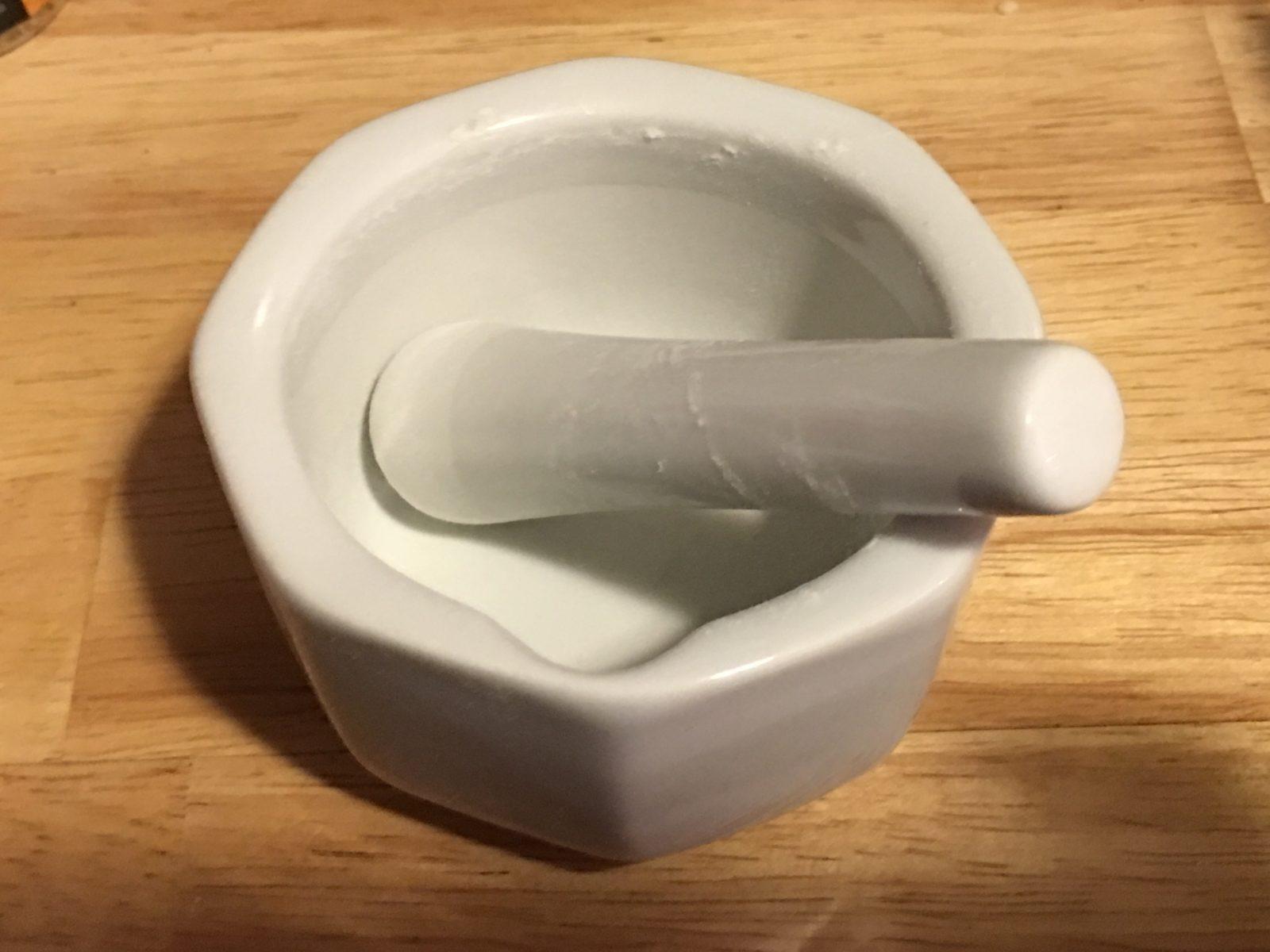 My first attempts were to use the clear plastic bowl that the hospital delivered his rice in and the protective lid from his bottle that wasn’t used for anything else. I worked them like a makeshift mortar and pestle.

Success! He had no trouble taking his formula with the ground rice.

Once we got home, I purchased a porcelain mortar and pestle and used it for the next year.

Update: Shortly before our little guy turned a year old, I discovered that the Beechnut Rice is already ground pretty fine. It’s harder to find this brand, but well worth trying if you can find it!