Bug received a trampoline for Christmas, something he’d been talking about for a long time. My theory on his trampoline fascination ties back to his deep love of his bouncer as an infant. This went to the point that he would continue to climb into it long after he was way too big for it.

Here is the bouncer in question when he was still small enough to fit in it. 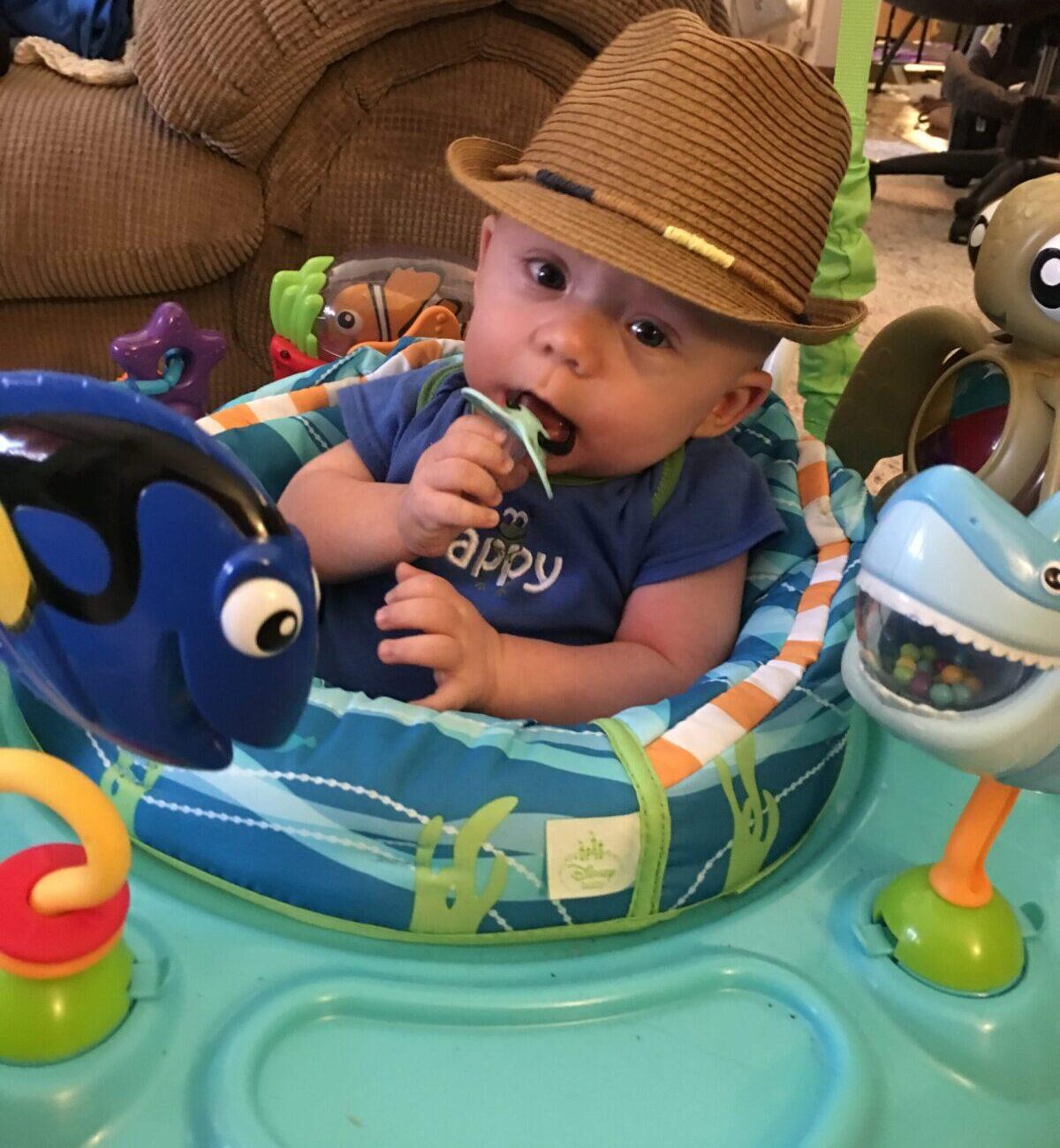 If you’re wondering what bouncer this is, it’s called Disney Sea of Activities Bouncer. It was perfect. So much to do and yet so soothing at the same time.

But, theories as to the cause of the fascination of the trampoline aside, about that same time we’d been struggling with learning colors. I had started to wonder if he was color blind.

My test for this was with a ball pit. I asked him to bring me balls in the colors of his favorite Sesame Street characters.

These are the balls that we used for this exercise. They are pretty inexpensive. I think you can get them in most stores like Walmart and Target if Amazon isn’t  your thing. They are about $25 for a metric ton of them (not really but it will feel like that every time you go to pick them up.)

To my relief, he got each one right, without fail. 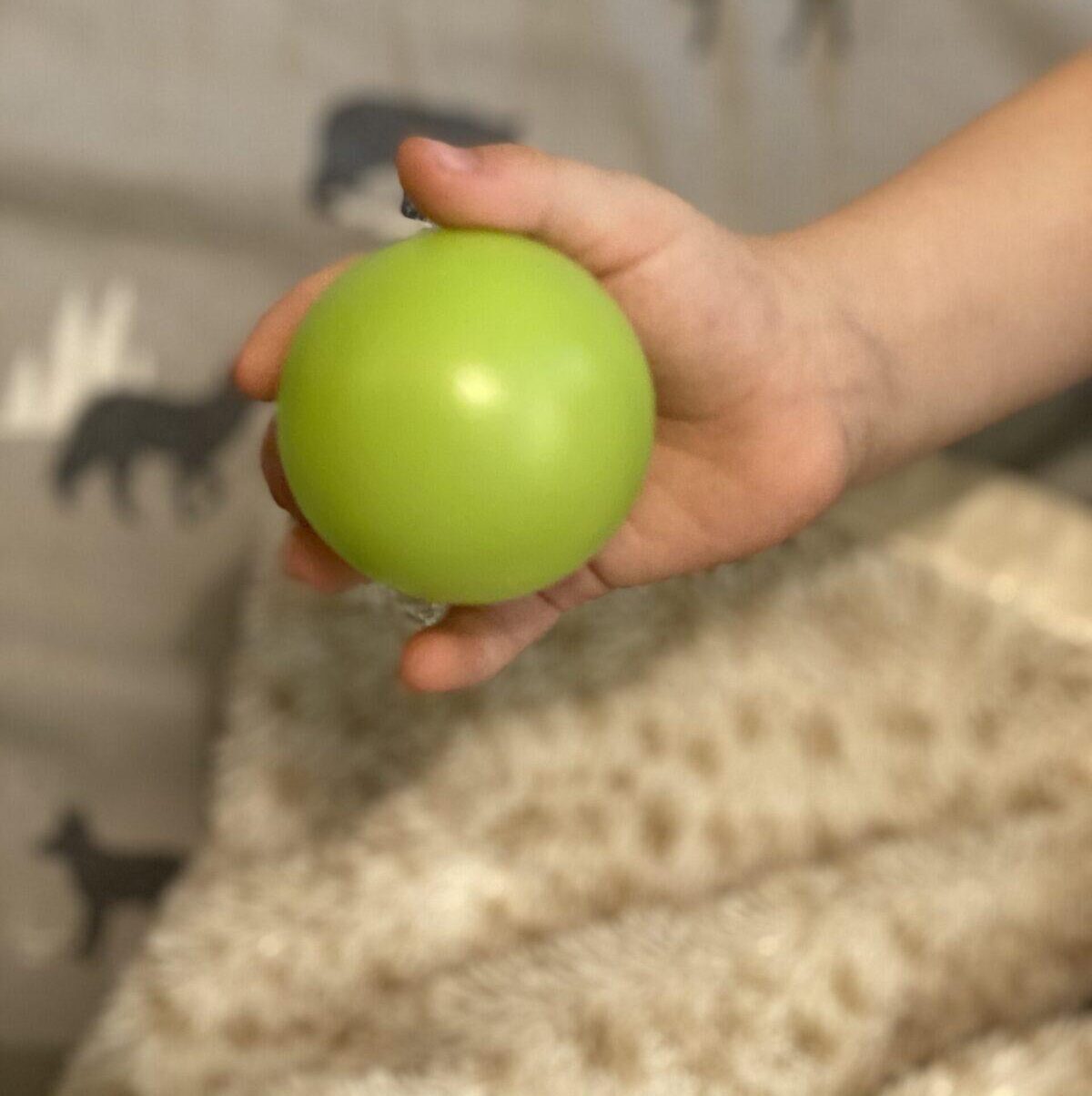 It worked out pretty well because he had to bring me a different ball each time I asked for a color, because I kept the first one he gave me. So, if I asked for Oscar twice, I would have two green balls. Eventually, we would run through most or all of the big bag.

We practiced that for a while and then I would start saying “Green like Oscar” or “Red like Elmo.” I was hoping that if I mixed the two together when he clearly already understood part of it, then we could solidify that each color had a name.

Our next game involved the aforementioned trampoline. It’s a smaller trampoline

, about 5′ across and sits on our back porch. It has a surrounding mesh wall and a bar with padding. There are sea animals on the floor of it and it has bright colors. It’s really nice for a toddler. He loves it and it is seeming to help build his confidence in moving. If you want one like it, this is the exact model.

For the game, I hold up a balloon (un-inflated). The balloons only cost 98 cents per bag.

If he guesses right, then I inflate the balloon and drop it into the trampoline. 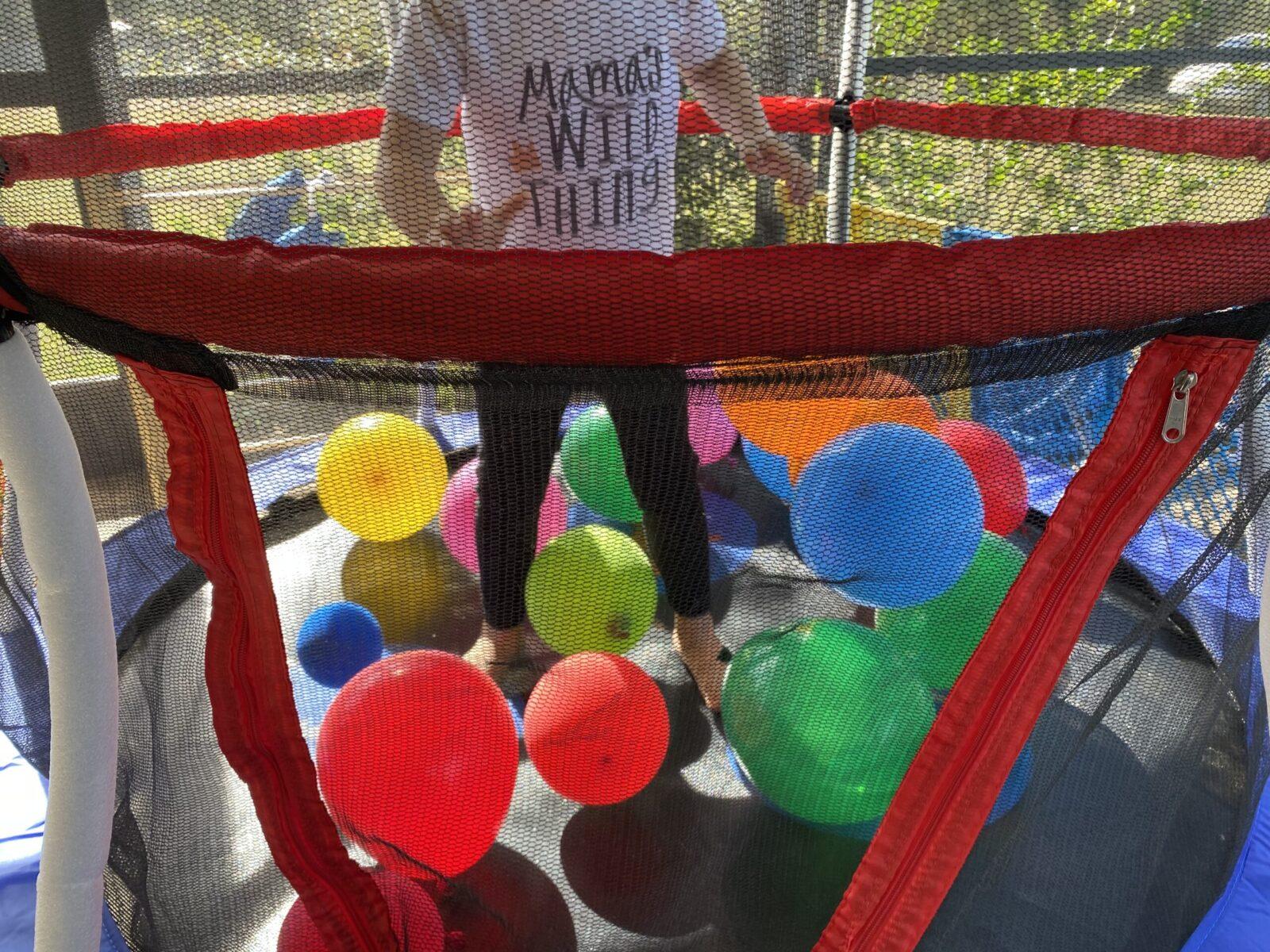 He loves the fun that it adds to jumping. Yes, sometimes the balloons pop, but to my surprise he really doesn’t care. He’s actually pretty proud of the balloon collection that he accumulates by getting them right. It ends up being fun for both of us.