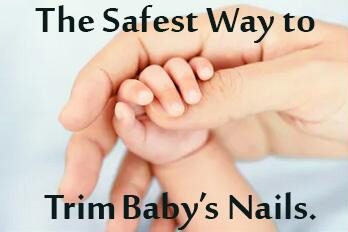 When our preemie was in the NICU, fingernails and toenails were the least of our concern. Our fragile little baby who weighed under 3 pounds barely even had nails.

But, as you know, things quickly change with babies. it wasn’t long before those sharp little nails became an issue. Of course, baby nail clippers are sold everywhere and a relative told me “just chew them off.” I was incredibly squeamish of both ideas. I didn’t mind baby’s fingers in my mouth but I certainly didn’t want to bite his nails. What if I nipped his tender little skin? It horrified me that it might hurt him. 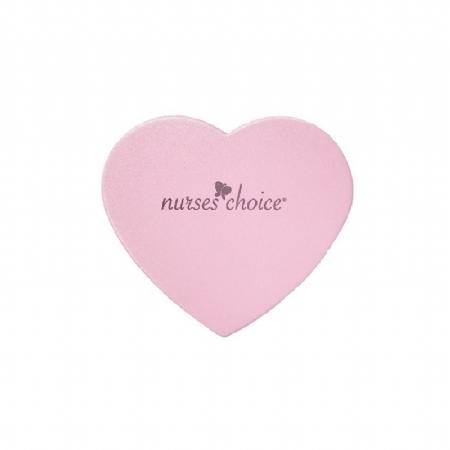 It was one of the nurses that showed me how much easier it was to file his nails instead, which is how they handle little fingers at the NICU at University Hospitals in Cleveland. They gave us a cute little heart-shaped file that was pink on one side and blue on the other. I tried to find the same ones for sale, but could only find this case of them. Unfortunately, it was just too expensive and I didn’t need 36 of them.

I did find just a plain baby nail file after I wore out the one at the hospital, but I didn’t like it as well. It was double sided like the heart, but the shape made it awkward to use. 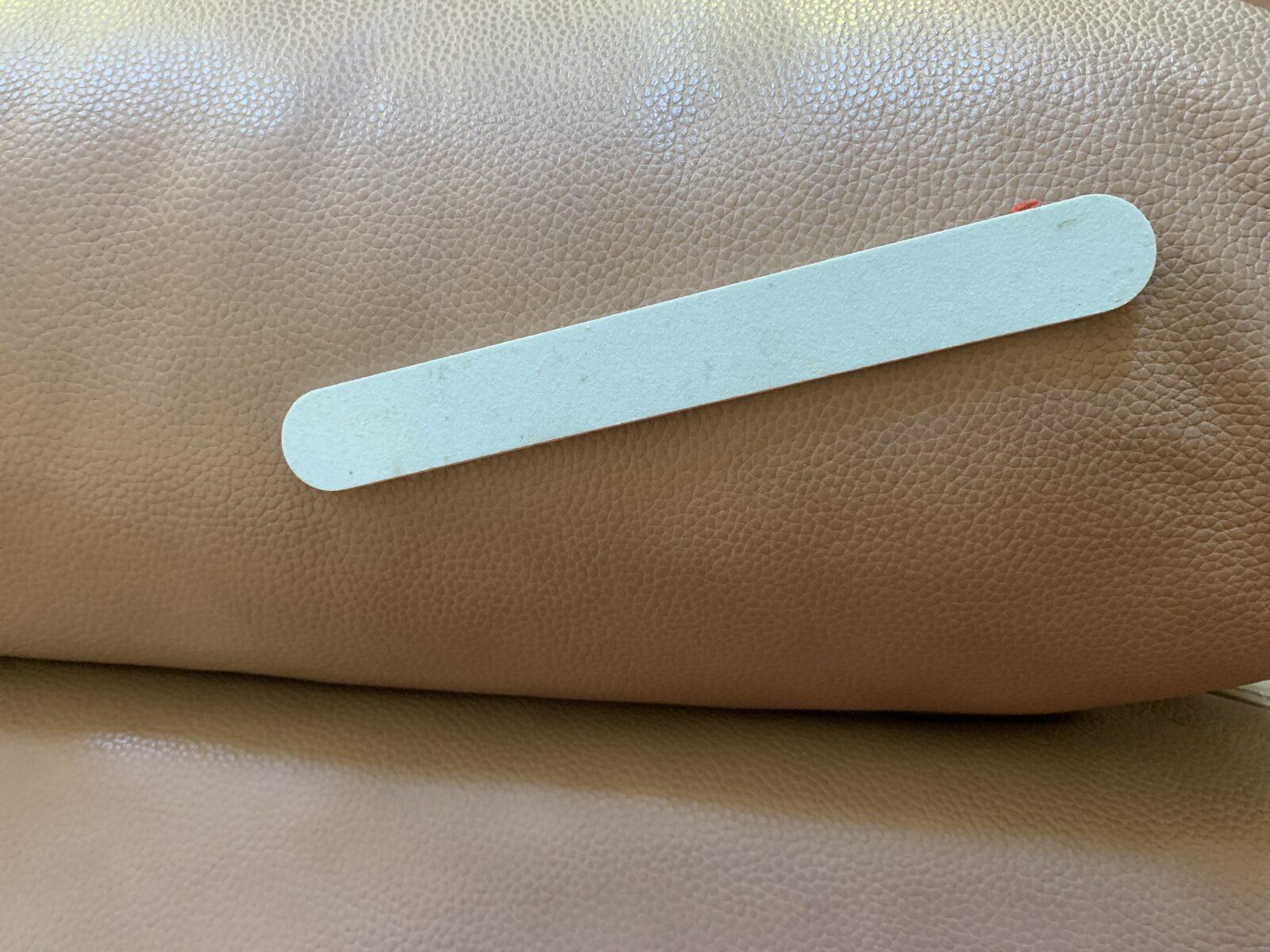 Then, I found this kit during Prime Day and decided to give it a try. It worked amazingly well. The only downside is that the pads do wear out on it, so it won’t last forever. However, for about $15 it was such a relief to not have to fear nipping him on accident and it worked so quickly.

There are several different strengths of pads that come with it. 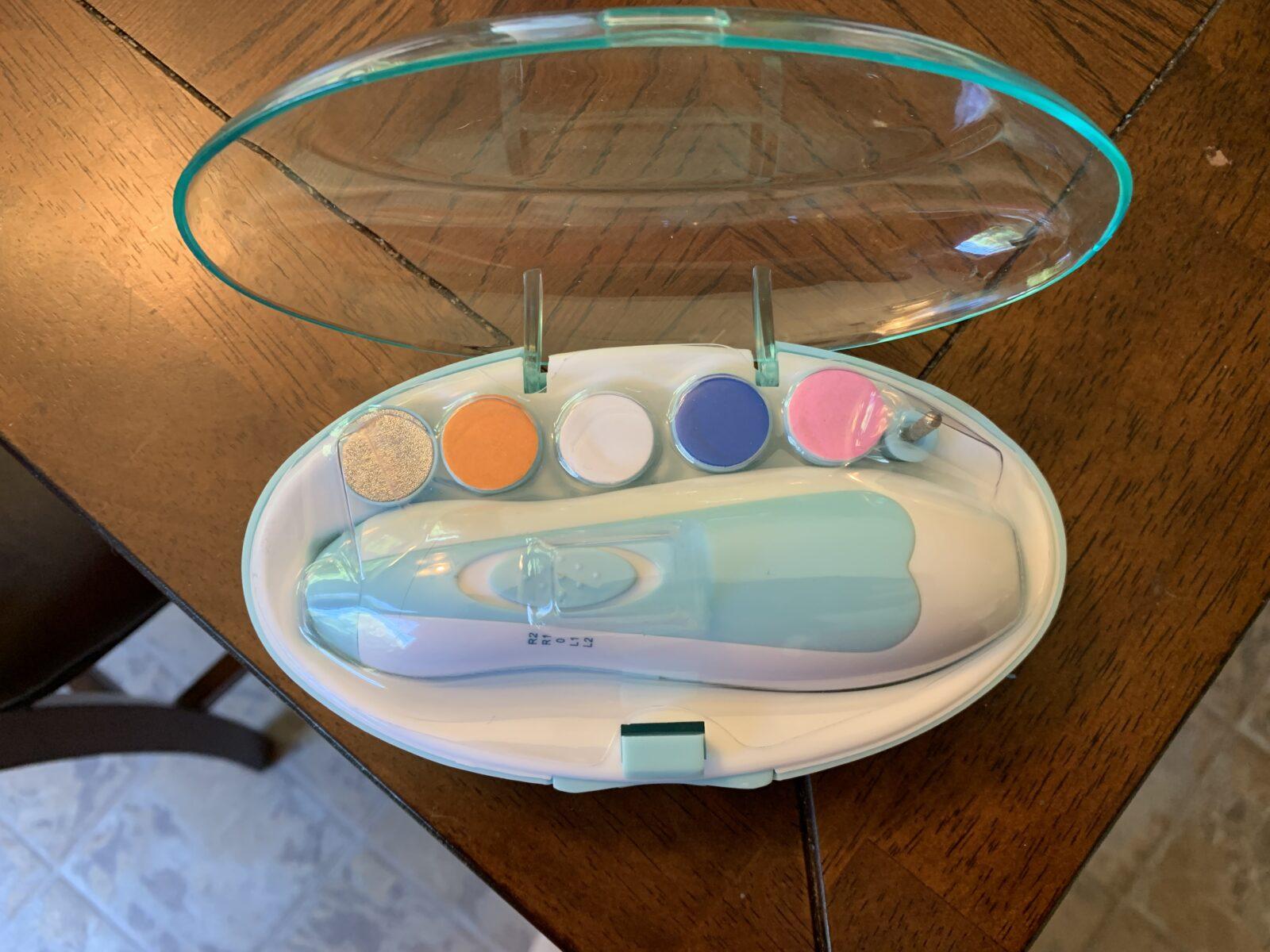 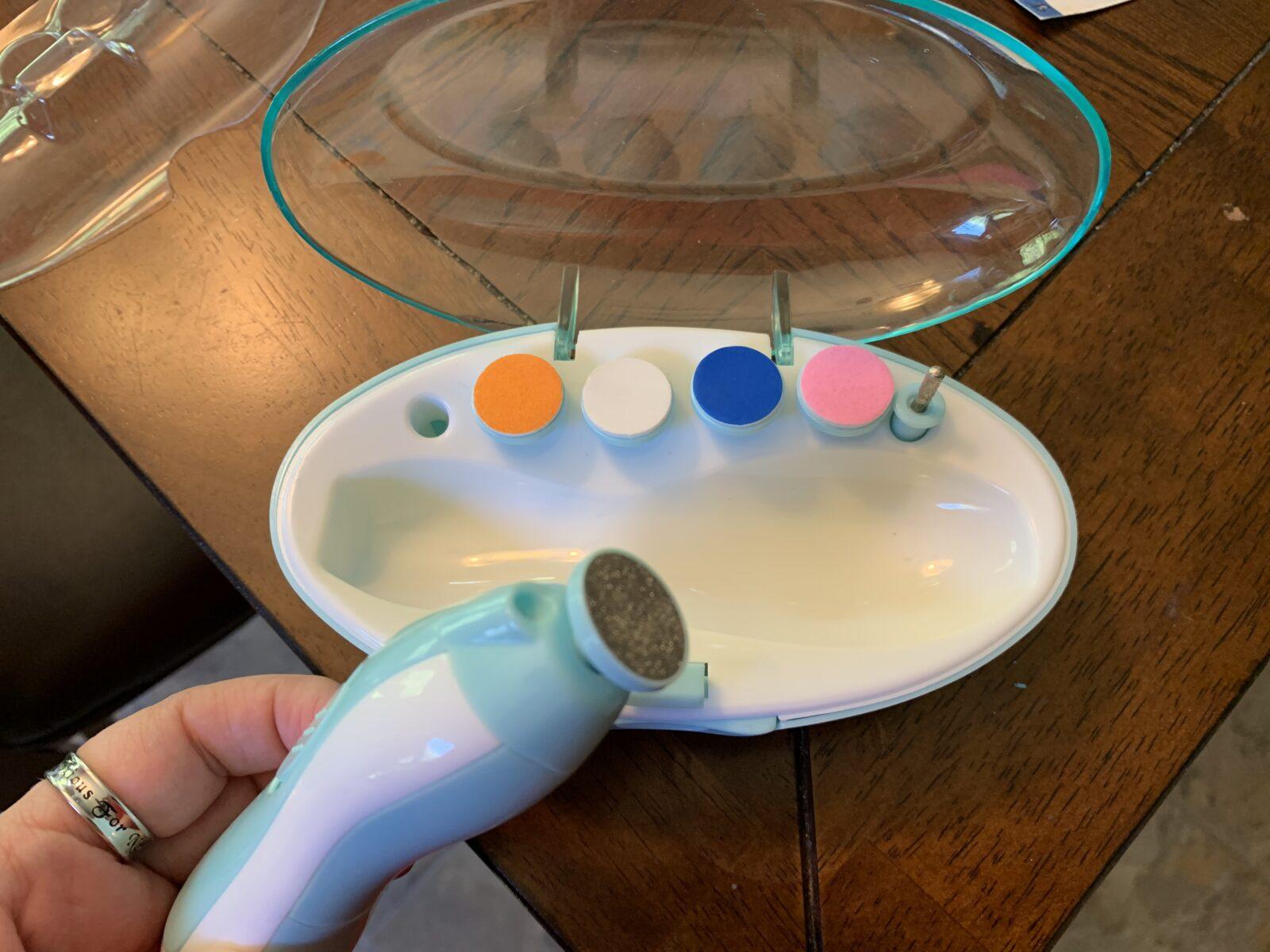 The head shown here is the strongest one, which is metal. The others are gritted in various strenghts/softness. The motor is very quiet with minimal vibration. 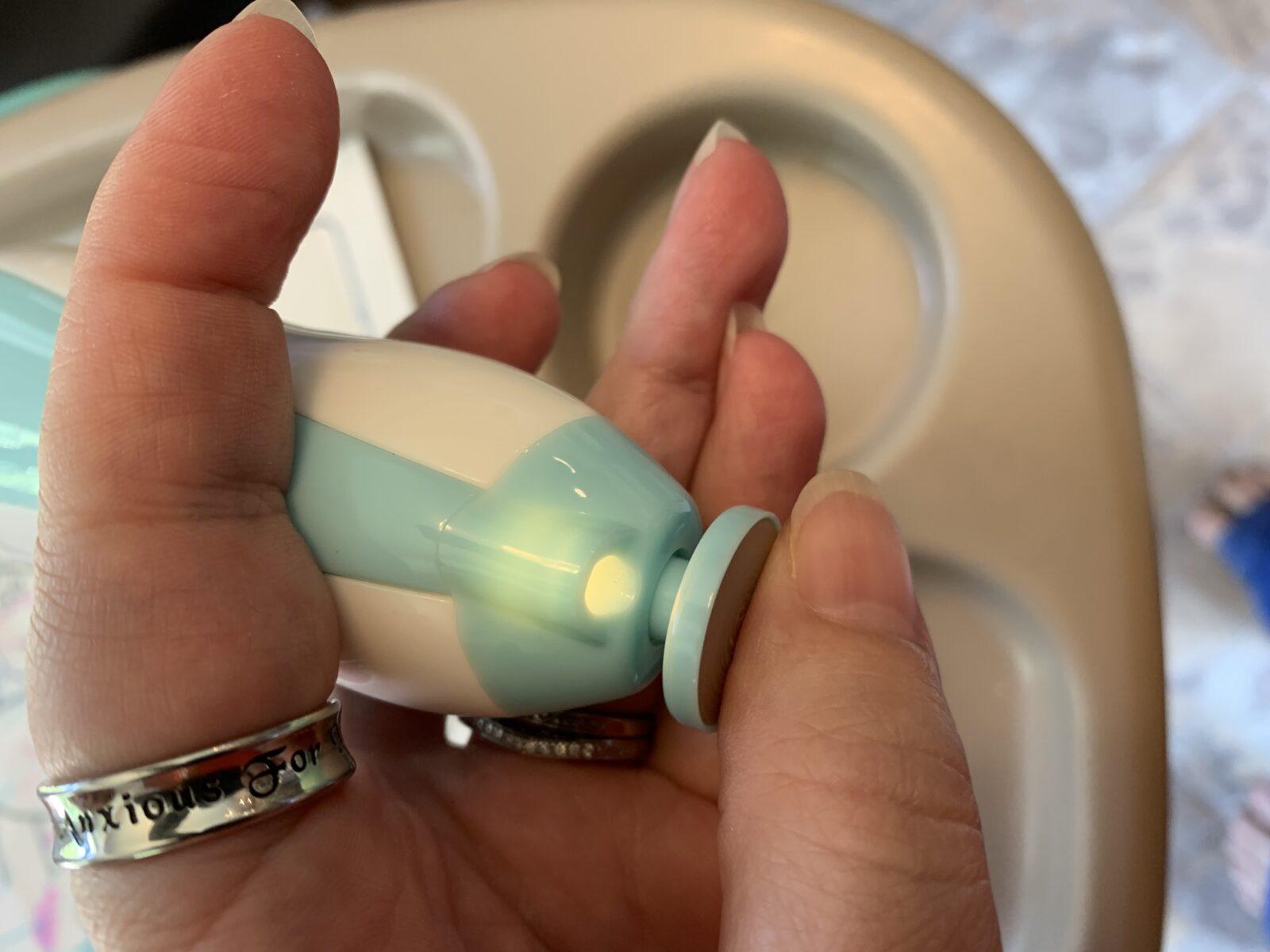 This is me holding the metal one to my finger while it’s running. It doesn’t hurt or damage the skin. Of course, a baby’s skin is softer, but this is to give you an idea. Also, if pressure is put on it, the disk stops rotating. You can see there is also a small flashlight that is just bright enough to help you see what you’re doing without being blinding if you accidentally flash your eyes with it. 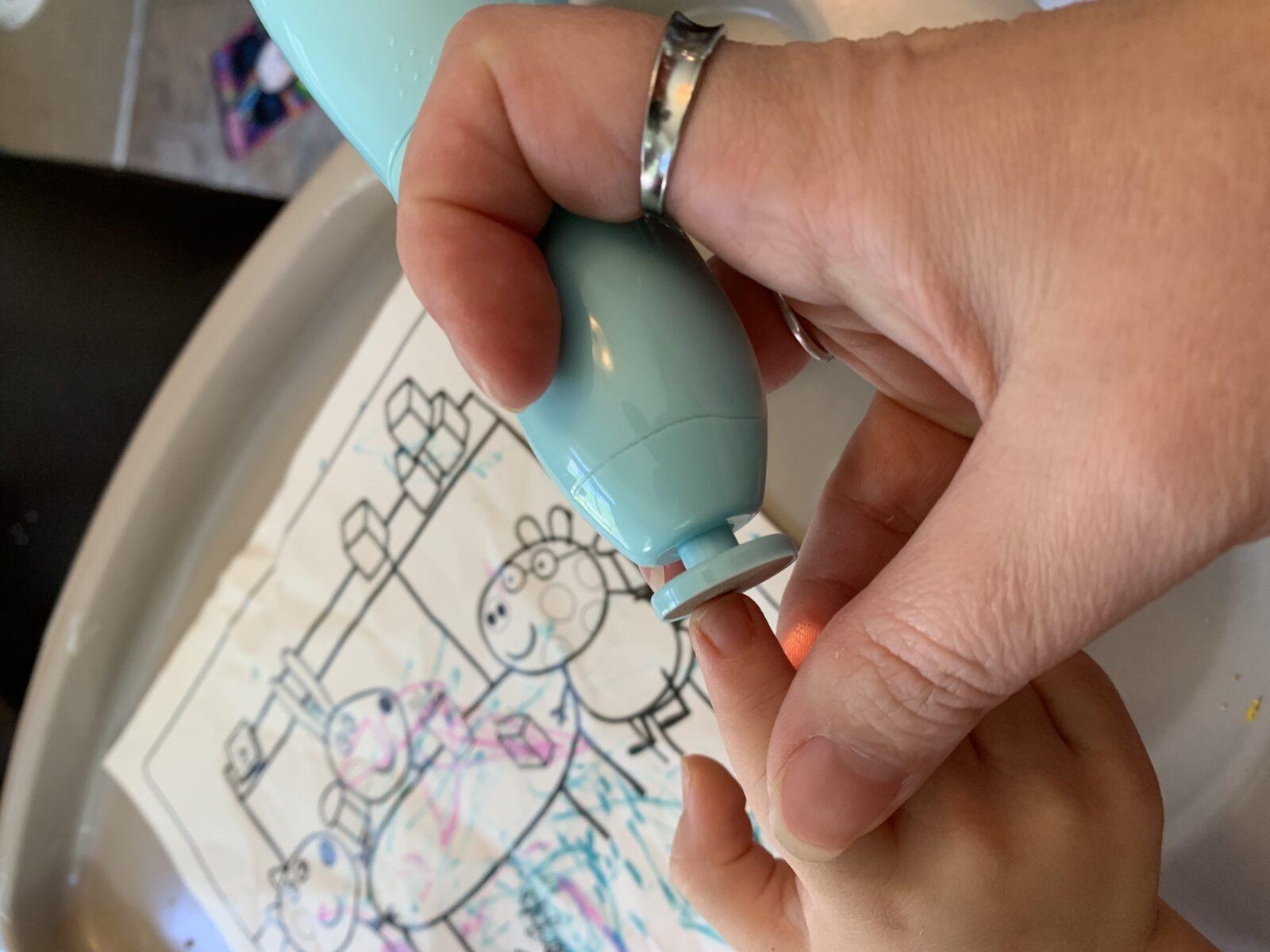 Here, I’m using it on my toddler’s hand for demonstration of how easy it is to use. It works well and is so subtle that we never had a struggle getting his nails quickly and efficiently trimmed.