Some babies just love the soothing vibration that is found in bouncers and some other baby equipment. The problem is that baby equipment that isn’t flat isn’t safe for them to sleep in. Some bassinets have built in vibration, but most of the larger ones don’t and none of the side sleepers do at this time. So, what are there for options?

Fortunately, a couple of companies realized there was a need for a product that could be added to other things. There have only been three that I could still locate in production.

The first is the Summer Infant Soothe and Vibe Portable Soother

The speaker for the sound effects is sorta crappy so I wouldn’t use it as a sound machine unless your little one really likes it.

It has a built in timer and will only run for 20 minutes and shut itself off. This can be confusing at first because the next time your press it to turn it on, you actually have to press it twice to get it to start again. 20 minutes is usually sufficient to do the job.

The vibration has two settings, one is a little milder and the other is more intense.

It takes two AA batteries. For us, they last about a week and a half. I noticed that sometimes the machine seems a little “glitchy” and you have to tap it a couple of times or take the batteries out and put them back in again to work. That’s why I don’t give it more than 4 out of 5 stars. It sells for about $15 currently. The concept and diversity is great, the actual make leaves something to be desired.

Our next option is the Munchkin Lulla-Vibe Pad

The Lulla-vibe is a little less dynamic in it’s function. It has one speed and it pretty much just turns on and off. This actually works better for cribs, though, than the Summer Soother. The best use for the Lulla-vibe is under a crib mattress. Ideally you want the handle poking out to turn the unit off and on rather than having to pull the mattress up to do it. This is easily accomplished with most cribs by just sticking the handle through the bars. There is a video right on the product that shows how it’s done.

Most bassinets and other baby furniture pieces don’t have this option. Yes, you can tuck it in the cradle with your loved one, but the vibration does cause the unit to hop around if it isn’t pinned down. We had some success putting it into the pockets at the end of our side sleeper bassinet, but you will need something along those lines to use it. 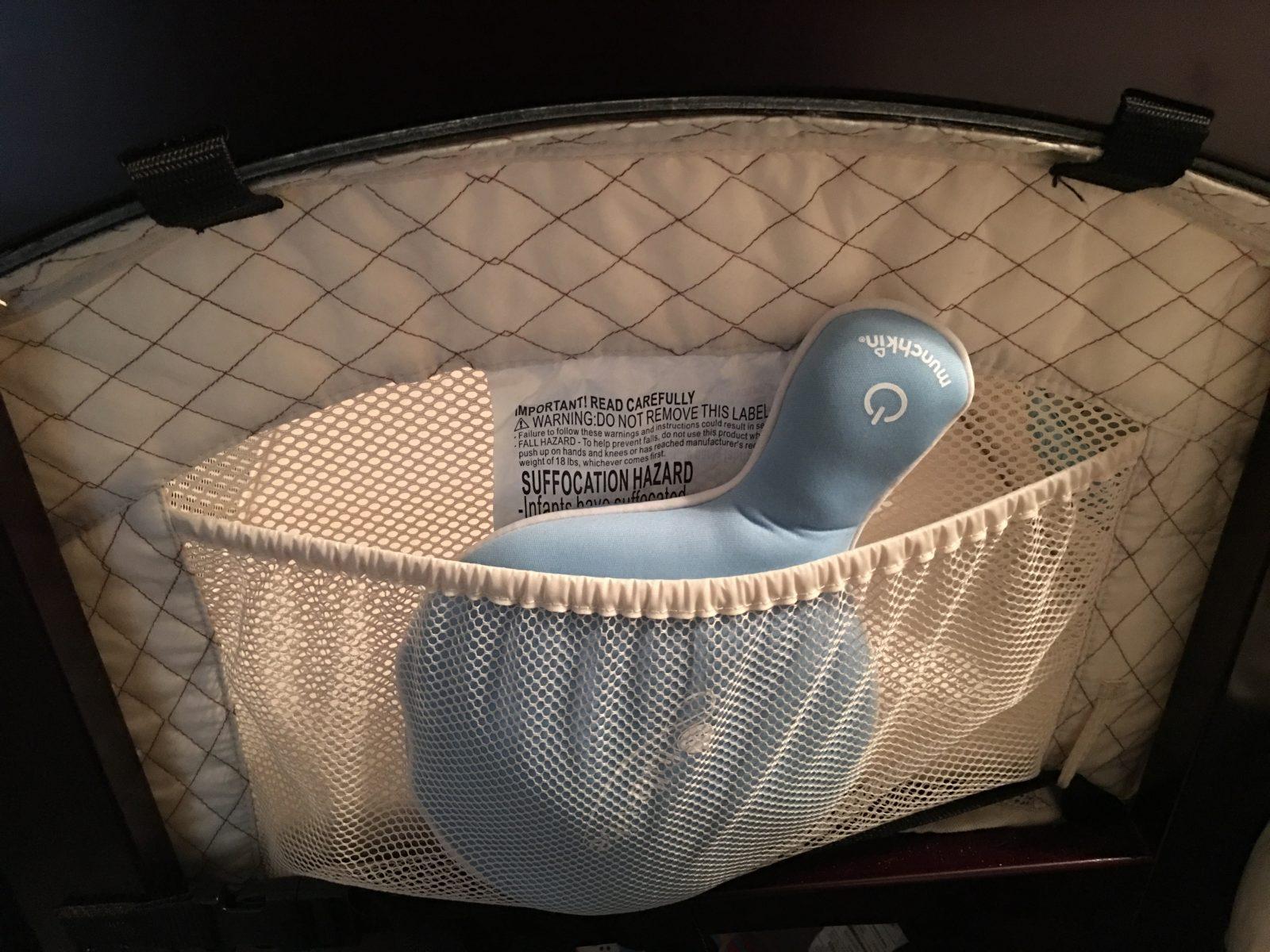 The material is water repellent, but not water proof. It’s like a spongy fabric. There is a velcro closure at the back that covers the pocket for the batteries. The battery chamber is attached inside, so while you can easily change the batteries, you cannot remove the hardware and wash the fabric parts. It sells for about $18

Last, but not least, of the main stream vibration mechanisms for infant furniture is the SwaddleMe Good Vibes Crib Wedge

The crib wedge works exactly like it claims. It has 3 speeds and the speeds are all significantly different from one another.

The wedge itself is firm. It’s designed to hold the mattress up, not to be laid on. The battery compartment is under the wedge and embedded in it. It takes 3 AA batteries and screws closed, then there is a velcro flap that covers the compartment. You also have a master switch here for turning on and off the vibration. If your button isn’t working, check to make sure you didn’t accidentally switch it off.

The incline is 10 degrees, which is pretty mild, though it may be too much for some babies. For instance, our little guy because he will roll down or scooch down even the mildest of inclines. The other concern with the incline is that there is some debate as to how safe it is for very small babies. Safe sleep dictates a flat mattress – period. Does this mean it’s wrong for you? No. But, you should talk to your pediatrician before you put a young infant on any incline.

I definitely think it’s a nice option and we’ll definitely be able to use it one he’s older. At about $25, it’s definitely priced well.