My concern this week is a change in symptoms, but since I haven’t even gotten to my first doctor’s appointment I’m feeling a little stranded.

Throughout your pregnancy, your symptoms are probably going to fluctuate rather than just hammer you with the affects of the changes you are experiencing. Of course, everyone is different so there is no definitive threshold for symptom changes. However, if you aren’t experiencing cramps or bleeding you likely have nothing to worry about.

It still doesn’t hurt to call the doctor, which you should do any time you have health concerns. This is especially true as you progress through your pregnancy or if you are in a high risk category.

As you’ll see from my experience below, sometimes a change in symptoms just means you did something to alleviate them that worked.

My “This Week’s Symptoms”

This week, Frog (as I have started affectionately calling the baby because it is more personal) should be about the size of a blueberry, has a tiny little heart, is developing little arms and legs, and doesn’t look much like a baby yet but it still my little Frog.

The changes in symptoms has me worried. However, I’m assured by most sites that fluctuating intensity of symptoms is normal and that some changes, such as nausea, usually disappear completely for a lot of people. (Later, most of my symptoms end up returning).

Part of the lack of symptoms were things I did to combat them, such as the breast tenderness. I changed to a softer bra. After switching back to a normal bra, the intense tenderness returned.

Specifically, I changed to one without a “structured” cup. Instead it was a soft, unlined and stretchy one that still had a wire for support. Victoria’s Secret used to make such a bra of this soft, luxury fabric, and for some unknown reason they quit. Now their bras are pretty much like any old run of the mill bra which is made mostly of foam.

I finally made the appointment. Choosing a doctor mainly focused on the hospital I want to go to. I chose the one I did because they are very modern, very close, and have a very good reputation.

Coincidentally, I had gone to an OB/GYN earlier that is right nearby that hospital. The first woman I saw there two years ago (yes I’m terrible about going to the doctor) was pleasant, but when I had asked questions about pregnancy at that time she had been really negative about me thinking about having a baby.

Aside from that, pregnancy is a bigger deal than a simple exam and pap. So, when I read her background and her reviews, I opted for a different one in the same office for this particular situation because the other seems more suited. It turns out it was definitely the better choice because she was really nice. Trust me, no one really cares you opted for another doctor and most of the time no one even notices. Make yourself happy. 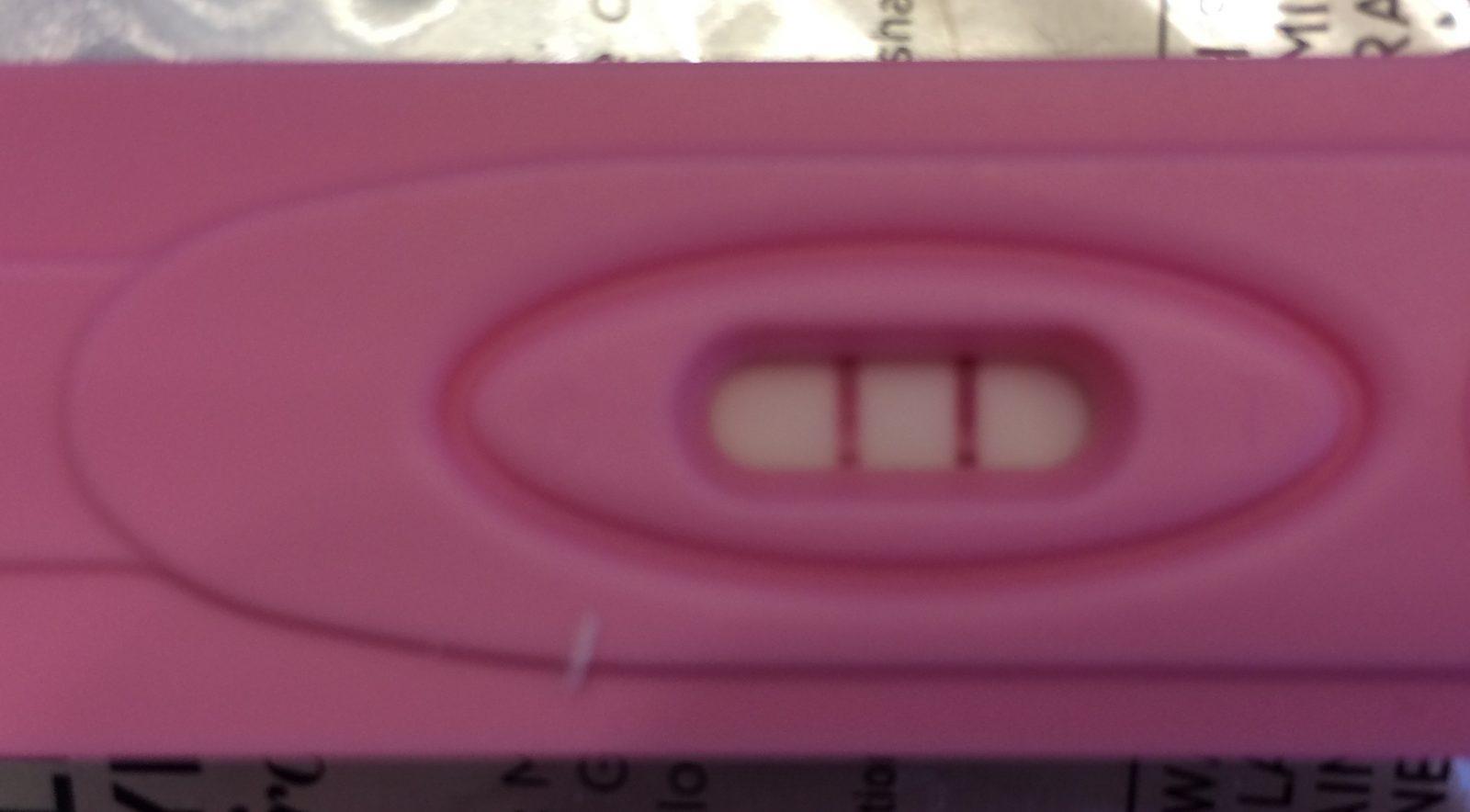 I’ve limited myself to one pregnancy test per week to confirm that it’s still positive so I don’t break the bank going crazy with tests. When I took this one, the lines were still very dark. I’ve not been able to find a definitive answer as to whether the darkness reflects HCG count.

I combed through a BUNCH of apps and most of them were sub-par to say the least. The one I ended up settling on is called Pregnancy+ which is an Android app. It’s by Health & Parenting Ltd. and has a plethora of information – pretty much anything you could want.

On another note, I found an article called “5 Yoga Poses Every Pregnant Woman Should Know” that I’m going to give a try, as well as a YouTube video on pregnancy yoga for beginners. Now it’s just about finding the energy.

I’m not a doctor or health professional, so please seek medical help if you think you might need it. Shyness isn’t a reason to put yourself or your baby at risk if you feel there is something wrong.