We’ve visited Disney a few times during the pandemic. We’ve seen the parks be nearly empty (which was amazing) and honestly too full to be comfortable during a pandemic (we left).

For Christmas Eve, I wanted to do something special for dinner so when a rare reservation for The Crystal Palace at 4:50 showed up I grabbed it. “How exciting!” I thought “The new family meal experience!” 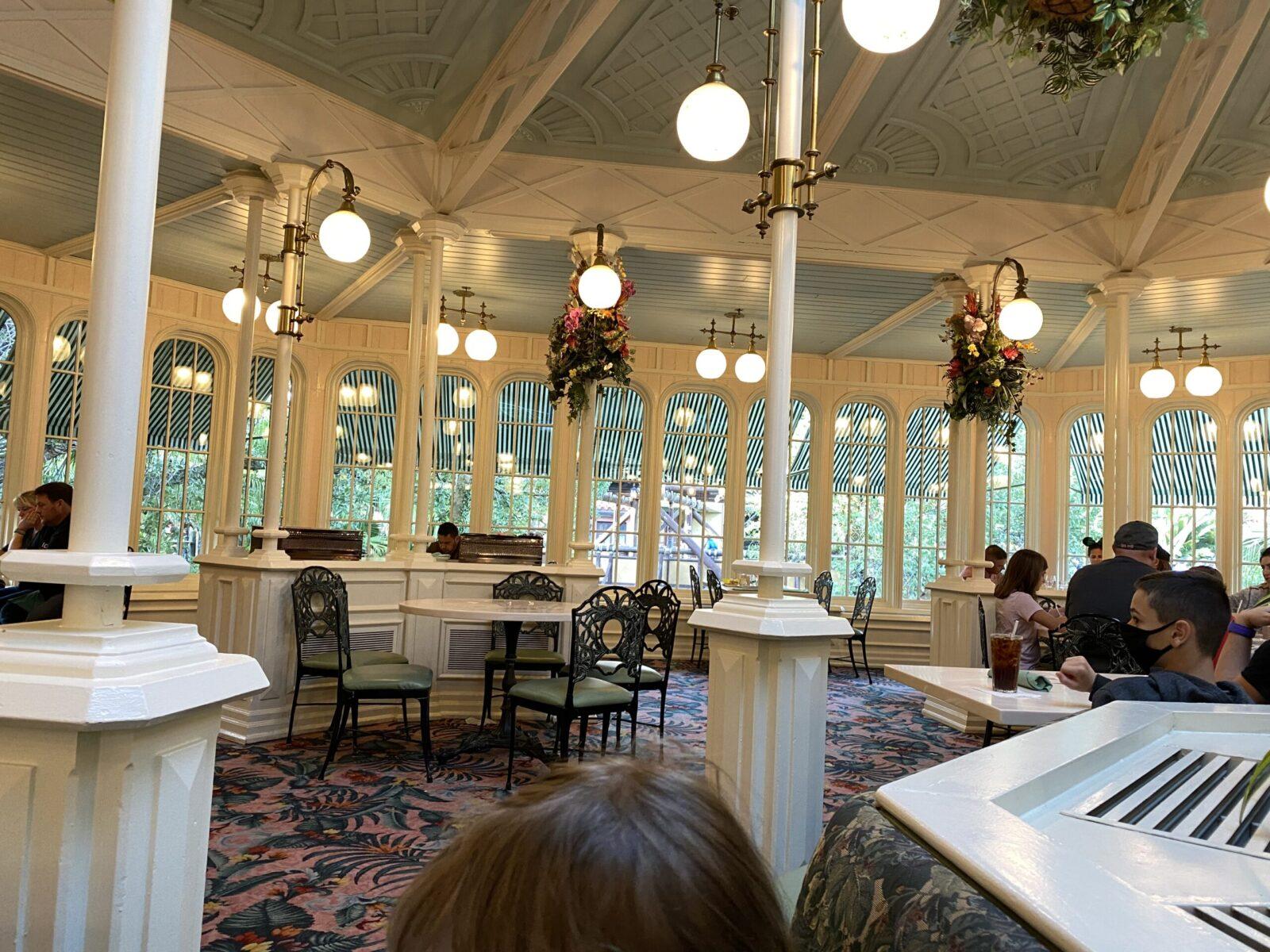 Then there was waiting for characters. The first time we ended up waiting over an hour and a half after we finished eating because we’d been accidentally skipped in rotation. Having your 1 1/2 year old watch other kids interacting and playing with Tigger and being left out is a terribly unfortunate experience. He didn’t cry, but he was disappointed. I understand actors get tired and need breaks, so I wrote it off to just bad luck.

We gave it a second chance, hoping the first was a fluke. We had a nearly identical experience. That time we were seated just after the characters passed by our table area, so again no visit. The experience was terrible overall, especially for the price and what we’d usually come to expect from Disney. 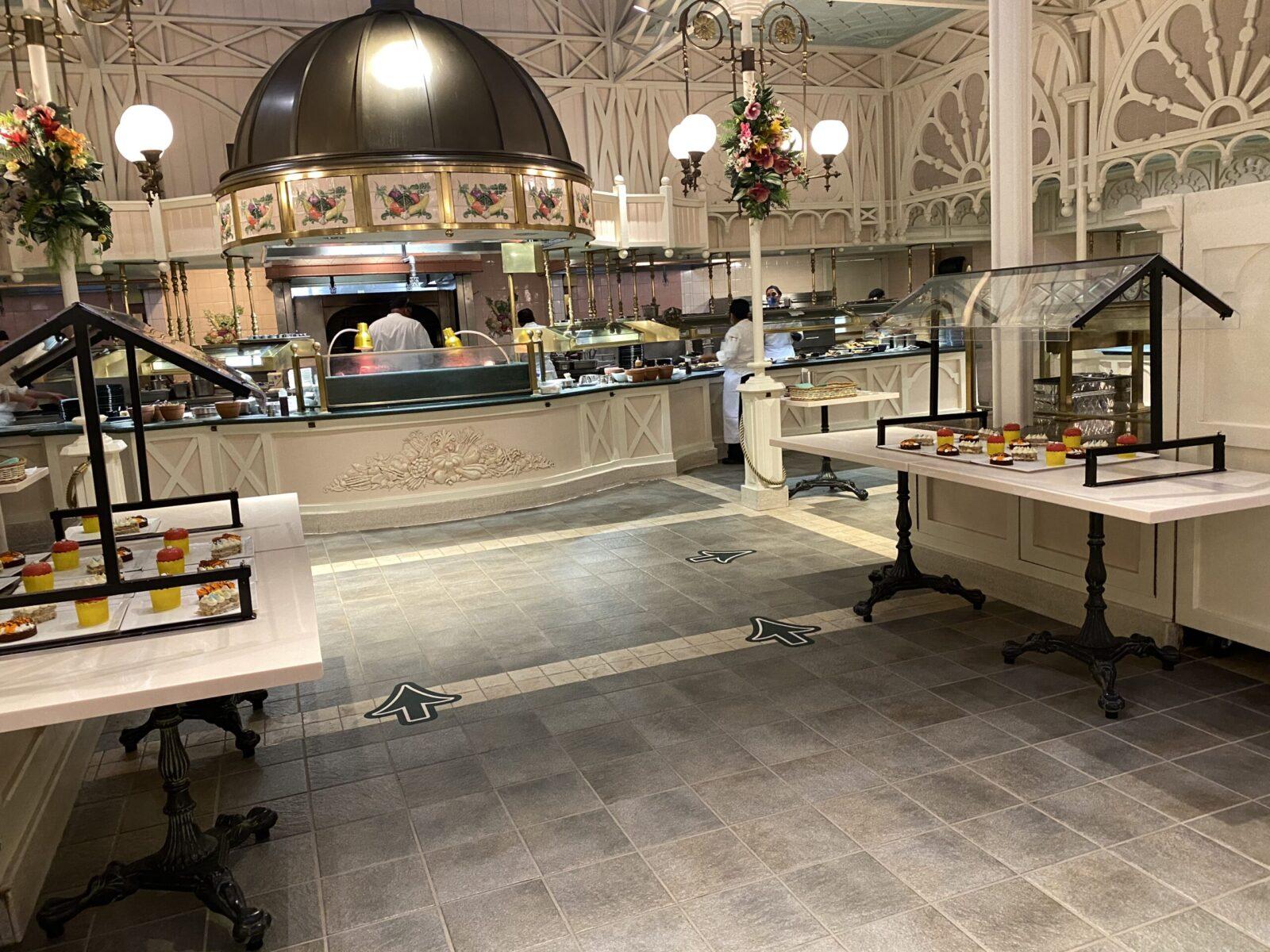 I didn’t get it, because every other experience we had while dining during those visits were amazing. The characters fawned over Bug. The food was good, or at least satisfactory. Why was Crystal Palace – a gorgeous setting with Winnie the Pooh characters – falling short?

Here was the chance of improvement! Maybe this new family style meal would be amazing! I couldn’t wait to give it another chance.

We were seated right away. It wasn’t the greatest view, but not everyone can have window seats. It worked. Soda pop was included – yay!

First on the Menu: 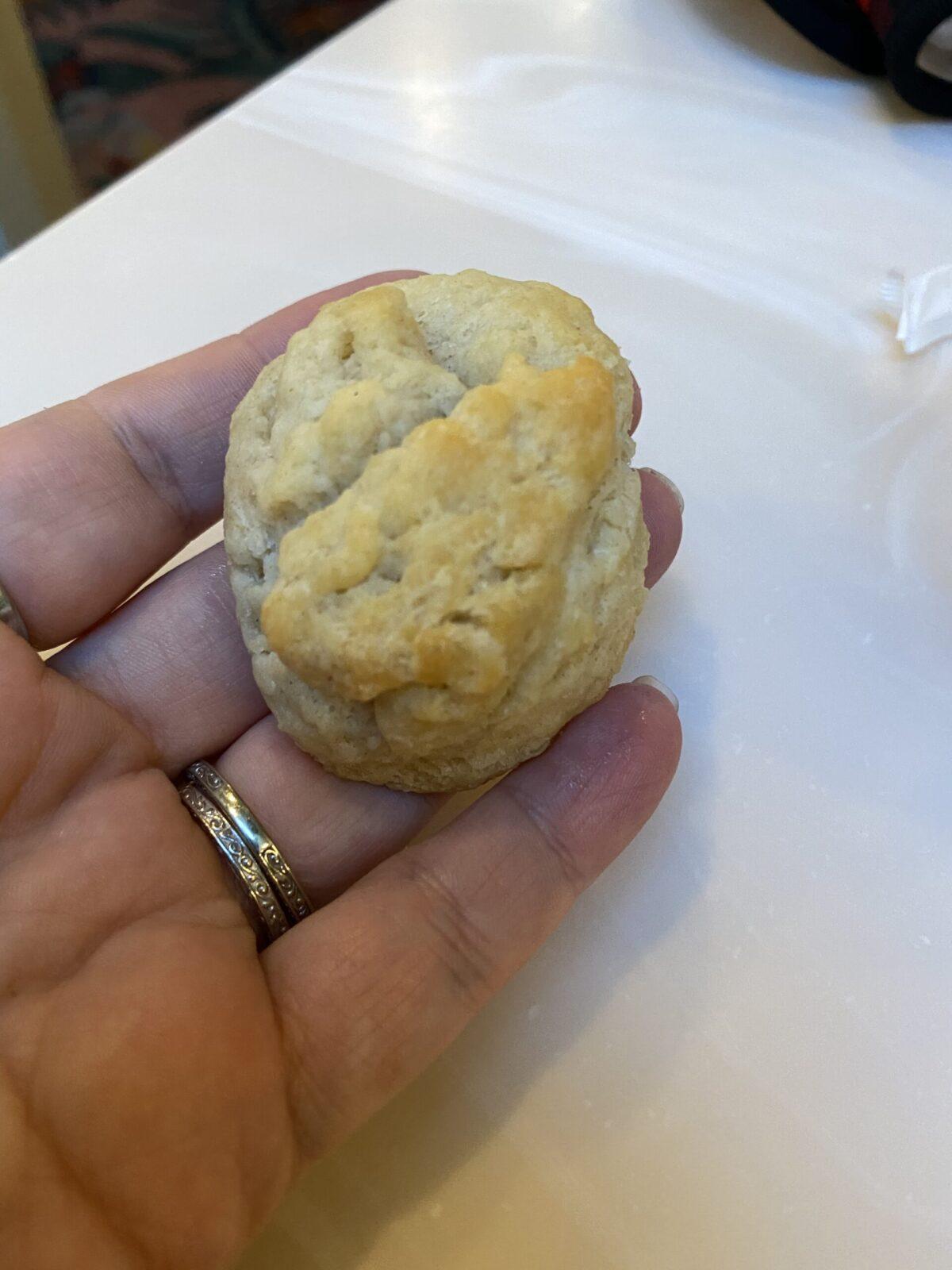 Ok, these were super yummy. They are served at room temperature. For the 3 of us, we received 5 biscuits. But, they were all about the size of a silver dollar. That was unexpected. My family is from the South and when I hear “biscuit” I expect something slightly smaller than an English Muffin. Oh well, no big. There were more courses. The butters and jelly were yummy though I didn’t really see any spiciness to the jelly. 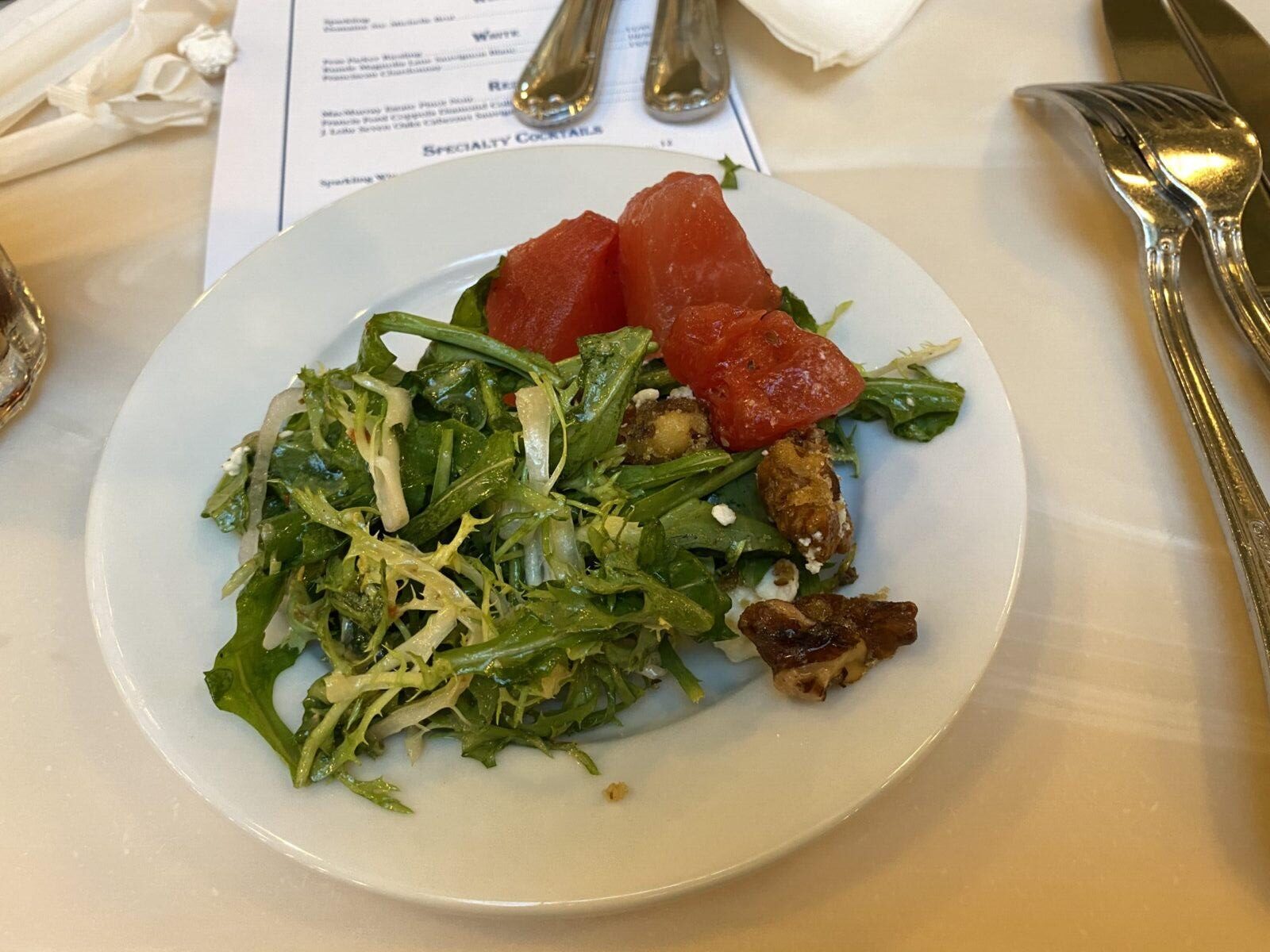 On the menu, it claims there is a choice of a green salad or the seasonal salad. Apparently that is not the case. It was fine. The candied walnuts were yummy. Bug enjoyed the tomatoes. It wasn’t spicy. It was fairly pleasant, though the dressing is applied with a heavy hand and cannot be served on the side. I also sort of wish Disney would stop putting blue cheese (which tastes like basement in my opinion) on everything, but that’s just a personal preference. 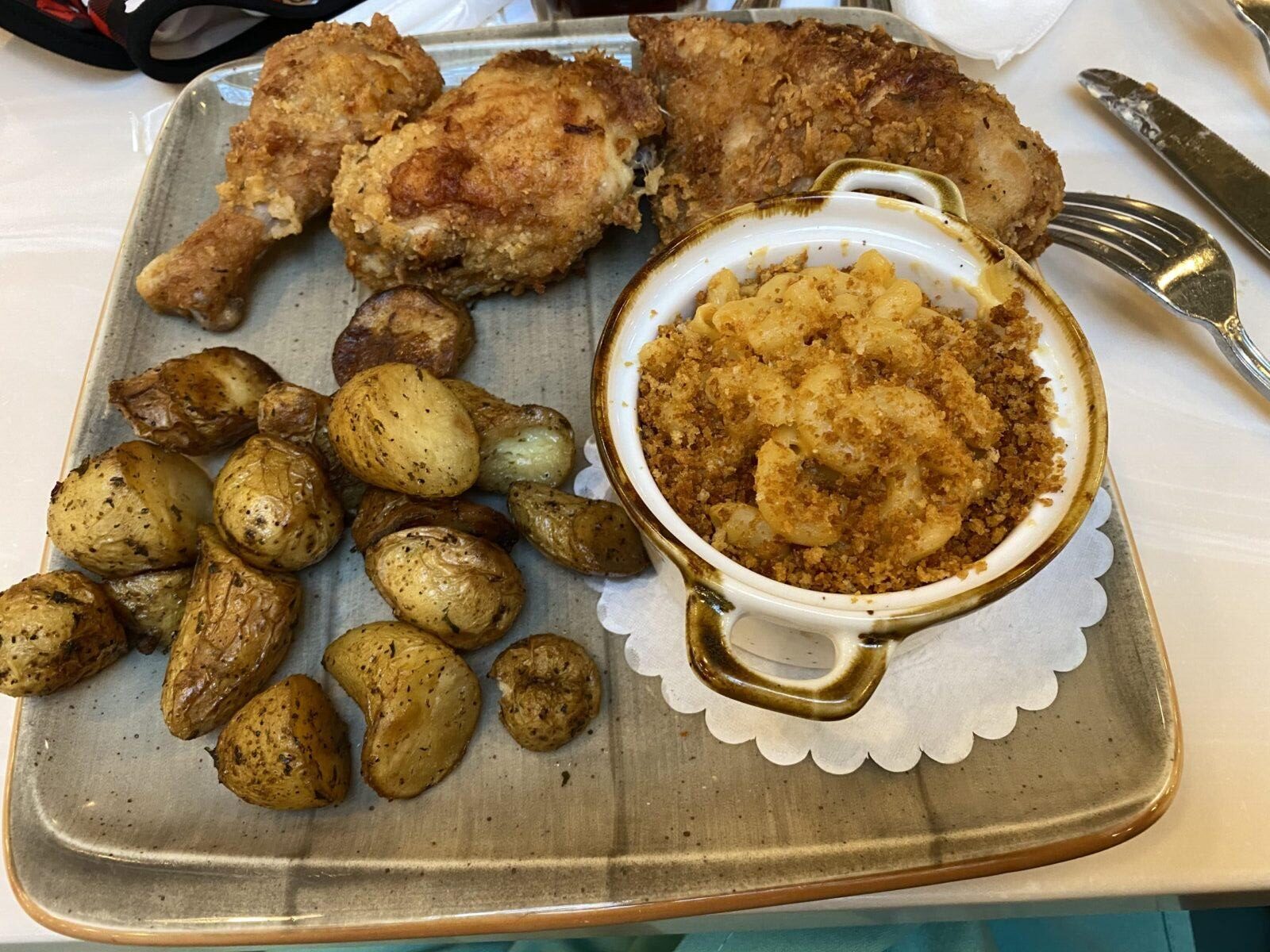 I thought this was pretty good, but it does taste like normal fried chicken. You couldn’t taste honey at all. The macaroni and cheese were good. We both opted to switch the collard greens for potatoes. The potatoes were yummy. The presentation was nice. It’s similar to KFC chicken. It felt like the chicken needed some sort of sauce. Maybe it was because that’s how I had interpreted the honey drizzle.

Seasonal Fritters with Powdered Sugar and Chocolate Dipping Sauce, Banana Cream Pie, Hummingbird Cake, and a Honey of a Cupcake

Again, no choice on this one and it wasn’t quite as described. These are presented fairly well and are kind of cute, but the taste isn’t as good as the desserts found elsewhere in the kingdom. There was a little bag of donuts (the fritters) with dipping sauce, a cupcake with a mousse of some type on top, a brownie with frosting, and the square thing I think was supposed to be the banana cream pie. The fritters were the best part. The cupcake was a little disappointing even though it was cute. 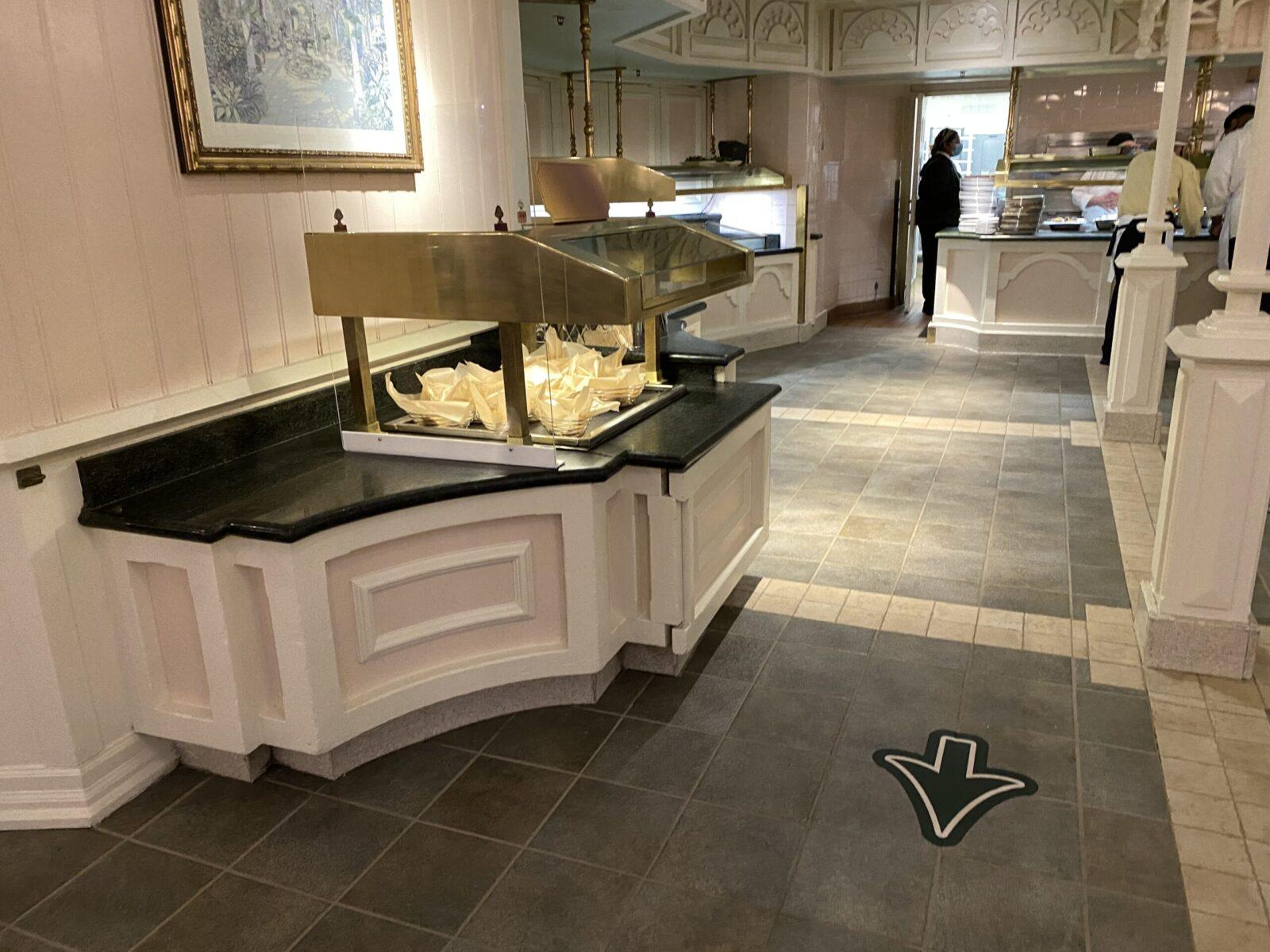 The desserts and appetizers are pre-prepped and sit in the old buffet area of the restaurants for the servers to grab and take to tables.

The menu wasn’t horribly full, but not as empty as some of the restaurants are keeping with the social distancing measures. 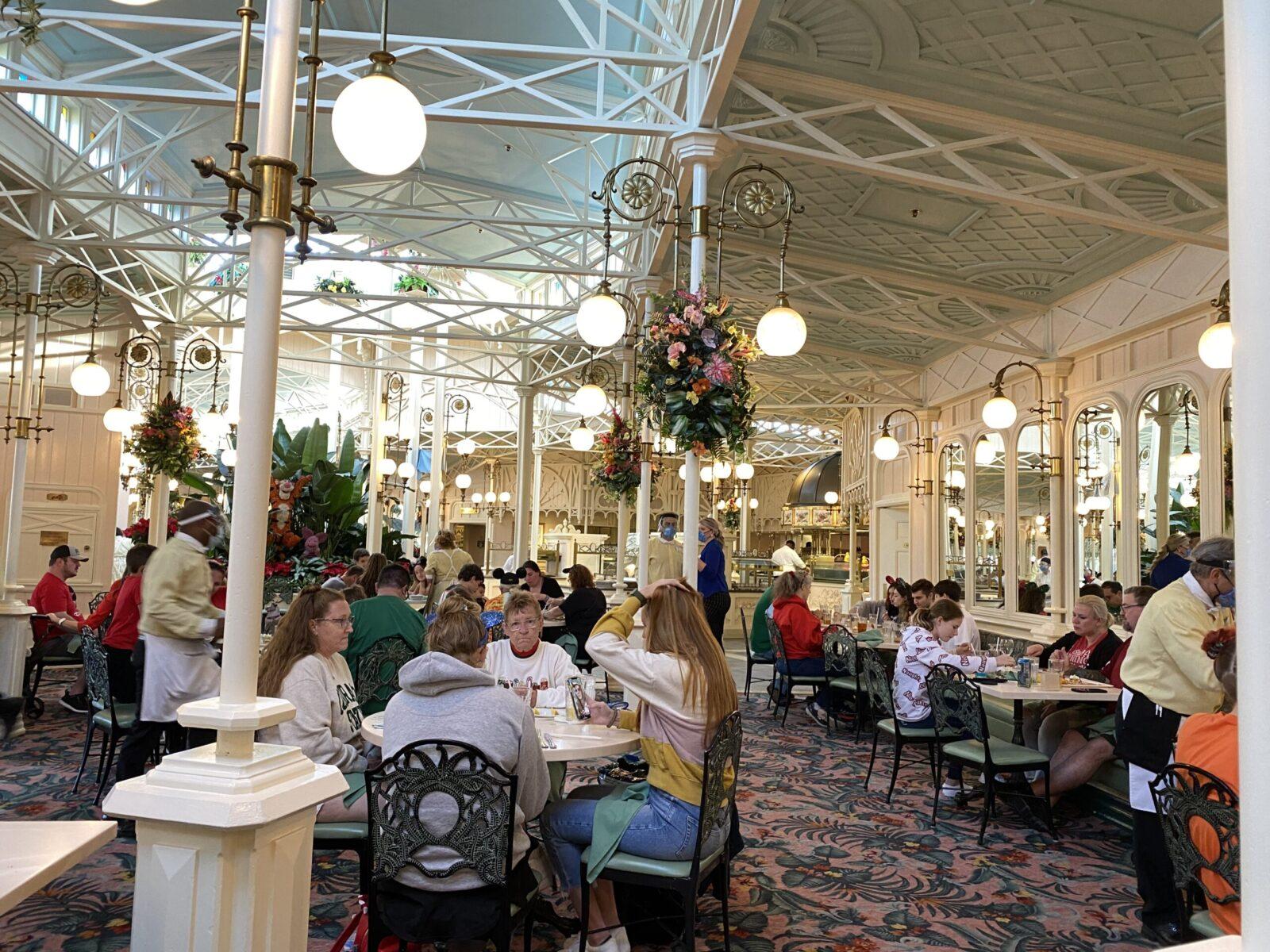 Now, the biggest redeeming factor of the meal is that it’s only $39 per adult and $23 per child, which is super cheap compared to most sit-down dining in the Magic Kingdom. The food isn’t bad, it just isn’t great either. I think it’s a vast improvement over what’s normally offered at The Crystal Palace because it actually arrives hot. We’d probably eat there again just because the value (for the Magic Kingdom) is pretty good. 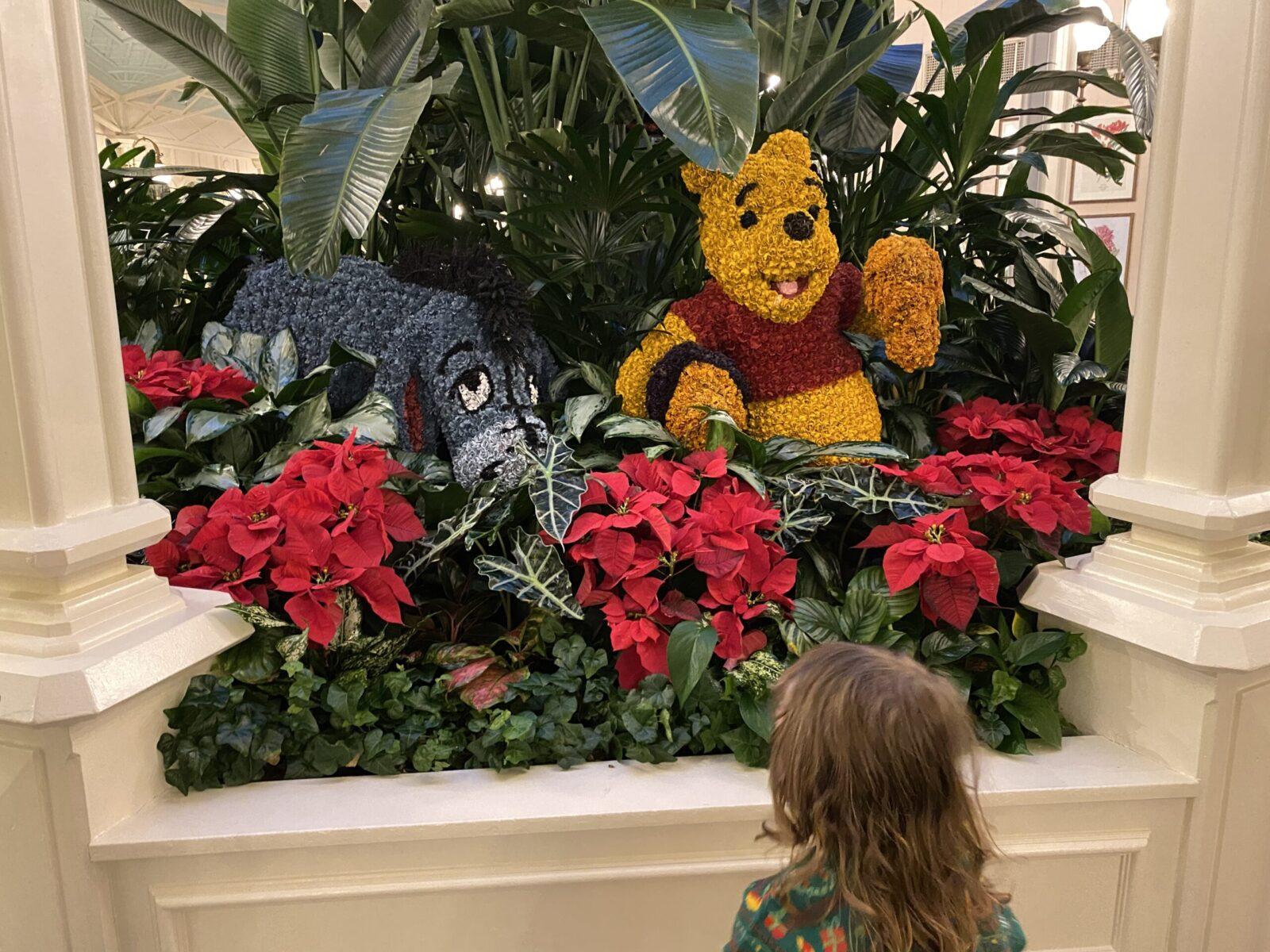 There are no characters, but the theming is still Winnie the Pooh and Friendship Day. It’s a great way to see inside the restaurant at a reduced rate.