Munchiface and Leon are my two Cavalier King Charles Spaniels. I bought Munchi from a pet store and Leon came from Amish country. 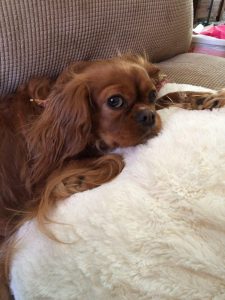 Munchiface is a 3 year old Ruby cavalier who is very gentle, loves to snuggle, and tends to worry and be overly polite and always has been this way. Her favorite time of day is bedtime, because she gets held all night and gets to sleep under the covers with her head on the pillow. She’s my precious baby dog. Friends joke that we have the same hair color. 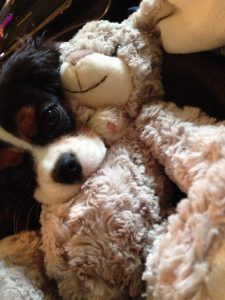 Leon also loves to snuggle, but he is definitely all boy. He is a 1 year old tri-color cavalier. He is not a worrier, he’s a goofball. He doesn’t mind crashing into things when he isn’t watching where he’s going or hanging upside down to look a little closer at something interesting.

They both go to work with me every day. 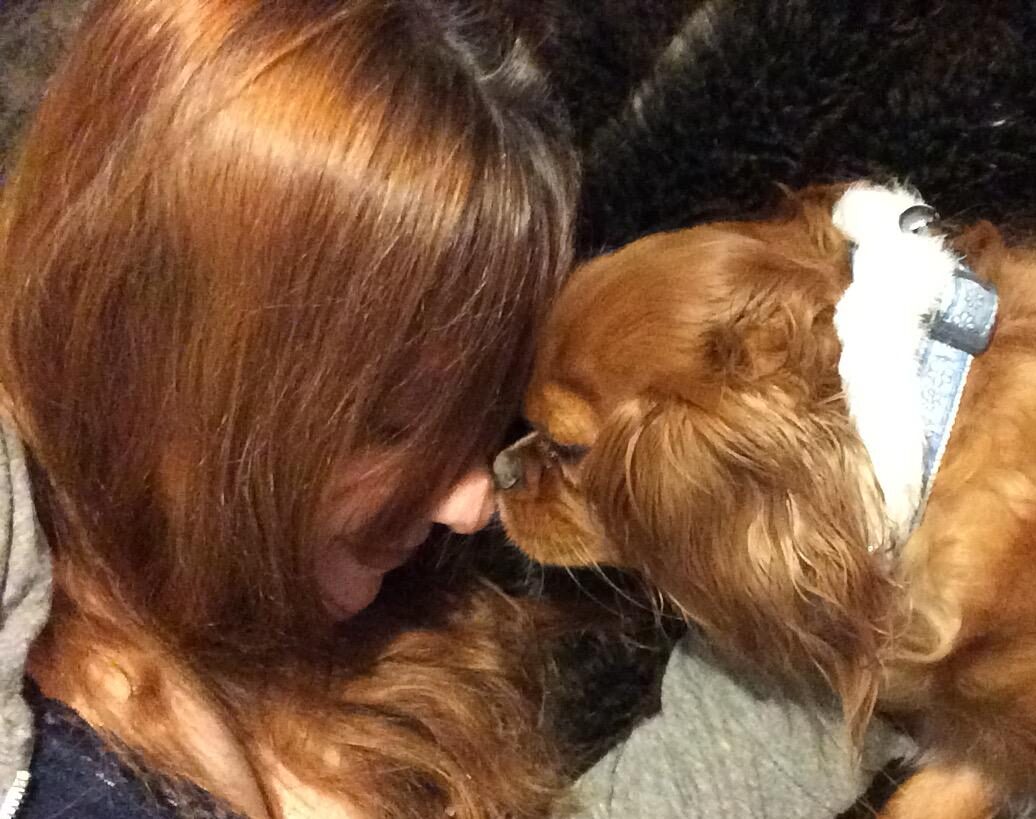 His confidence and her softness balance each other perfectly. Both are very clingy to their people and love attention and are very attentive. Being typical cavaliers, it’s easy to hurt their feelings and they don’t rest if they think someone is upset with them. Cavaliers are extremely loving dogs in general and are very addictive. Fortunately for these two, they aren’t left alone very often. 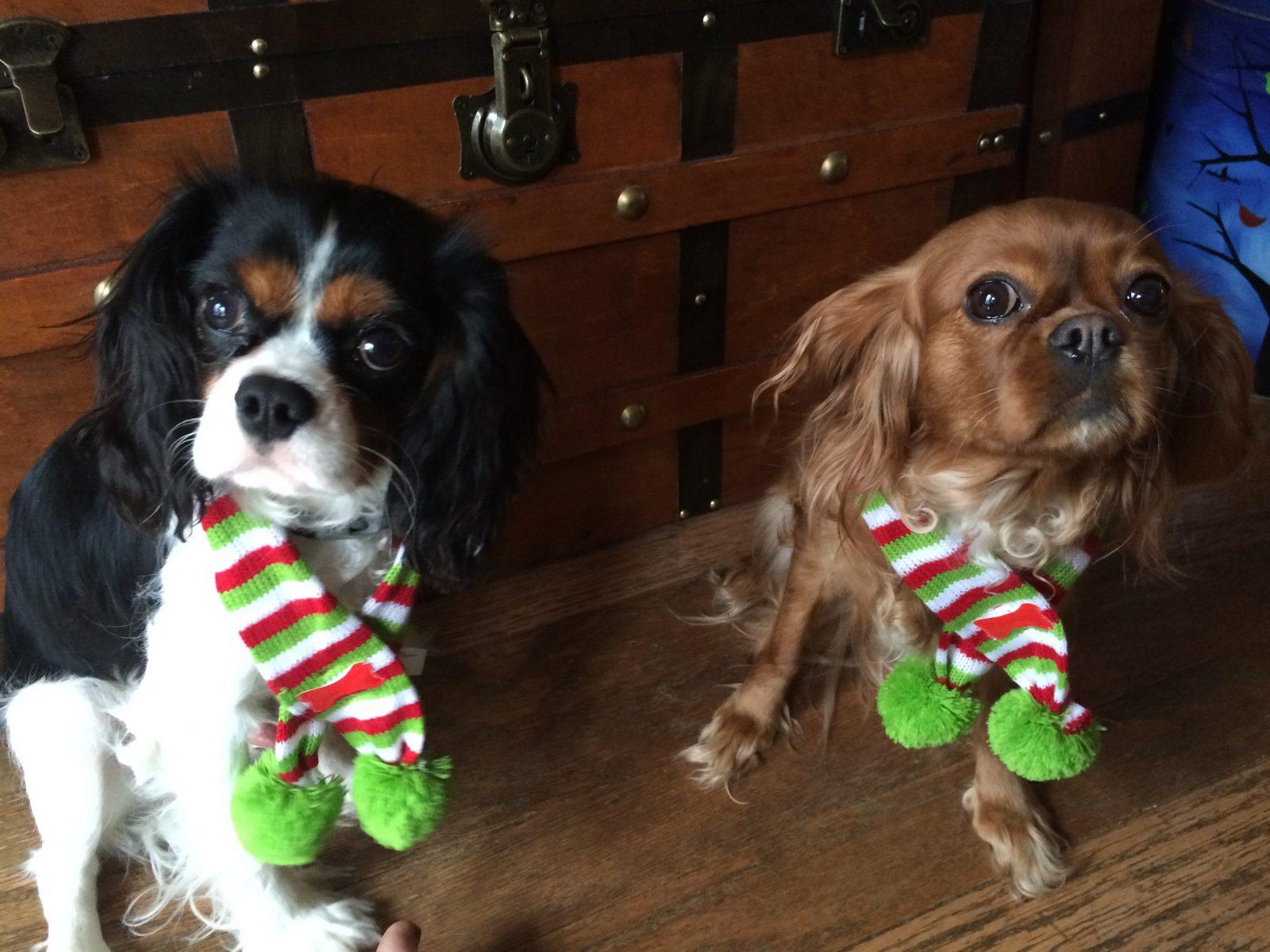 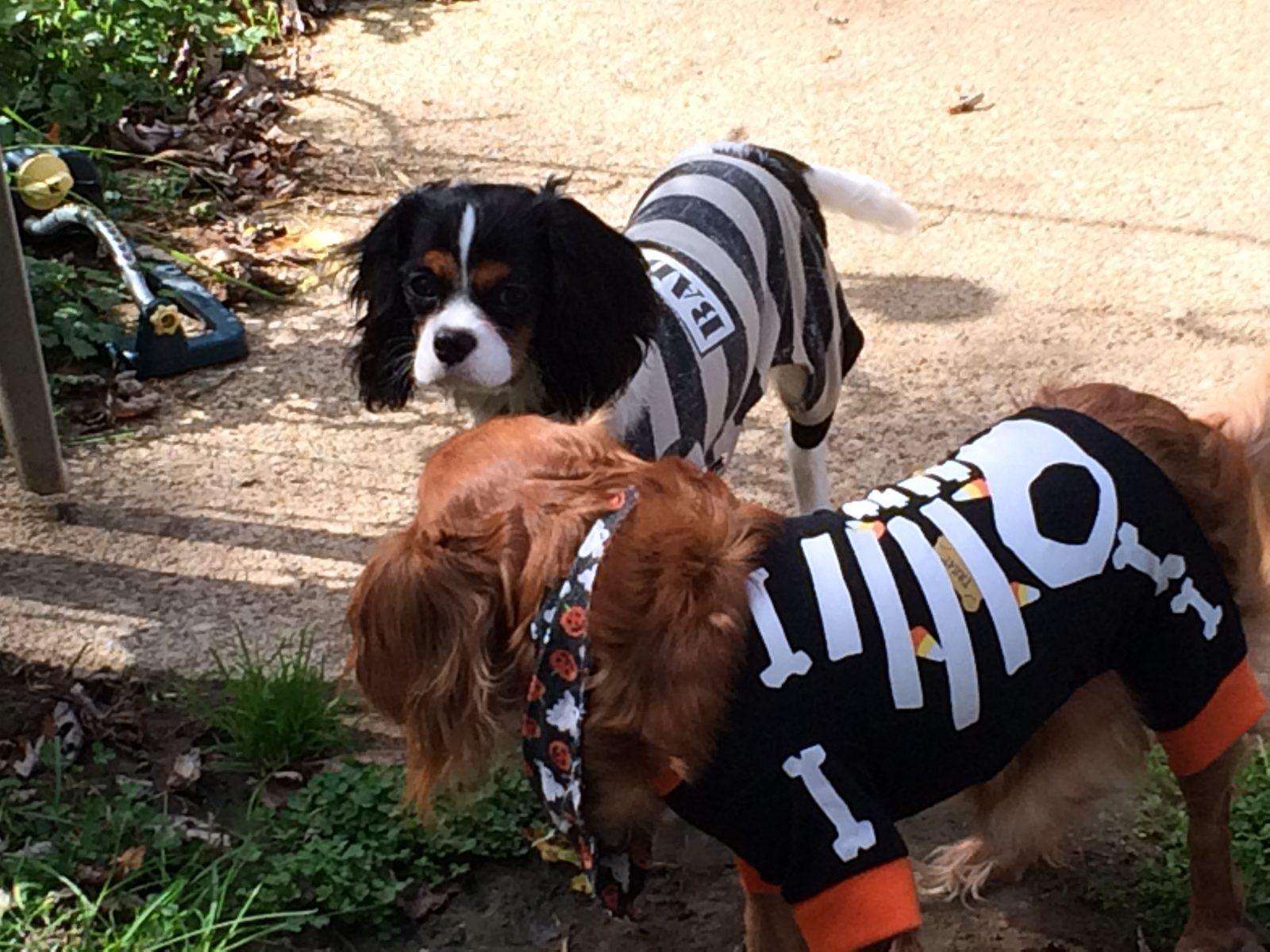 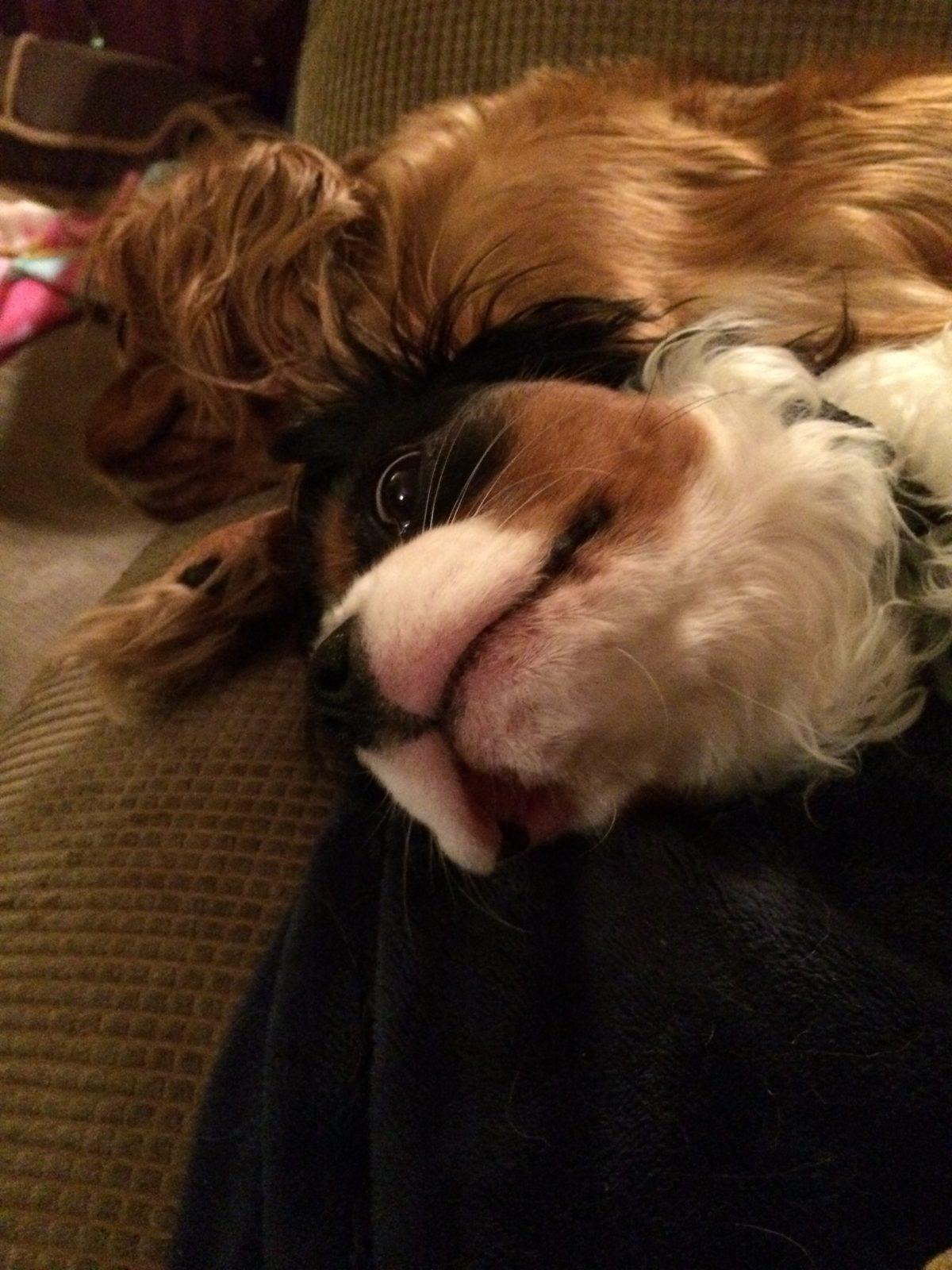 Potty training the two was easy. Leon didn’t even care if there was a treat involved, he just loved the “Good Boy.” Munchi just responded like it was her thing to do because she was asked to do it. That’s not saying there were never accidents, but they both were trained relatively fast.

I never did any formal obedience with them other than to come when called, but they are pretty easily trainable just because they love to please so much. They really are just an easy dog to have.

Update: Now that my dogs are a little older, a lot of things have changed. We’ve had major moves twice – from Ohio to South Carolina and then South Carolina to Florida. But, the biggest change was the birth of our son, which brings a sweet cavalier story of its own.

The dogs never had puppies, but Munchi always wanted them. She had a tiny toy plush frog that she would occasionally carry around and worry over. She cried and howled if she couldn’t find it or if you tried to take it from her. She’d clean it and tuck it in to nurse next to her and treated it like a surrogate puppy. This was never a throw toy, but her comfort toy (similar to a teddy bear for a child). 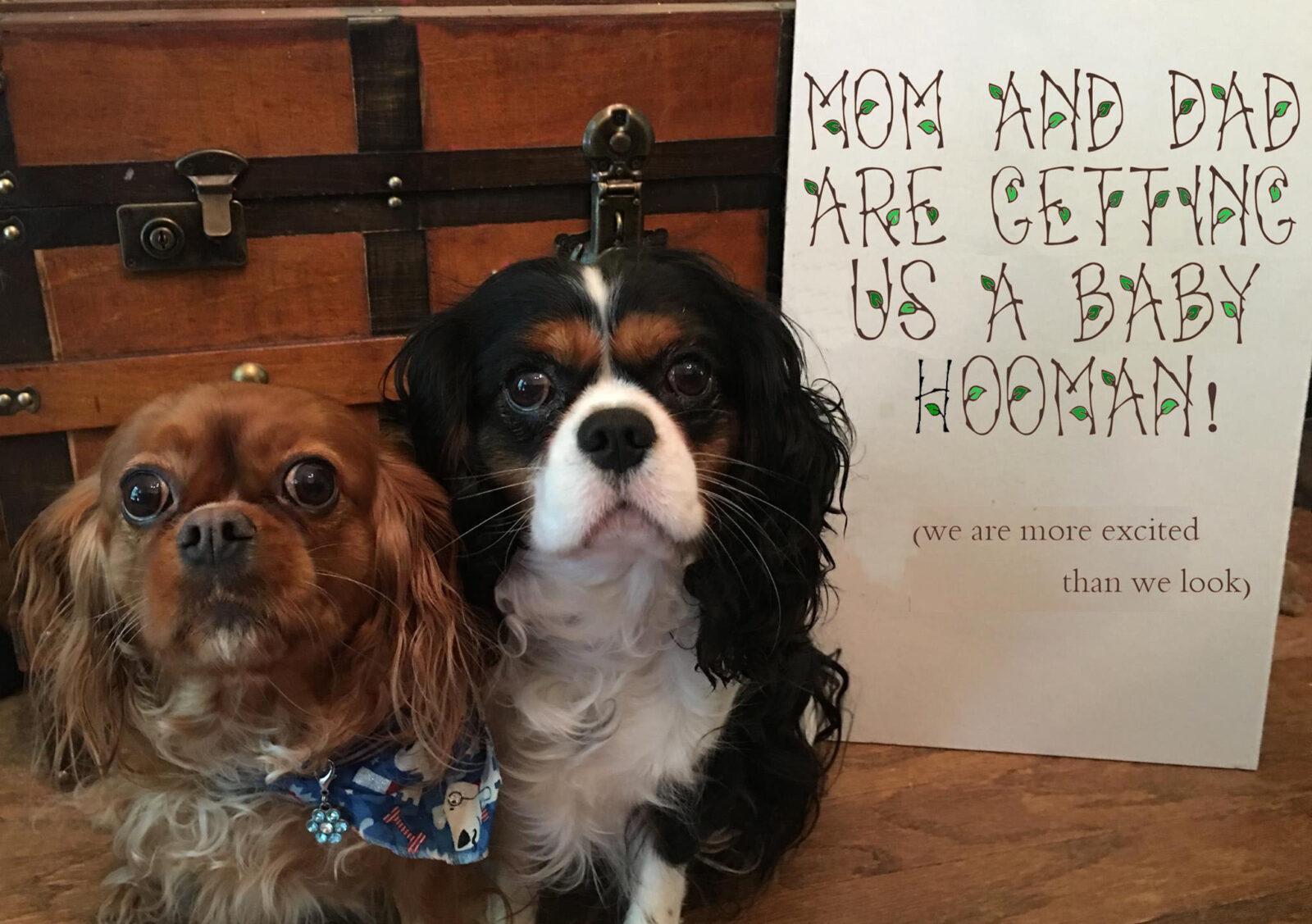 Our little bug spent 94 days in the hospital, so of course, the dogs rarely saw us during that time. One or both of us was gone all day and all night with just brief visits home to get supplies or let the dogs out and feed them.

Munchi was the first to be near the baby when he came home. He was a tiny 6 pounds and pretty fragile (he was a preemie). 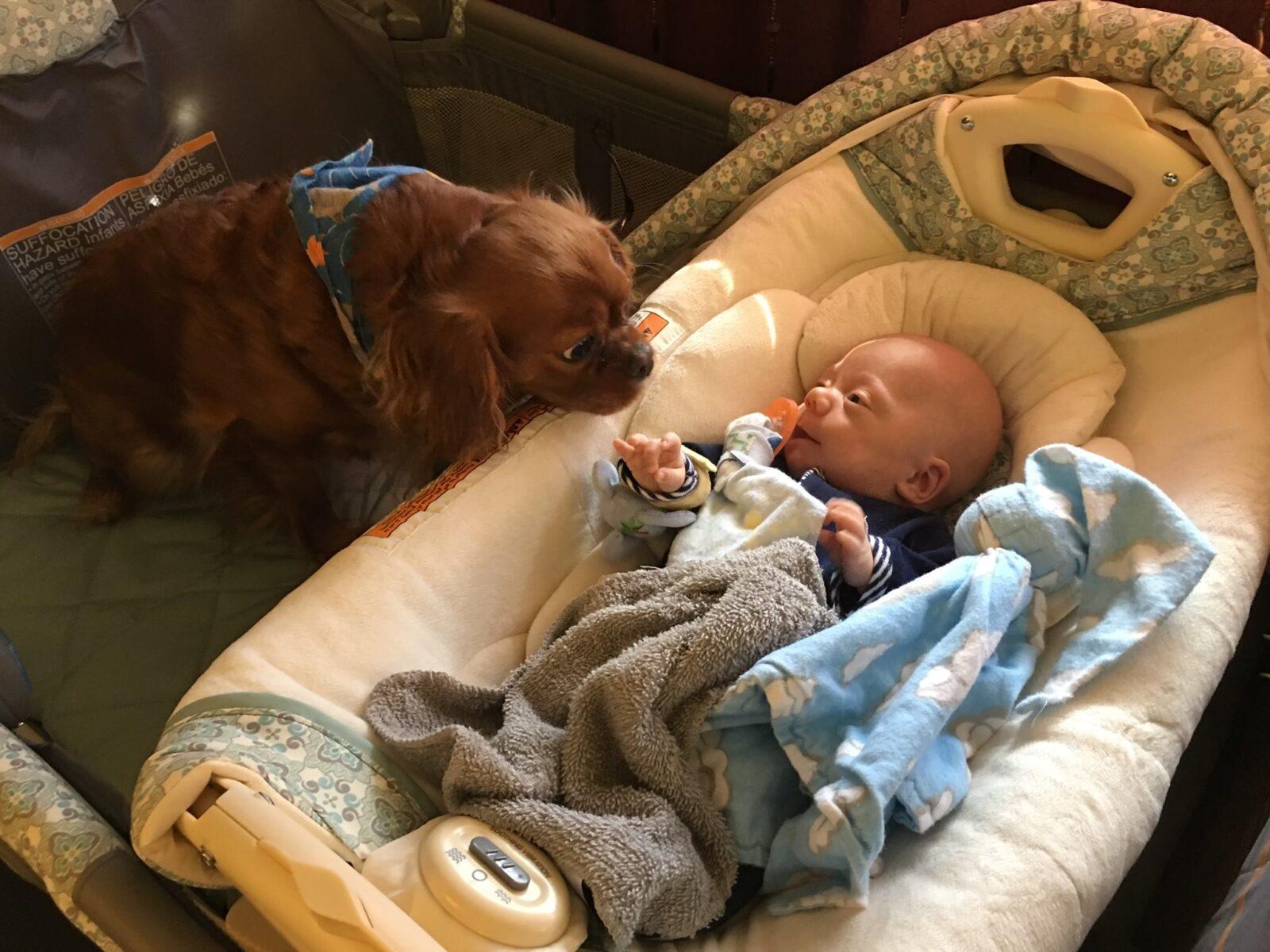 Just after the meeting in the photo above, I went in to check on the baby. Tucked in gently beside him by his hip was Munchi’s tiny toy frog. She’d given him her most precious possession in the world. She never tried to take it back. 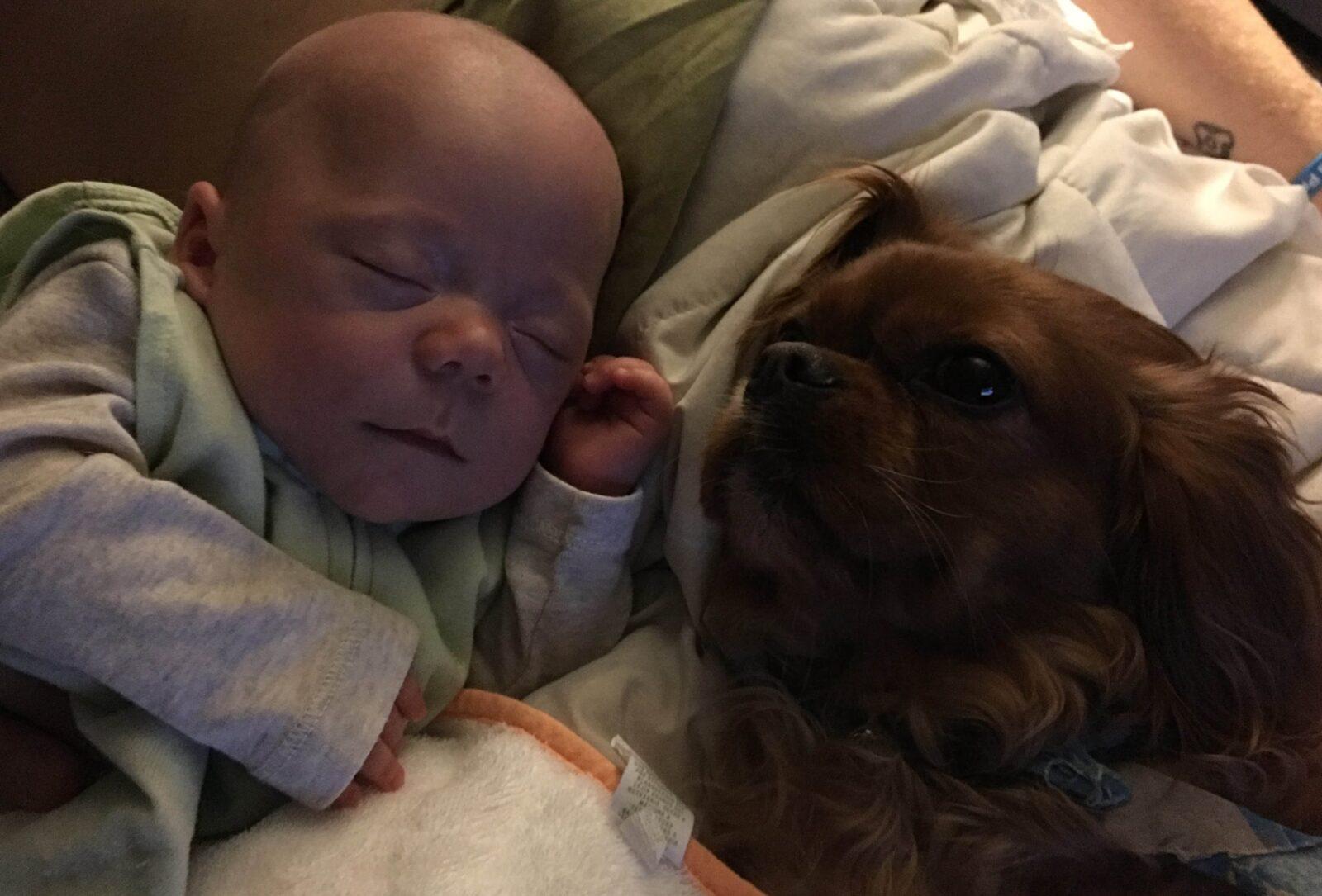 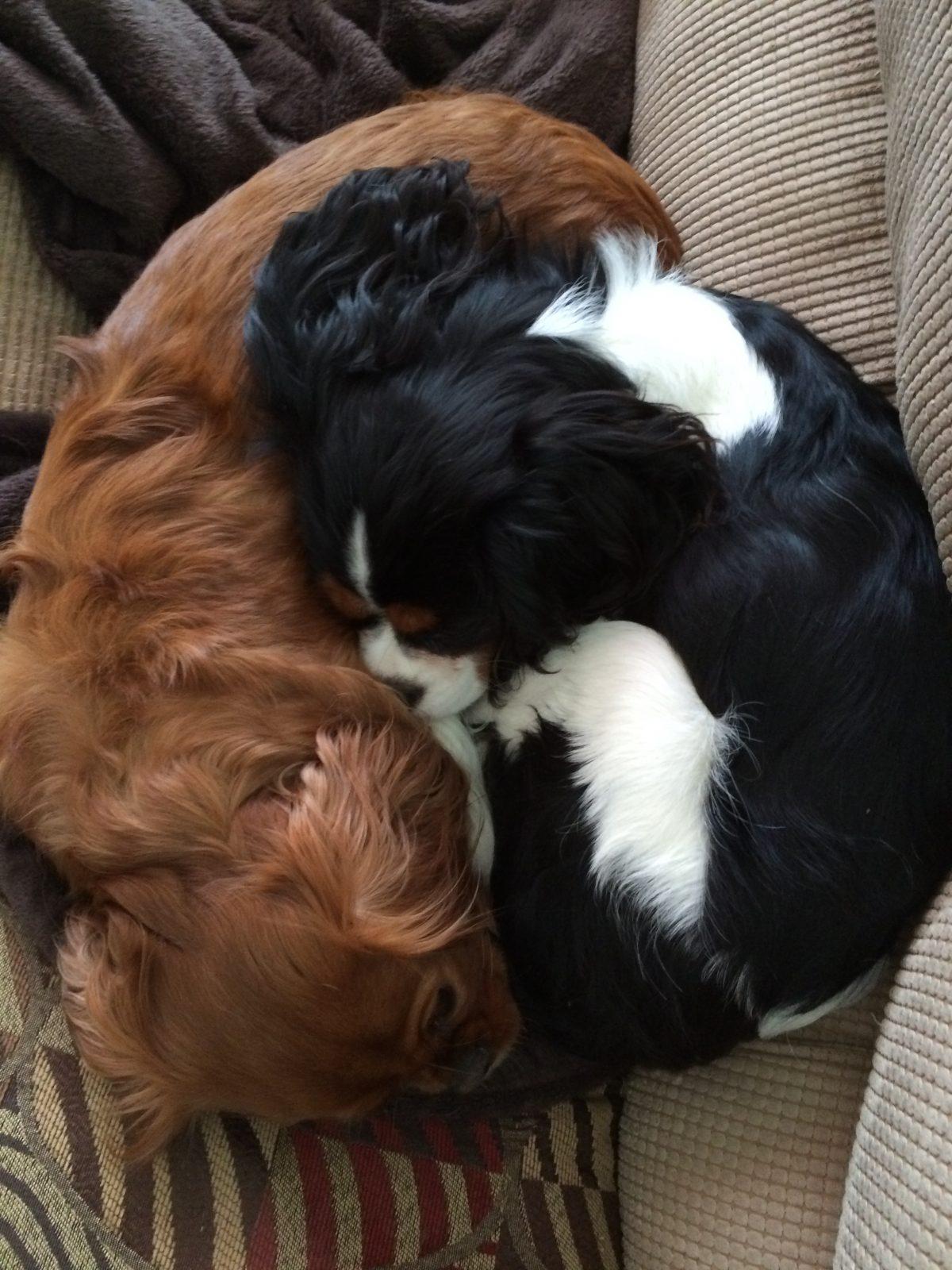