If you’re looking into “Disney Floral and Gifts In-Room Celebrations,” then you know they can get a little pricey. I didn’t take the investment lightly. After much deliberation, I justified spending the $400 on the Halloween In-Room Celebration on the fact that the trip was to celebrate our honeymoon. This was to be our “once in a lifetime” trip. Little did I know how addicting Disney could be.

When we arrived via Magical Express (after getting off of our plane), we went directly to our room and unfortunately interrupted the decorator, who was just finishing up. He was outside of the time window that I’d mentioned. I offered to leave so he could finish (which I would have preferred) but he declined. In doing so, he forgot a couple of the things that were supposed to be part of the package and also sort of ruined the surprise. That was initially a damper on the experience.

However, I called Disney Floral and Gifts and they agreed to redeliver the missing pieces the next day. I have to assume that everything else was there, because exactly “what” is in the celebration seems to be a big secret on their site. There is a list at the bottom of the page, but it only lists the bigger things.

Here is what we received: 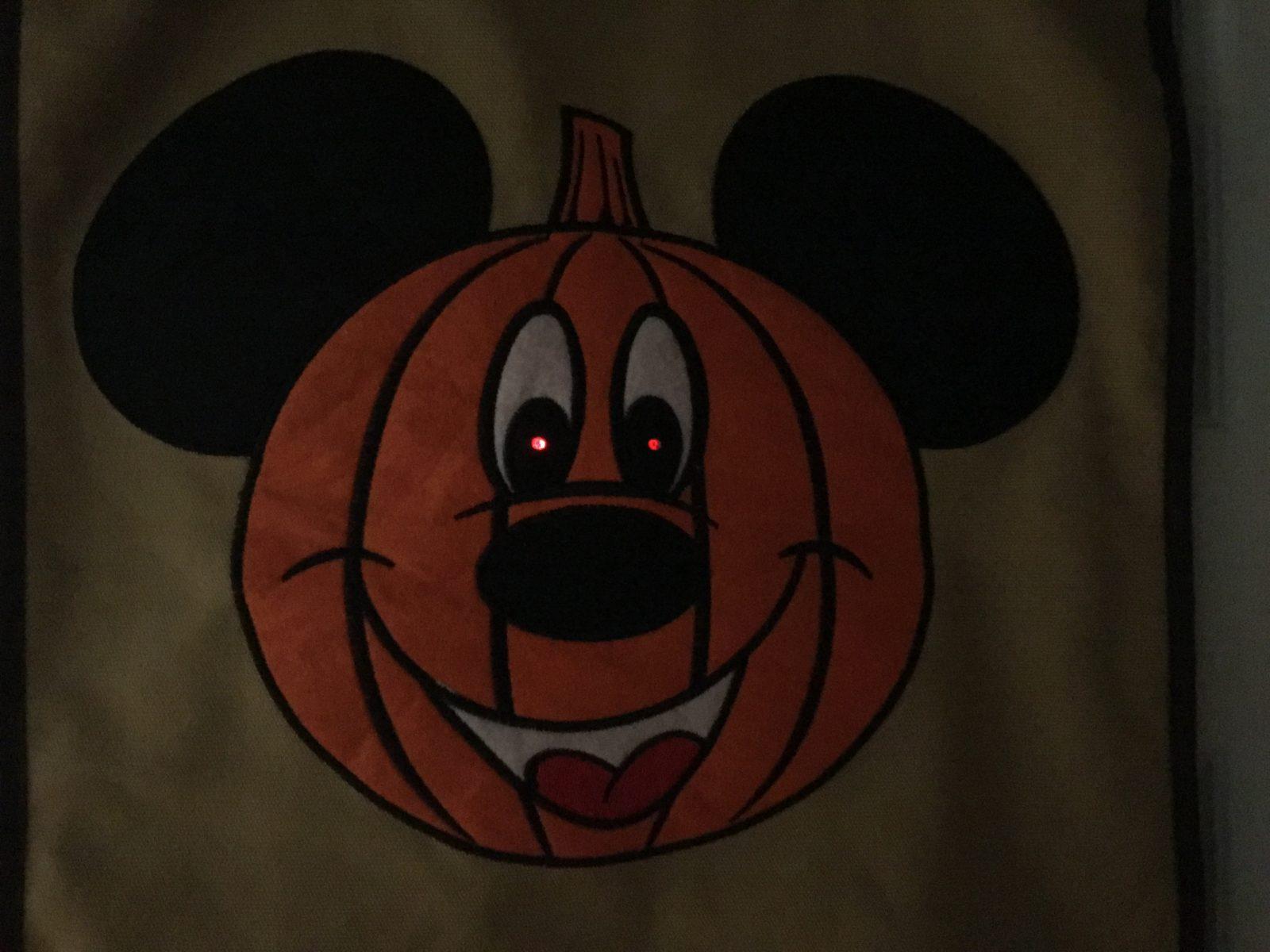 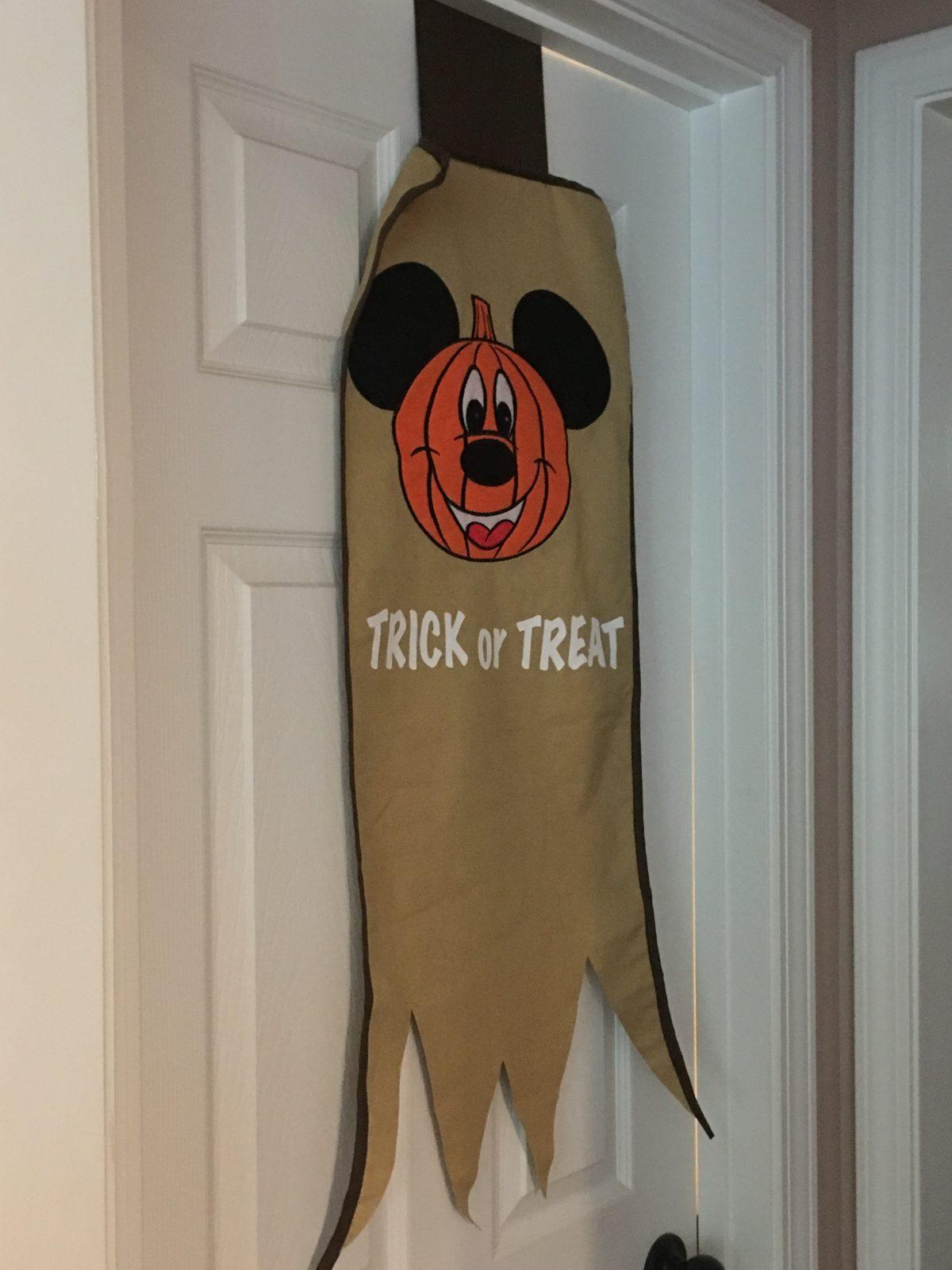 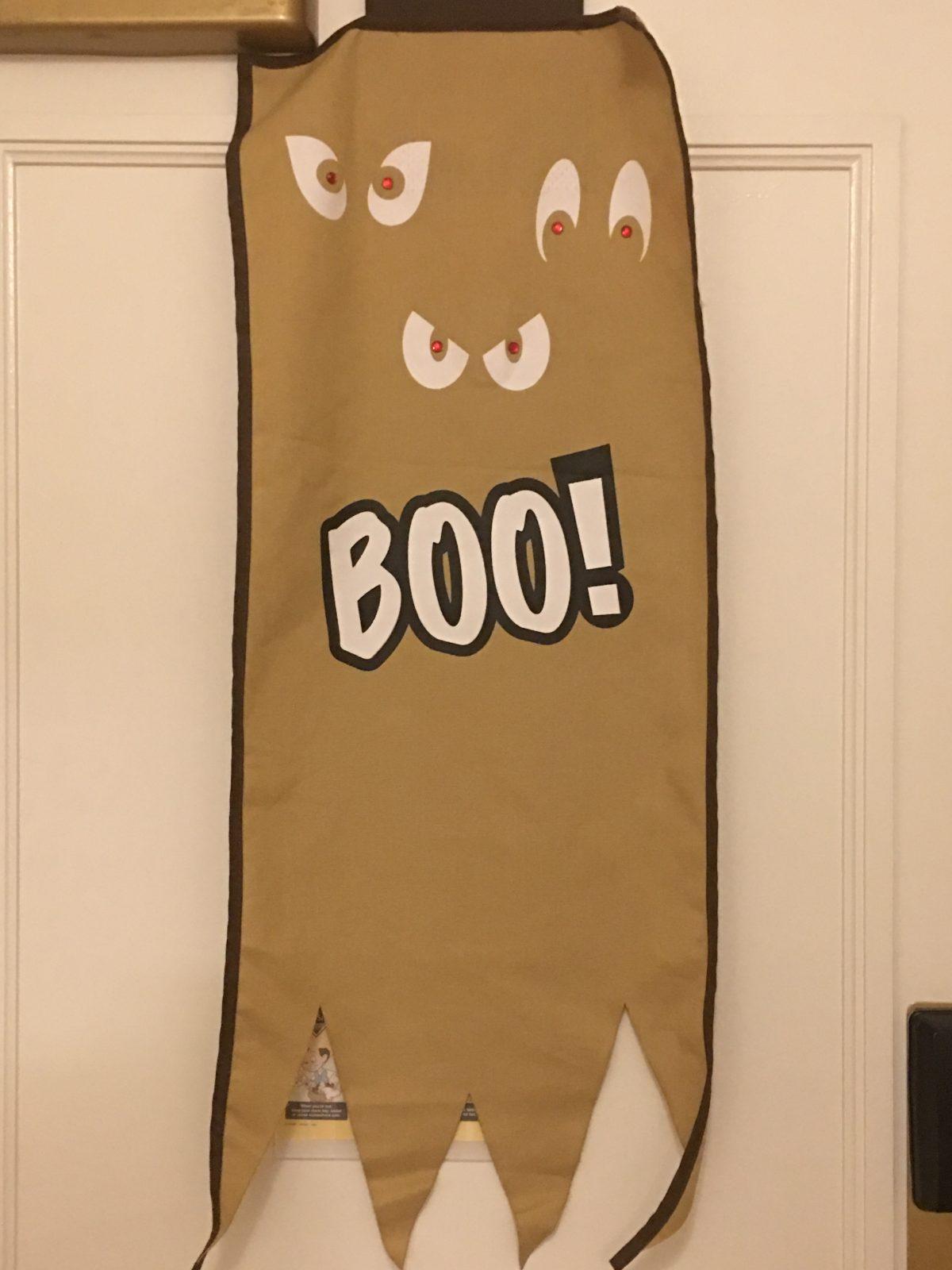 A door banner is the first thing you will see when you approach your room. It’s hung over your hotel room door with Mickey on the outside and the eyes on the inside of the room. It’s really cute and it’s sizeable and the pictures that they put on their site don’t do it justice. It’s made of a heavy burlap material and has red LED pinpoints in Mickey’s eyes that light up.  When we got home after the trip, I immediately hung it up as a fun reminder of our trip. This can be personalized with your name for an additional $8. 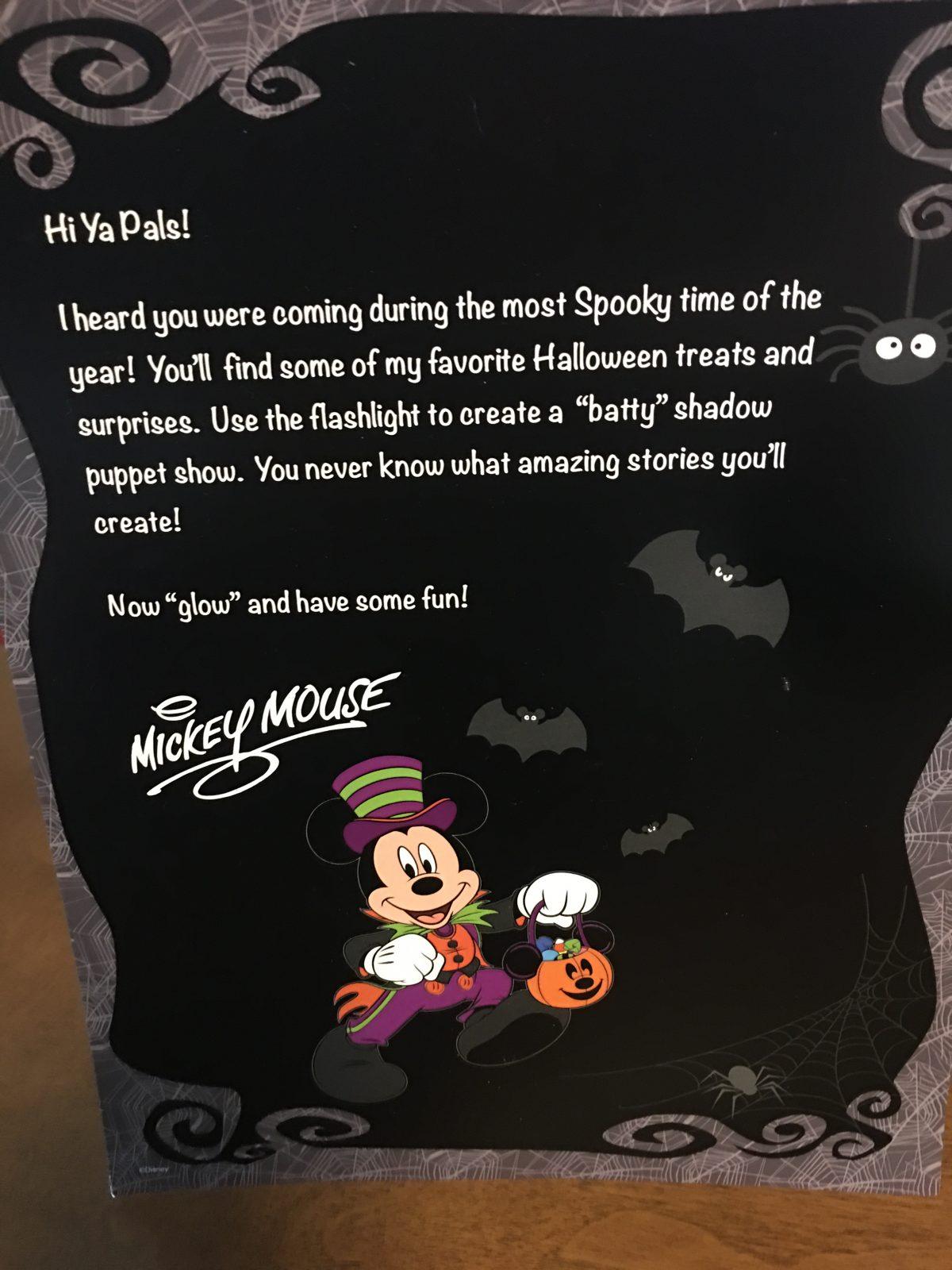 A cardstock welcome letter from Mickey was on the dresser. It has a little wedge on the back so it stands up on its own. 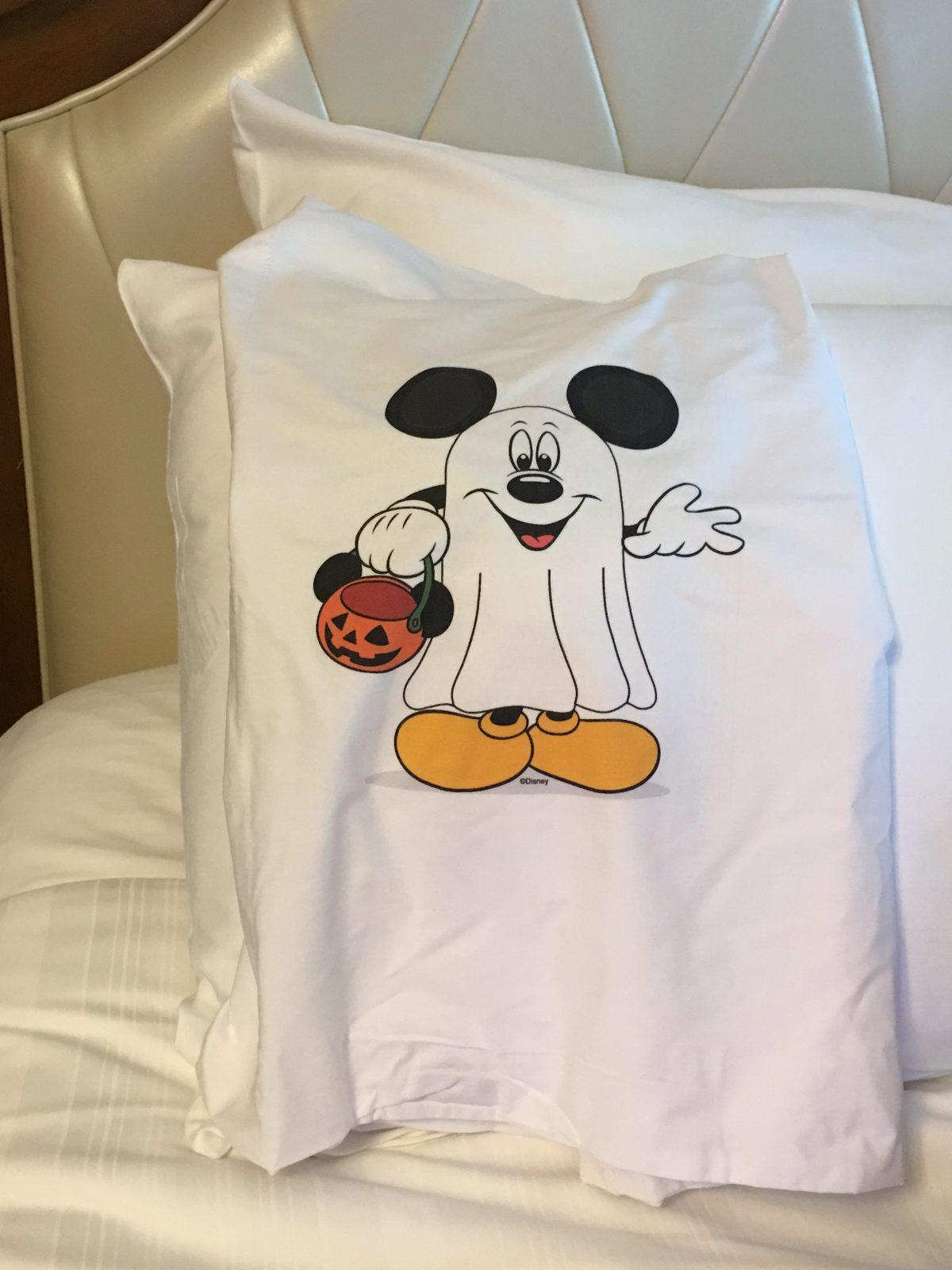 Laying over the bed pillows on one of the beds were the Halloween pillowcases. Two are included in the package. You can add additional ones (which I did since there are 3 of us). They are a pretty decent quality – not super soft, but acceptable and they wash up well. 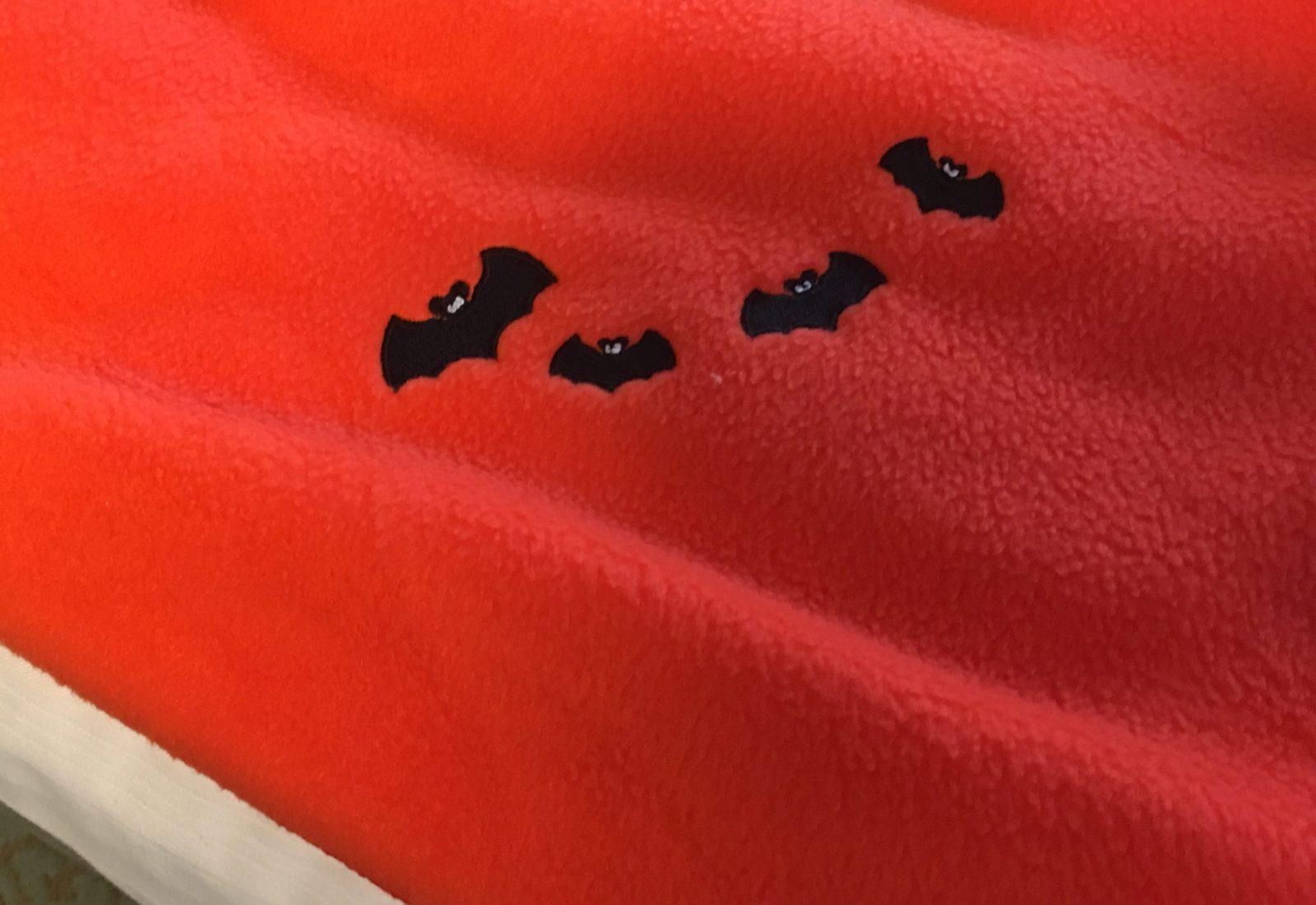 The bat throw was fairly thin, but very cute. We still use it years later. The embroidery is small, but well done. This can also be personalized and you can order additional throws with your package. One is included. It’s standard throw size. 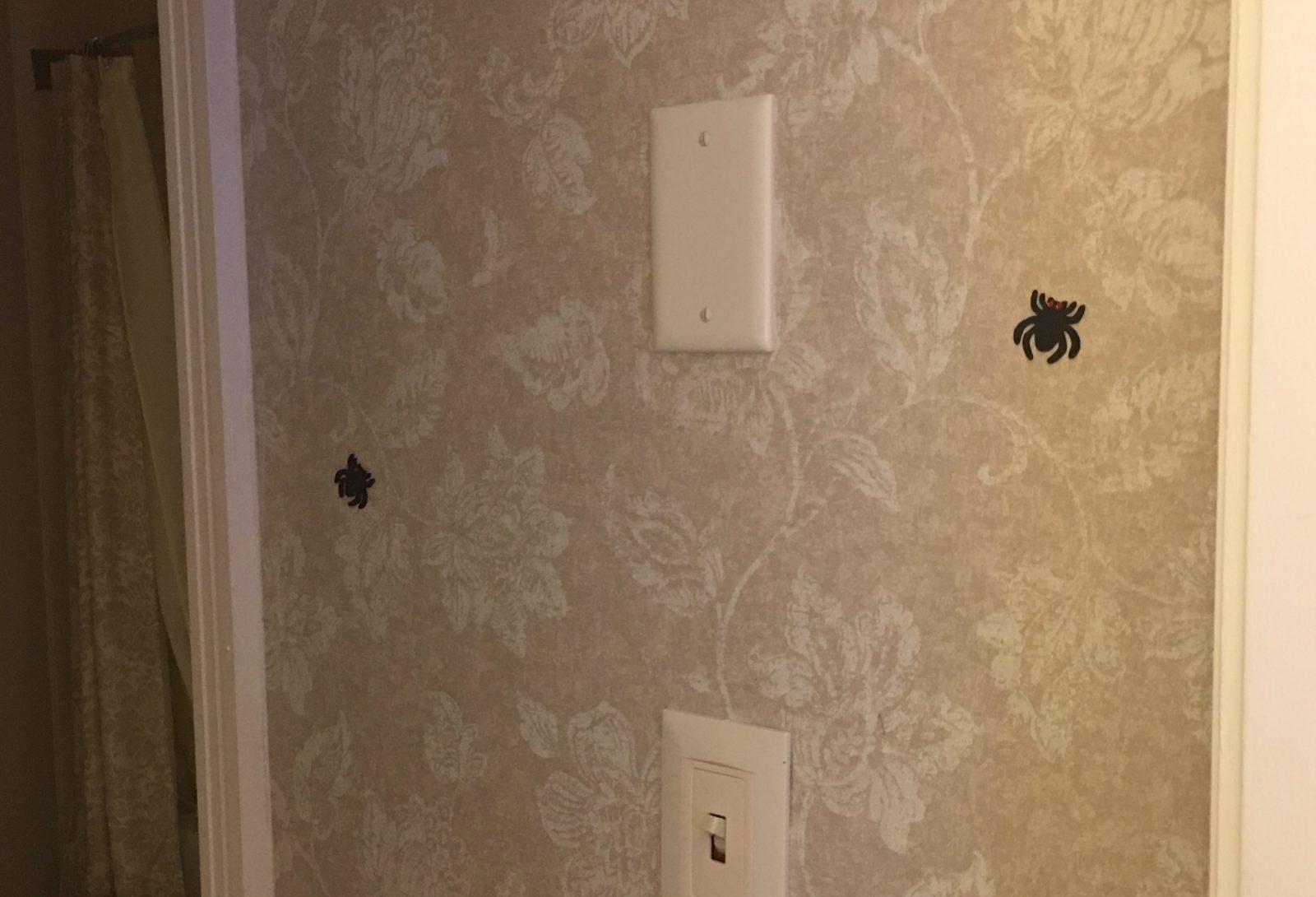 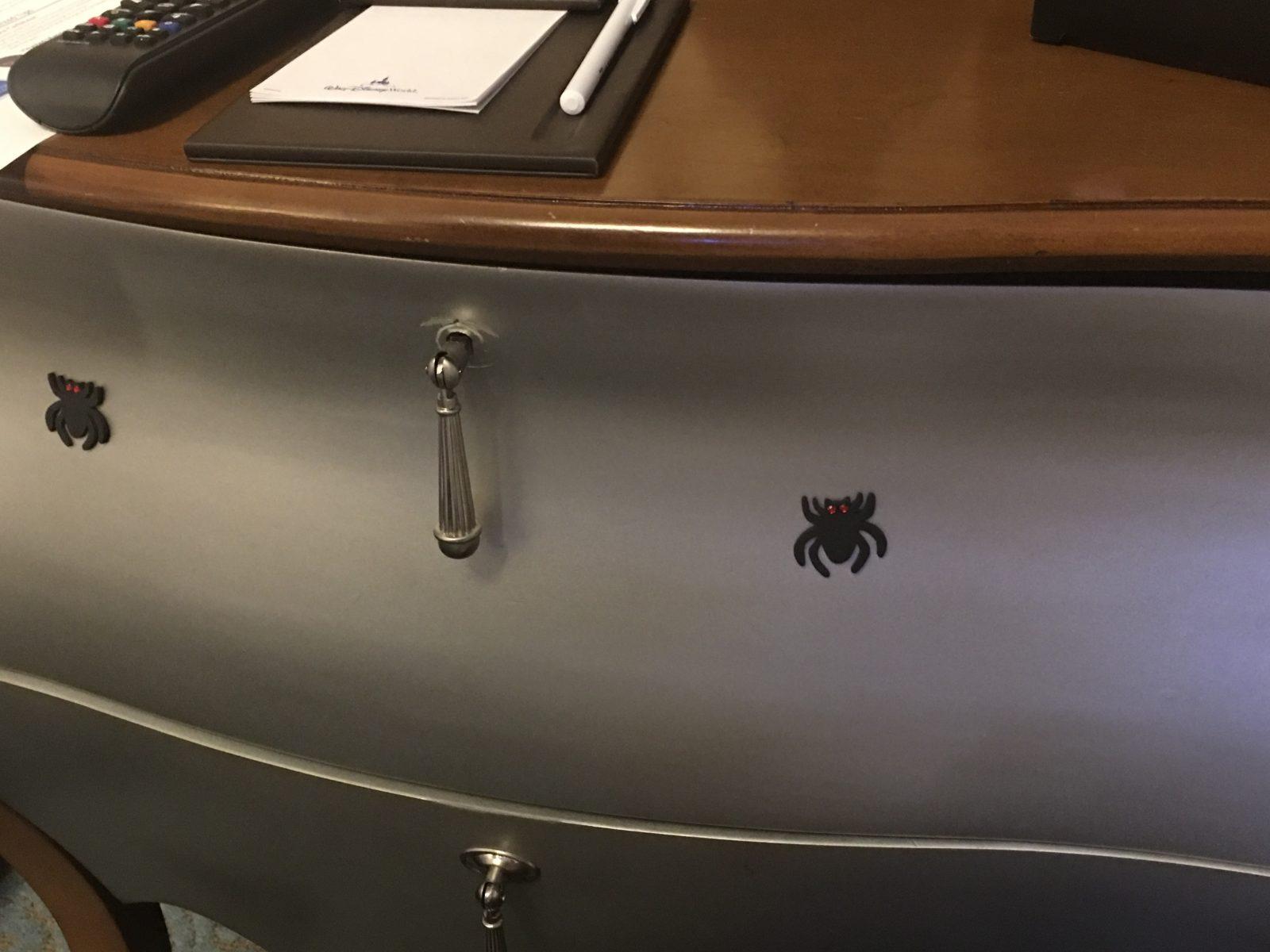 Little spiders were everywhere in the room. These have a reusable sticky back. 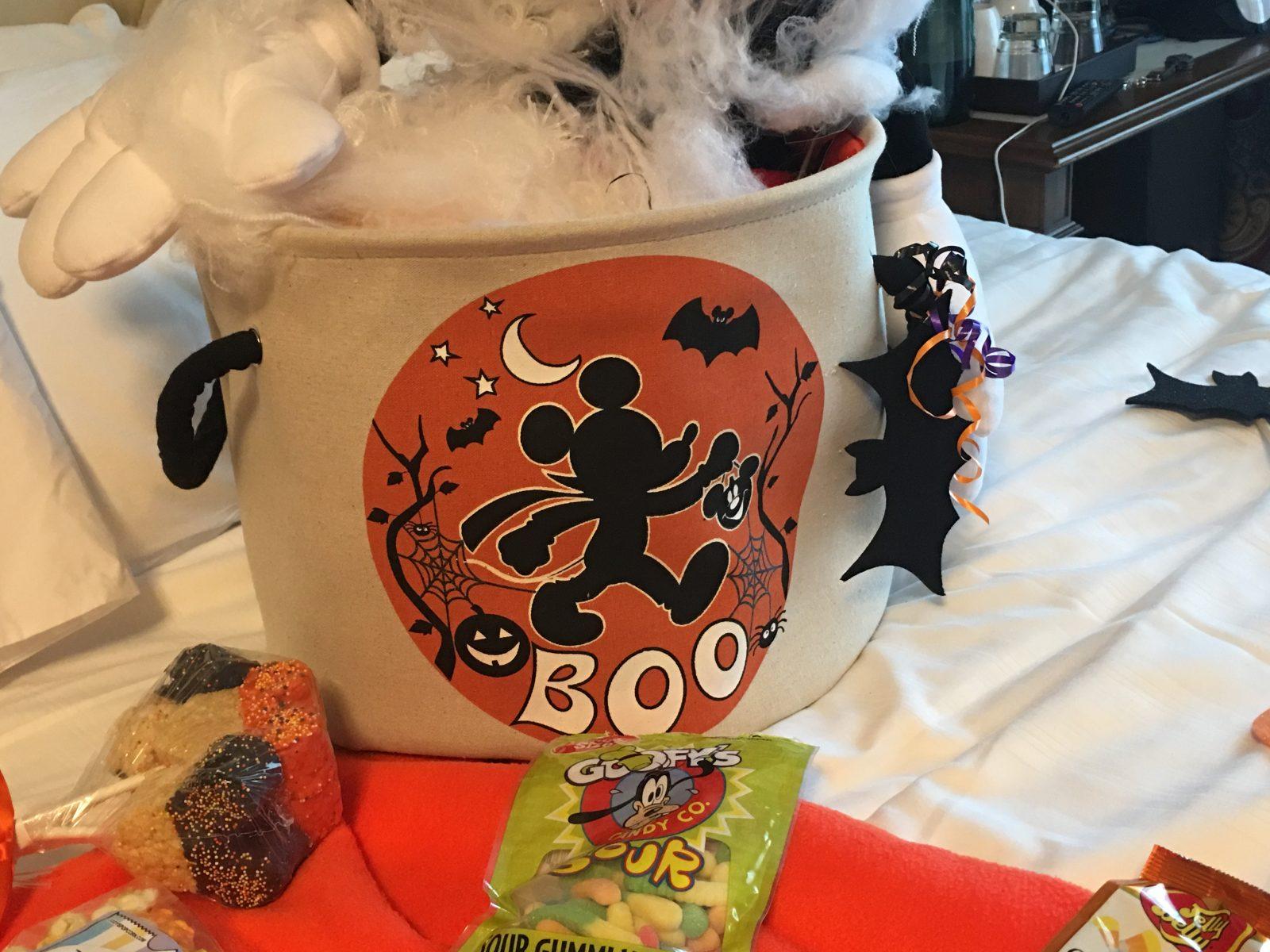 A Halloween tote with a felt bat had been mentioned in the product description. The bat can be personalized. It’s thick, but just flat felt. It’s about the size of your hand. The tote is quite large and I ended up using it to keep track of small souvenirs to keep them out of the shuffle of our other stuff. It’s made of heavy canvas with rope handles. The back is plain, so you could use it year-round if you wanted to by just turning it around. 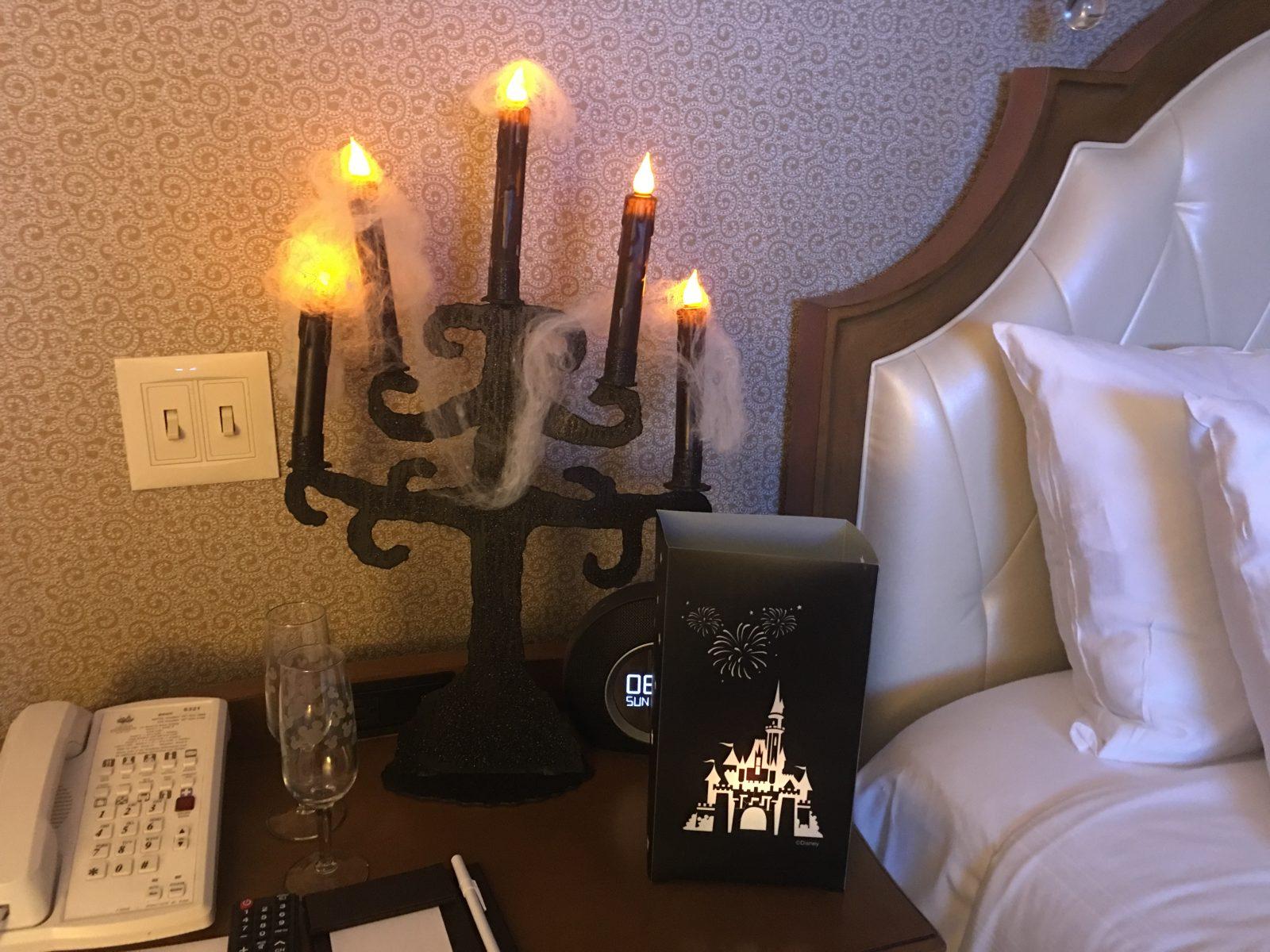 Six castle luminaries (the black plastic bag that you see with the castle on them) are scattered around the room. The luminaries are made from heavy plastic and they do fold down like paper bags. There is a plastic square inside the luminary bag that holds a tealight candle up a little higher than the bottom of the bag. This makes it centered behind the castle and it looks great. The candles are color changing and fade softly from one to the next.

The candelabra is metal and heavy. It’s coated in glitter. The candles on it are removable, battery operated, and covered in black wax. They flicker. They can be turned off via the bottom and take AA batteries. This is a piece that will last for many Halloweens to come, but the downside is that it is heavy so if you are flying you will either need to bring it home in a large suitcase or have it shipped home. The candle is crooked in the photo above, but they can be put perfectly straight if desired. This made a fantastic nightlight each night and was my favorite part of the package. 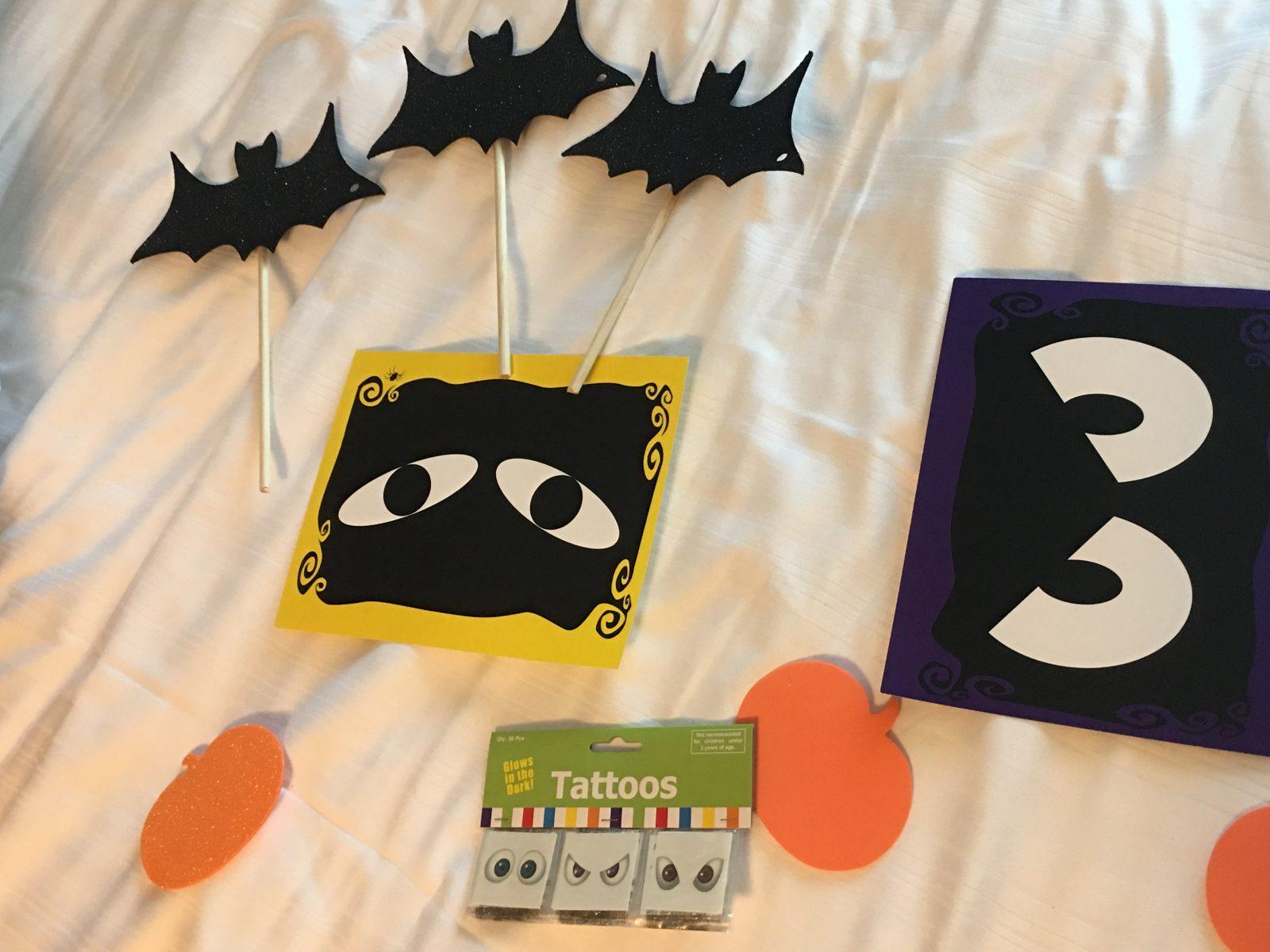 Several foam pumpkin shapes were scattered on the bed. Some were glitter, some were plain. I’ve seen other in-room celebration pictures that imply that these are normally placed on the floor leading you into the room. Ours weren’t. There was also a pack of glow-in-the-dark eye tattoos, felt glitter bats on sticks, and the cardstock eyes that you see in the picture, which had miscellaneous Disney trivia on the back of the picture. 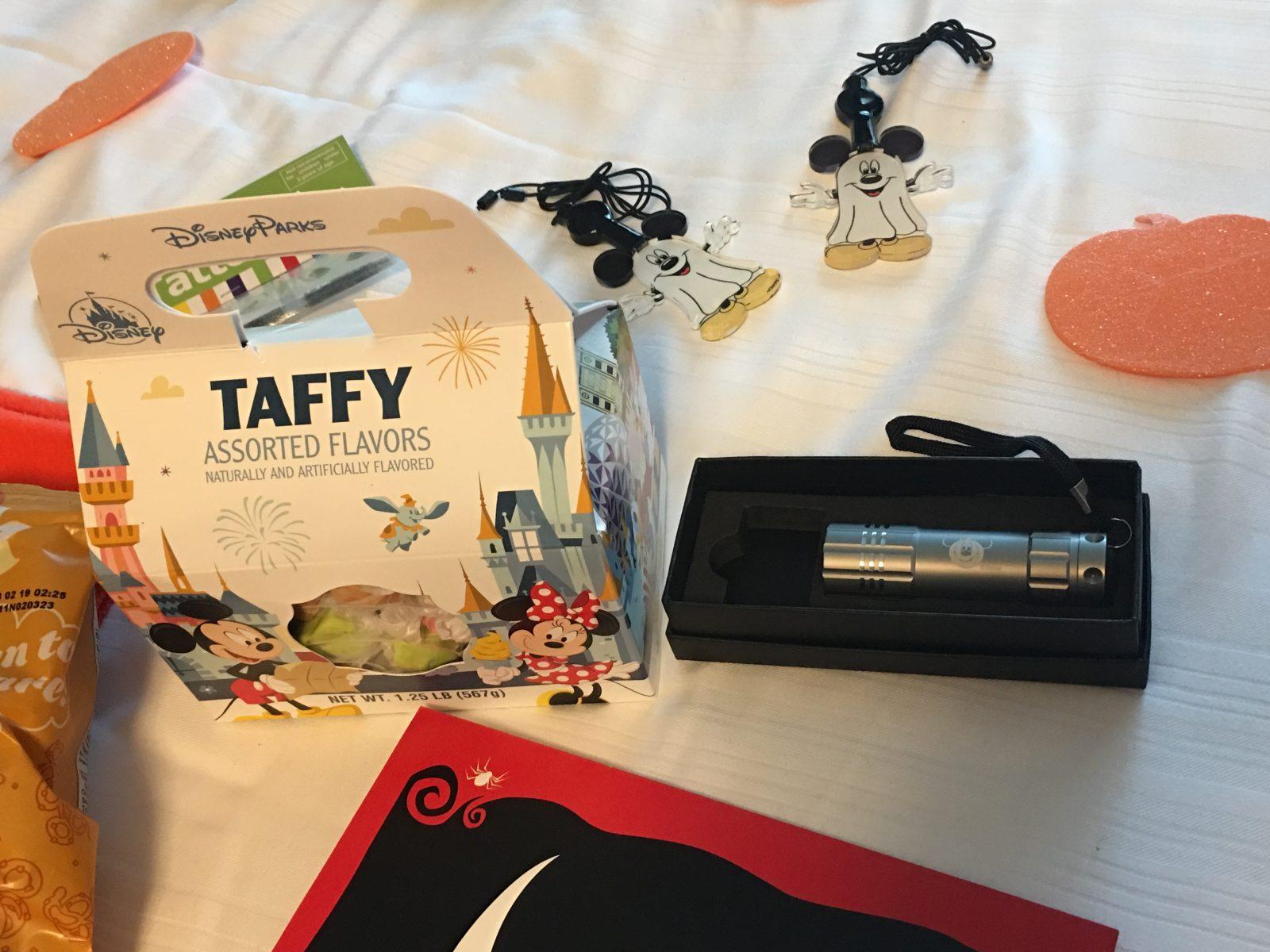 There was a small LED flashlight with a Mickey Pumpkin etched onto the side and two light-up Mickey ghost lanyards. I used the lanyards to decorate our stroller at the Halloween party. A huge box of taffy was inside the tote with some other edible goodies (shown below). 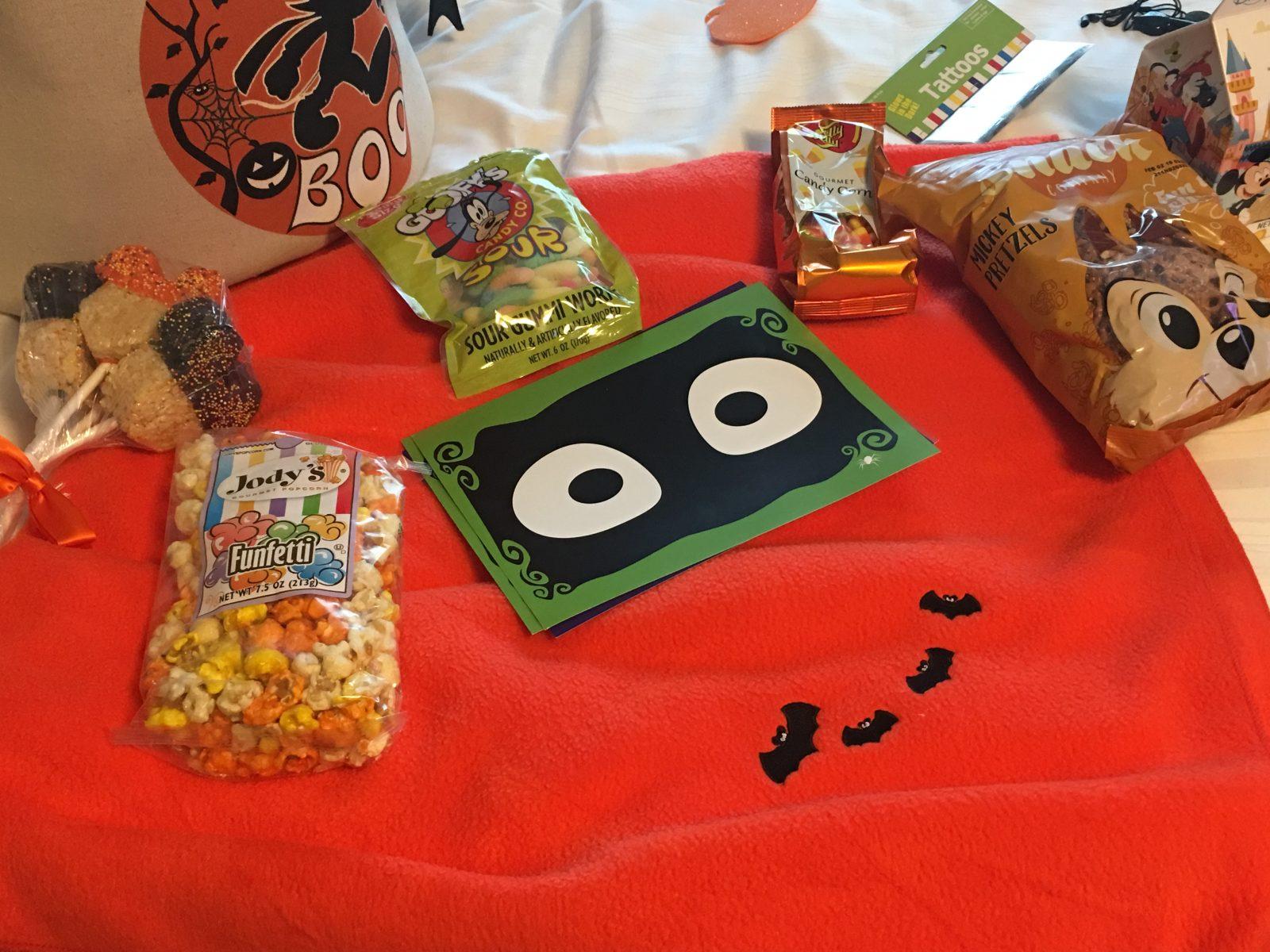 In addition to the taffy, there was colored candied popcorn, sour gummy worms, Jelly Belly candy corn, pretzels, and rice crispy pops inside the tote. 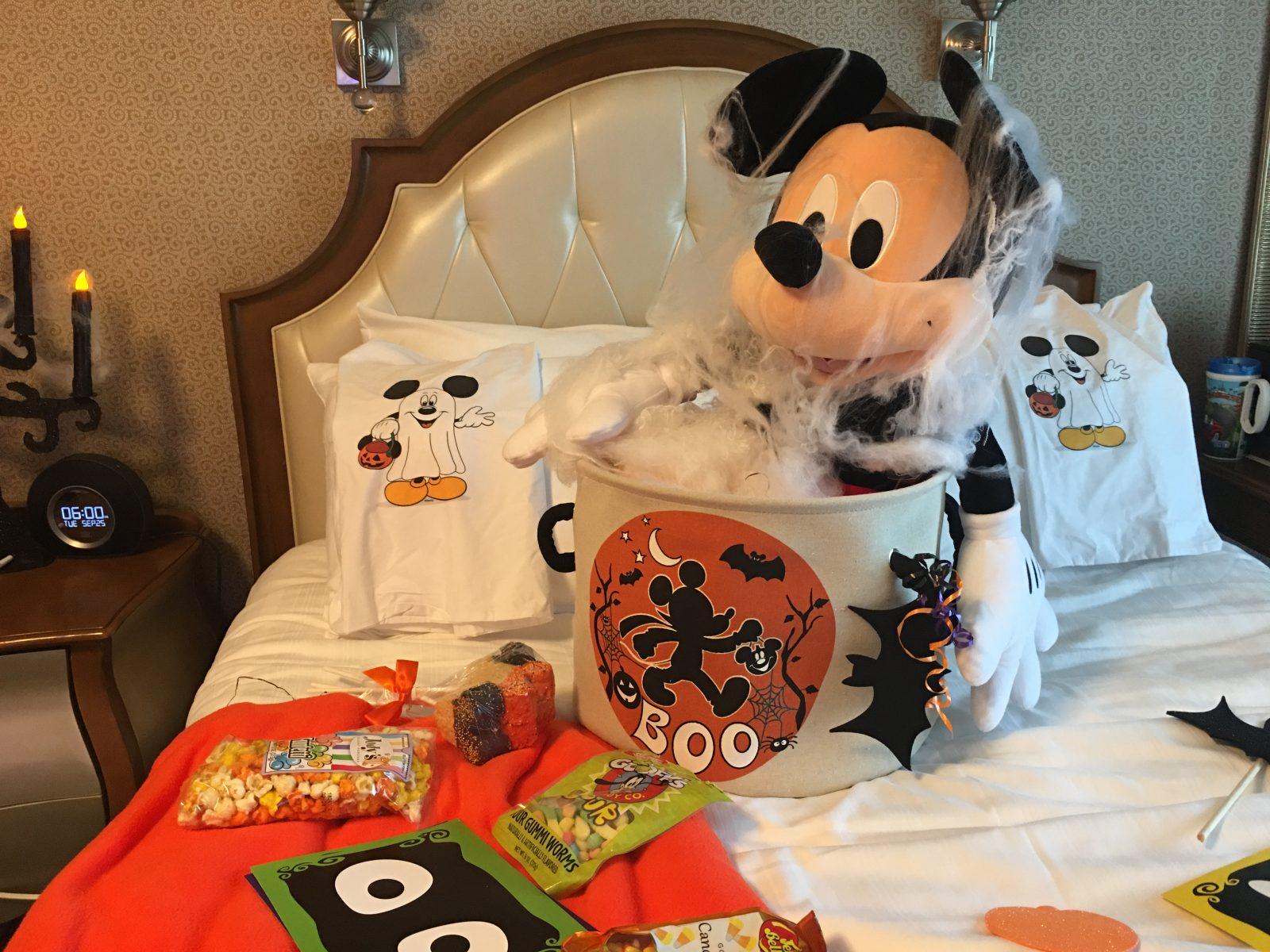 Last, but not least, there is a giant Mickey. He was as big as my toddler. Of course, the cobwebs were everywhere and there were little glow in the dark spiders.

So, did I feel it was worth it? I’d have to say that my answer on that is conditional.

I love most of the items and have used them since that trip, though I feel there should have been a few more edible treats in the tote for the price that it costs. As an unexpected benefit, the items gave a personalized feel to our room, which was very nice and homey. Then, after we came home, putting the decorations up gave an air of “carrying home some magic.”

I am glad I bought it, but if I’d had to give up something else in exchange, like shorting party nights or character meals, I may have skipped it.

If you’d like to just create your own “in room celebration,” that’s a great alternative! I have a post here on “Creating a Faux In-Room Celebration.” 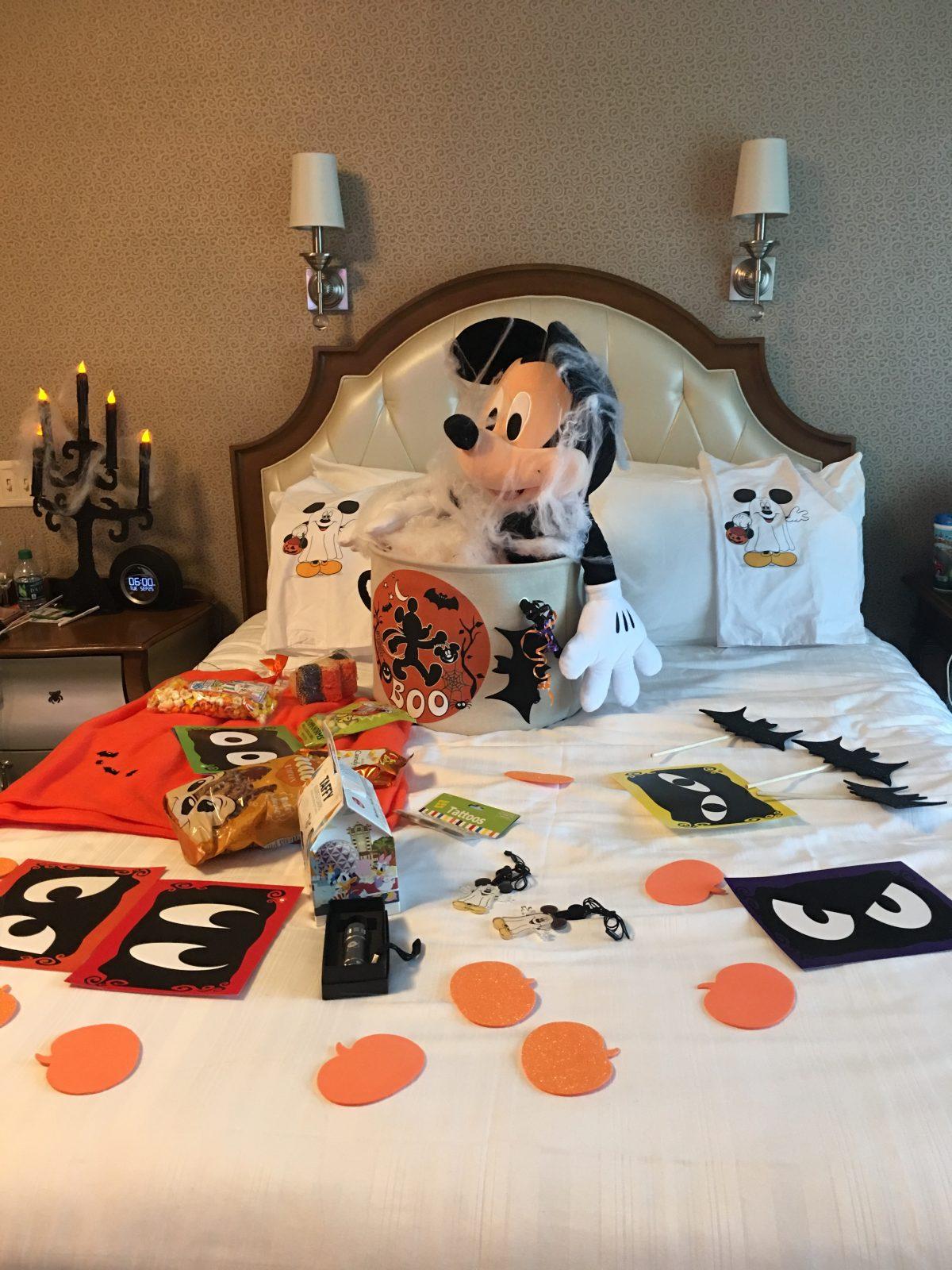