Let me start by saying I think that the Nutrisystem program is awesome. I’ve personally had good success with it and there are a lot of different foods to choose from.

This box includes breakfasts, lunches, and snacks. You provide your own dinner. Here is an overview of what to expect from the breakfast selections. You will receive 2 of each in this particular box. Nothing is frozen, though Nutrisystem does offer frozen food if you join their system. It’s a great way to “get your feet wet” before signing up for the actual program. 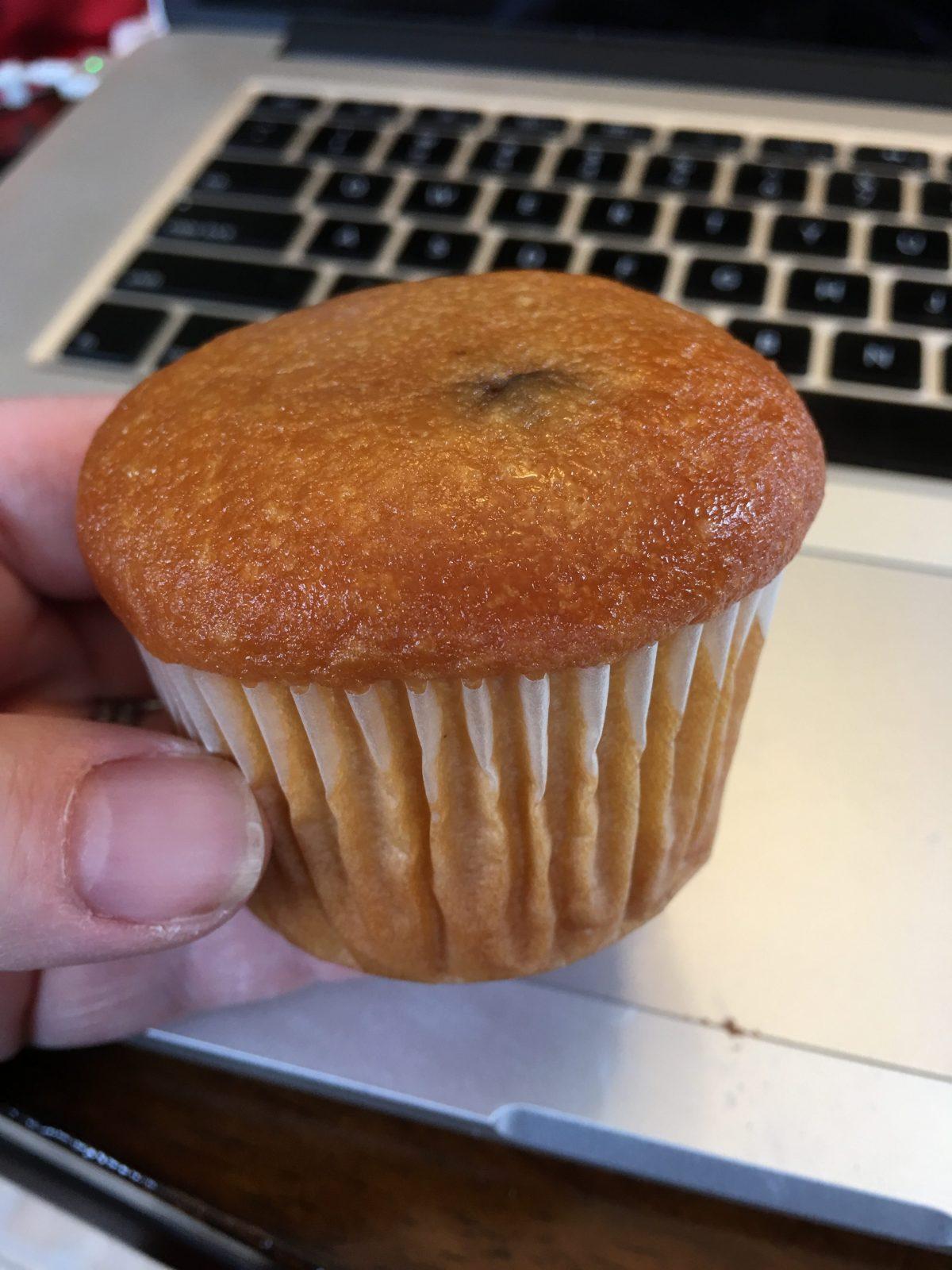 As you can see, it isn’t the huge Otis Spunkmeyer variety, but it also isn’t greasy like those muffins are either (though it is moist).

It’s flavorful and has the texture of a sponge cake.

There is a decent amount of berries in it.

It has high ratings on the Nutrisystem site, so I’m not the only one.

These are also available by themselves as a Nutrisystem Blueberry Muffins, 16 ct at Amazon and you can also occasionally find them at Walmart (though they are usually sold out at all the ones around here). 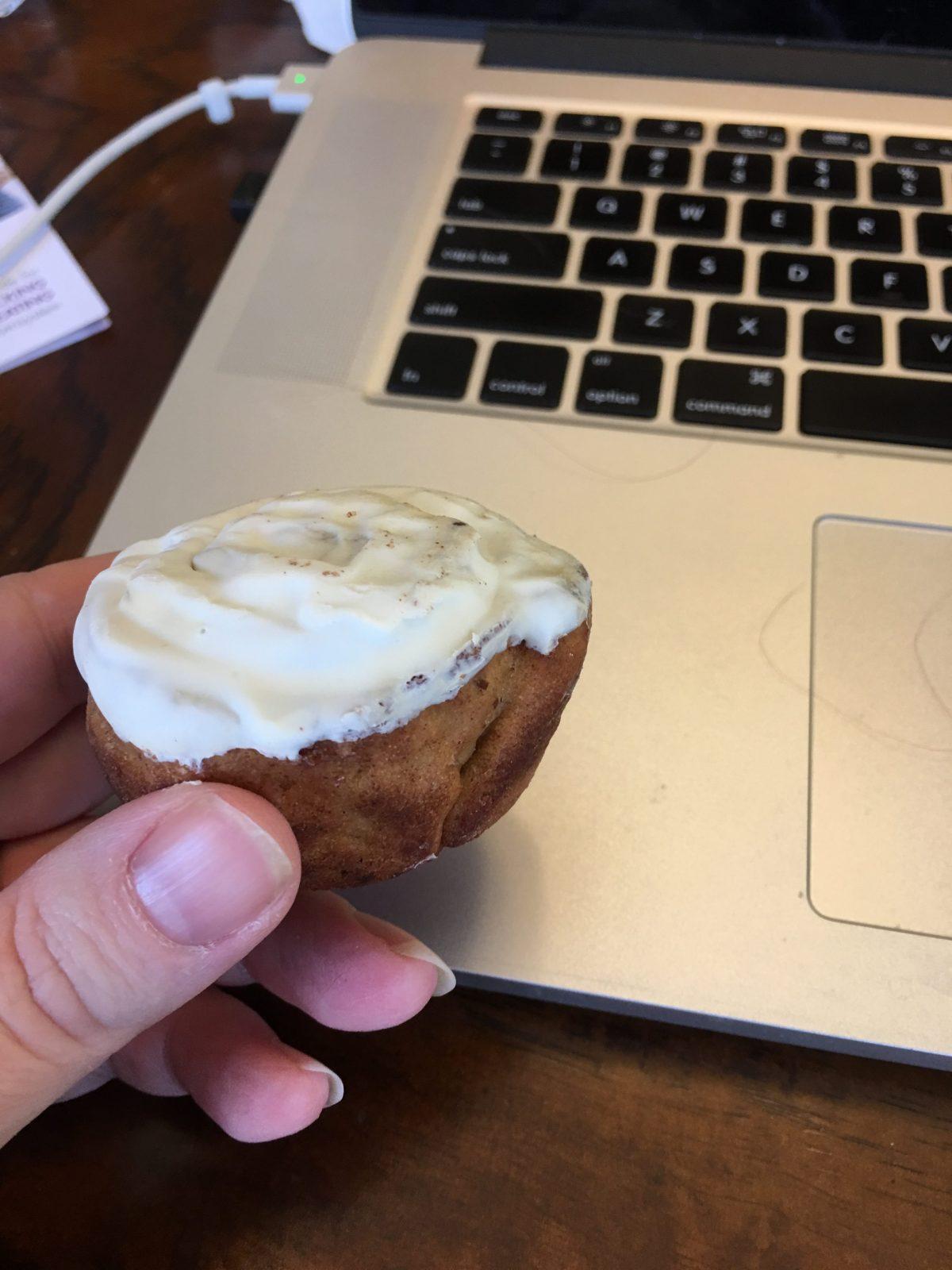 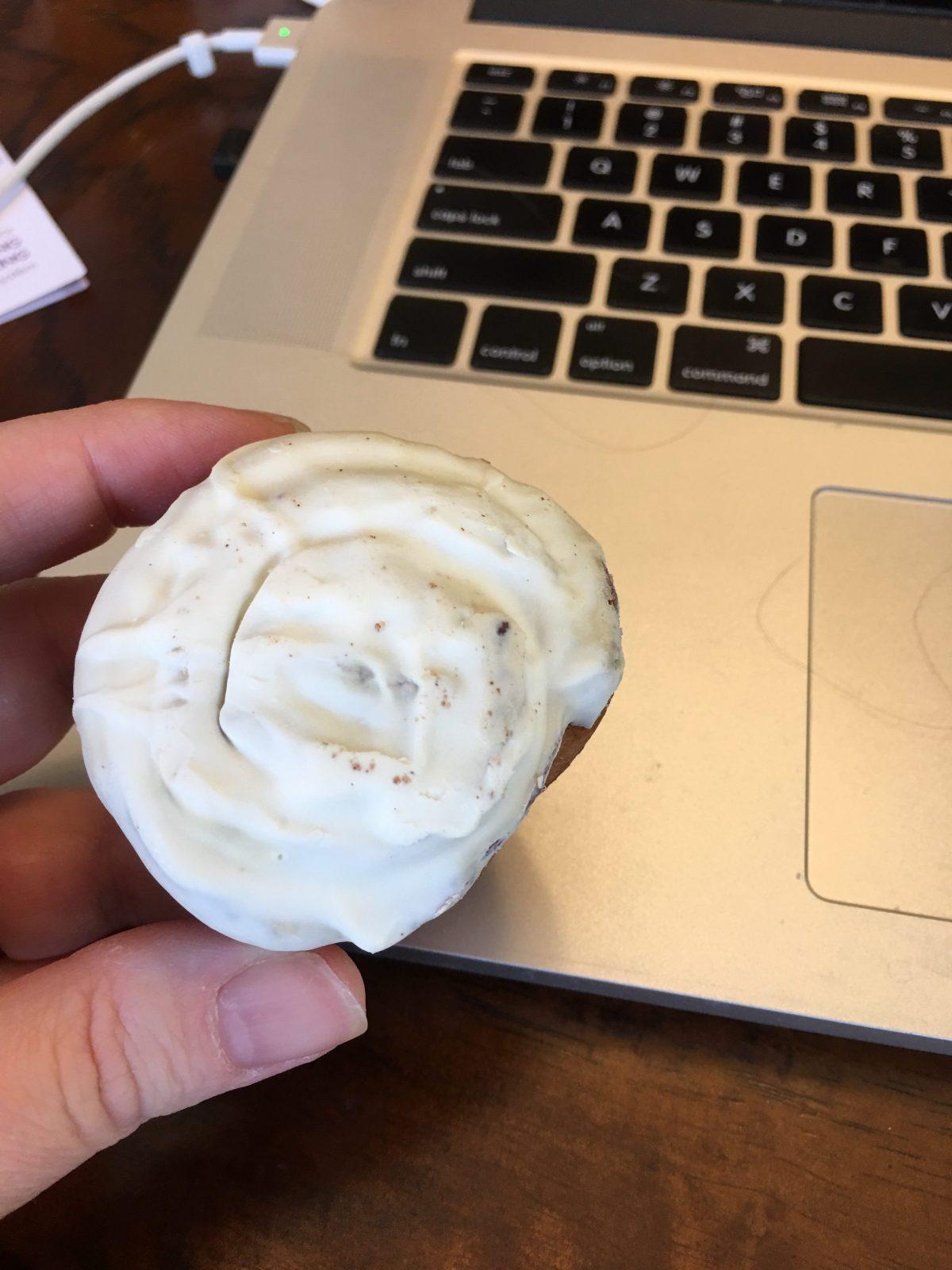 This is not to be confused with the Cinnamon Roll, which is a different breakfast entree and is frozen.

The cinnamon bun is very dense and heavy despite its small size.

It’s really chewy and just a little on the dry side.

It’s edible, but it doesn’t have a lot of flavor. It looks really sweet, but it isn’t. It’s bland, but not horribly unpleasant.

The chewiness actually adds to the character of the meal, but may not be for everyone. The word “cardboard” might come to mind.

The density does make it “stick with you” for a while, which is why it received a 2 instead of a 1 for a score.

P.S. I’m told the kit now contains a cinnamon streusel muffin instead of this bun. I wasn’t crazy about those either, but they are a bit moister than the bun.

It’s oatmeal. It tastes just like the regular over the counter packs and has the same amount of calories. The fact that it’s nothing unusual is what warranted the score.

Incidentally, this is a lower calorie breakfast at 130 calories. However, if you prepare as instructed, you’ll add another 40 calories from the nonfat milk. I used unsweetened coconut milk from So Delicious, which has only 20 calories. 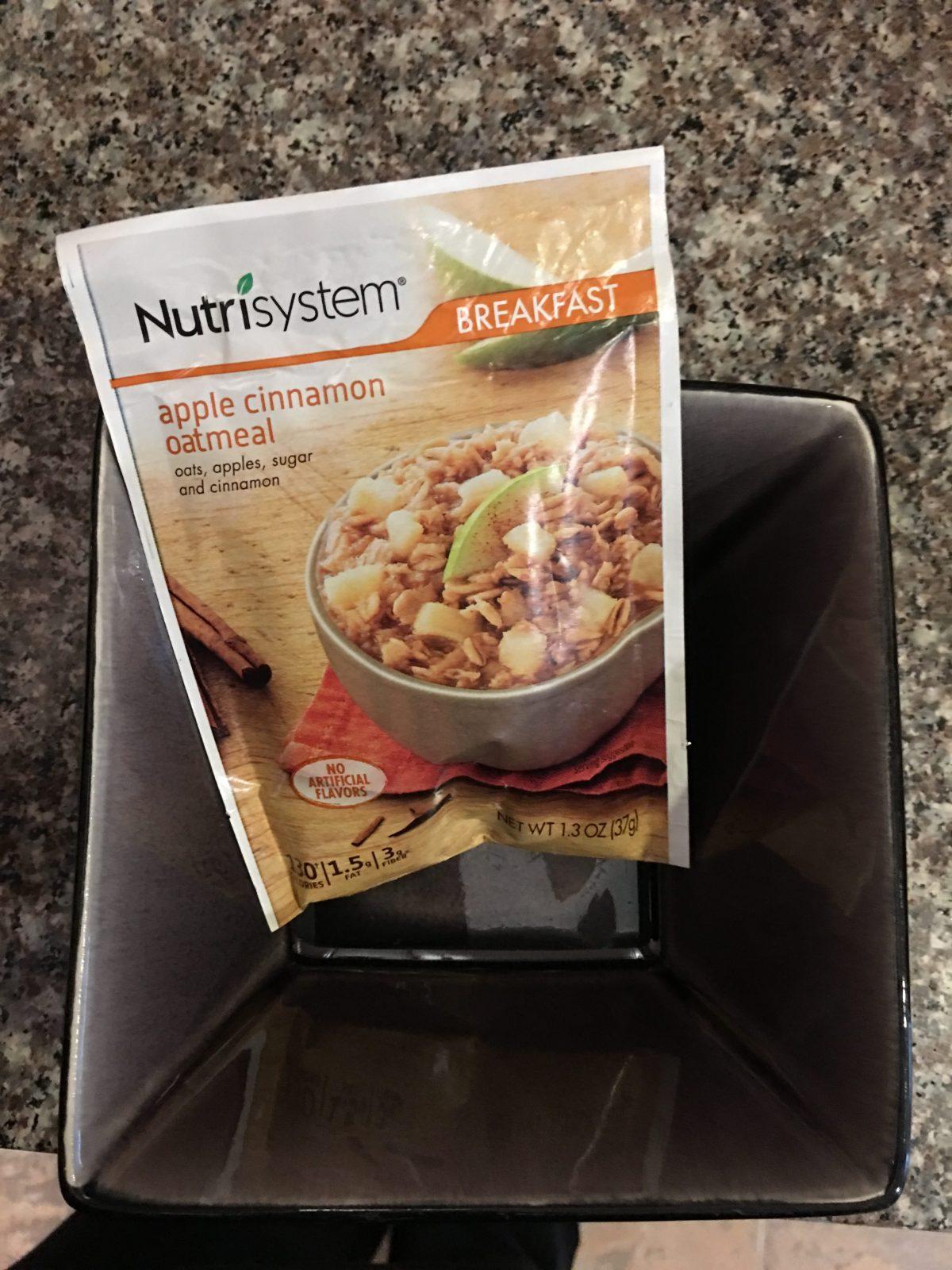 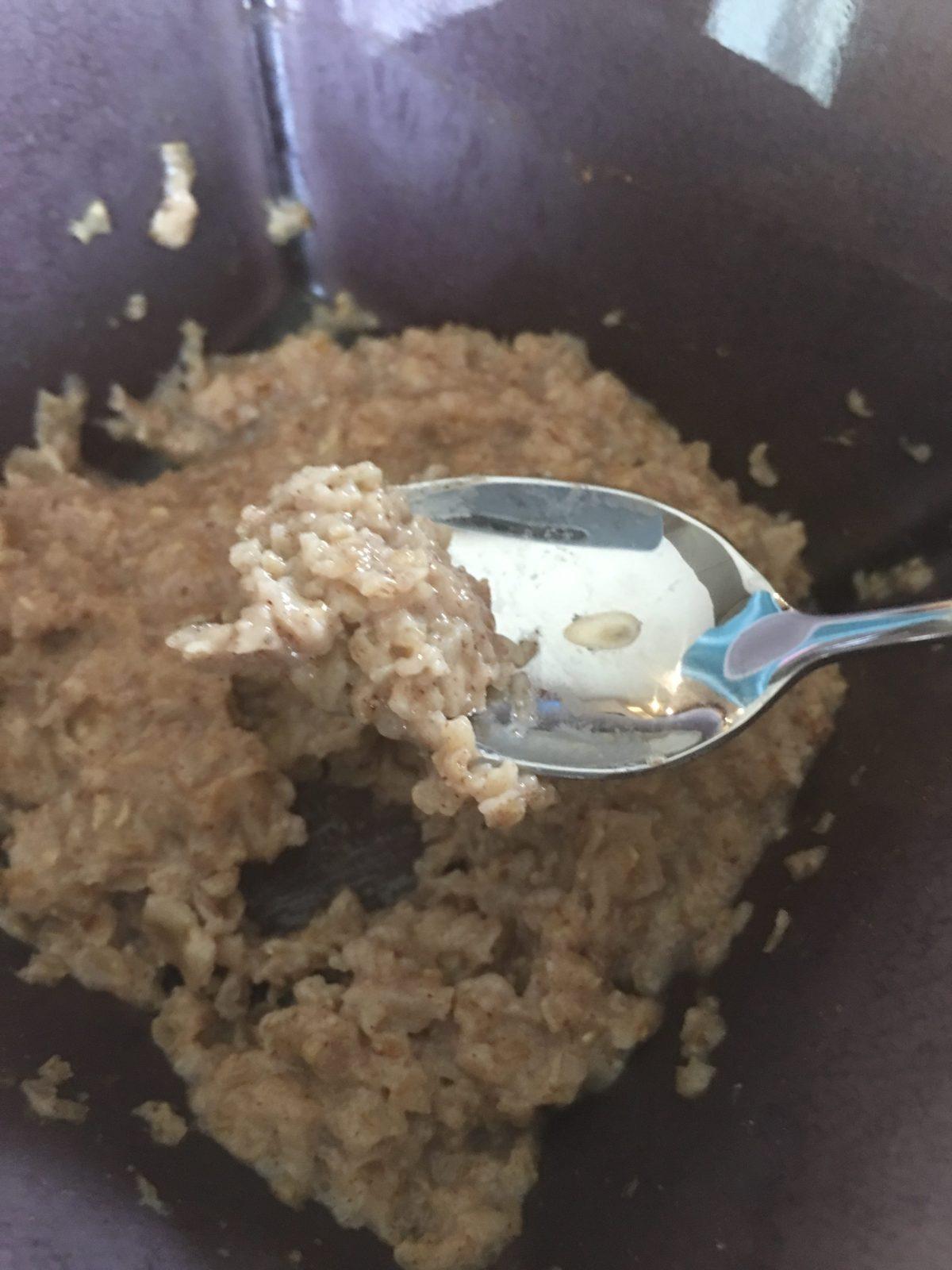 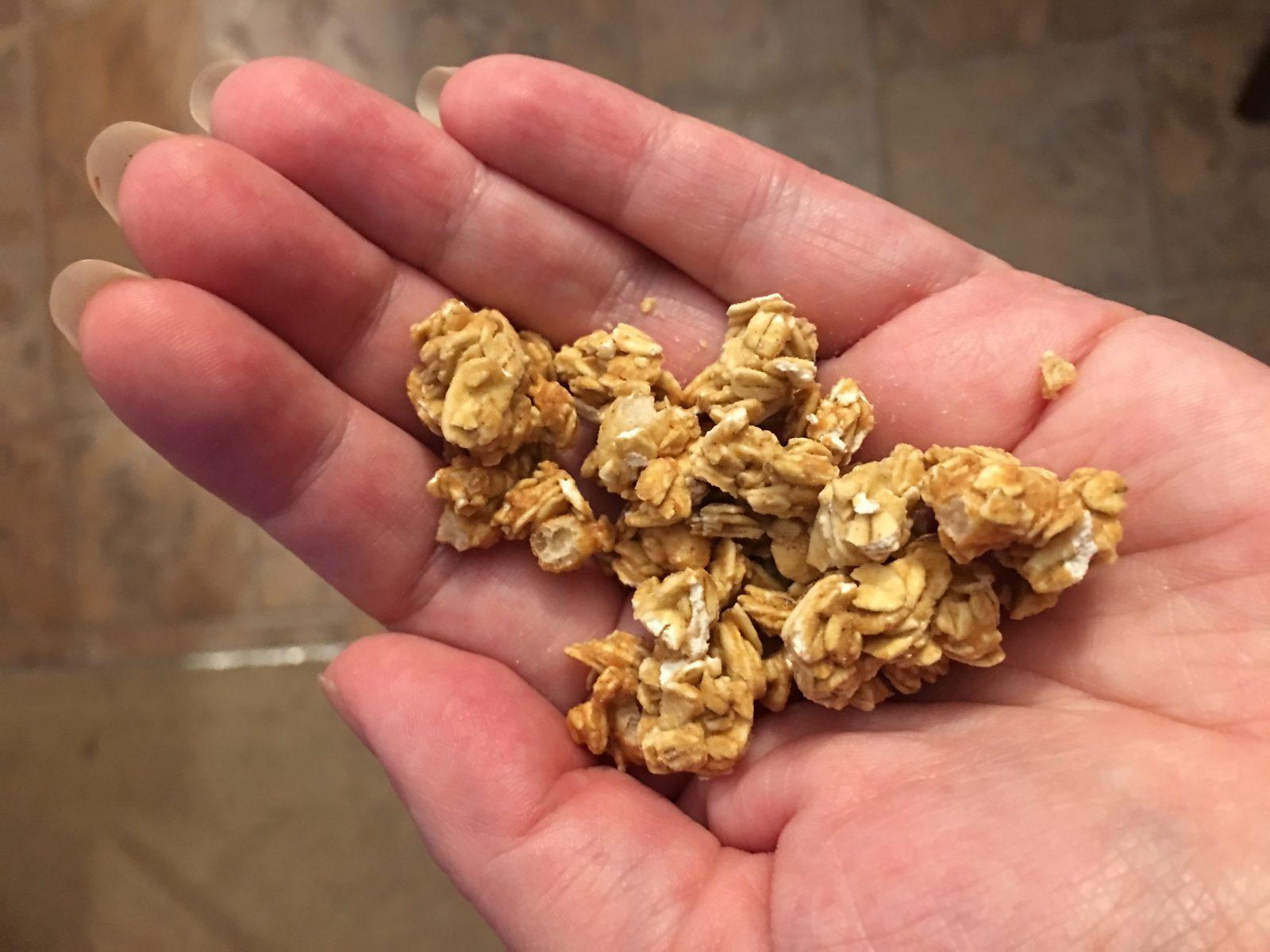 Not gonna lie, I’m not a big fan of granola.

As far as granola goes, it was fresh and tasted like higher end granola. But, it wasn’t anything special (i.e. there were no fancy little dried fruits or anything). Being unremarkable, I didn’t get a photo of it. There’s about 1/2 cup of it, but it’s fairly filling.

One of my packets turned out to be really convenient because I was traveling and I ended up munching on it in the airport as a healthy breakfast between flights. I ate the other one with some low-fat yogurt as a power fuel. I find that it makes a good snack and is good relatively bland food if you don’t feel well. 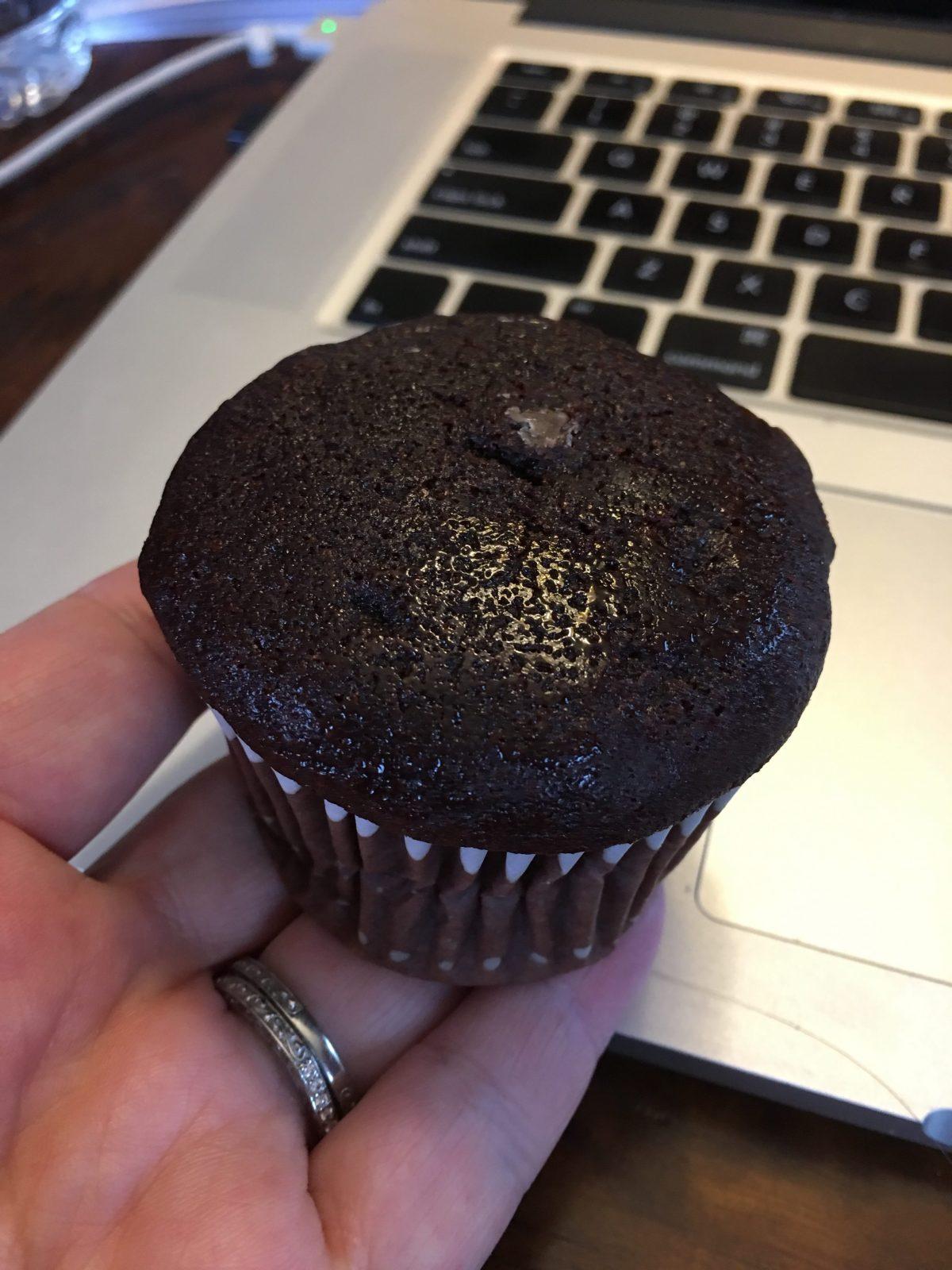 A chocolate muffin with chocolate chips inside – what’s not to like?

This muffin is a bit moister and less sponge-like than the others, but it’s still a diet muffin and does taste a little bit different than expected. I think it’s pretty delicious, though the cake itself is a bit sweet for my taste.  It’s a bit better warmed. 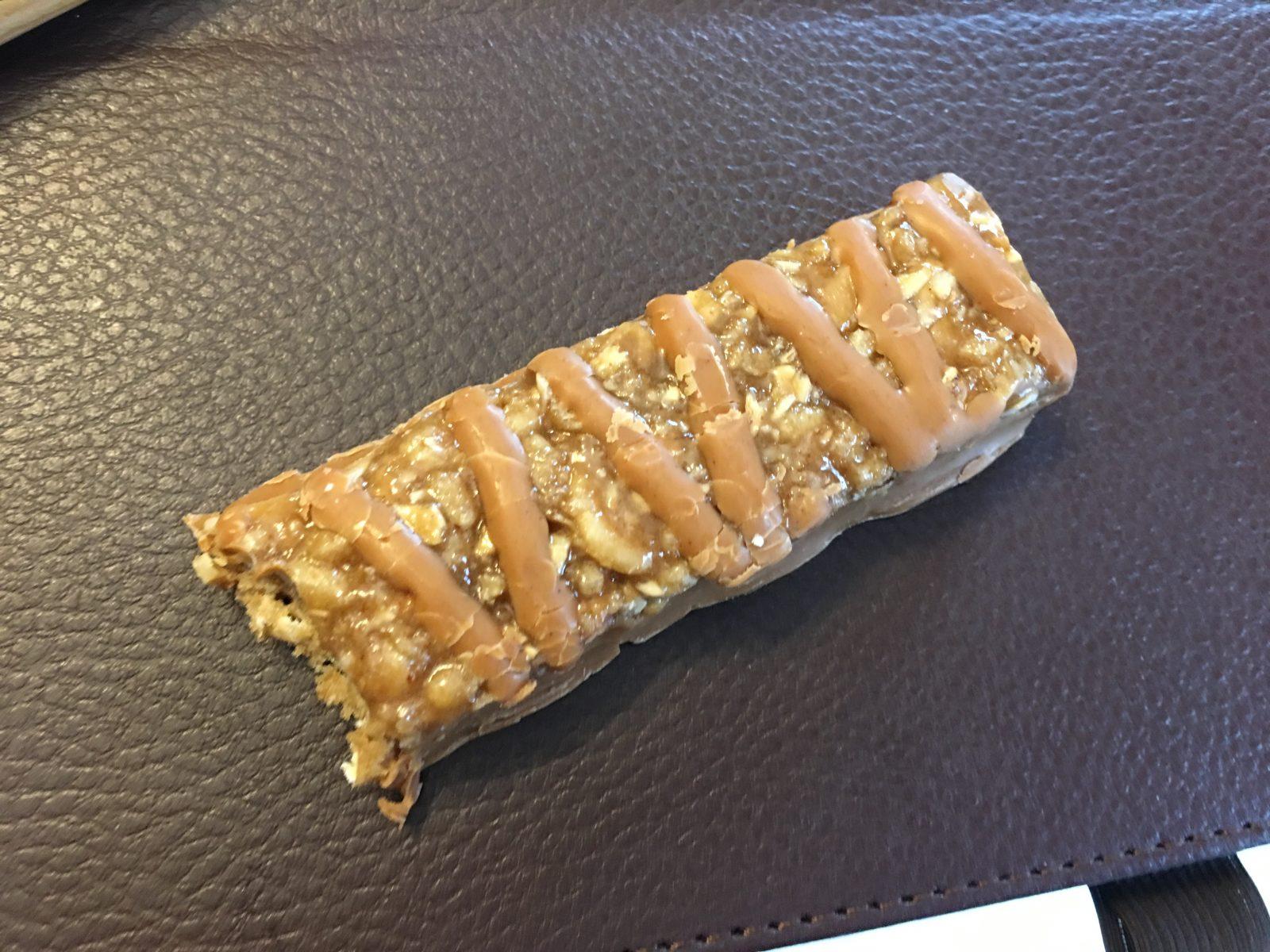 I have to admit, I was less than thrilled when I saw there were “granola bars.” Nor am I a big fan of peanut butter.

I actually ordered more of these specifically when I went on the plan. This is chewy – like the inside of a candy bar chewy. It’s almost like a caramel/peanut butter bar. It’s not like your traditional chewy granola bar. This is filling and peanut buttery yumminess. It tastes way better than it looks. As you can see, I took a bite before I even remembered to photograph the bar.

I have probably bought more of these than any other single non-frozen item. I’ve been eating them for over a year and they are still one of my staples. They are great as a snack or a meal.

And….that wraps it up for what’s in the box for breakfast.

But, Nutrisystem offers much more than what you see above.