At the top of a hill, nestled back in the forest lies an old castle just begging to be explored…. 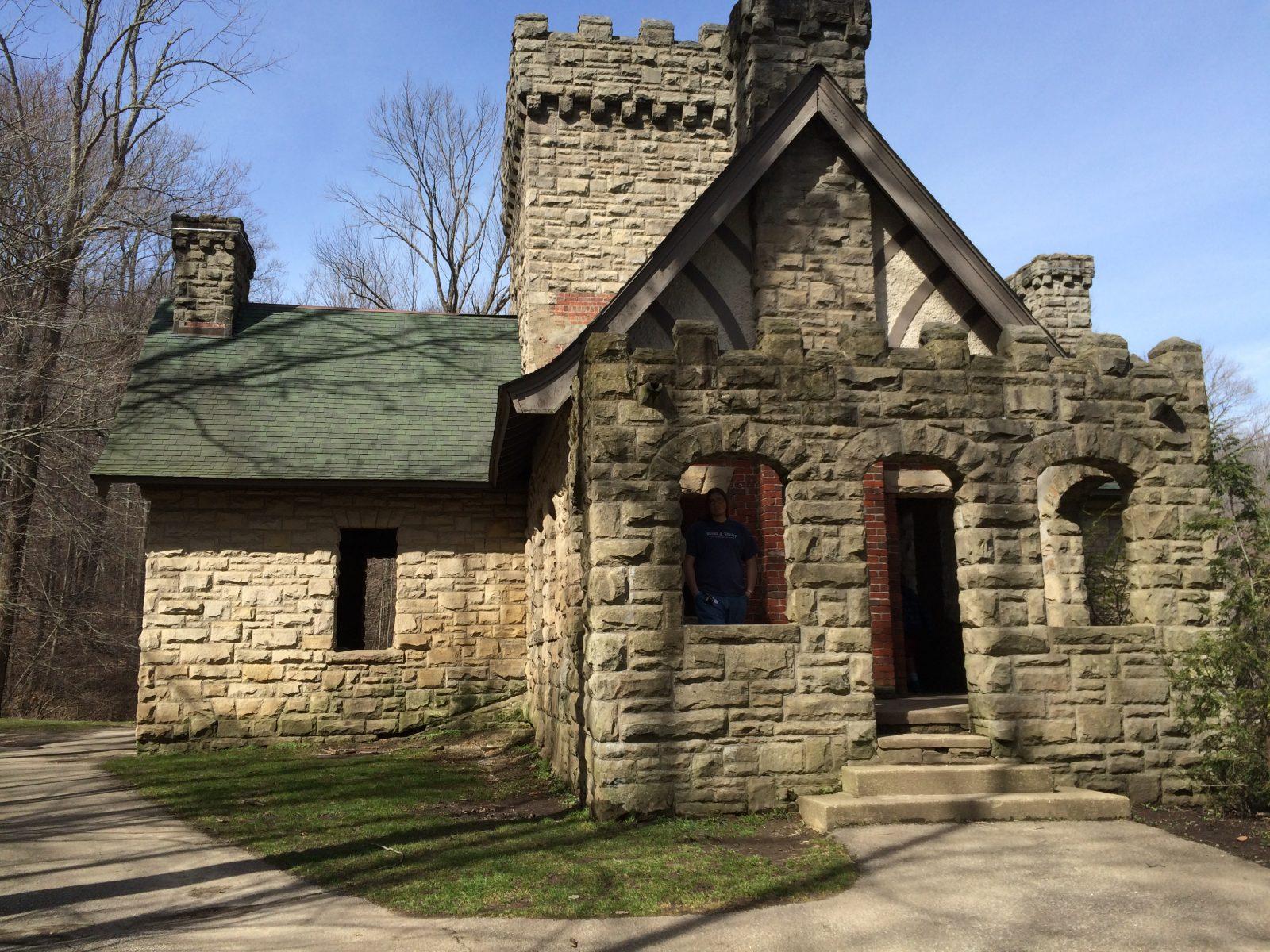 It’s called Squire’s Castle, not for any royal affiliation, but because it was built by Feargus B. Squire (of Standard OIl Company) on his 525 acre estate.

A quaint rumor about the castle is that he built it hoping to move his wife to the country. The tale says that the bride was never comfortable in the estate and that one night, because she was frightened, fell and broke her neck. The rumor states that she died in the castle and now haunts the grounds. This is untrue. Researchers have checked into it and Mrs. Squire actually died in the city under very mundane circumstances. 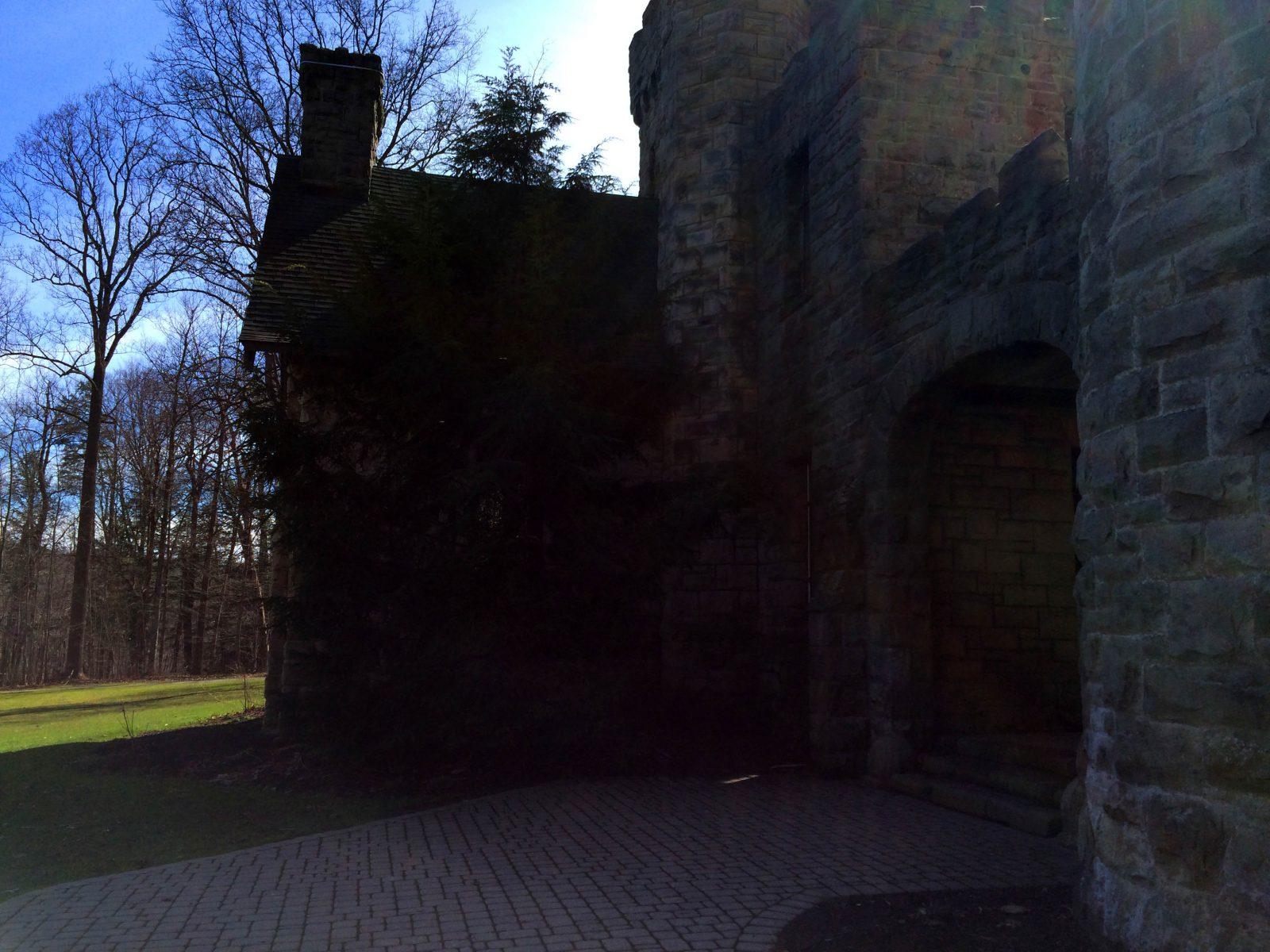 I’d probably write up the tales of “weird happenings and lights” to the fact that most city people get spooked in the woods after dark pretty easily. There’s no evidence of any foul play at the castle, outside of tragic vandalism.

Children can and do run freely through the castle when they visit, playing make believe, but it’s also a romantic place too and a wonderful place to explore with some great photo opportunities. There are several stone fireplaces, open windows, and other lovely backdrops available. 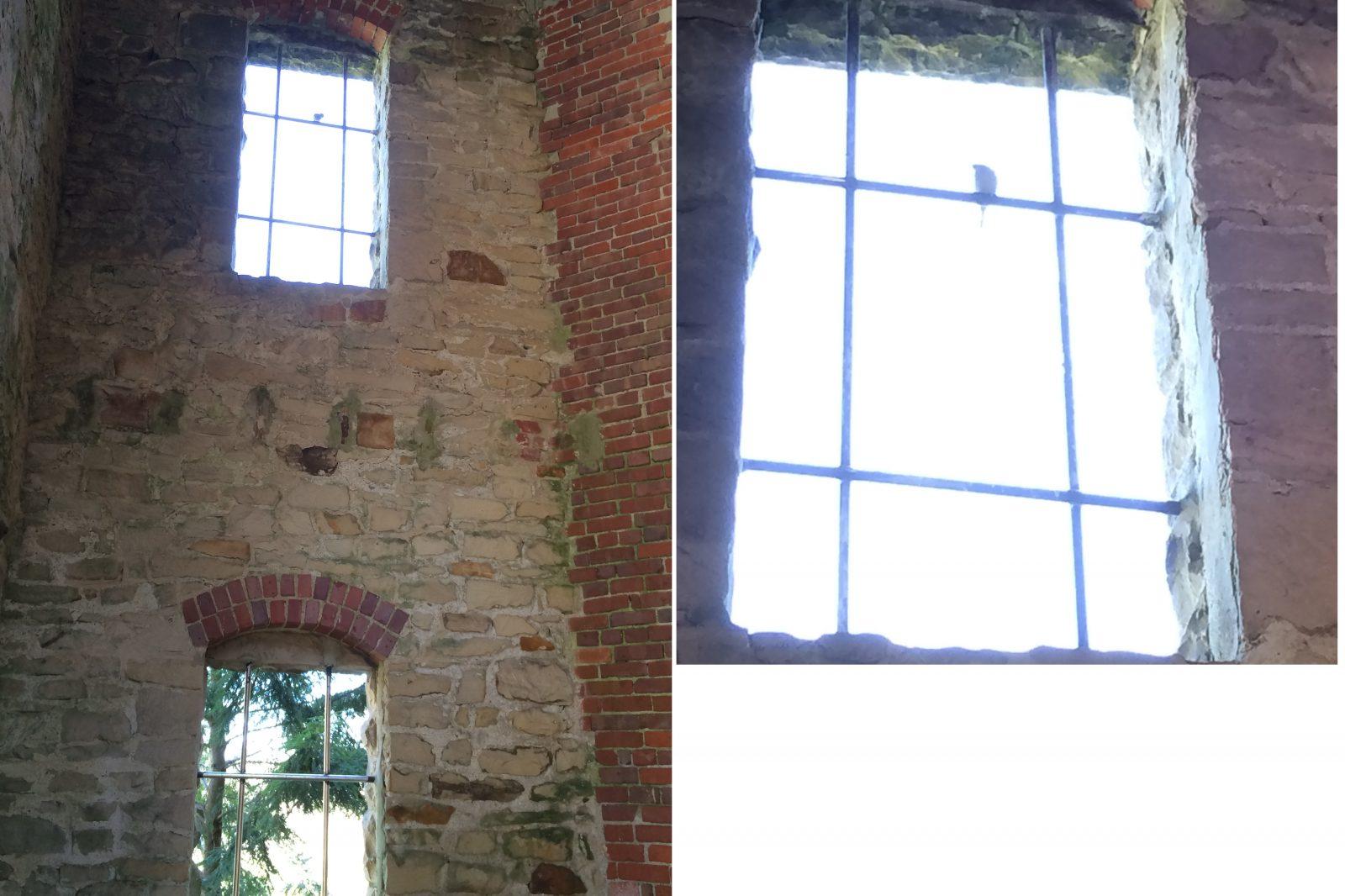 This the floor plan for the castle, though it looks smaller in the image than what the castle feels. Still, it gives an interesting peek at the intentions of the layout and also may help with any event planning you may have in mind. 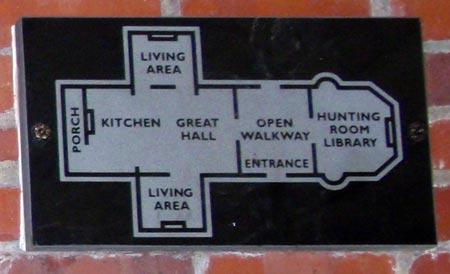 Moss and greenery usually overtake the castle in the summertime, most of these pictures were taken in early spring.

The castle may be rented for weddings and events. The current fee is about $100 per hour. This does NOT reserve the castle for you. It remains open to guests who are free to walk through at any time. There are no chairs or anything like that, so if you want to host an event in this lovely place, you will need to bring your own. The toilets there are waterless and a short walk from the castle, but overall pretty nice.

It is, after all, an abandoned castle.

You can flip through more pictures of the castle below by navigating the arrows beneath the picture.

You can also read more about the castle at http://www.clevelandseniors.com/forever/squires-castle.htm