As early as 2,000 B.C., the ancient Egyptians, marshmallow root was made into a candied delicacy for pharoahs and nobility. These were made from the sap of the mallow, honey, and grains or powdered nuts that were baked into cakes.

Early Arab doctors used the root as part of a poultice for inflamed skin conditions and was also known by the Syrians and Chinese as a healing plant.

The ancient Greeks used marshmallow root for healing. In fact, the name of the genus for the plant – althaea – means “to heal.” The first century Greek physician Dioscorides wrote of marshmallow root that it was one of the best cures for stomach ailments, toothache, and as a poultice for bites and stings. The Roman poet Horace even wrote of the plant “As for me, olives, endives, and smooth mallows provide sustenance.” The Roman naturalist Pliny (about 43 A.D.) wrote“Whoever shall take a spoonful of the marshmallow shall that day be free from all diseases that come to him.” It was also frequently used at that time for cough.

The plant is mentioned several times in medieval medicinal texts as a powerful medicine and was cultivated by many healers throughout Europe. In the 16th century, documentation shows that marshmallow root was still used for stomach ailments, with one recipe called for the pulverized root to be boiled in milk or wine. 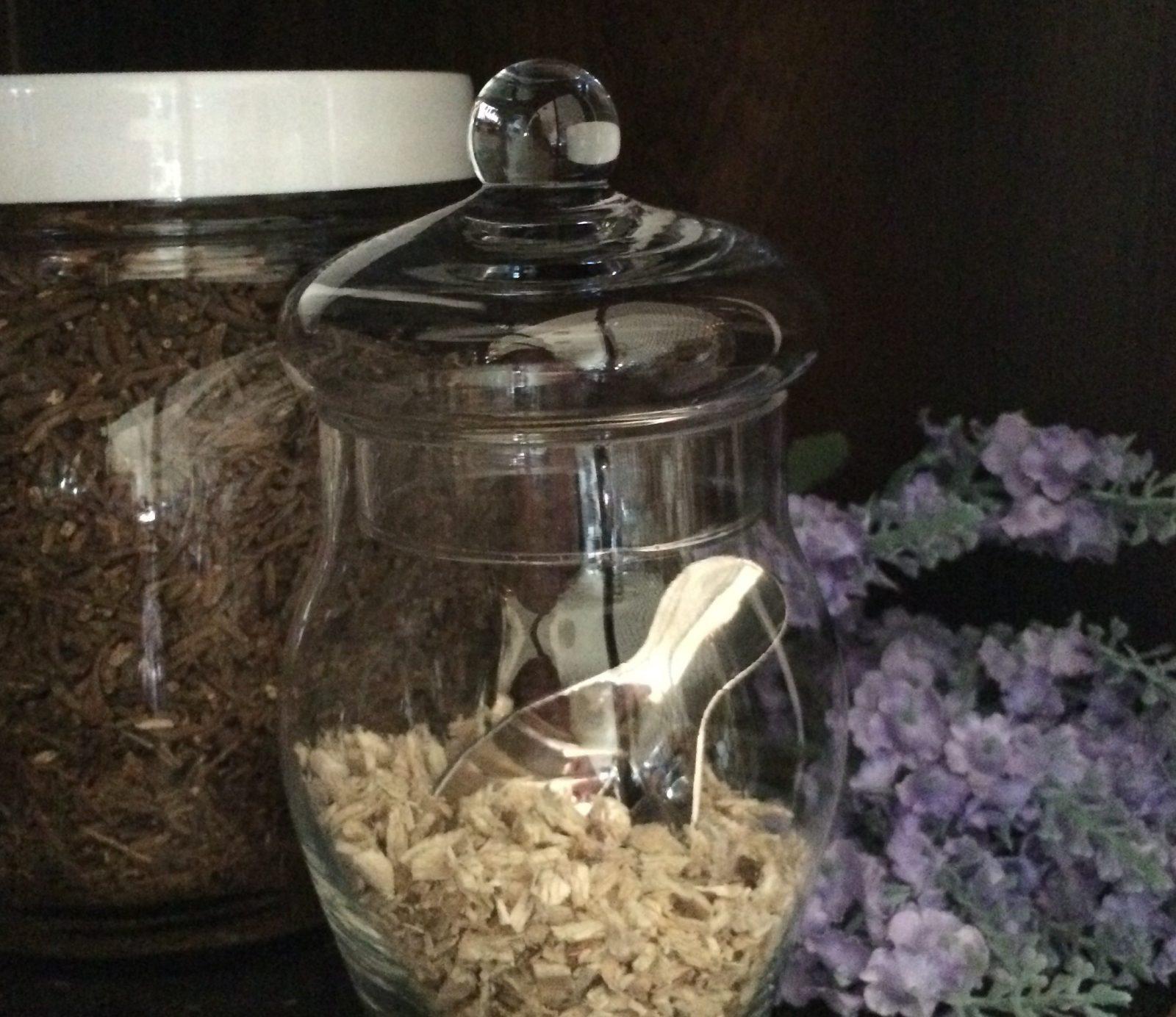 Where to Get It

Pour boiling water over and steep for 10 minutes. Best when used with other herbs for flavor. 1 – 2 teaspoons per 8 ounces of hot water.

To apply as a poultice, prepare as a tea, but only steep for 2 minutes. Cool slightly and rub a fine coating of sweet oil on the skin to prevent sticking, then apply the wort and wrap the injury. Or, you can create a Marshmallow Oil Tincture.

To use on hair as a moisturizer or detangler, create a tea of pure marshmallow root, put in a spray bottle and mist gently. 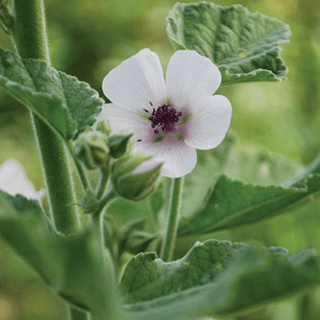 Marshmallow root – sadly – does not taste like marshmallows. However, it is used as a flavoring agent.

Mallow is a marsh plant that is native to Europe, North Africa, and Asia. It’s marshy nature is where the “marsh” in marshmallow comes from.

Marshmallow flowers are lovely and come in shades of pink, purple, and white. It attracts butterflies.

Marshmallow has a mucilage quality to it, which is part of its soothing nature.

A recipe for marshmallow candy with actual marshmallow root in it can be found here at food.com

ALWAYS consult your doctor if you have an ailment and before starting any treatments.