“In the crumbling pages of ancient texts on healing, hidden amongst the dusty basement shelves of a neglected Old World library, there are stories of a flower whose tears are magical.” ~ Dr. Jonathan Zuess

The Greeks and Romans used Saint John’s Wort for treatment of melancholia, snake bites, cramping, upset stomach, and superficial wounds as far back as about 400 B.C.

Saint John’s Wort was named in the First century by early Christian’s after John the Baptist due to its blooming proximity to the saint’s day. They believed that the plant and flower aided in the ability to keep away evil.

Saint John’s Wort is particularly renown for its calming abilities. 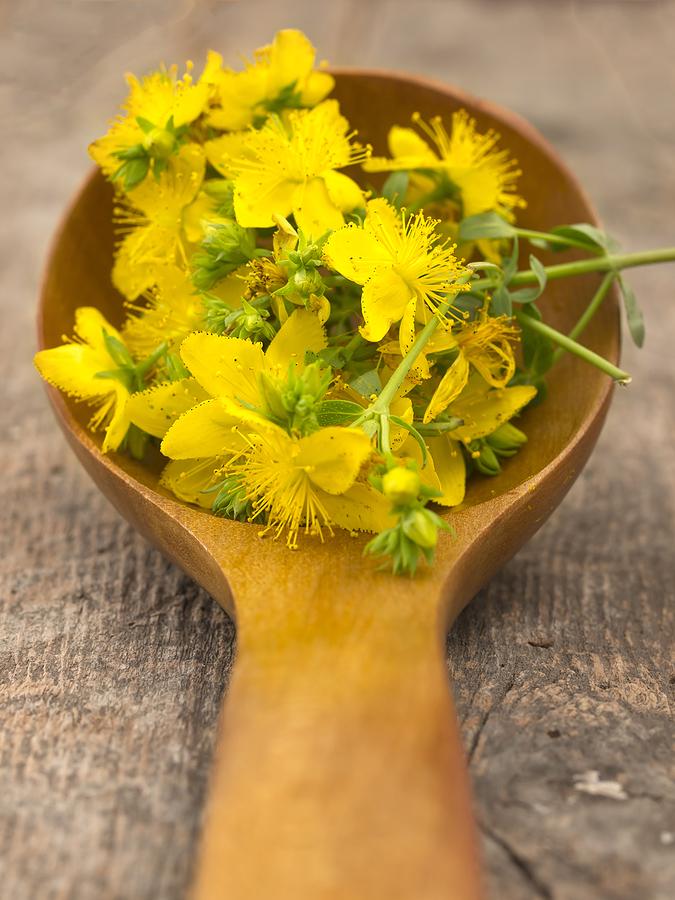 Where to Get It

Pour boiling water over and steep for 10-12 minutes. 1-2 teaspoons per 8 ounces of herb. Can be taken twice per day (per Cleveland Clinic). 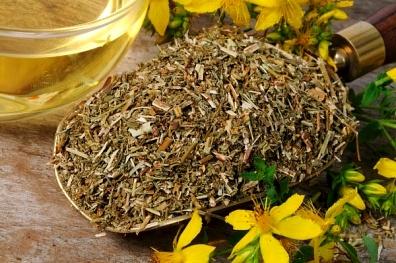 To apply as a poultice, prepare as a tea, but only steep for 2 minutes. Cool slightly and rub a fine coating of sweet oil on the skin to prevent sticking, then apply the wort and wrap the injury. Or, you can create a Saint John’s Wort Oil Tincture.

If you are interested in identifying Saint John’s Wort in the wild, visit Edible Wild Food here

ALWAYS consult your doctor if you have an ailment and before starting any treatments.