We all know that we should eat healthier.

But it seems like so much WORK, right? Most of us don’t have the time to make everything from scratch or the budget to pay for TV dinners that cost $5 each.

A lot of nutritionists will lecture you about CHOICES, which in reality they are spot on and absolutely right, but again it takes effort to create habit which isn’t always easy to do because of the thousand other things on our minds.  For the average person, it’s easier to  order a pizza than it is wandering into the kitchen and whipping up some homemade baked zucchini sticks, because they’ve got other stuff to do and they have developed that habit of dialing Dominos.

Plus, taste is an issue. You like what you like and major dietary changes don’t stick for most people.

So what are you to do? 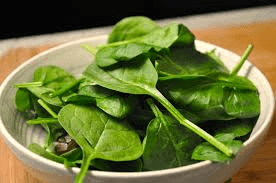 Spinach is super rich in antioxidants, vitamin A, and cancer fighting flavonoids. It also tends to last longer in the fridge than your standard lettuce. The texture is a bit chewier than lettuce, though, so don’t overdo it when you first start adding spinach to your diet.

How to use it?

Subway and other sub places often have it right on the tray. Get some with your lettuce.

As mentioned, it holds up a bit better than standard lettuce, so if you make your own sandwiches or hamburgers, this is a great topping.

Cooked and canned spinach (while not as good for you as fresh, it’s still good) is also pretty yummy added to omlettes.

Instead of a bowl of ice cream, opt instead for a yummy smoothie. If you’re afraid of making too much and wasting, then you can always turn them into popsicles to snack on later. Stores offer smoothie kits in the freezer section, or make your own from the plethora of smoothie recipes on the net. There is literally a smoothie to satisfy nearly any tastebud, even people who are not big fruit eaters and I mean there I even cookie dough flavored smoothie mixes! 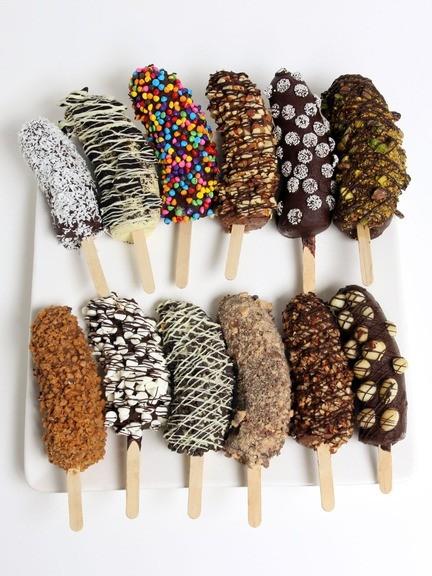 Another option, if you are a hard core ice cream eater, is to make frozen bananas. Just dip nanas in melted chocolate, lay on a lined cookie sheet, and freeze. Sprinkle with nuts to make them even more amazing. Actually you can use just about any small sprinkle-able item. Try toasted coconut from a candy making section, or even chopped candy pieces! Try not to go too crazy on the processed sweets, but the point is you can get a little healthier here by sneaking fruit into your diet. If that’s the only way you’ll eat it, so be it.

Once the chocolate is set, put in individual ziplocs and freeze. Some companies are already offering pre-made ones if this sounds like too much effort. These do not keep as long as “normal” ice cream, but are pretty amazingly yummy and much better for you. 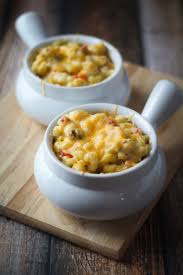 3. Sneak in Some Cauliflower

Admittedly, when I first heard of this idea I was not a fan. My first experience with cauliflower smothered in cheese was dreadful.

But then, I had breaded cauliflower and ranch and found it to be heavenly.

There are great ways to sneak cauliflower into your food without even noticing. My favorite is to chop into pretty small pieces and pour it in with my macaroni when I’m boiling it for macaroni and cheese. No one even notices, especially if you have a nice sharp cheddary sauce.  You can also slip a little into lasagna without really noticing (this I mince). You can pop it into the hamburger helper style mixes. too.

The big trick is don’t leave the chunks too large.

Keep a 100 calorie pack in your purse or pocket for snacking. These are great for quick protein and more satisfying, filling, and healthier than chips. My favorite are the smoked almonds, but you can get savory or sweet varieties.

5. Make it and Freeze it

Break down and invest in some good, sectioned tupperware. When you cook, throw those leftovers in one for later. This is what I do with leftover Thanksgiving every year.

I’m not asking you to spend your weekend generating TV dinners. Please don’t. If you try that, there’s a good chance after one or two weekends you will decide that was too much effort and just quit.

And, I know you may or may not cook that often, but you do cook because no one can eat out all the time. So, let’s say you made some of that cauliflower mac and cheese I mentioned. If you aren’t eating it tomorrow, freeze it with a few other goodies and you have an easy TV dinner for busy days. 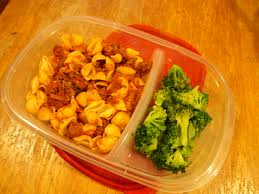 No one said the homemade TV dinner had to be produced in one day. Divide that mac and cheese up into two containers and put it in the freezer and then tomorrow, you can add some leftover chicken to it from that meal. Those containers do reseal, you know 😉 .

You can even get in the habit if making an extra serving when you do cook. For example, one of my food staples is chicken breast tenders. I don’t always want to wait the 1/2 hour it takes for them to cook. I don’t always want them warm, because I like them on salad. So, I make extra on the nights I bake them. It takes no more effort. Cook, wrap in tinfoil or pop in a container, and it’s done.