The Holy Land Experience (THLE) is very close to my heart. I had another trip planned after the two posts that I’d made (morning and afternoon at The Holy Land Experience) but the pandemic hit and then they closed and there was word the property was for sale. I was so saddened to hear that we might never be able to go again. After that first trip, I’d hoped to visit at least yearly as part of a family tradition.

Needless to say, when my husband recieved an email that The Holy Land Experience would be open for two days this month, he was already planning on taking the vacation day when he told me because he knew how badly I wanted to go. Both days were free admission. We gladly would have paid to get in. More on that later. 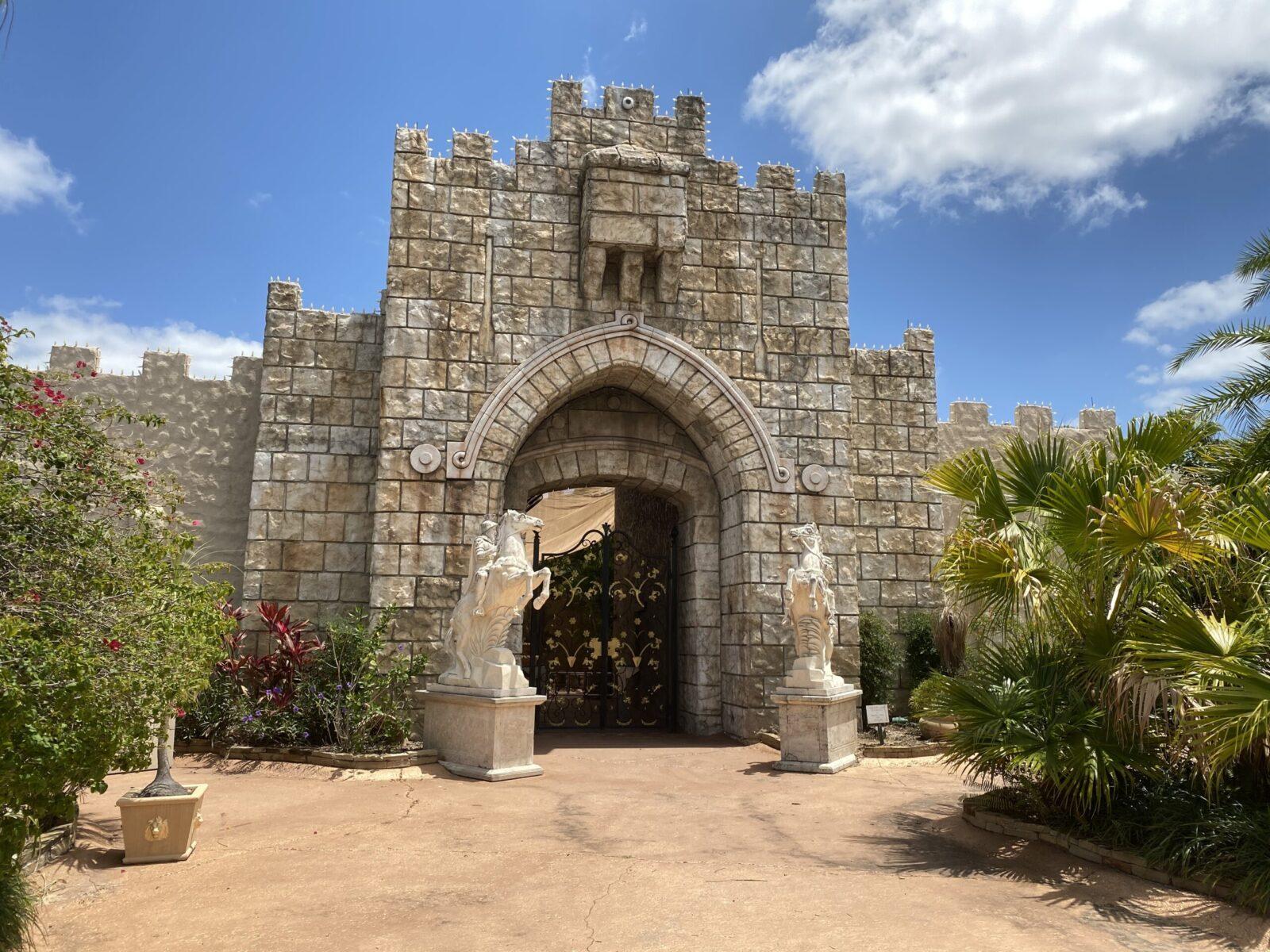 So, we made the 40-minute drive to The Holy Land. When we pulled up a guard approached the car and pointed us in the direction of parking. He informed us that the hours were 10 am to 4 pm and there was a long line to get inside. We were to expect an hour and a half wait. We were also told that only half of the park was open. There were no shows. Just the Scriptorium, some displays, and shops. I hopped out to get in line while Hubby went to park. I took an umbrella to keep the sun off because there’s no shade in the line until you get to the very front. 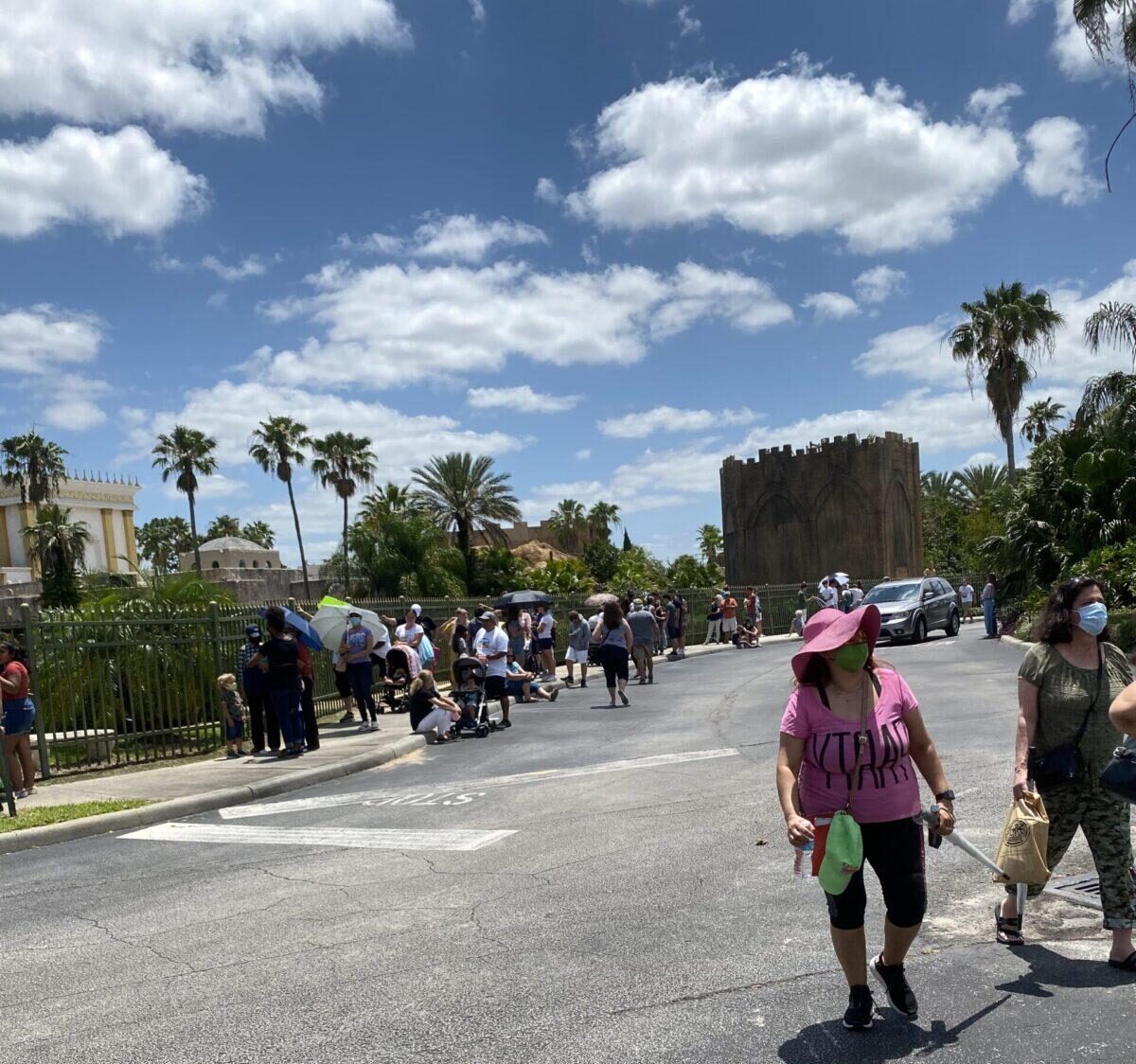 We waited our turn to get into the park. We could see pretty easily into the park to see what was closed off. The part that is circled on the map is where people could access. It was a little surprising, since the front gate where you normally enter is at #5 on the map. 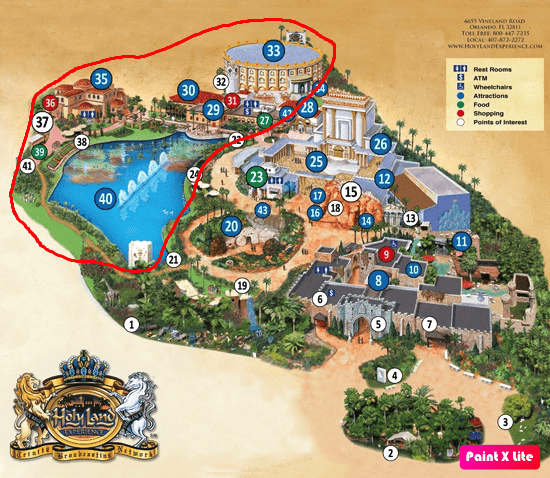 After about an hour of waiting in line, we were told that the park had given away all of its “free” tickets. Everyone was told to go home and try again tomorrow.

I spoke with a couple of the guards and one told me that when he’d gotten there at 5:00 AM there was already a line waiting to get in. I’m not sure if it was because it was free or just it’d been so long since it was open. My guess is the former since tickets are normally $50 each. 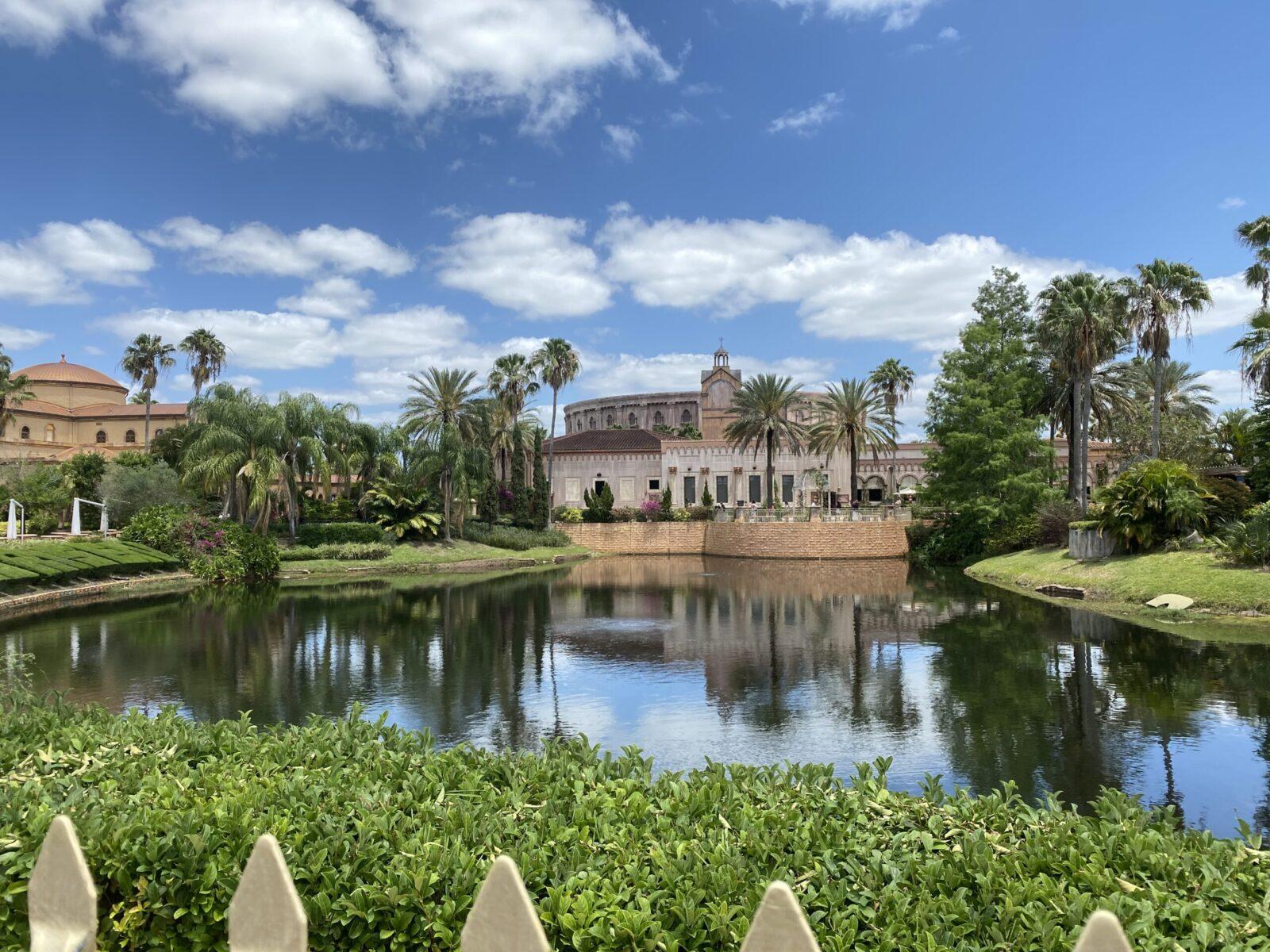 So what happens now? Here is what we know:

What was on the side that remains closed?

More photos of that area are available in the original visit posts that I linked at the top of the article.

Several of the restaurants and shops are on the closed side. Much of the area was photo op-based is also missing. There is some hope that some of it will be salvaged and moved closer to the area that they seem to hope to keep open.

A lot of beautiful scenery pieces, most of the restaurants, the large animal statuary, and small animals that kids could climb and sit on. 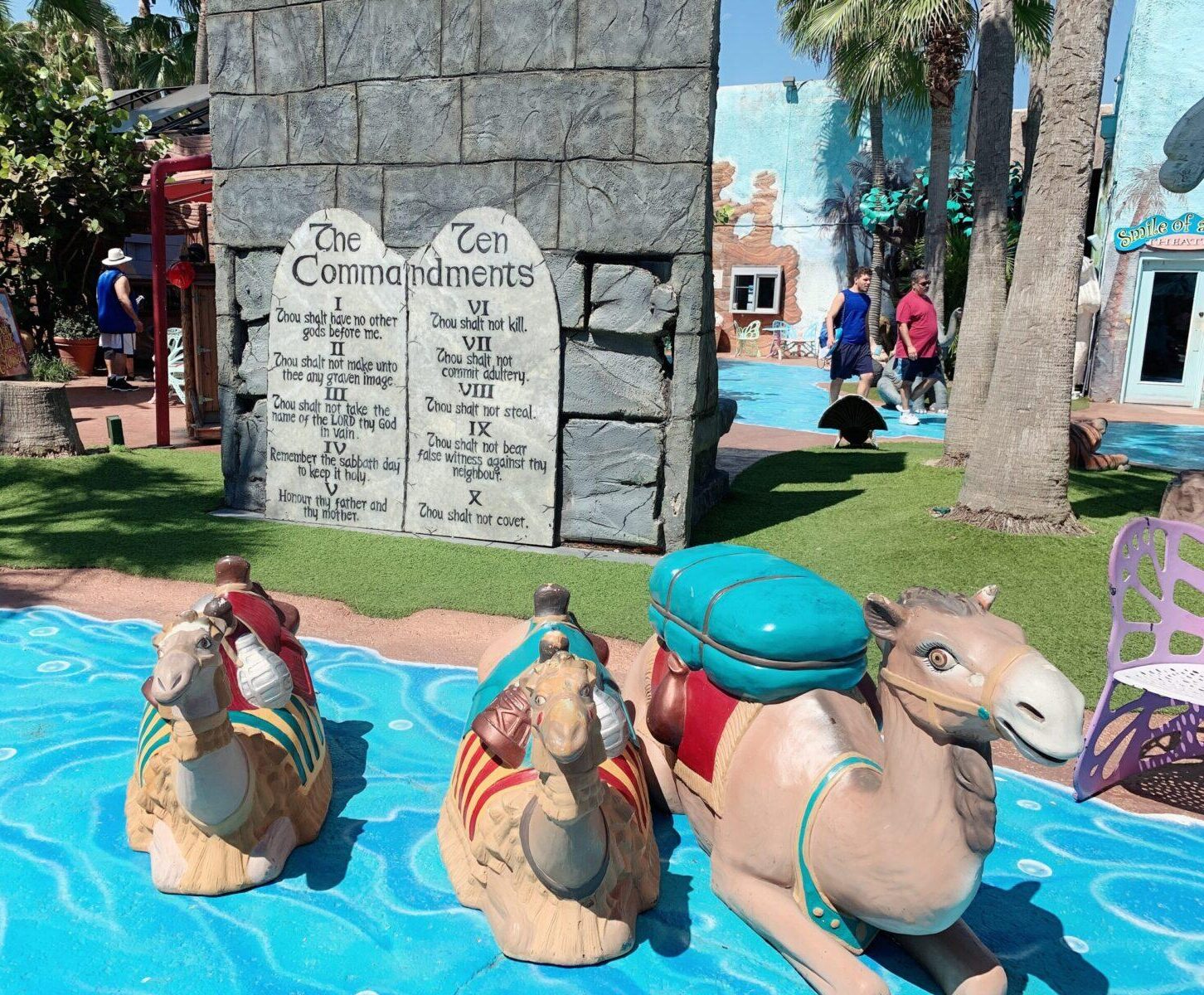 The scene of Gethsemane was actually set up for you to kneel and pray. 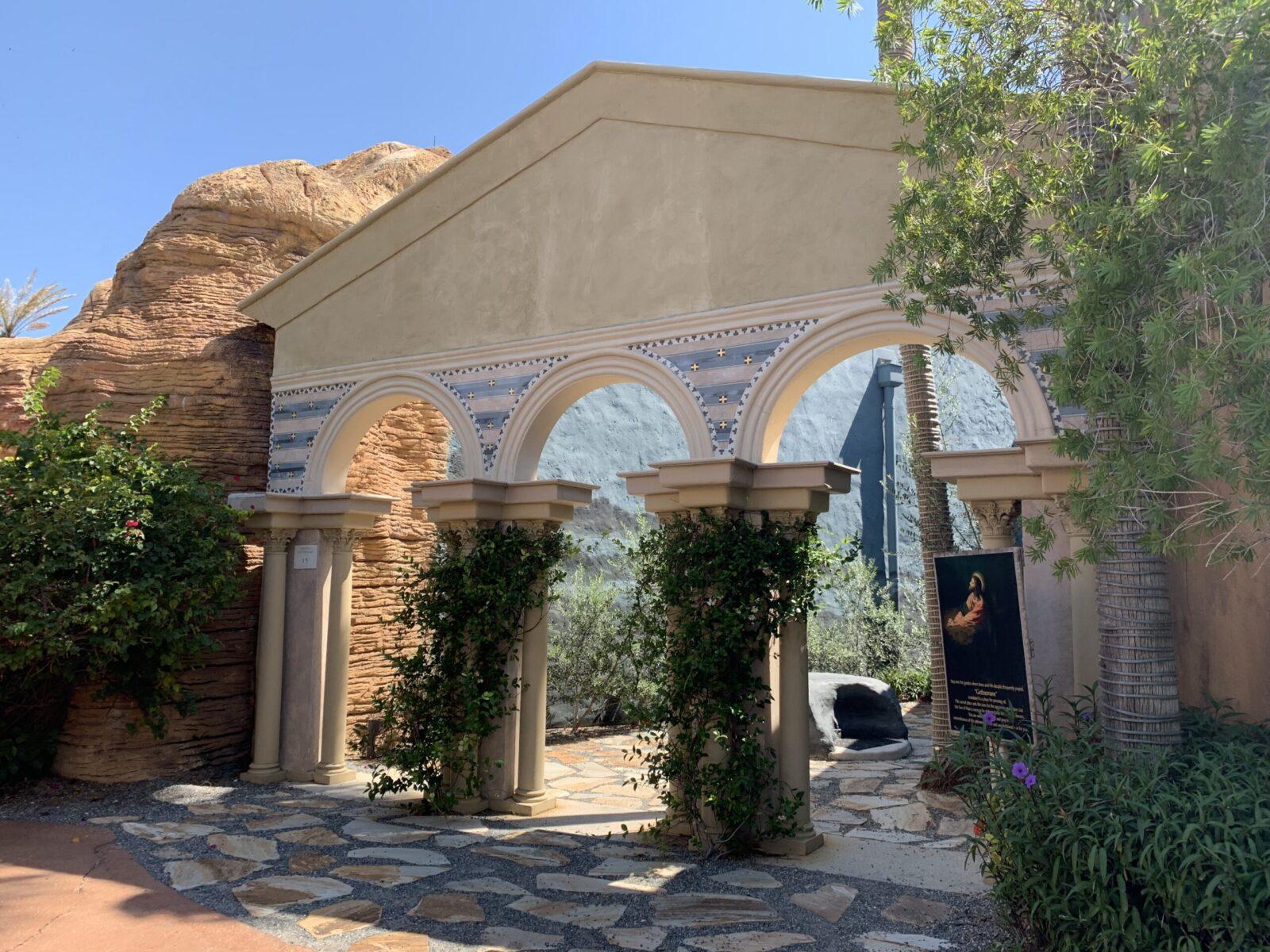 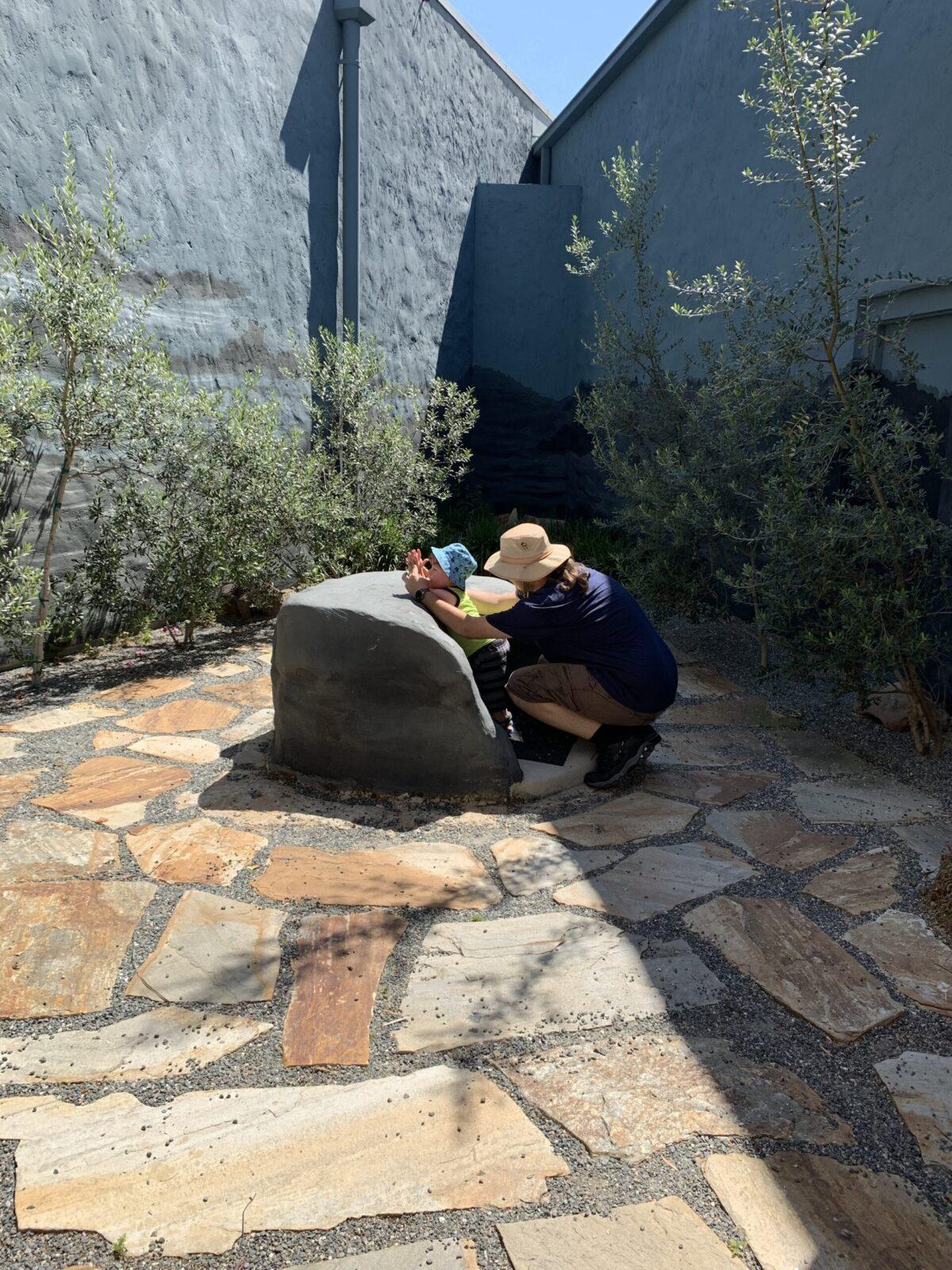 The borrowed tomb set and some of the smaller theaters. 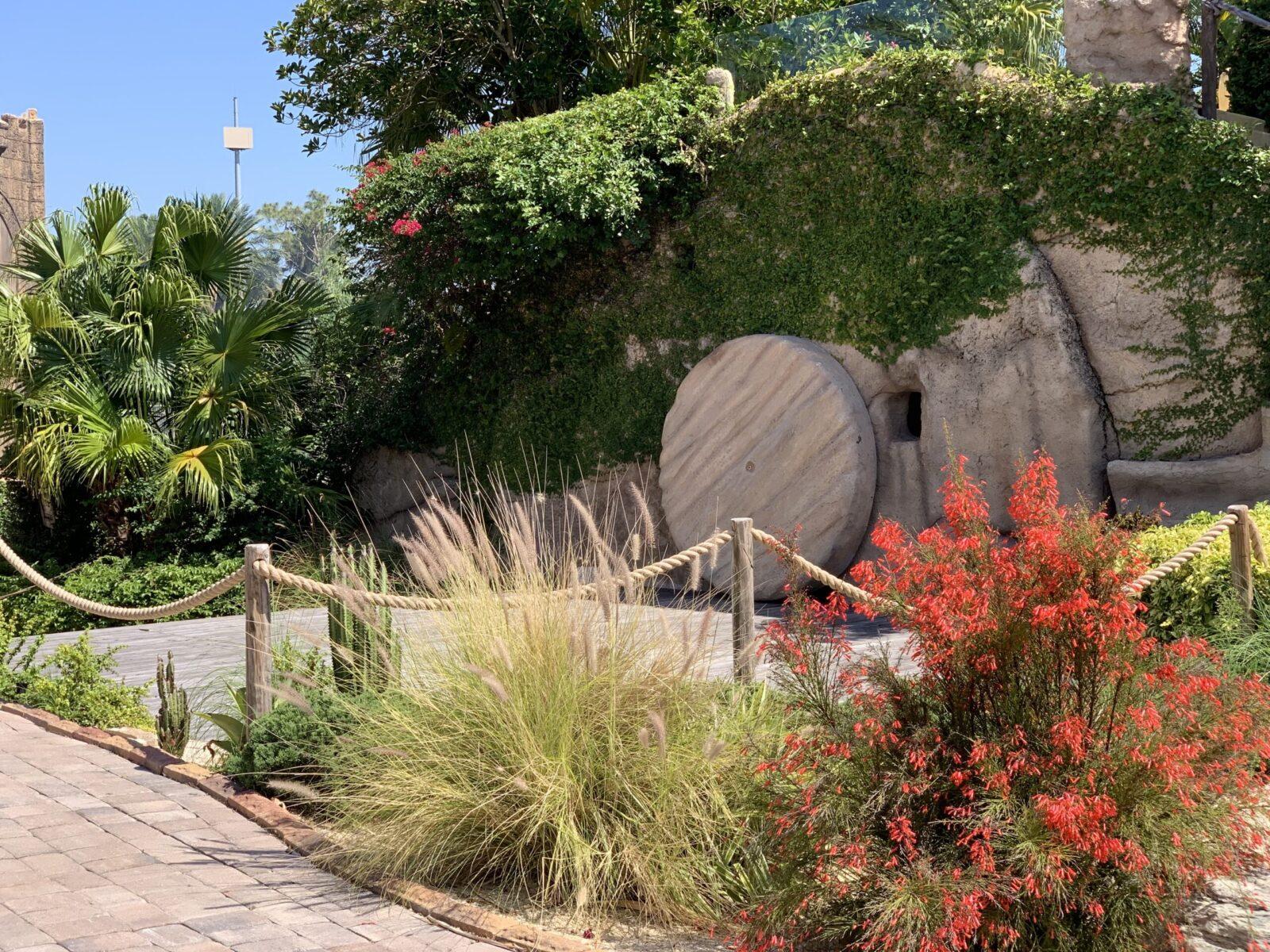 Sampson’s pillars. These were neat because they move slightly. 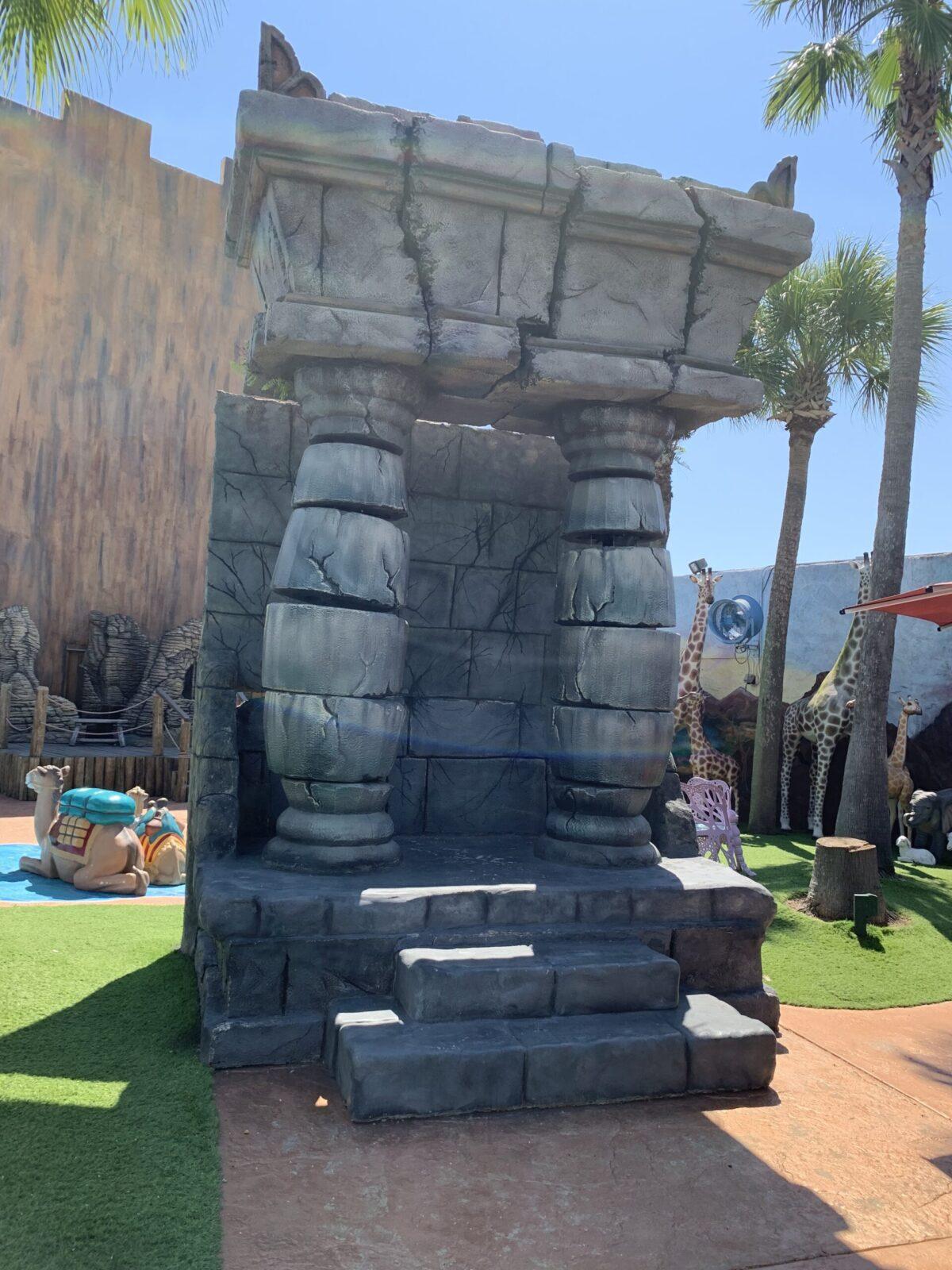 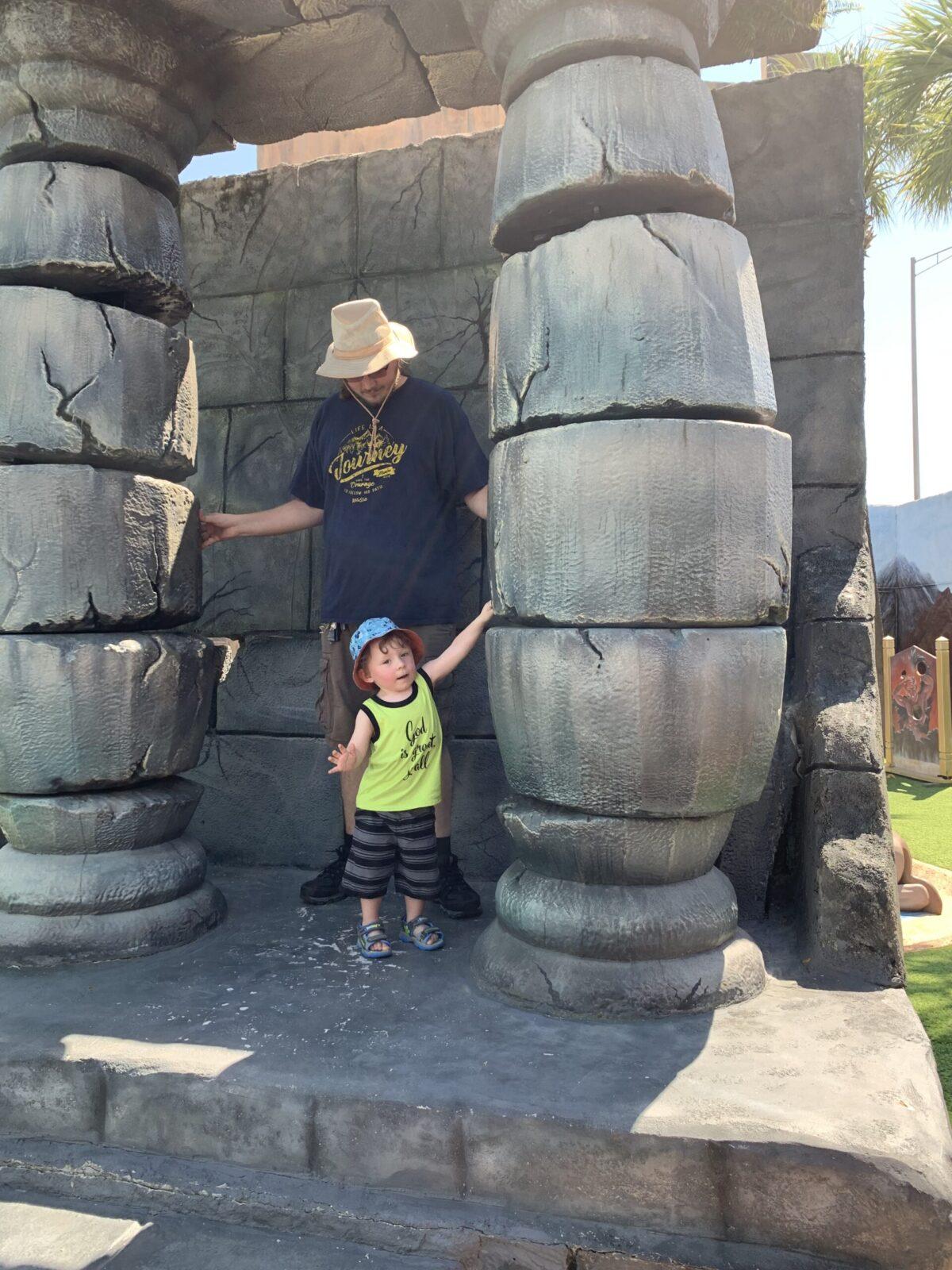 Several ornate archways and walls that feature reliefs including “ocean walls” that you could walk through simulating the parting of the Red Sea. 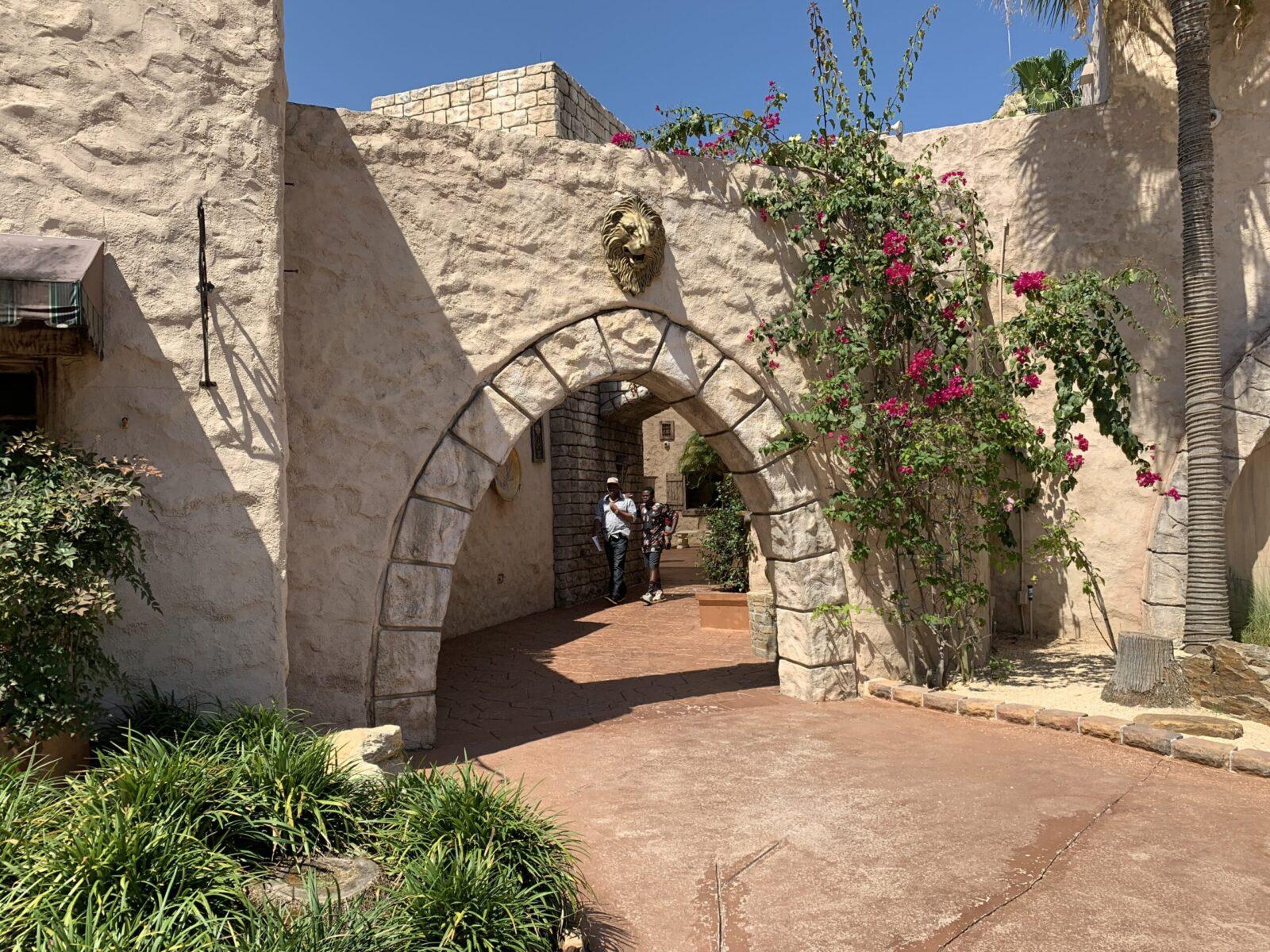 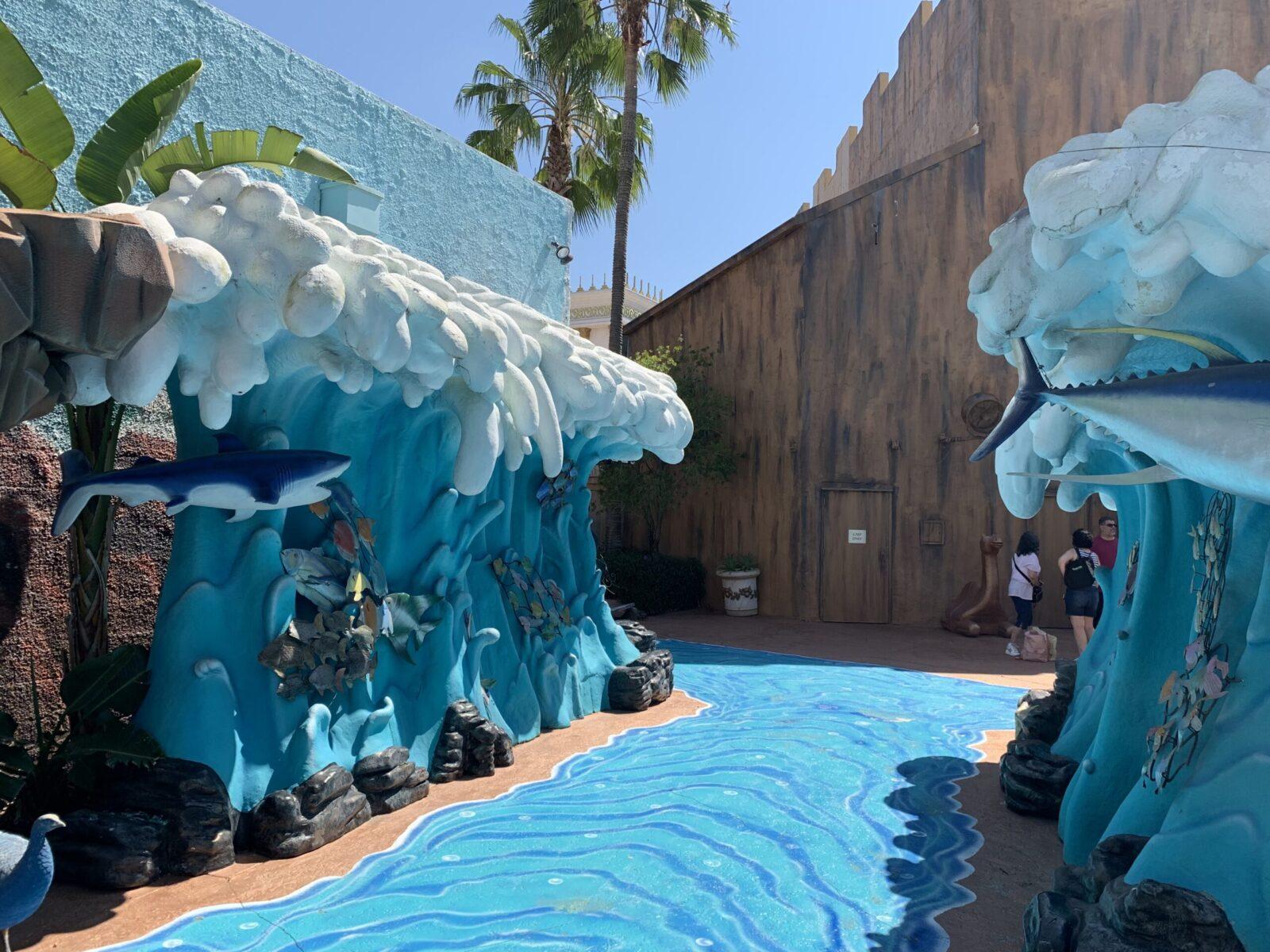 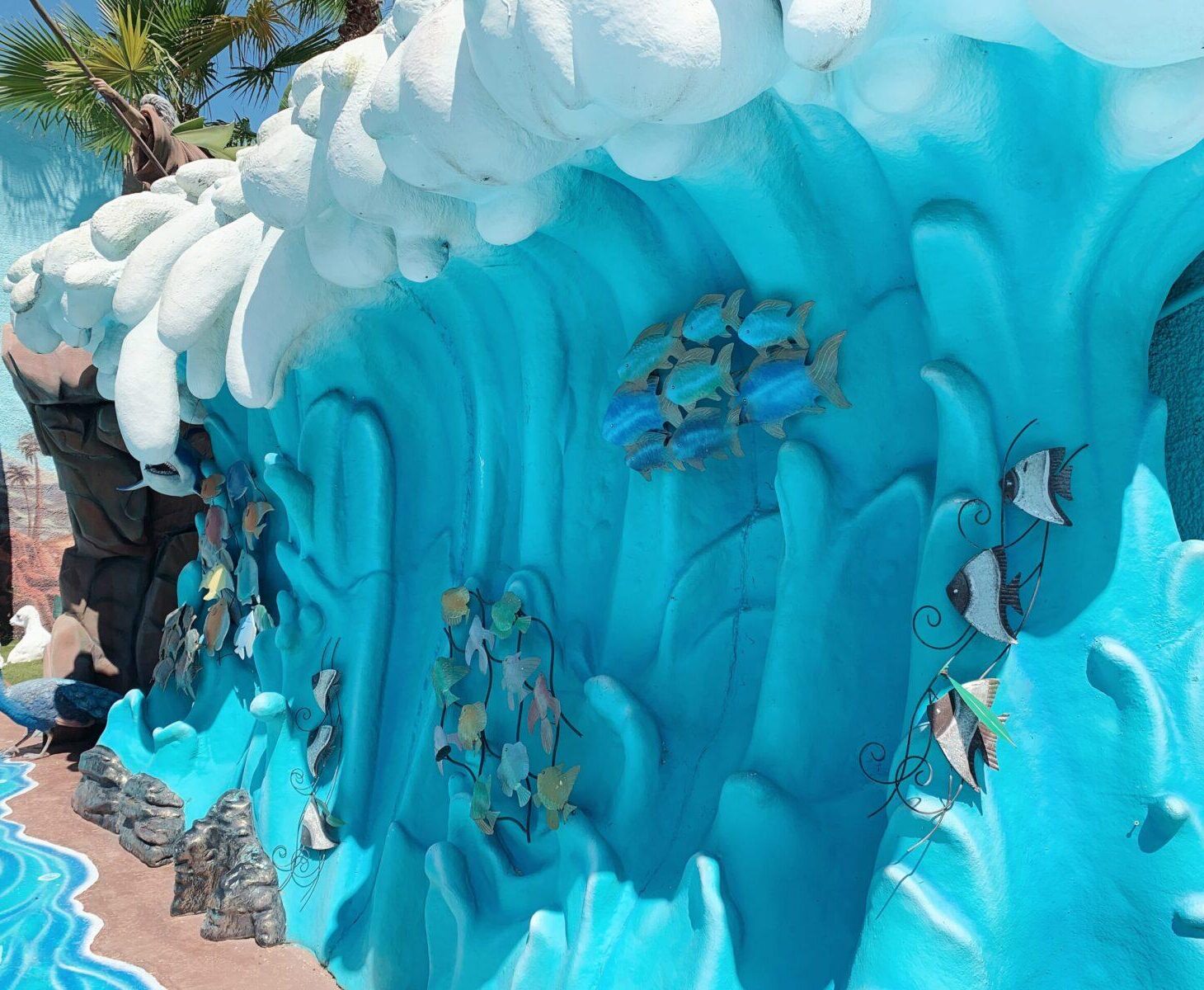 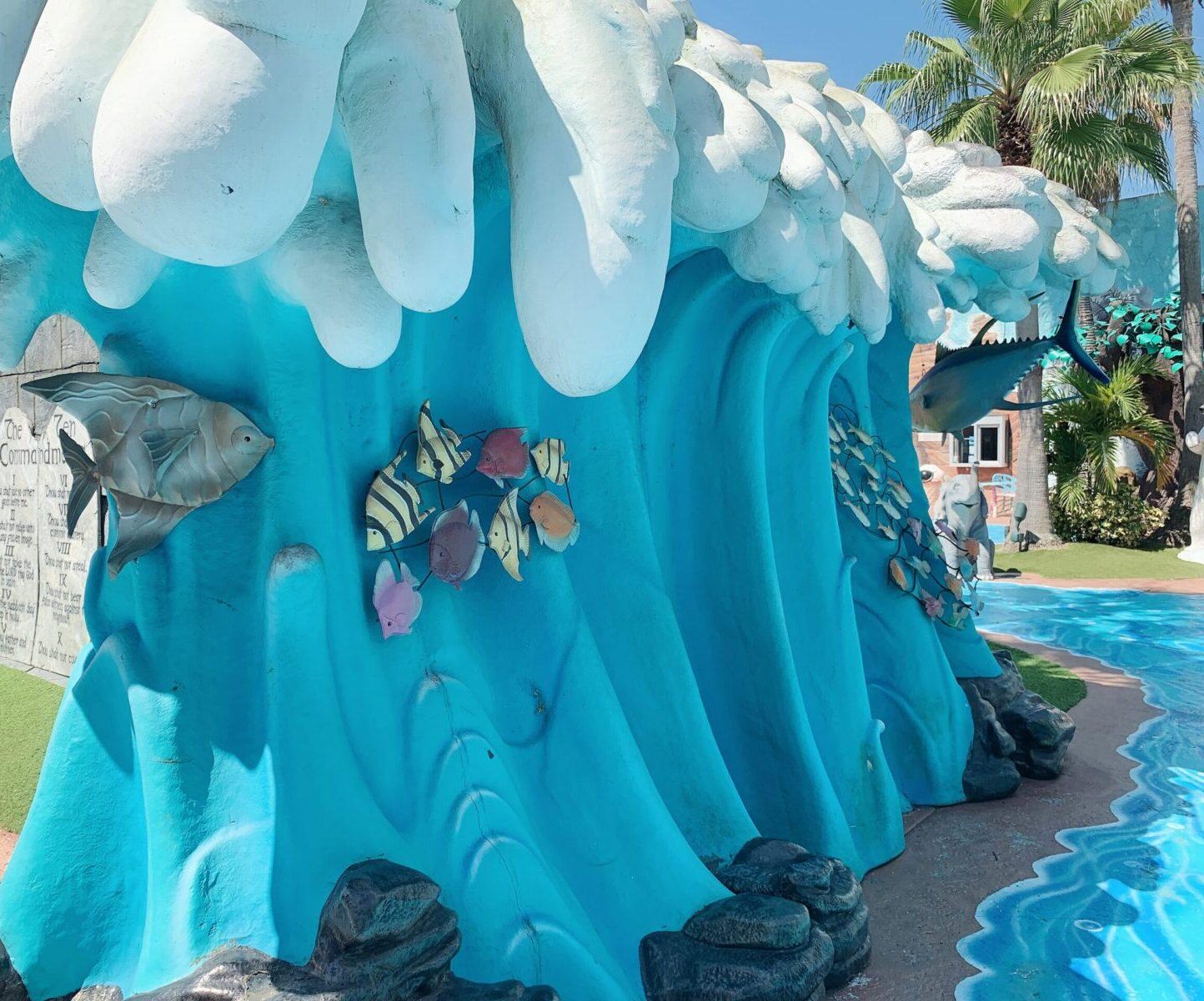 A small replica of Noah’s ark which contained some cute scenery inside and a scale model of the ark. 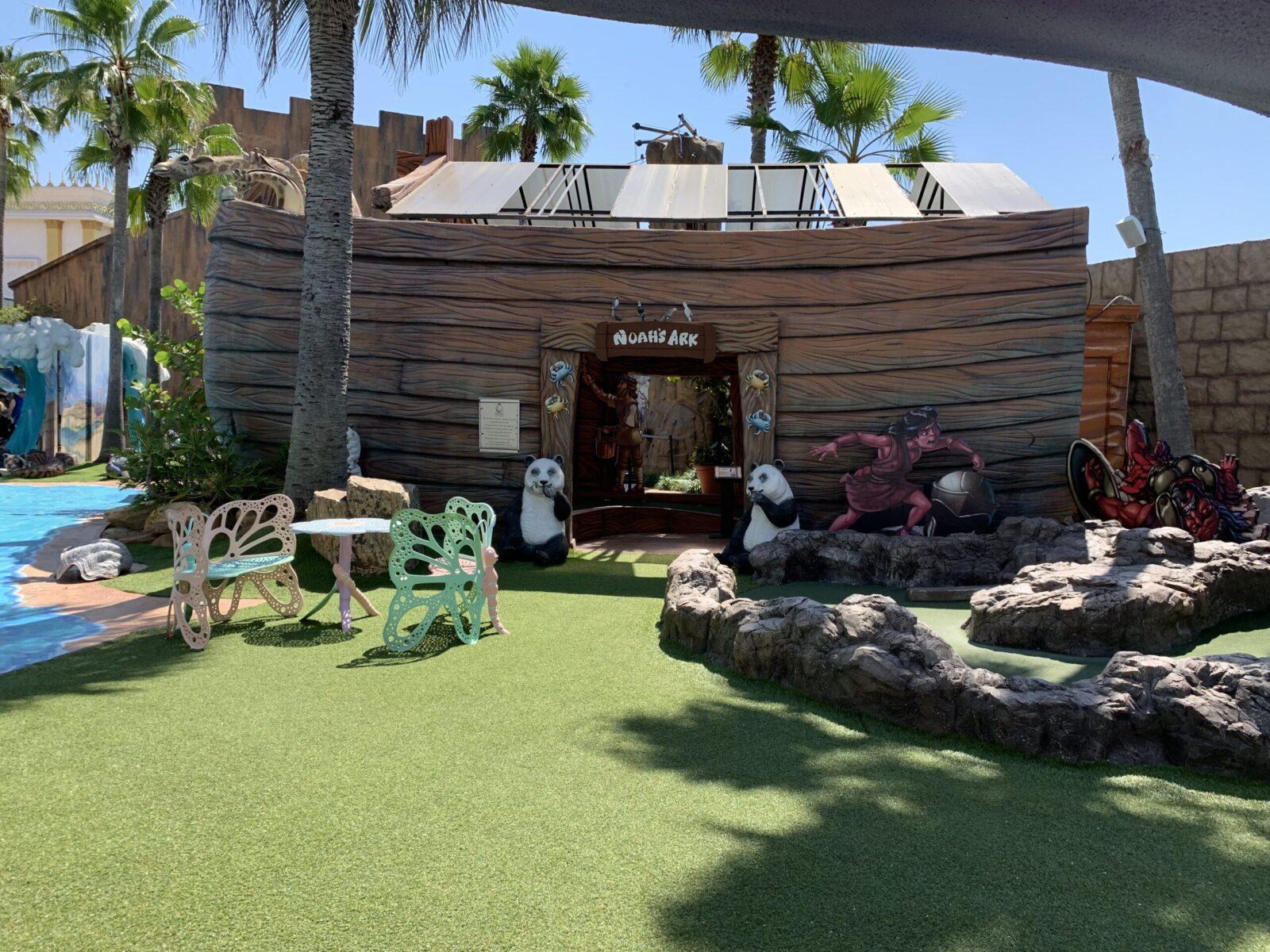 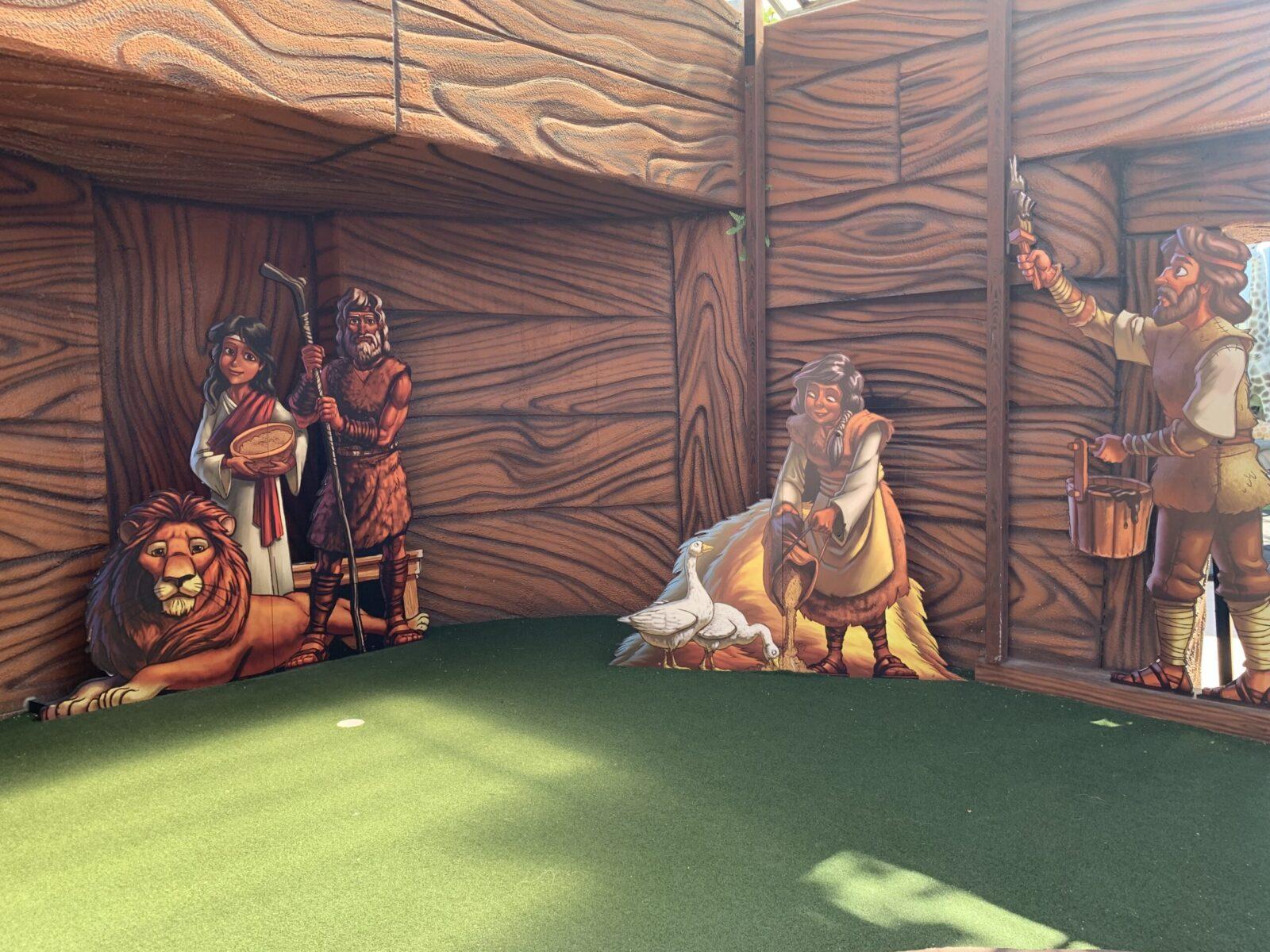 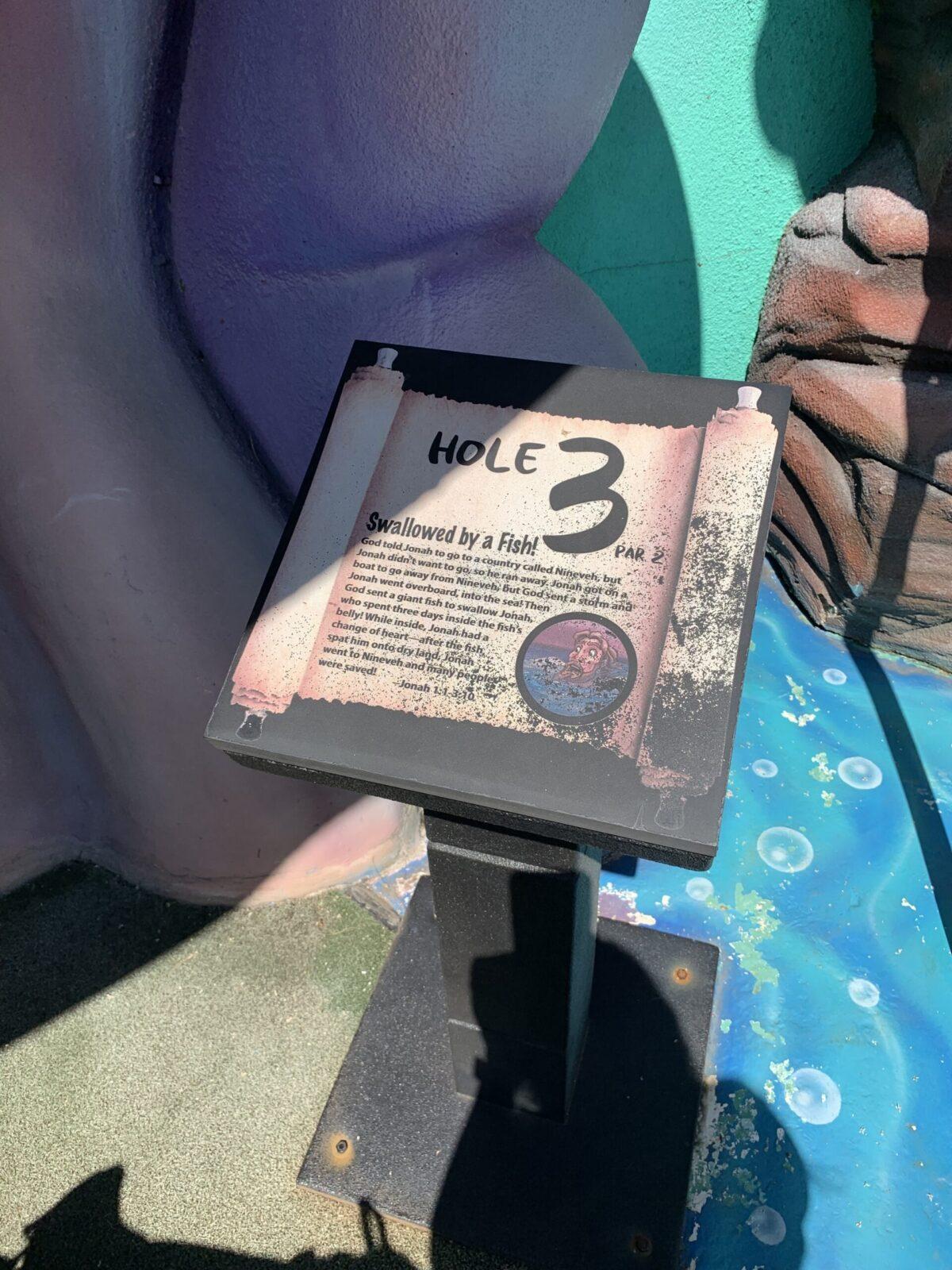 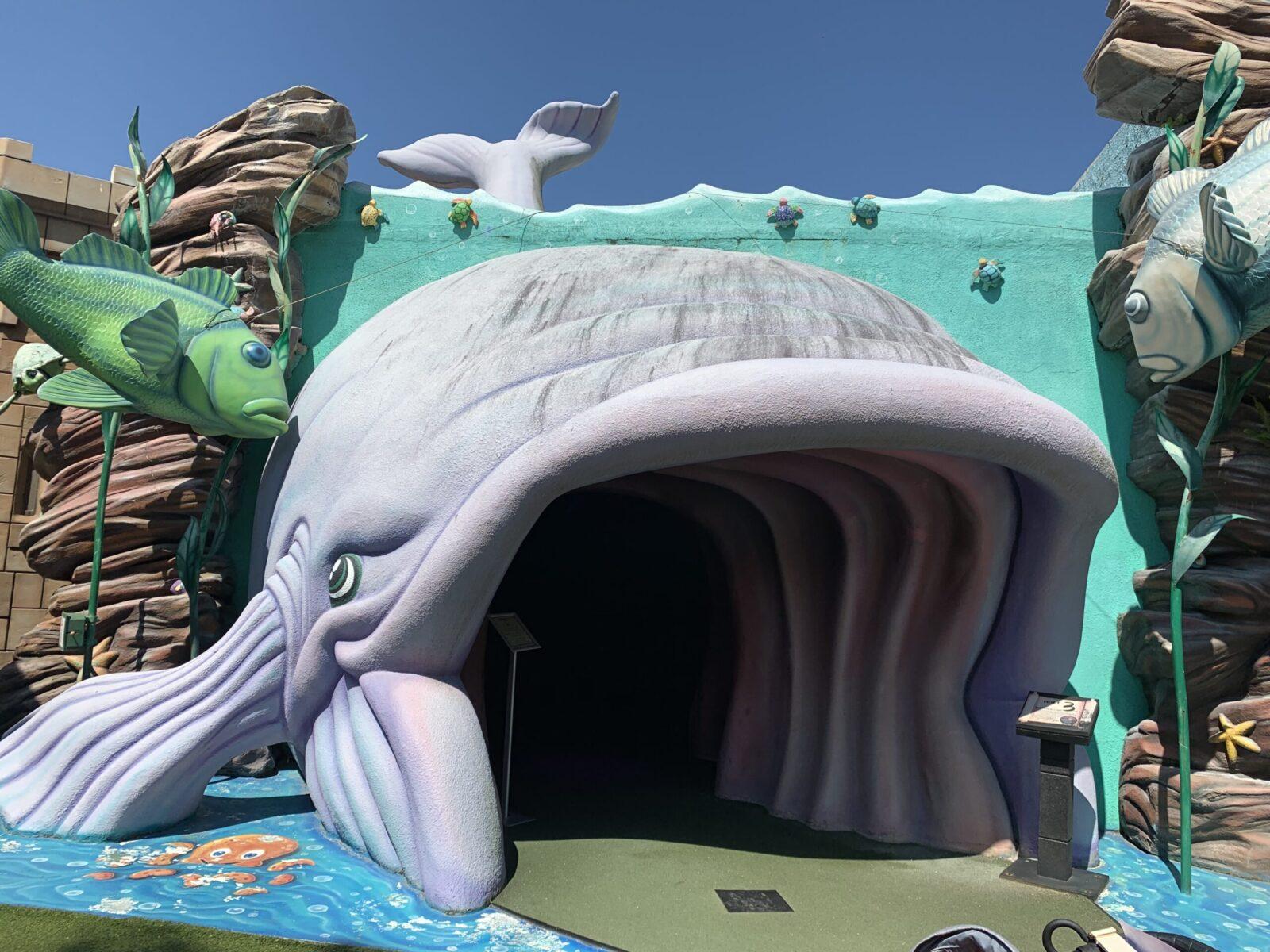 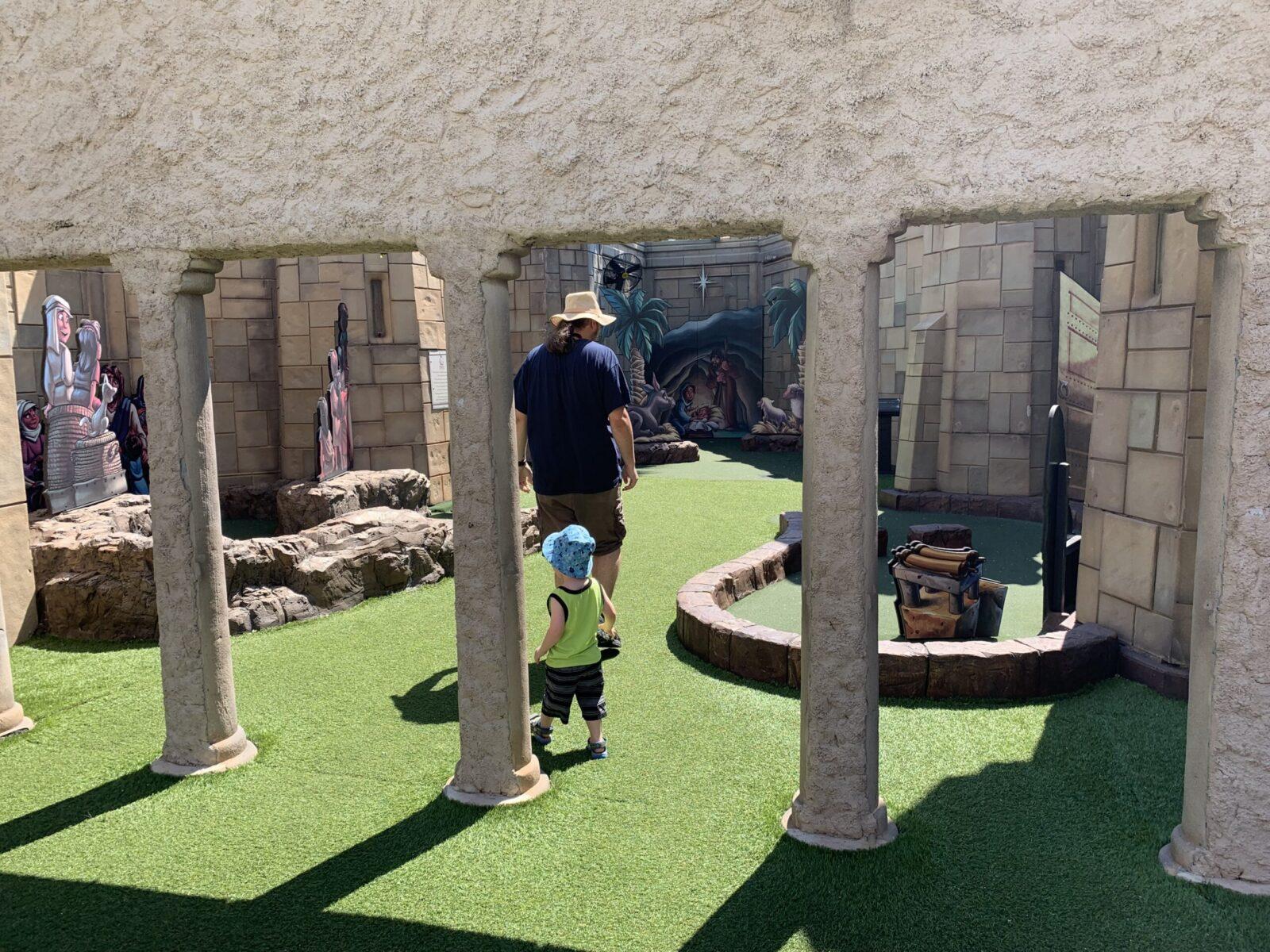 Minor amusements are also on the side that is closed, including rock climbing, a bean bag toss 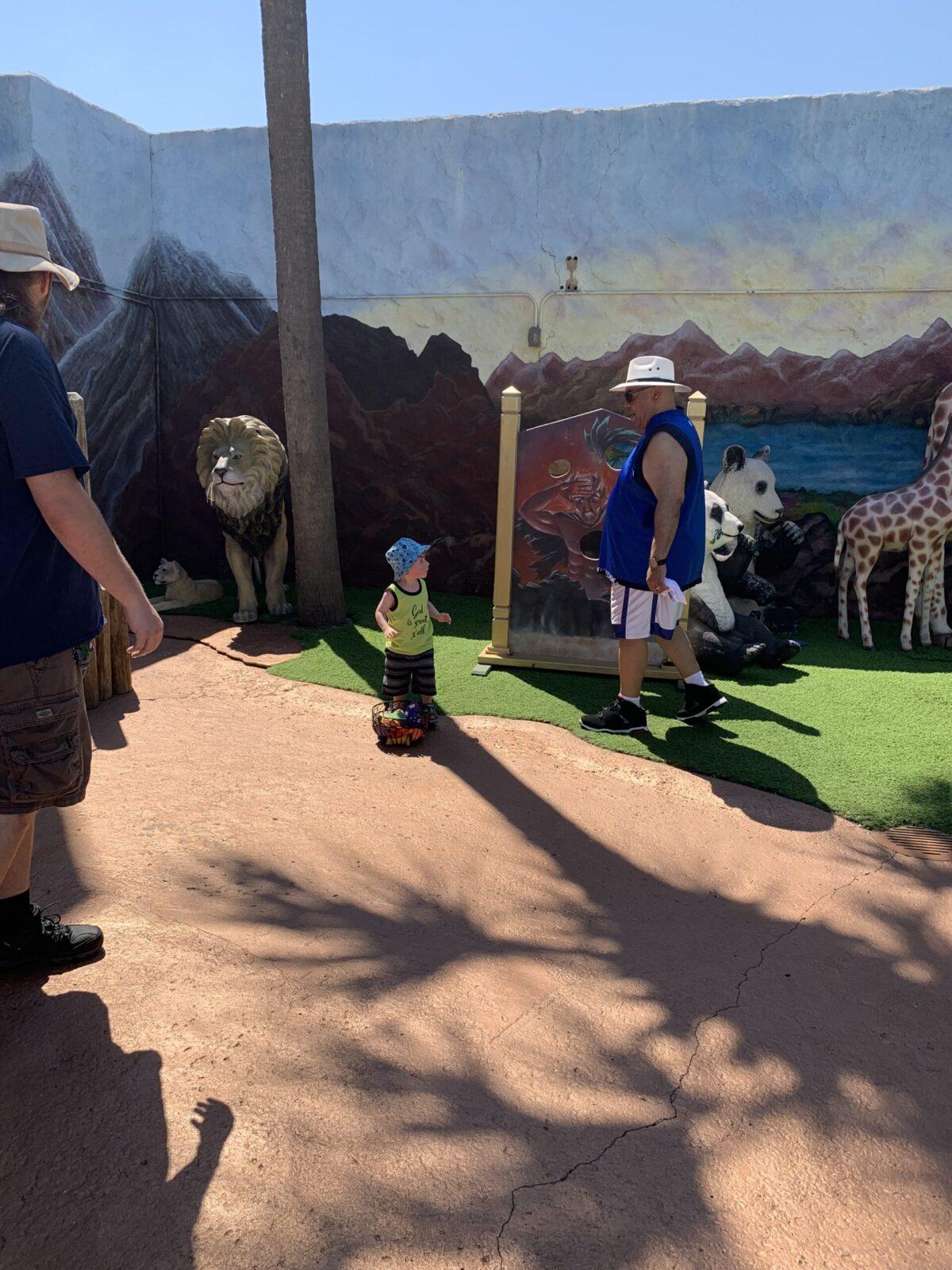 Not all is lost. The Scriptorium is one of the best parts of The Holy Land Experience. It’s full of artifacts and if you take your time and savor the journey that it takes you on – rather than just rushing through and glancing at “old things,” you will really get a lot out of it. It’s set up to take you on a journey through history. Let it guide you.

The Church of All Nations also has a lot of artifacts and the Jerusalem exhibit is also pretty cool. A Day in the Life of a Monk was one of my favorite parts.

We’re hoping some of the highlights from the “closed” side will be relocated to the other exhibits.

We aren’t sure what that other half will become. The park itself sits on 15 acres.

Hopefully, we’ll see them open again soon. In the meantime, videos for the Scriptorium are available on eBay here. 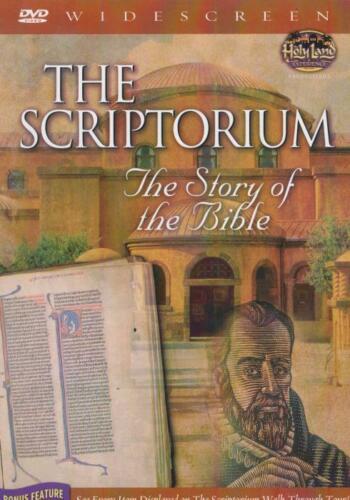 Other Travel Tips and Places to See
November 7, 2022

Visiting Kelder’s Farm in Accord, NY

Other Travel Tips and Places to See
November 1, 2022

A Day at the Holy Land Experience in Orlando, Florida

Visiting Kelder’s Farm in Accord, NY

A Day at the Holy Land Experience in Orlando, Florida