Just a quick note, the first part of the day starts here.

I had initially intended to put everything into one post, but there was just so much to show you that I had to split it up or the page would have been incredibly long. 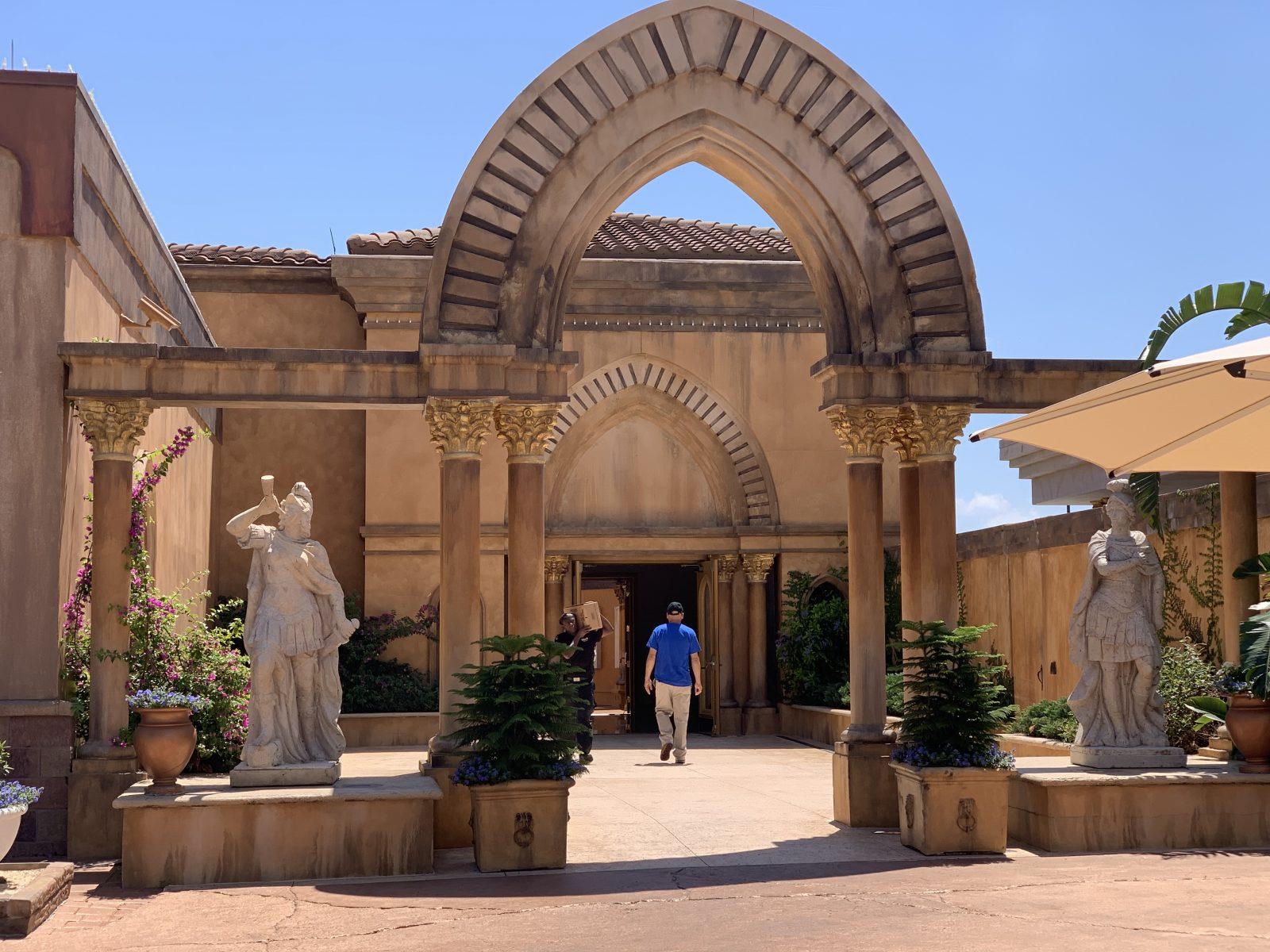 After lunch we went to a show in the Church of All Nations. The building is huge! There are, again, a lot of great photo ops and utterly beautiful scenery. 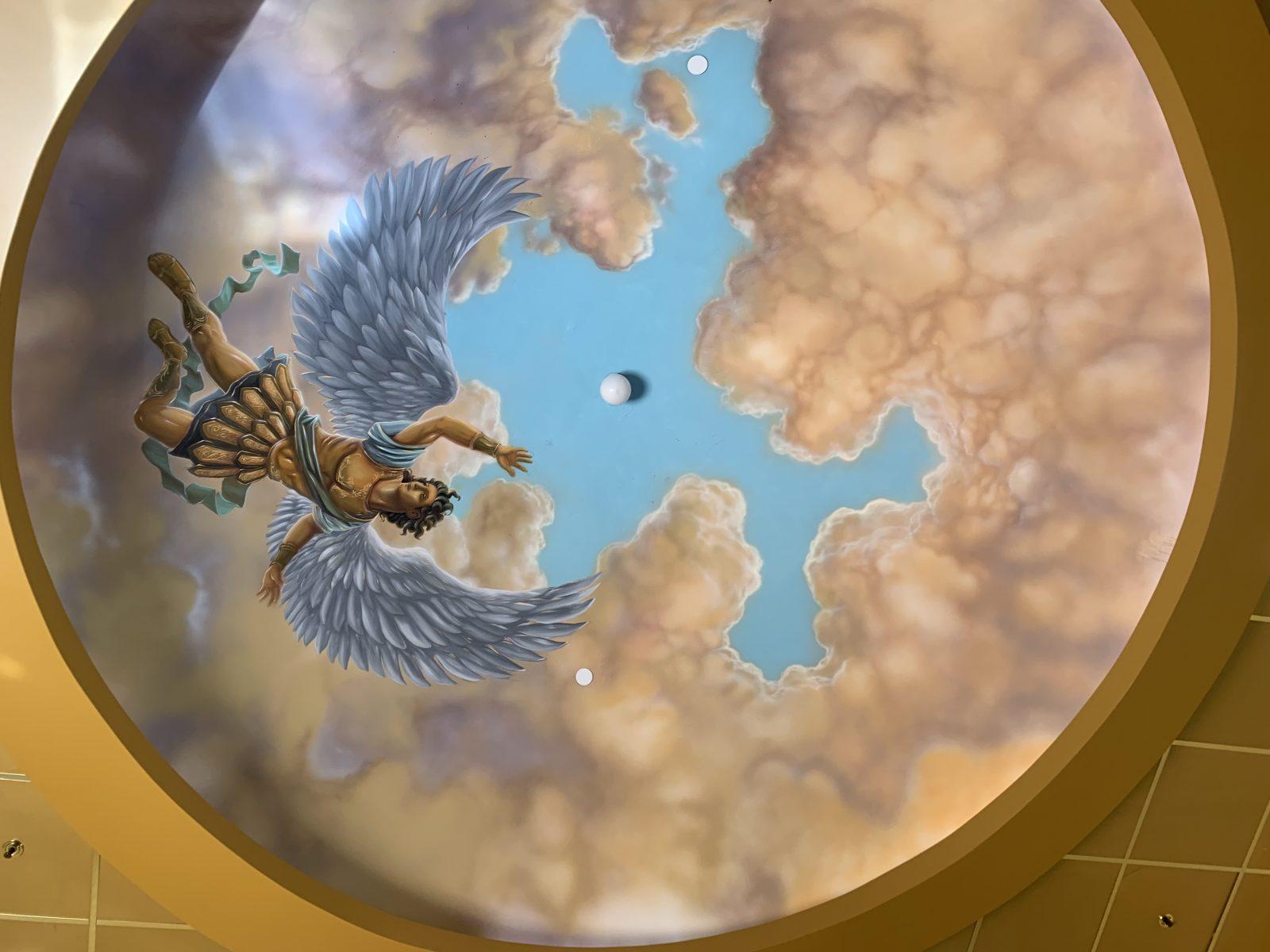 The ceiling in the entrance of Church of all Nations 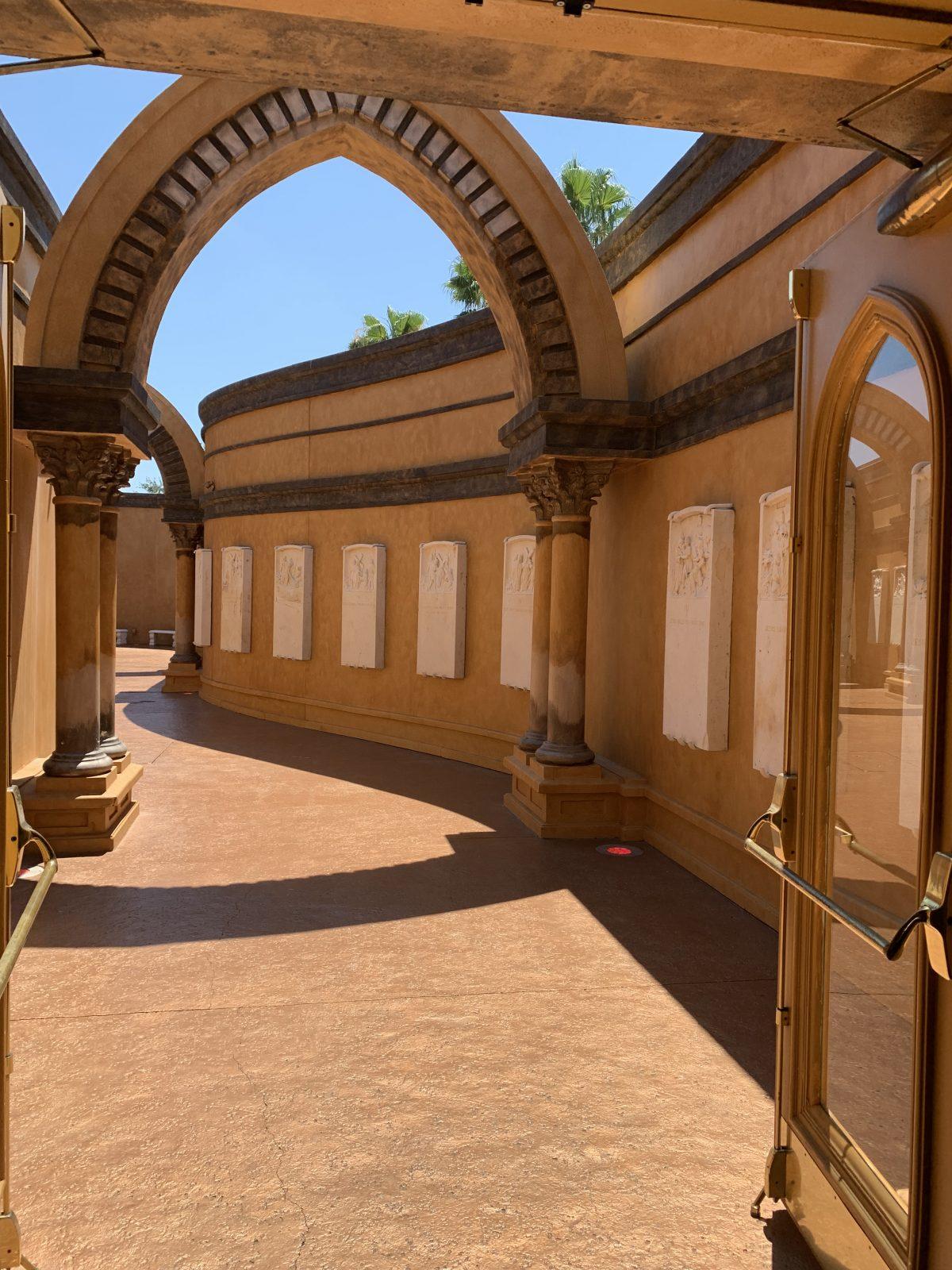 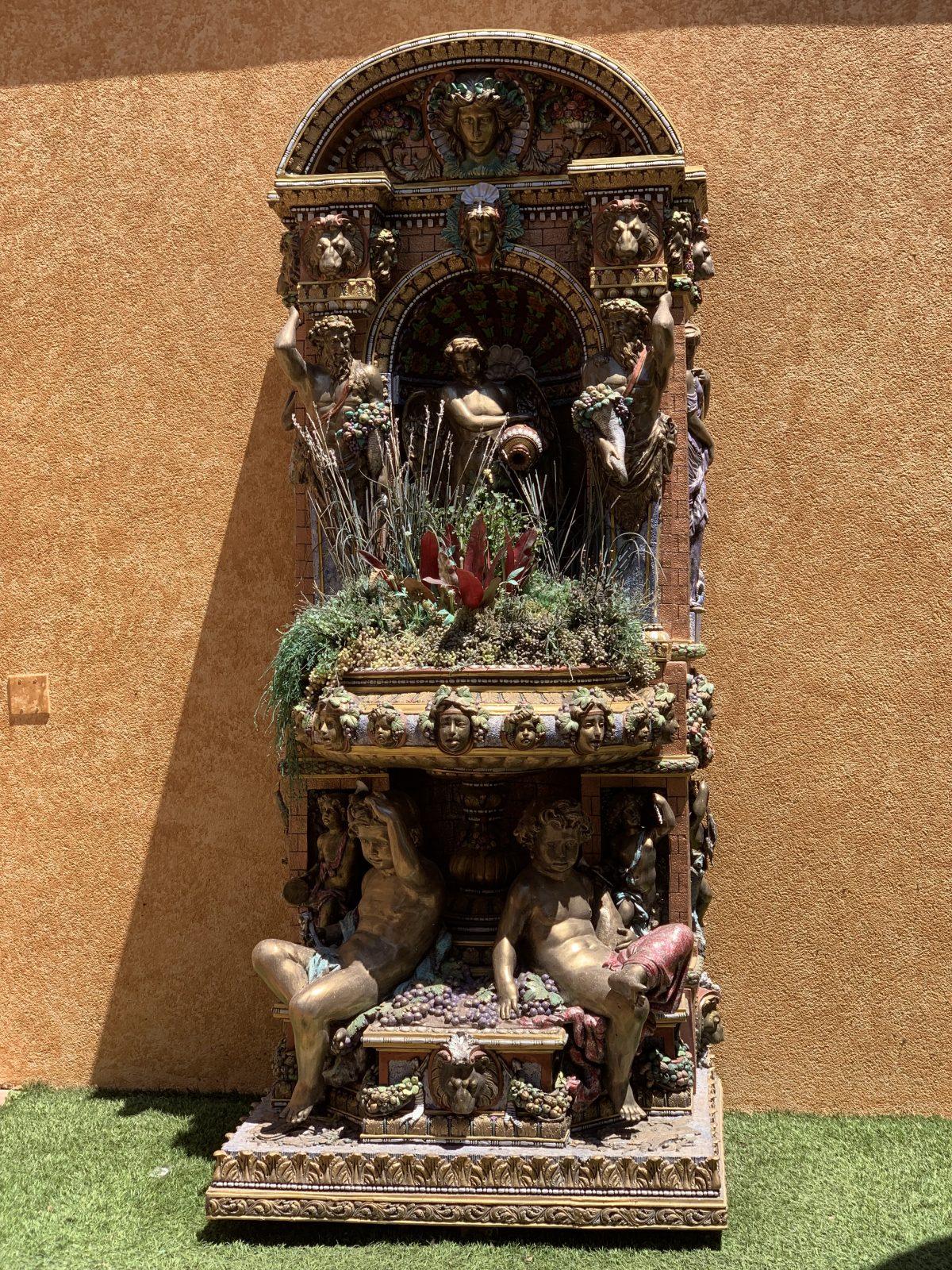 Inside the main building, there are quite a few artifacts to look at. 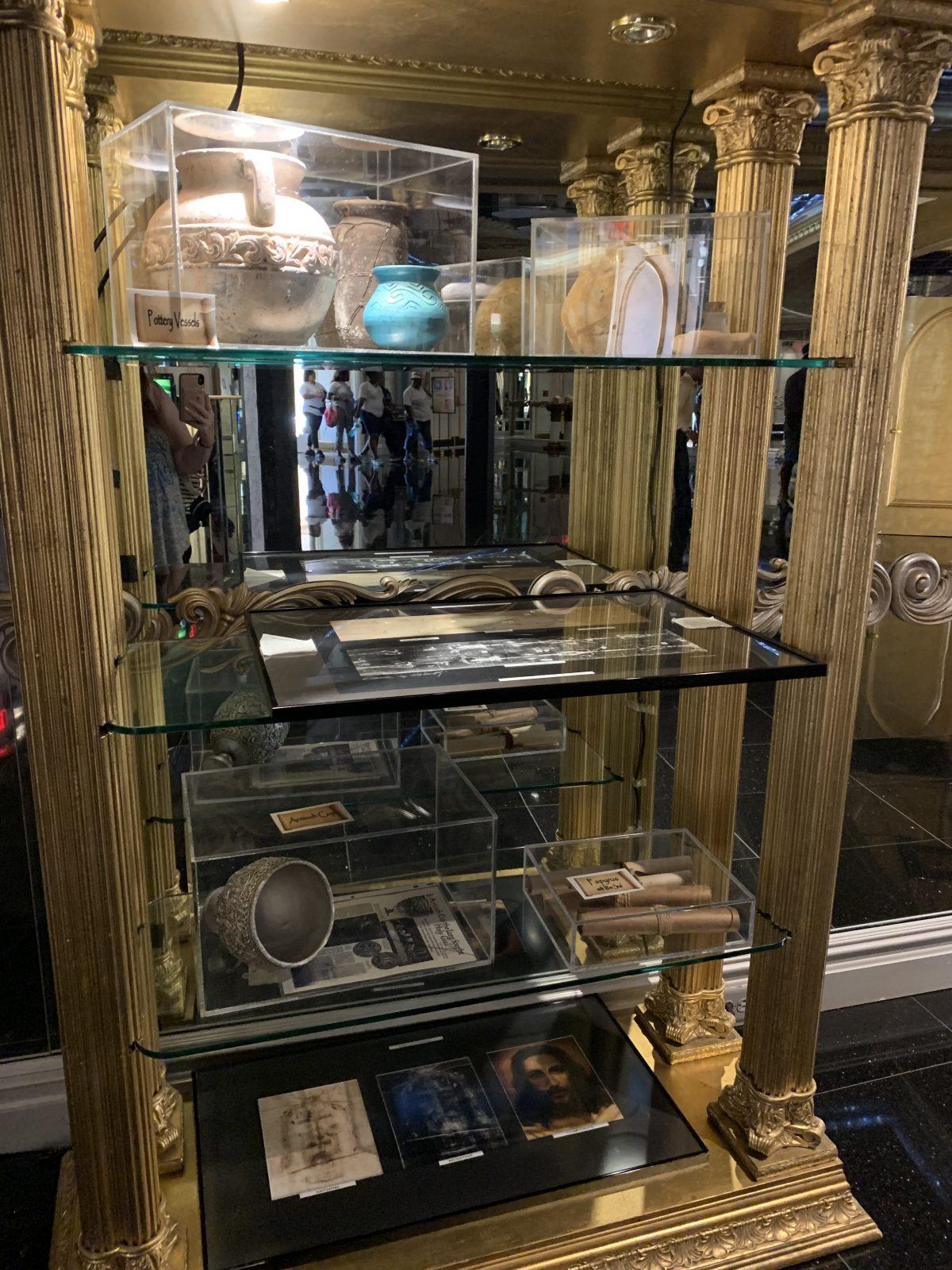 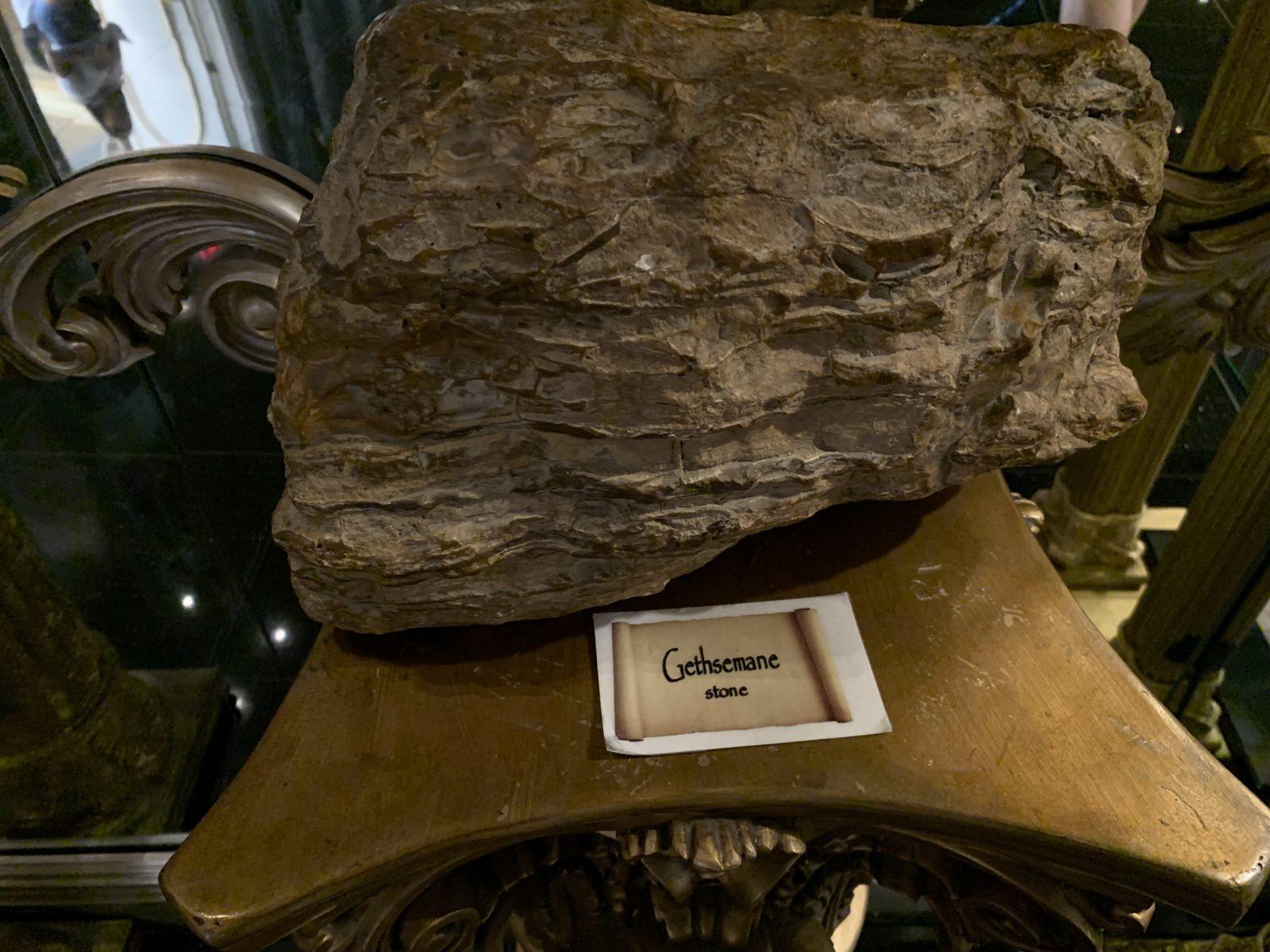 The theater was really impressive. This is the largest one in the park and it has the lengthiest shows. I had no idea what to expect with the show but found it very moving. There are several different events that take place in this theater. As I mentioned in the first part, the park is largely structured around moving from theater to theater and seeing the shows while looking at other attractions before, after, or in-between. 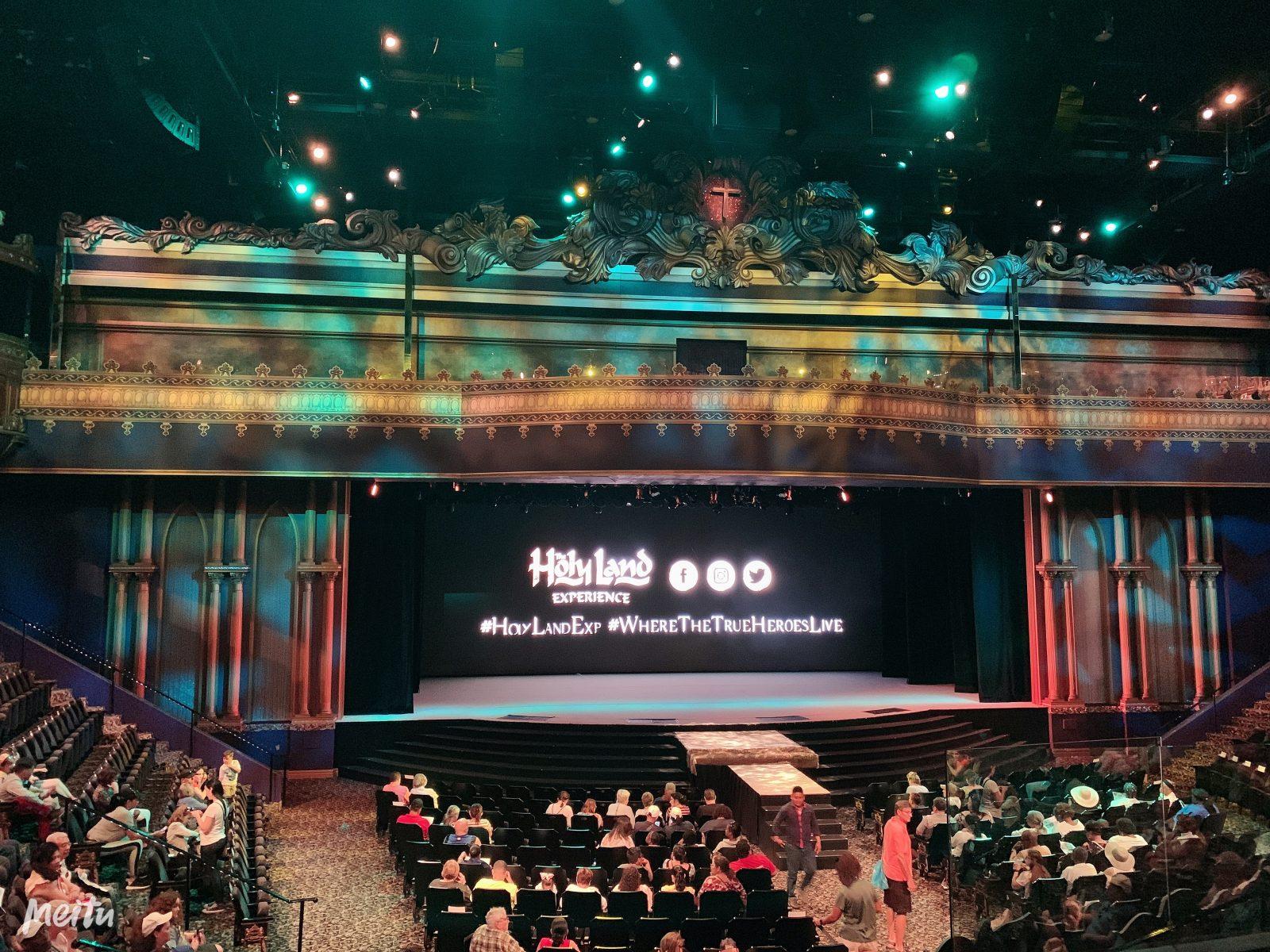 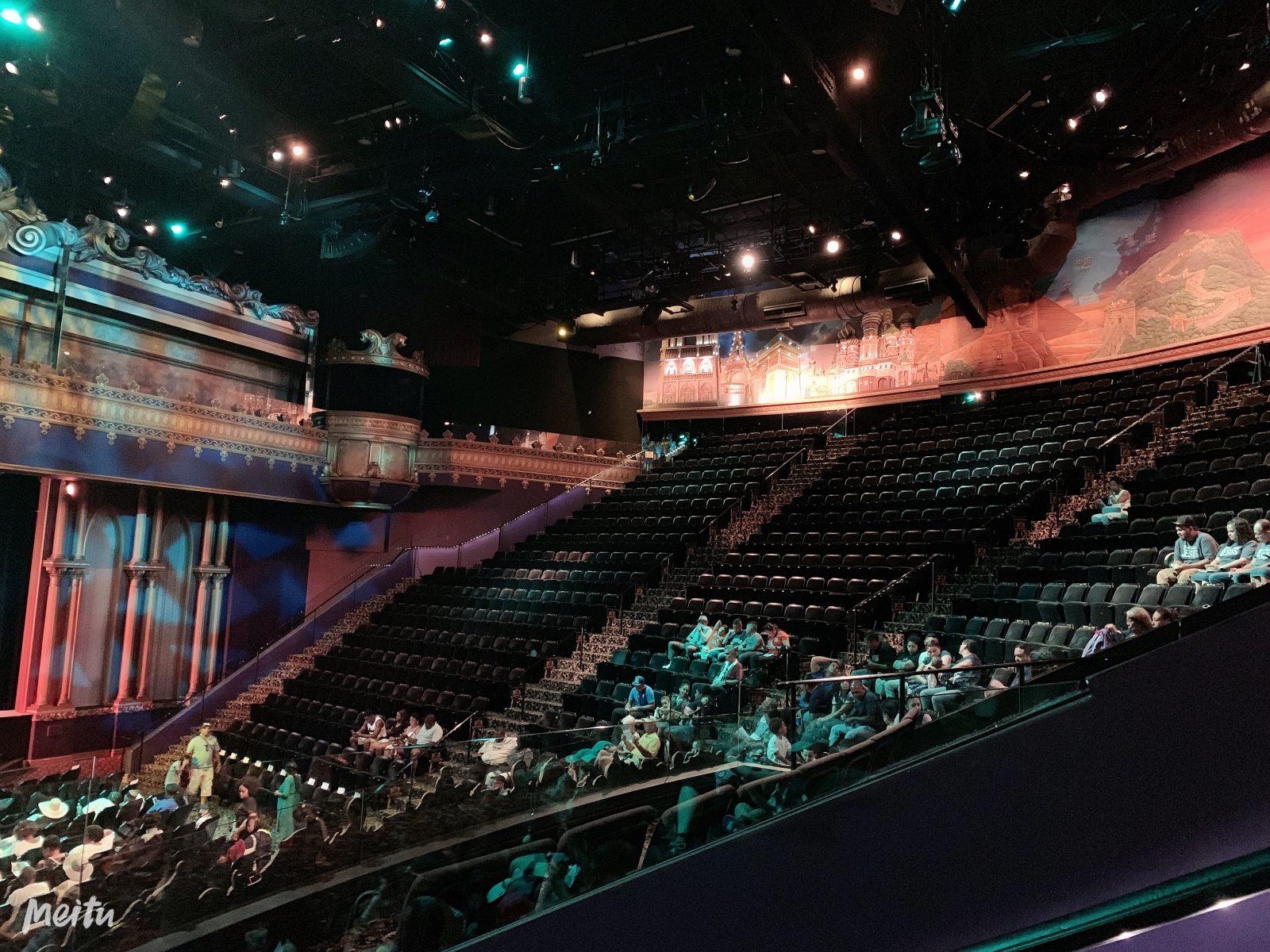 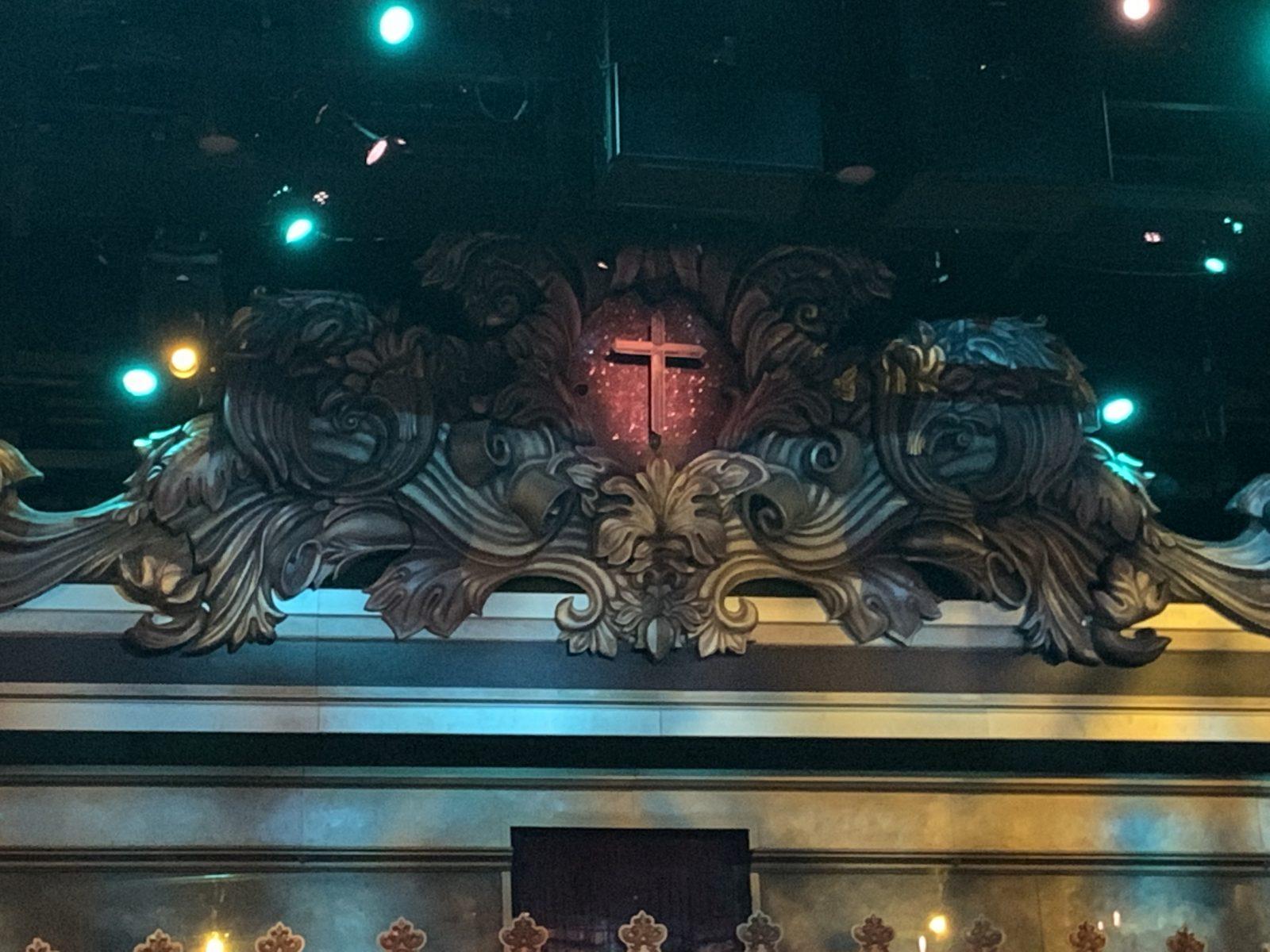 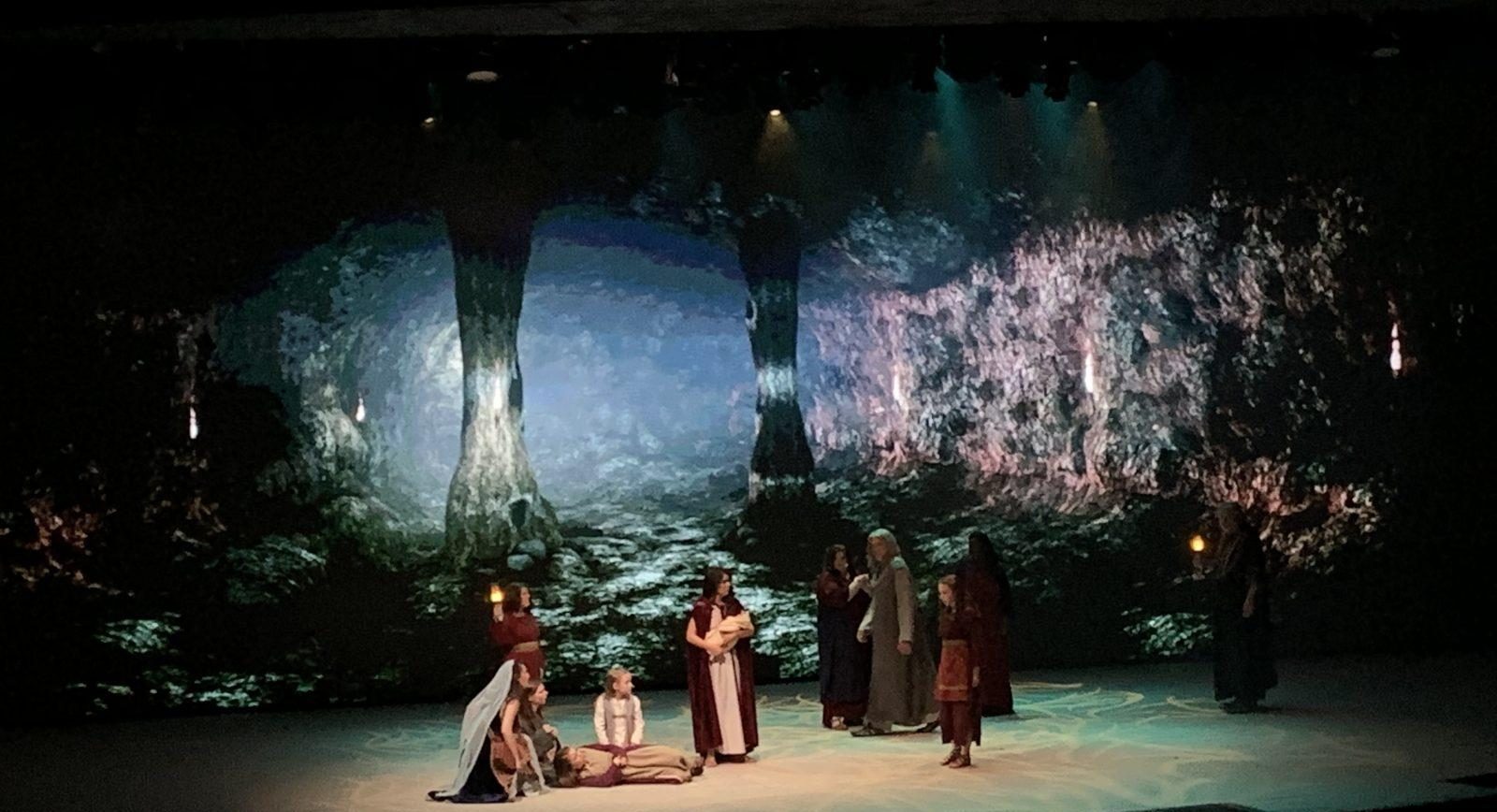 After the show, we went to Gold Frankincense and Myrrh, which has a lot of great religious items. There are gifts, tshirts, toys, Christmas items, jewelry, teaching supplies, and more. I particularly loved that they offered scented prayer oil from the Holy Land. 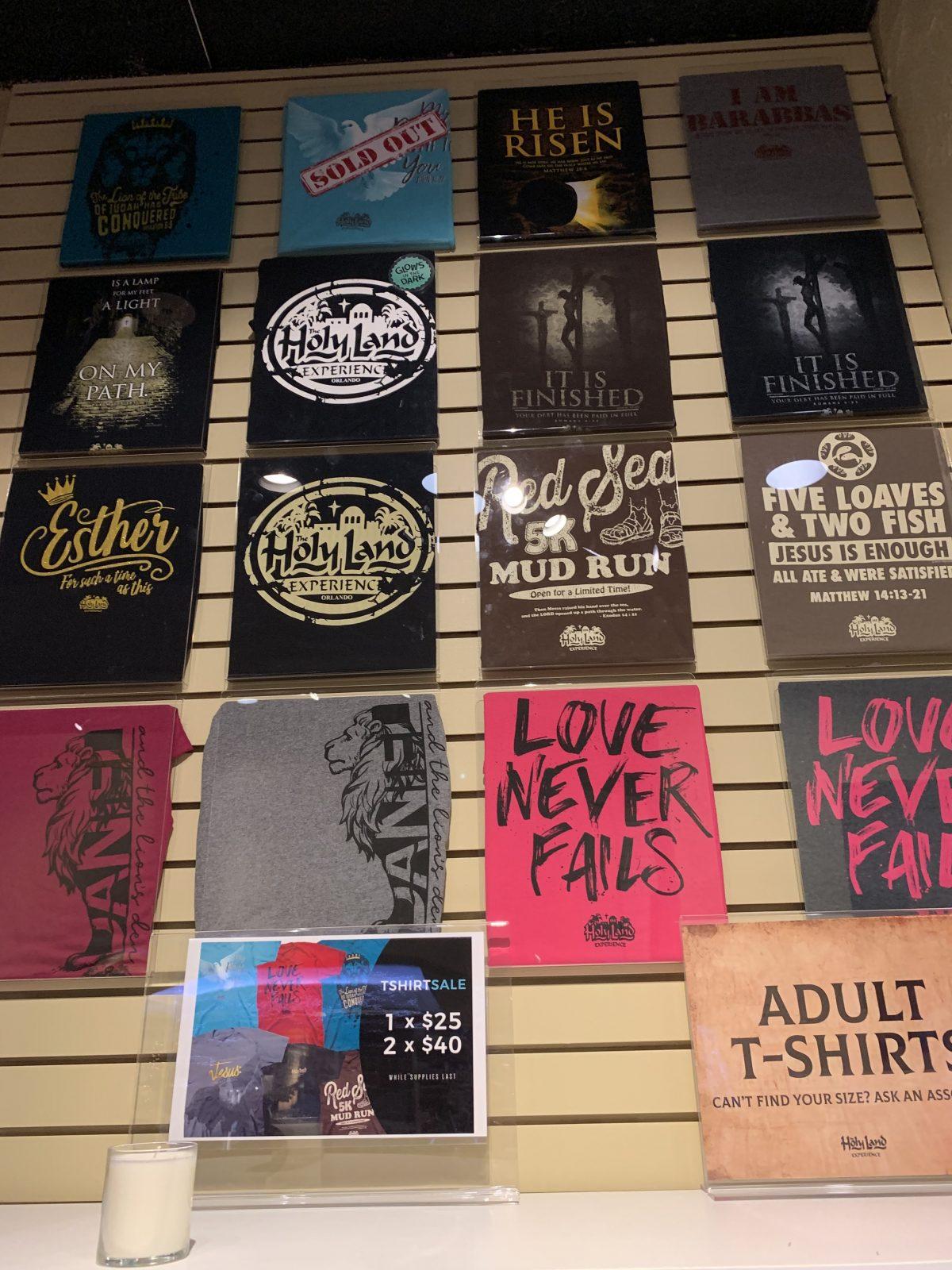 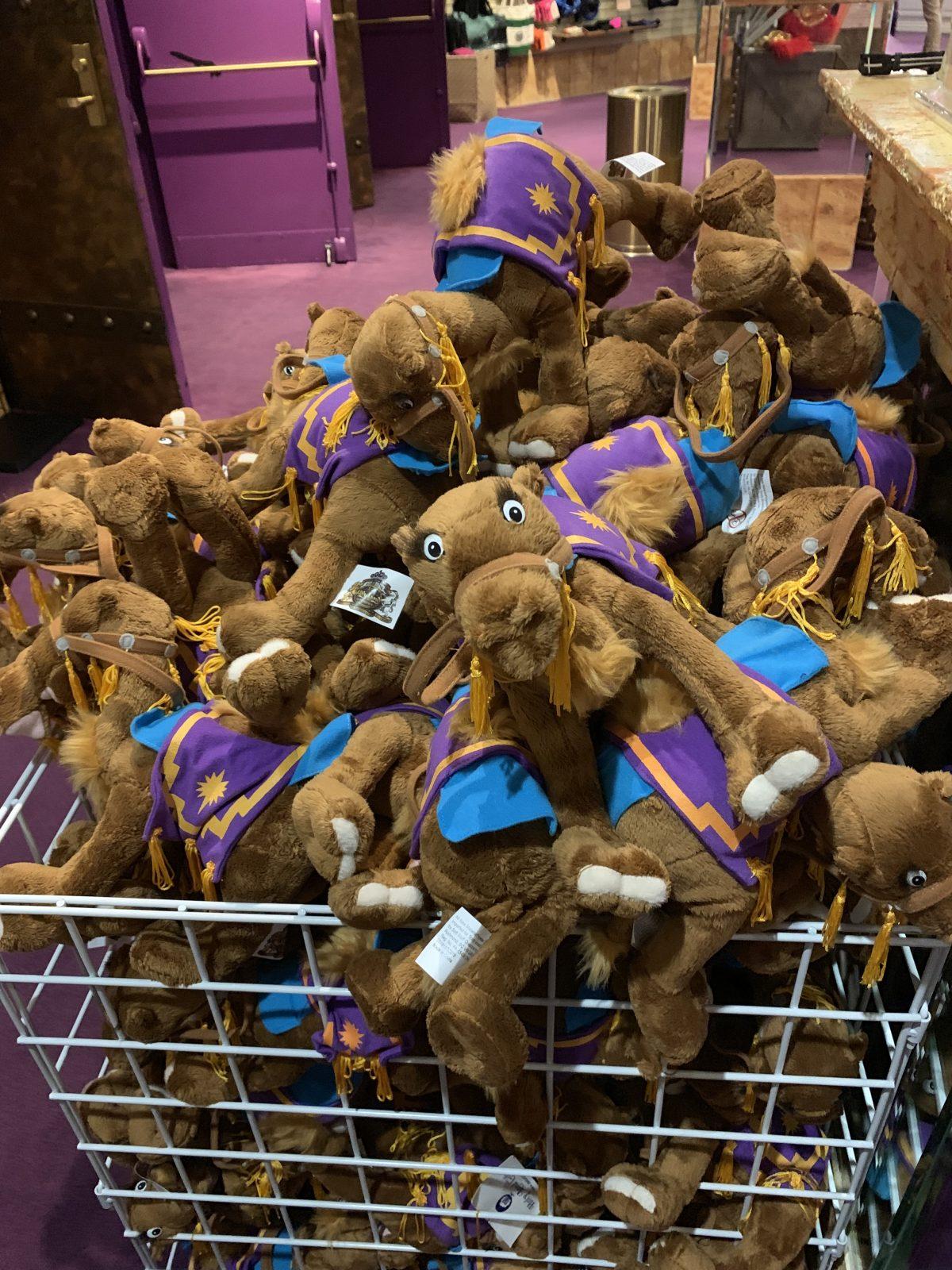 Inside this building is a scale replica of Jerusalem and “tours” of the display are given periodically throughout the day. The display is enormous and full of detail. There is even a spot that will take your photo in front of the display for free. 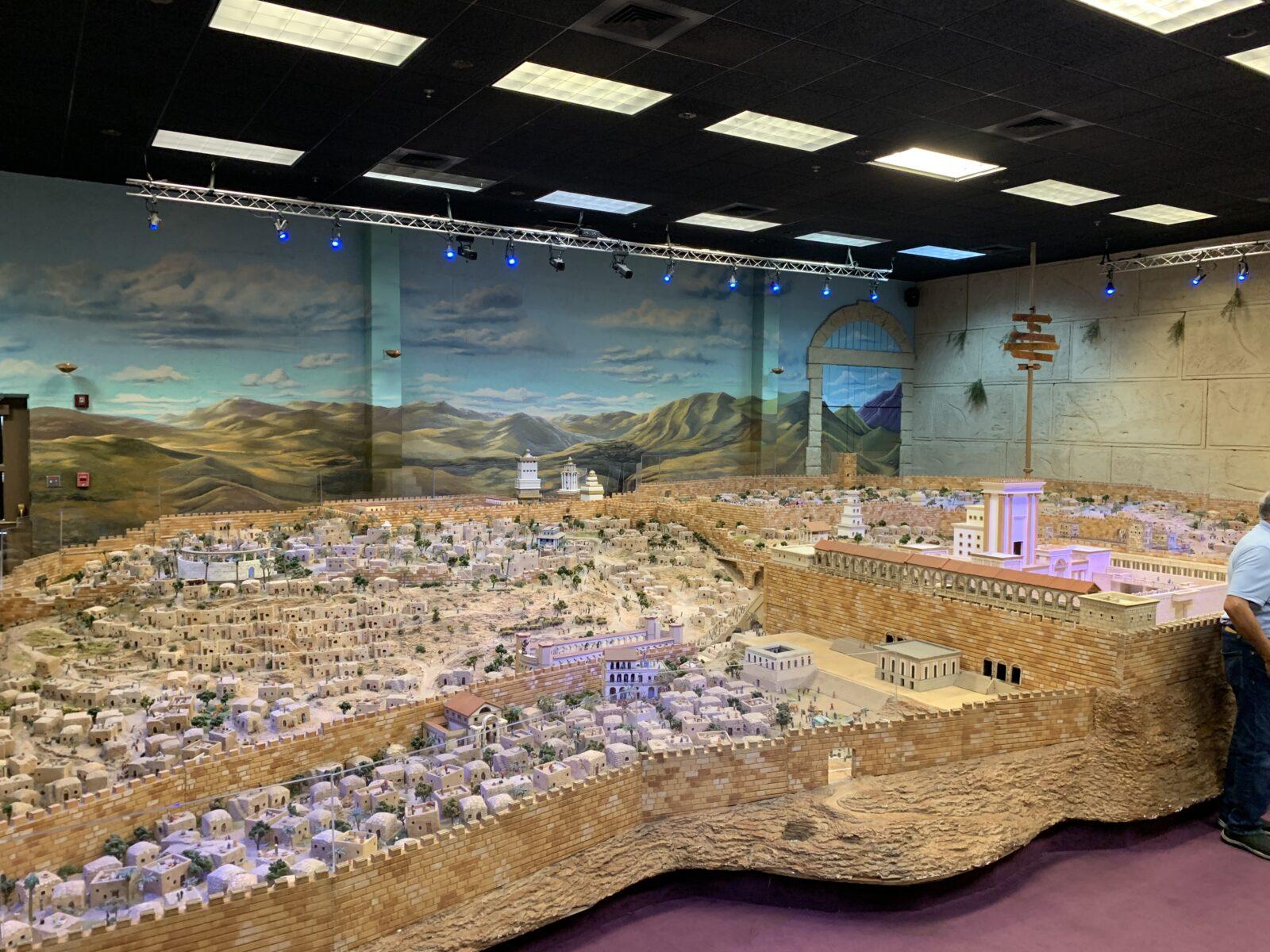 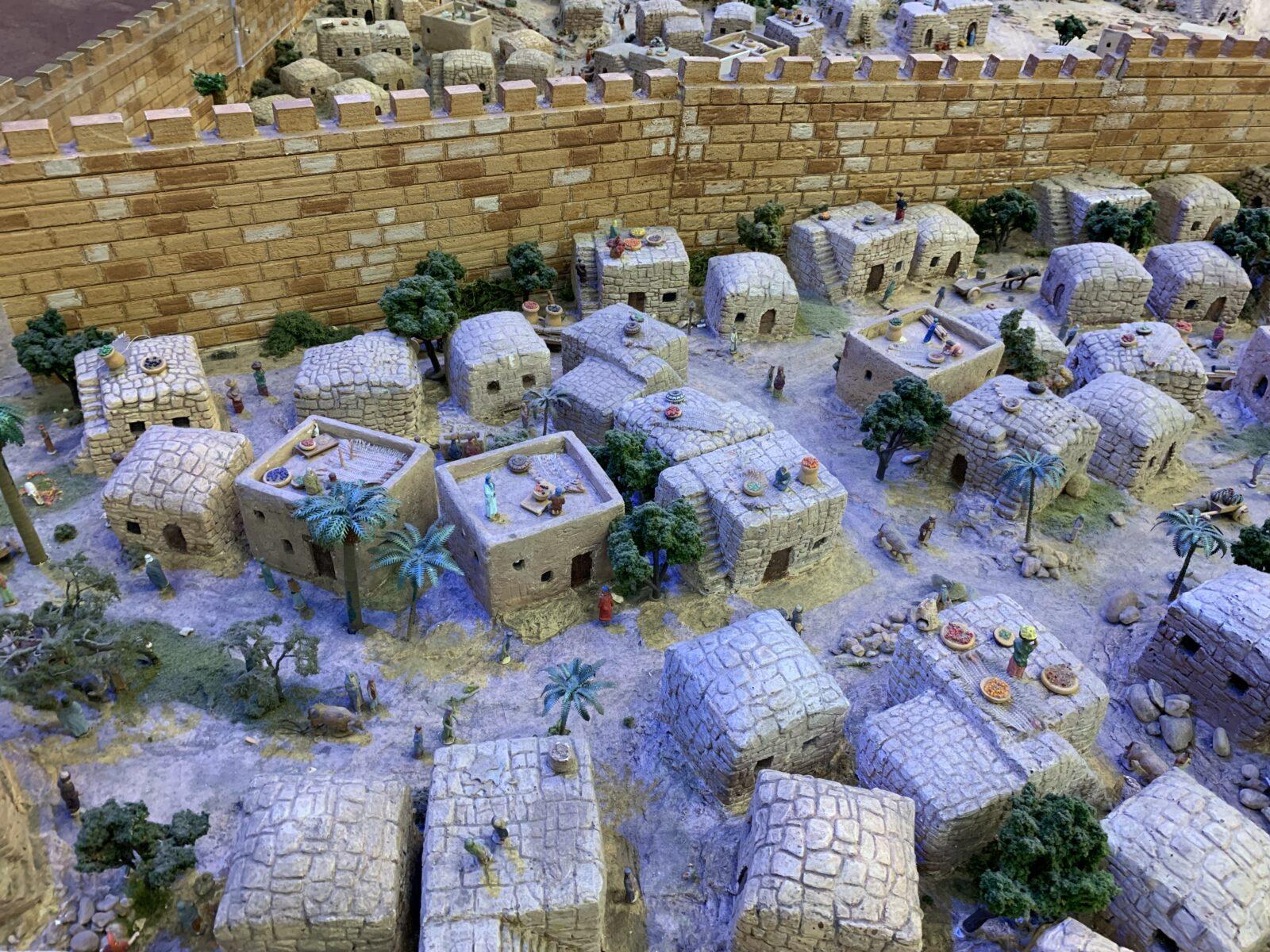 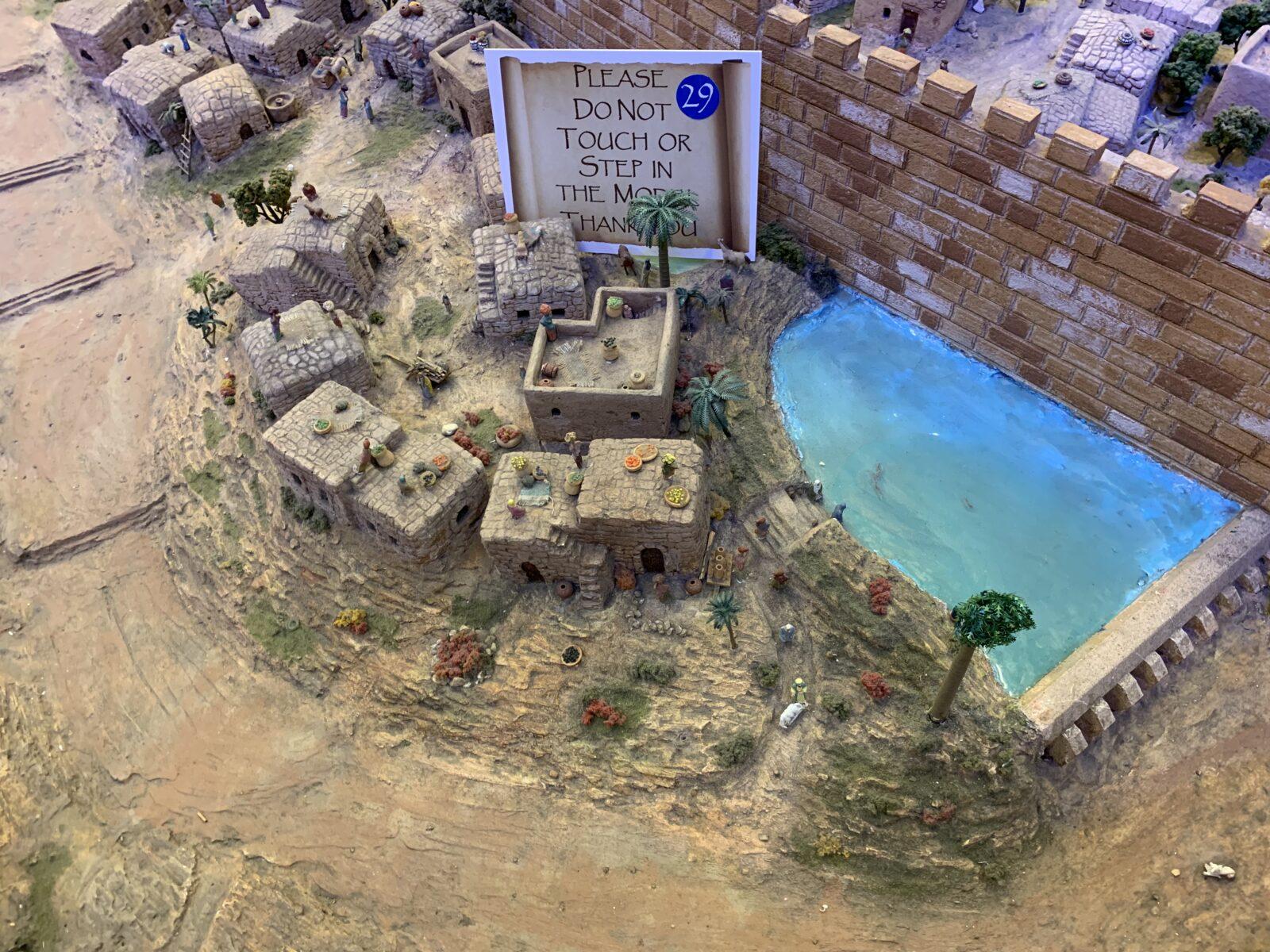 We wandered more of the beautiful grounds. There’s a prayer request cross. 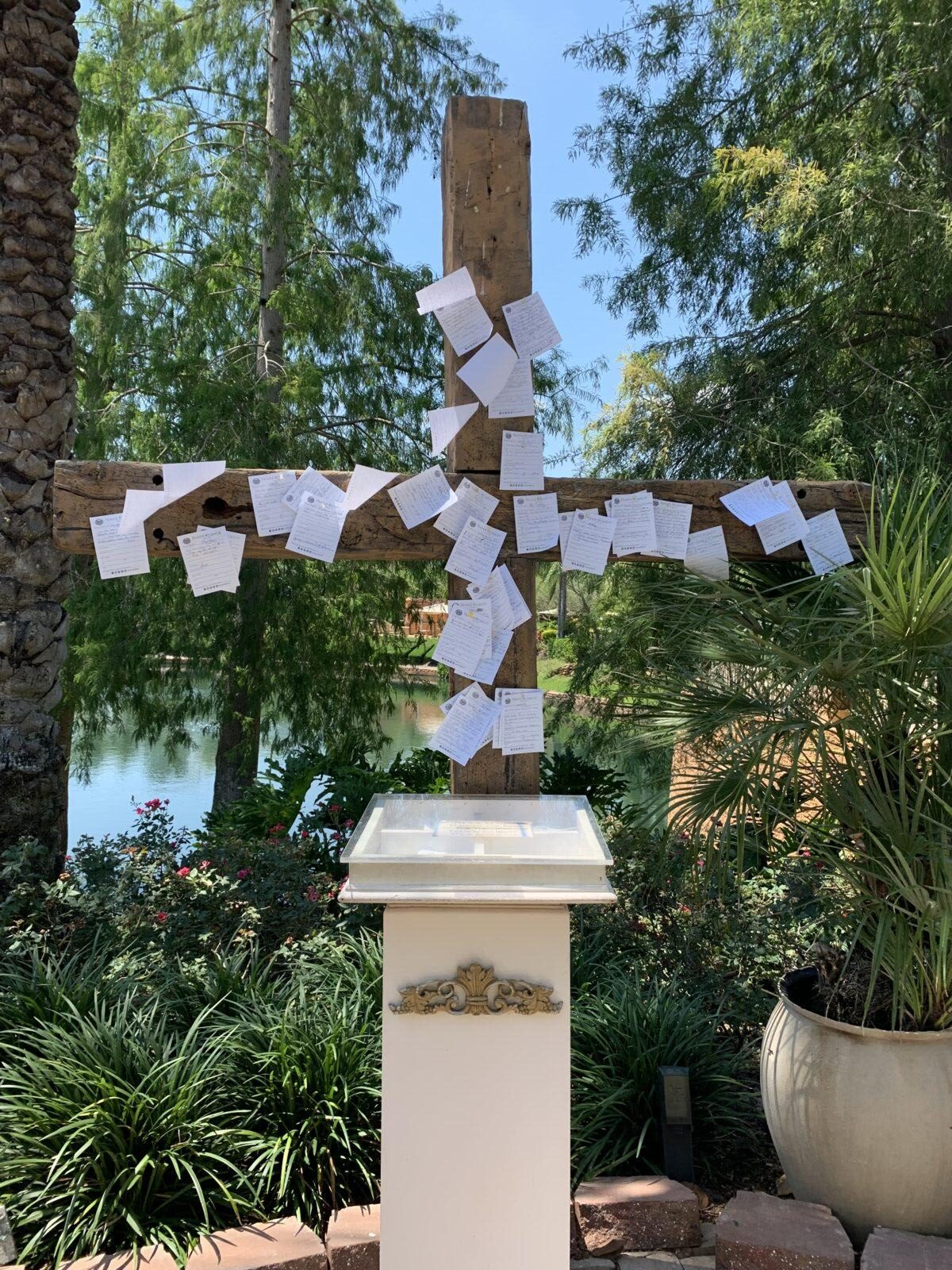 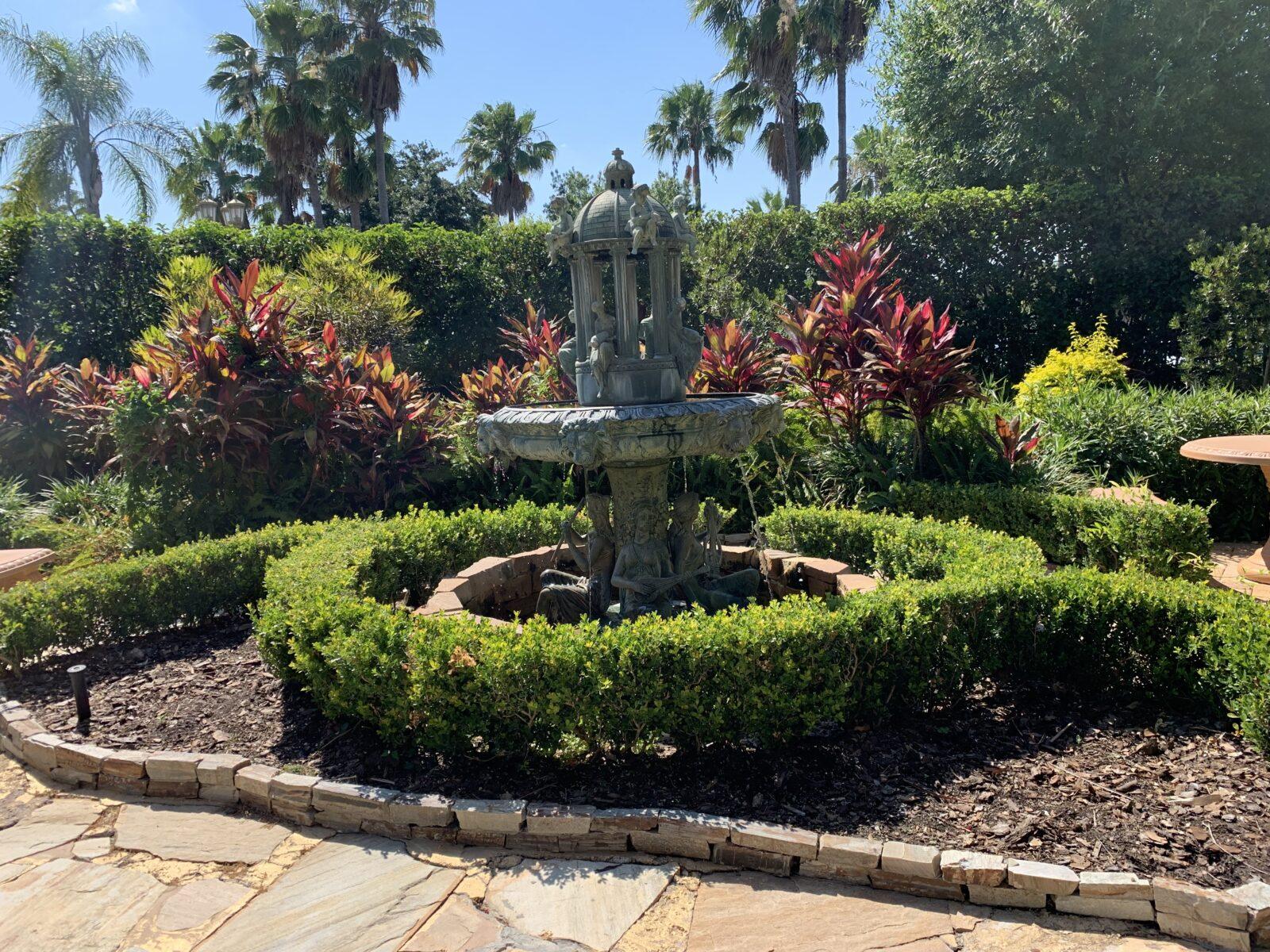 Finally, we went to the Scriptorium and it was amazing.

I recommend the self-guided tour, but don’t make the mistake that the people behind us did, who pretty much just ran through the exhibits with a quick glance, passing our party and completing the whole thing without actually listening to what the virtual guide was saying. You’ll miss out on a tremendous amount of detail and information if you do that. It sort of defeats the purpose of the tour because much of what you’re looking at won’t make a lot of sense, plus you’ll miss a lot of neat special effects. 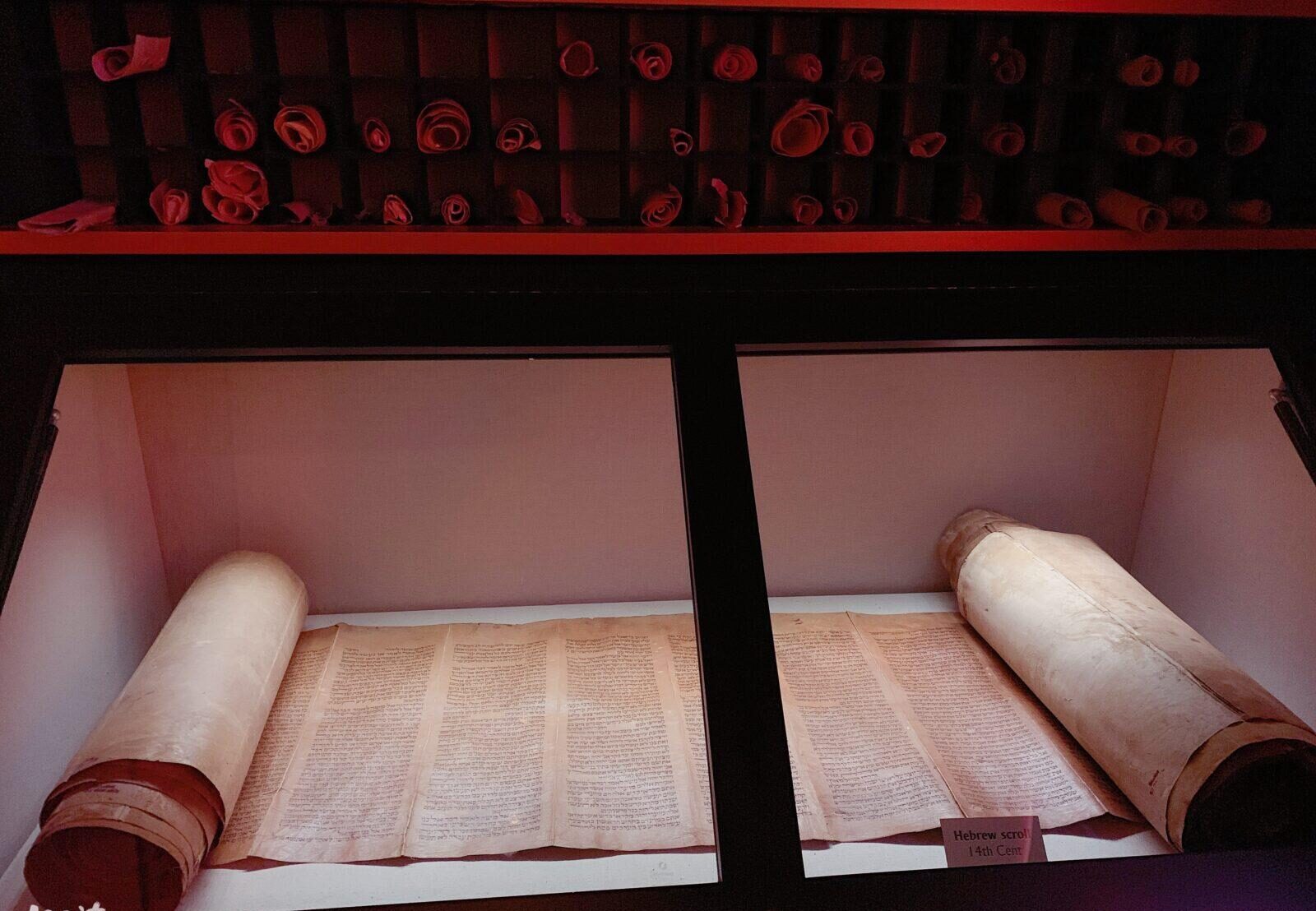 The self-guided tour actually “plays” as you walk through the Scriptorium. A virtual host starts out explaining what’s in the cases before you, which at first seems to be a typical museum type layout. But, don’t make the mistake of rushing or you’ll miss a great deal. Be patient and the guide will dim the display you are in and light up the doorway to the next part of the exhibit when it’s time to move on. You’ll then step through a door and the next part will start to play.

I realized that we weren’t supposed to take pictures of the artifacts after I’d taken this one. They ask that you don’t because flashes and other exposure can damage them. At the end of the tour, you’ll exit through a store where you can buy books and a complete video of the tour. 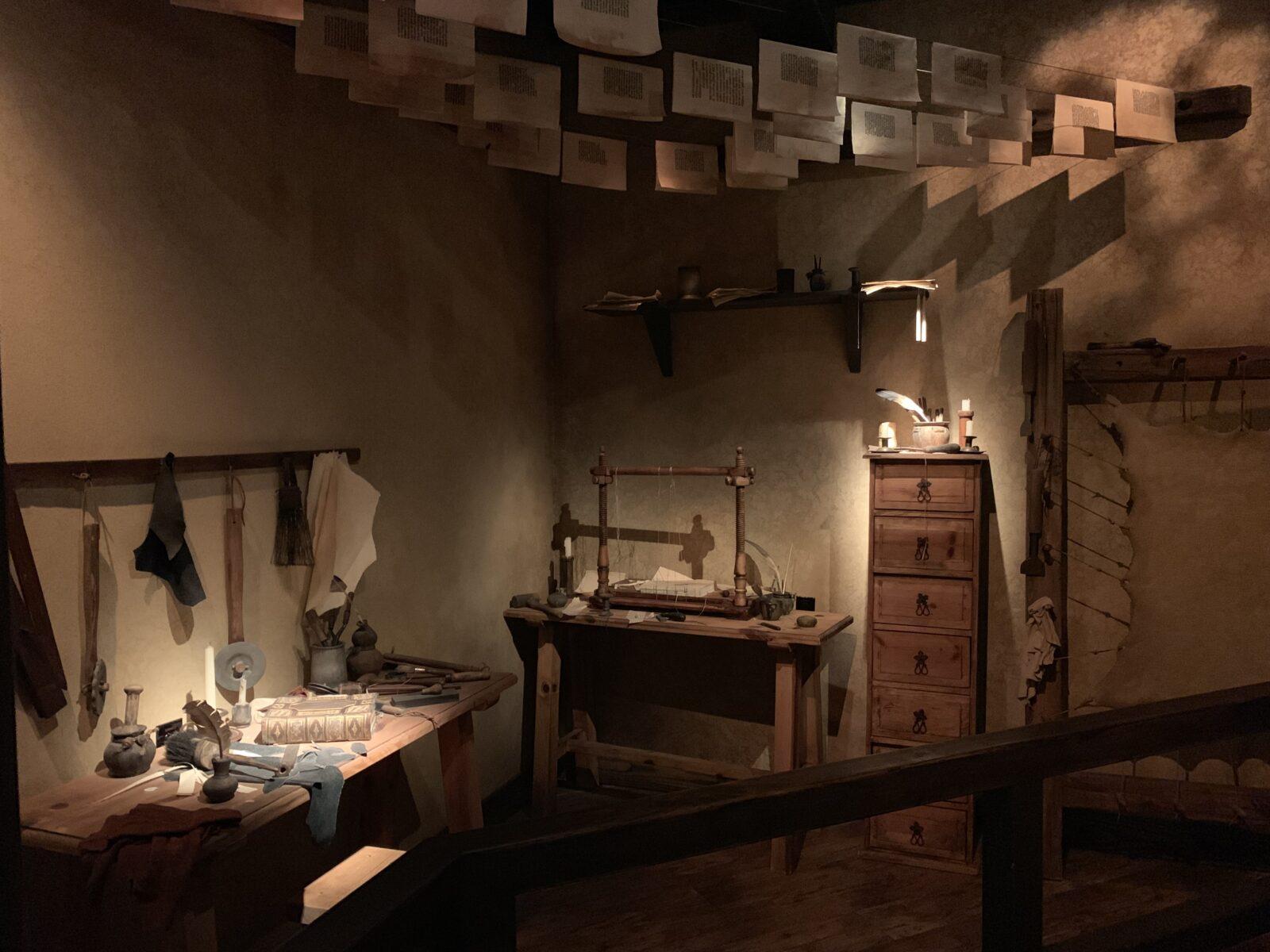 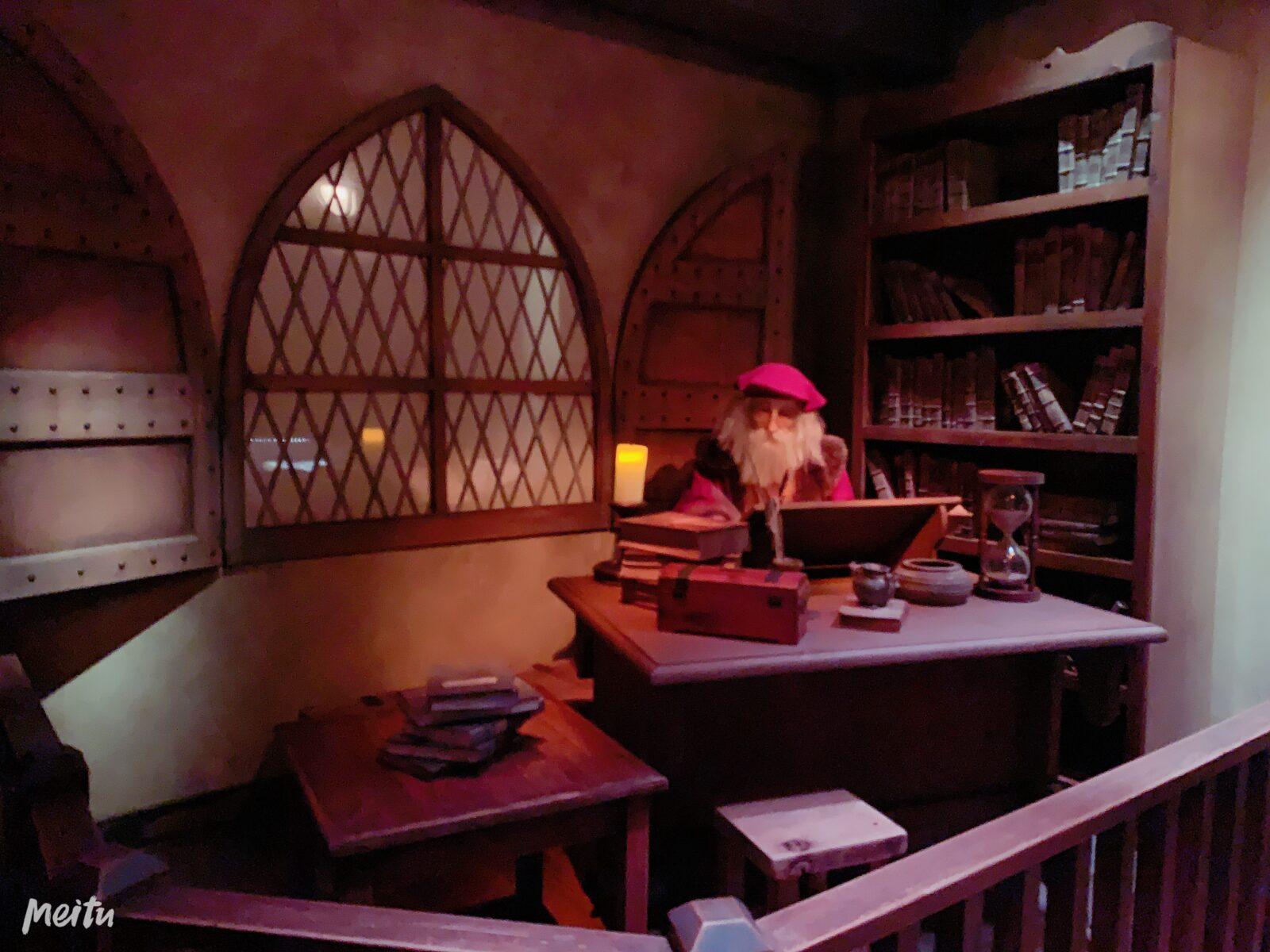 Throughout the tour there are animatronics and lifelike displays and the building and structure keeps the theme flowing throughout. I.e. the medieval era rooms look like medieval rooms, etc. Your virtual host explains the Bible’s journey through history and how many even lost their lives to preserve it and make it so everyone would have access to the Word of God. The animatronics and other items in the room interact with the virtual host, thus heightening the experience.

At the end you find the store and an interactive display of the Life of a Monk. It was really neat and even had a spot where you could do your own scripture “rub” with paper and a piece of wax. 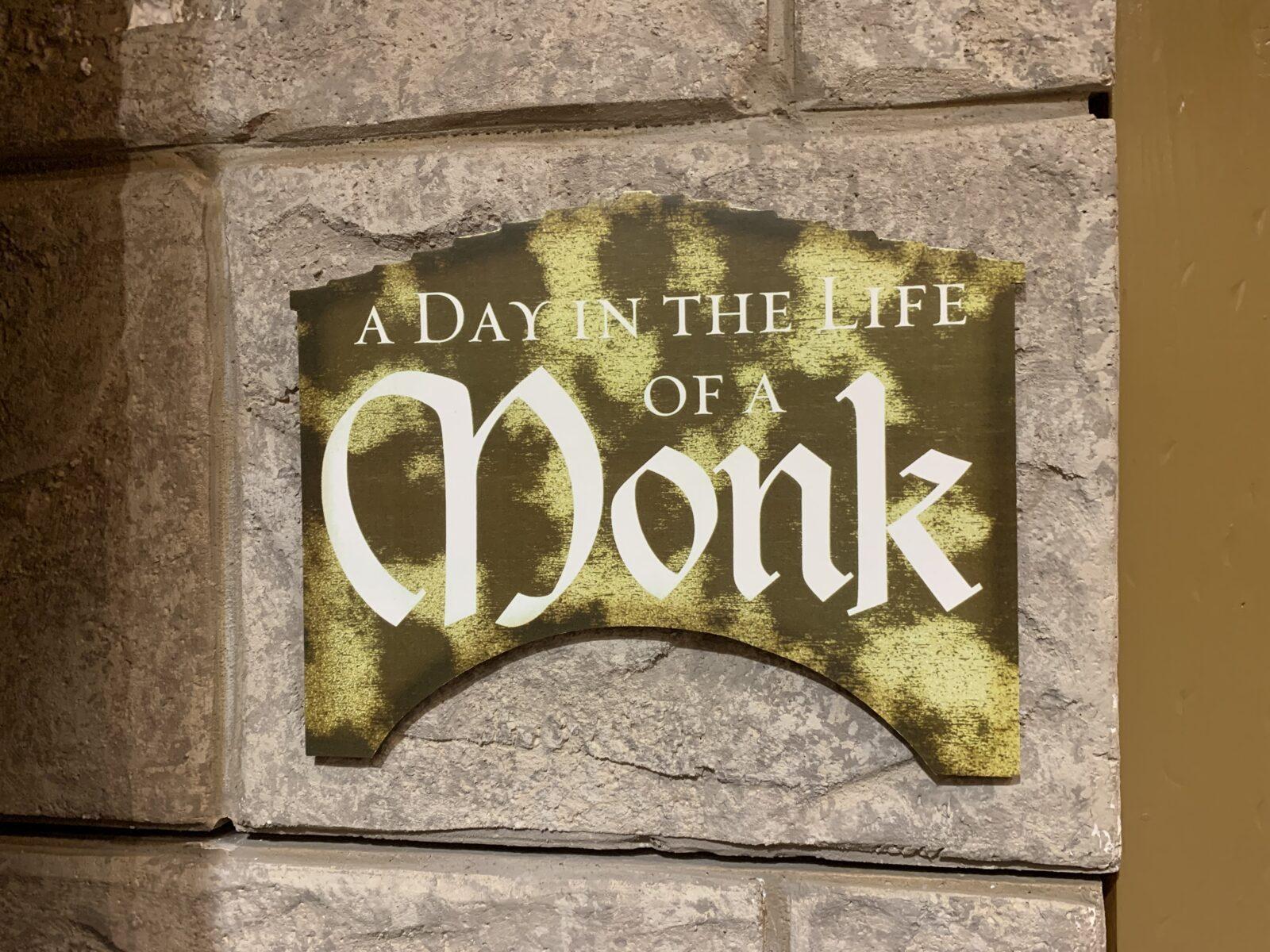 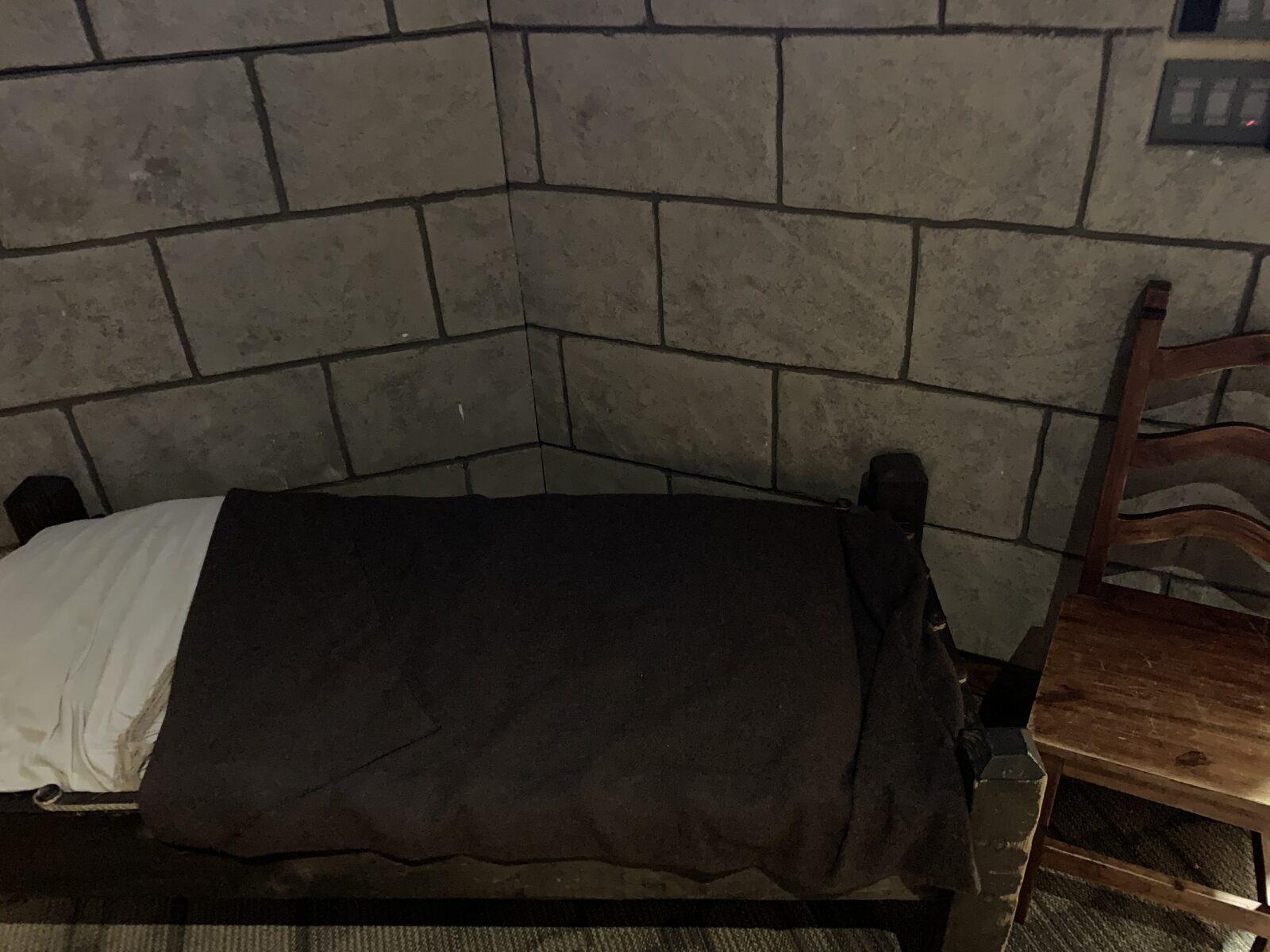 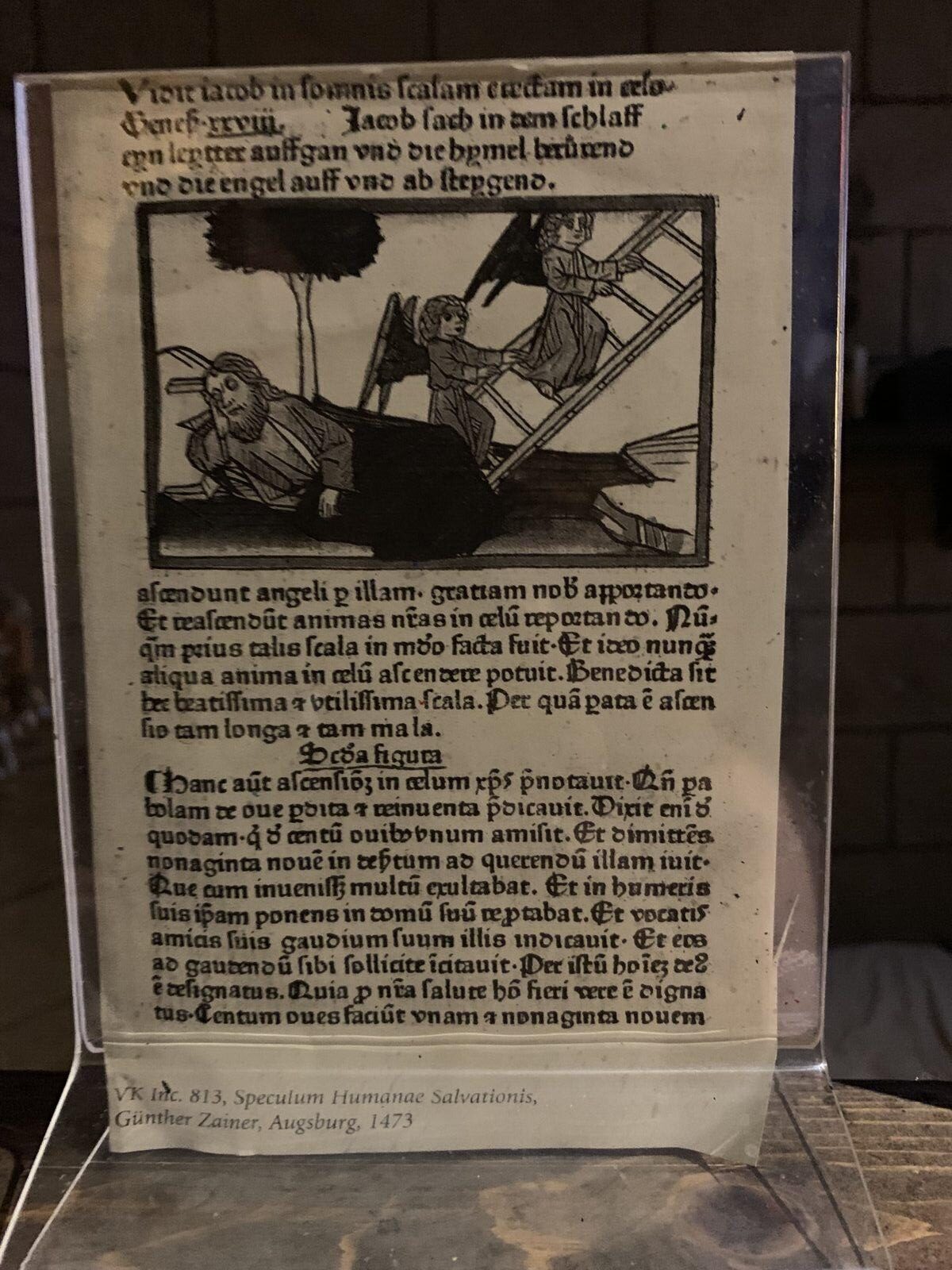 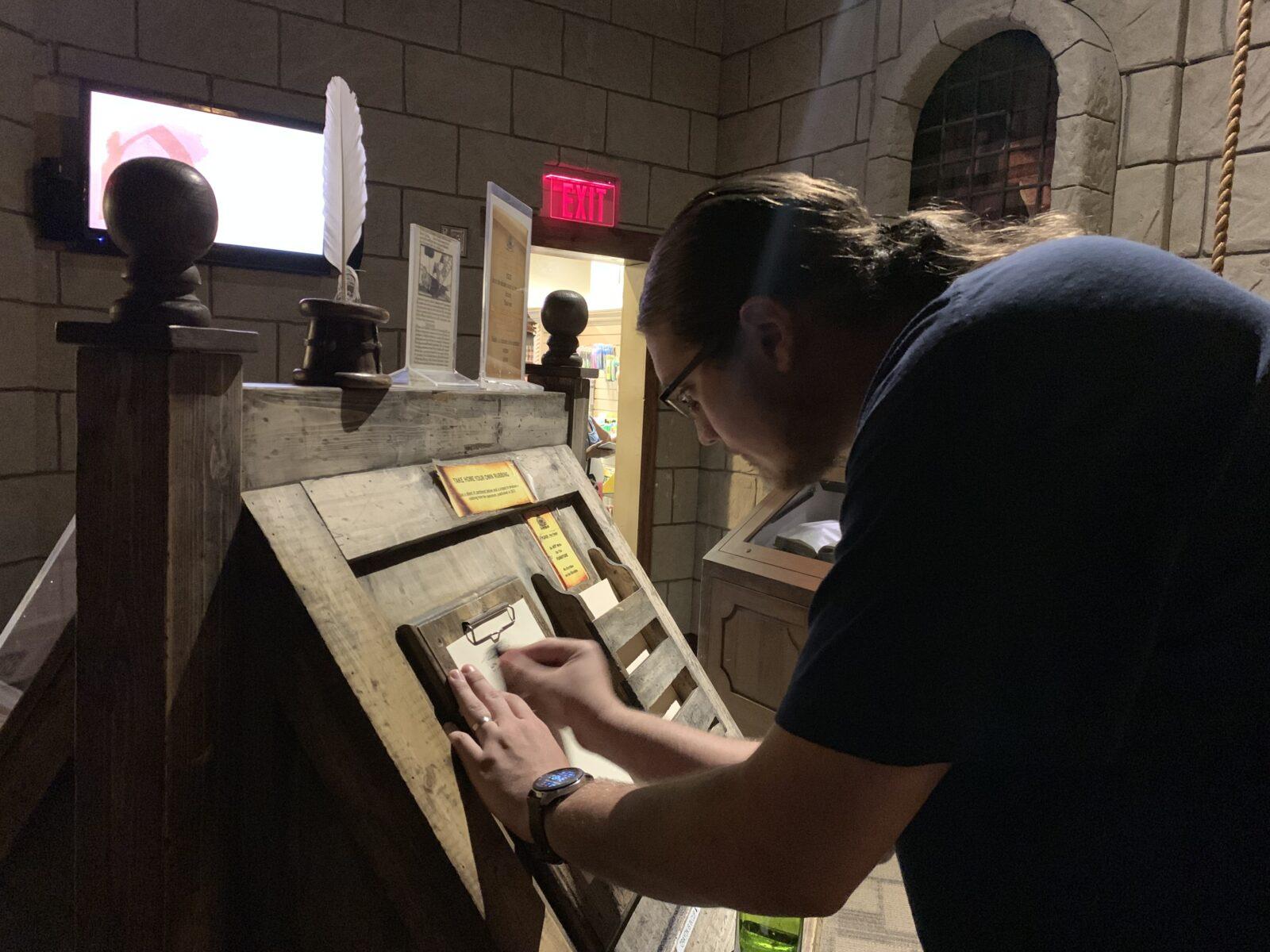 All in all, it was a fantastic day. We were able to catch two shorter shows before we left, including the Resurrection of Lazurus. We highly recommend that you take a day or two to visit if you’re in Orlando. It’s a wonderful and heartfelt day with much to see and it’s much calmer and more peaceful than the standard amusement park. It’s also a great spiritual experience, learning the history and being able to actually see the Bible “come alive” visually.