I was working on some surprise balls the other day when I realized that I had never completed this post. What better time than now?

When I first learned of surprise balls I was completely enchanted. I still am. They appeal to any age and are lighthearted and innocent fun. Through the years, I’ve made them for a number of reasons and events. They are super easy to make and can be either luxurious or economical. It’s totally up to you.

I discovered them around the time that I was planning our wedding. I, of course, decided that I really wanted to incorporate them into the event somehow. It would be a small event, so giving them as favors would not be price prohibitive. I decided that I’d either display them in two glass lanterns on the head table or I’d put them in gift bags for when guests arrived at their hotel rooms.

Our wedding was planned to be at Disney World, so I tried to make a lot of the contents themed accordingly.

I wanted to find miniature wands to buy but had no luck. I made tiny little fairy wands from gold glitter stickers and tiny wooden dowels that I painted gold. I labeled these as “Tinkerbell wands” in silver ink. Yes, I added an apostrophe before they were added to the balls. 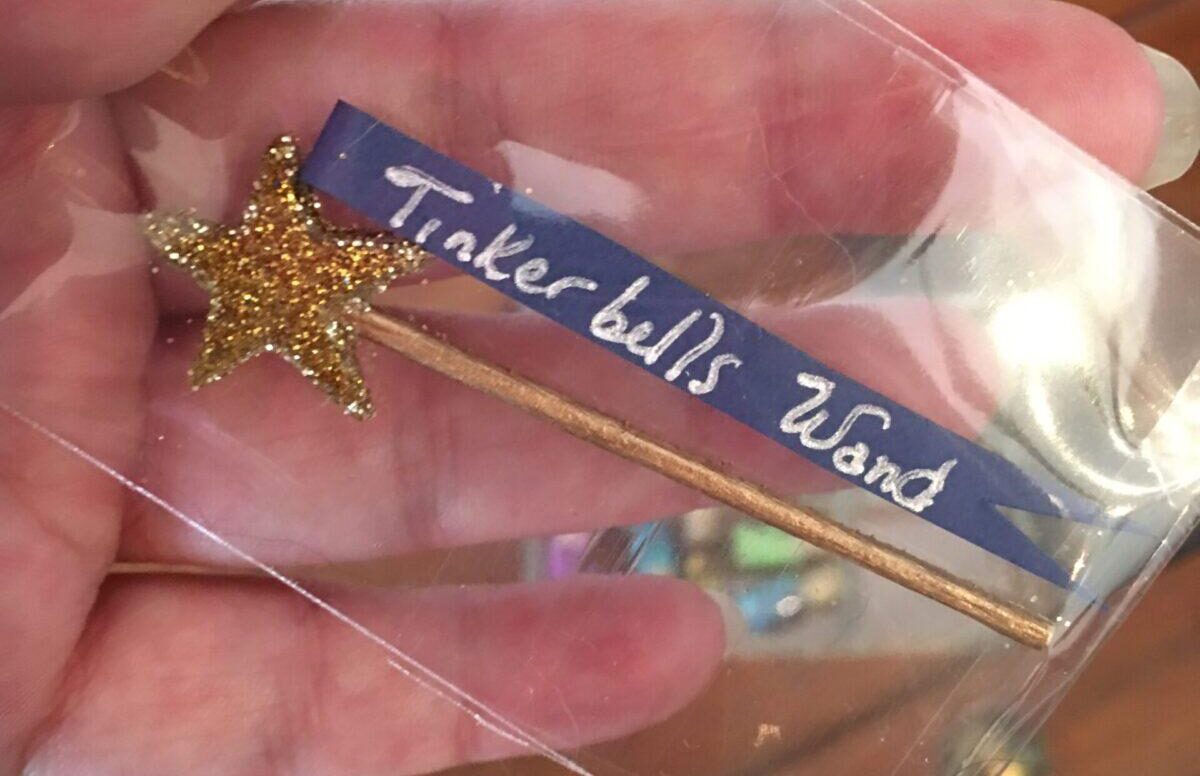 I took tiny bottles full of shapes and glitter and labeled them “Pixie Dust”. The letters were cut out on my Cricut Explore Air

and Stephen and I applied them to the tiny bottles. 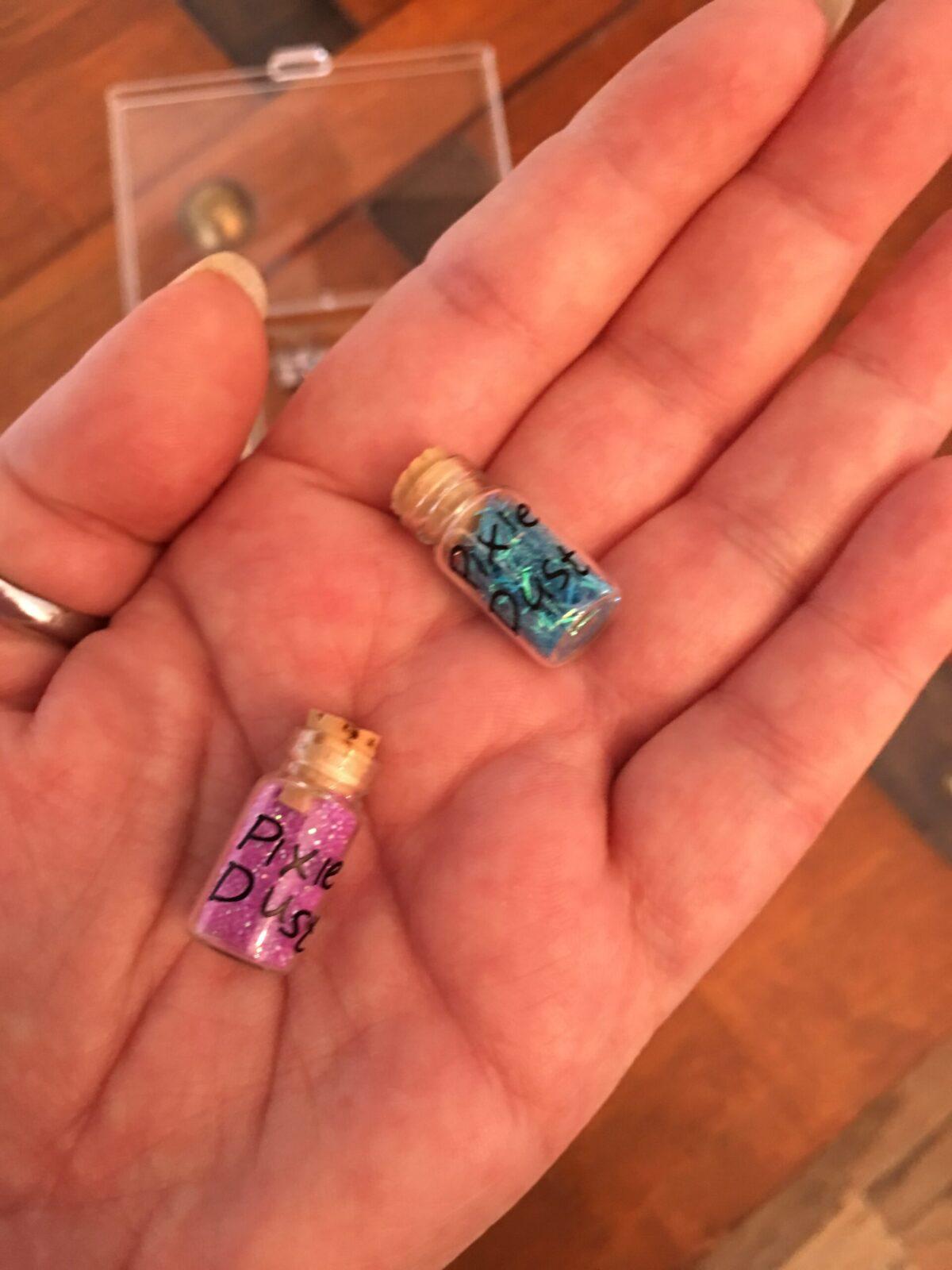 I made these little poseable fairy dolls, patterned after the ones from Magic Cabin. Even though I know how to make them, I wouldn’t recommend it if you can afford to just buy them. They are a pretty good deal for the effort that it takes. 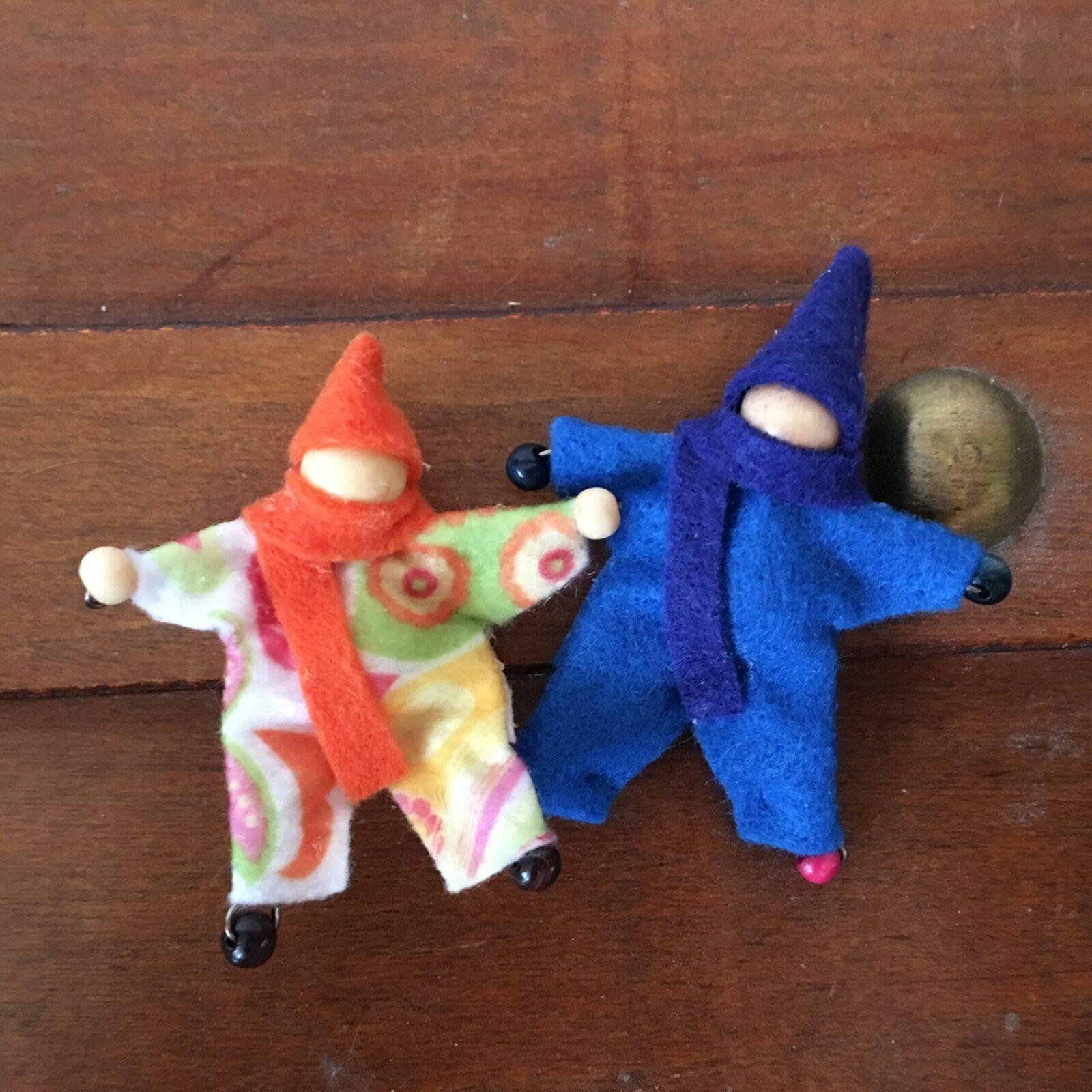 There were also fake mustaches, which are a staple Surprise Ball ingredient. To be unique and fancier, I found these at Target in something other than the traditional black variety and included little cards with an introduction on them. 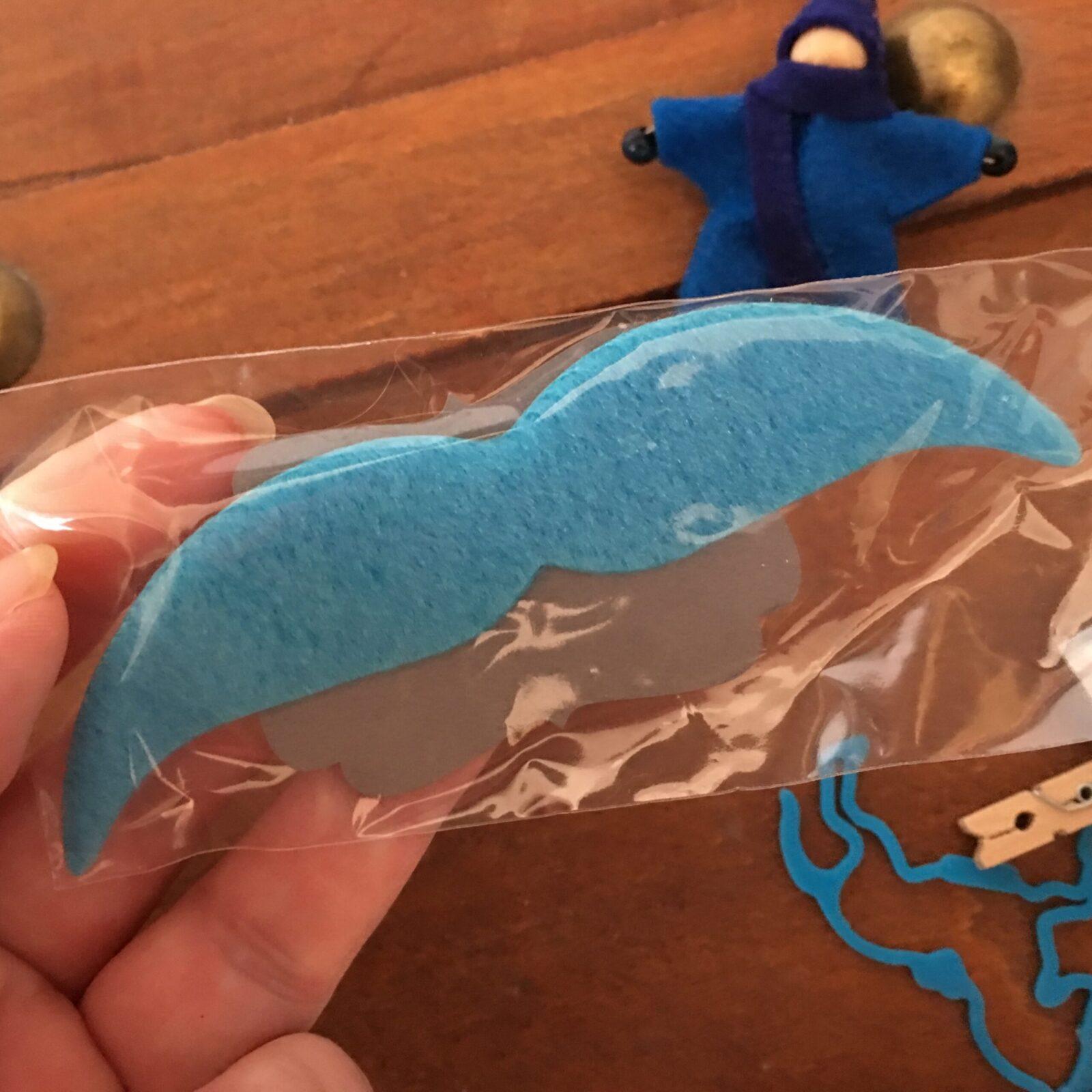 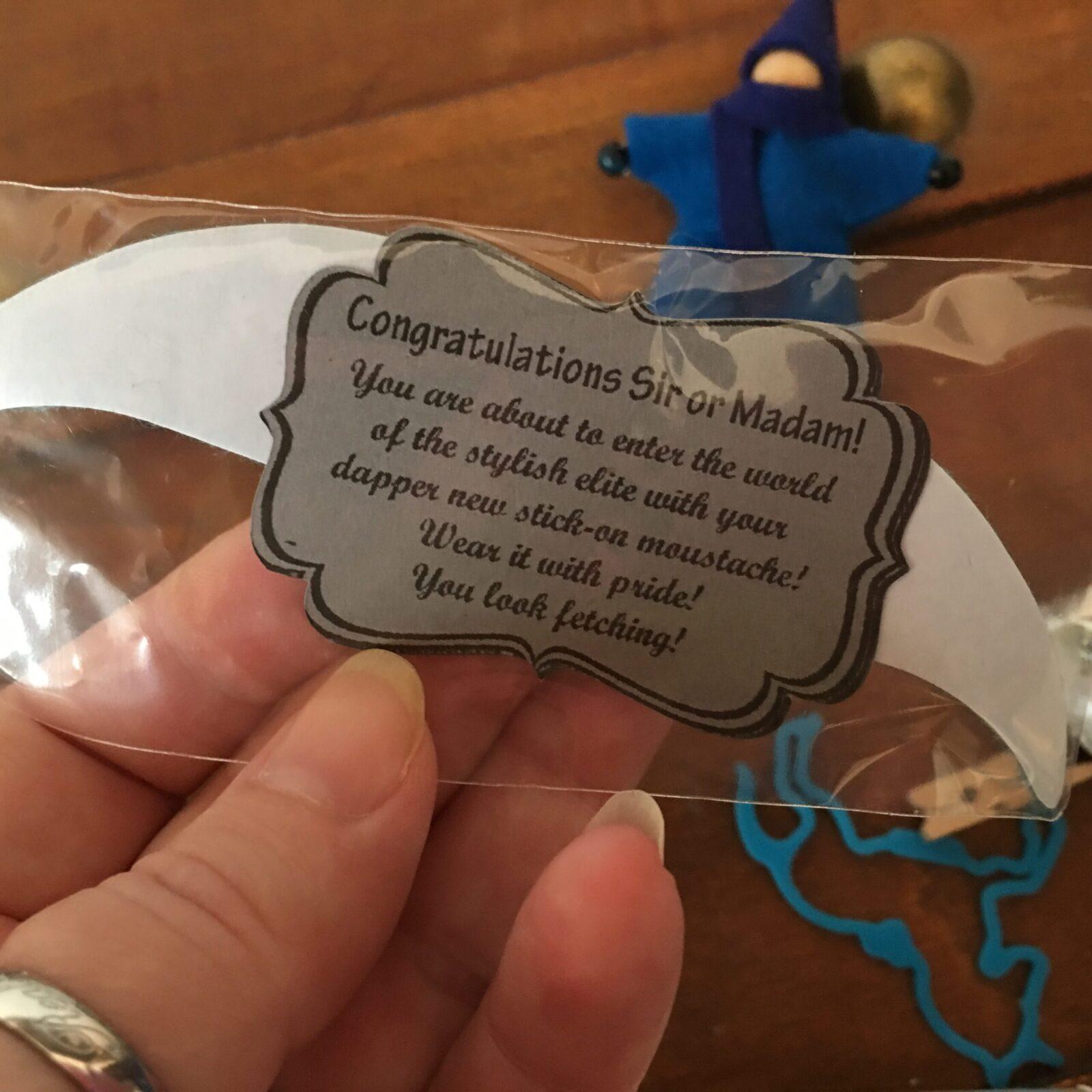 The little girls would receive “make your own ring” kits in their surprise balls. 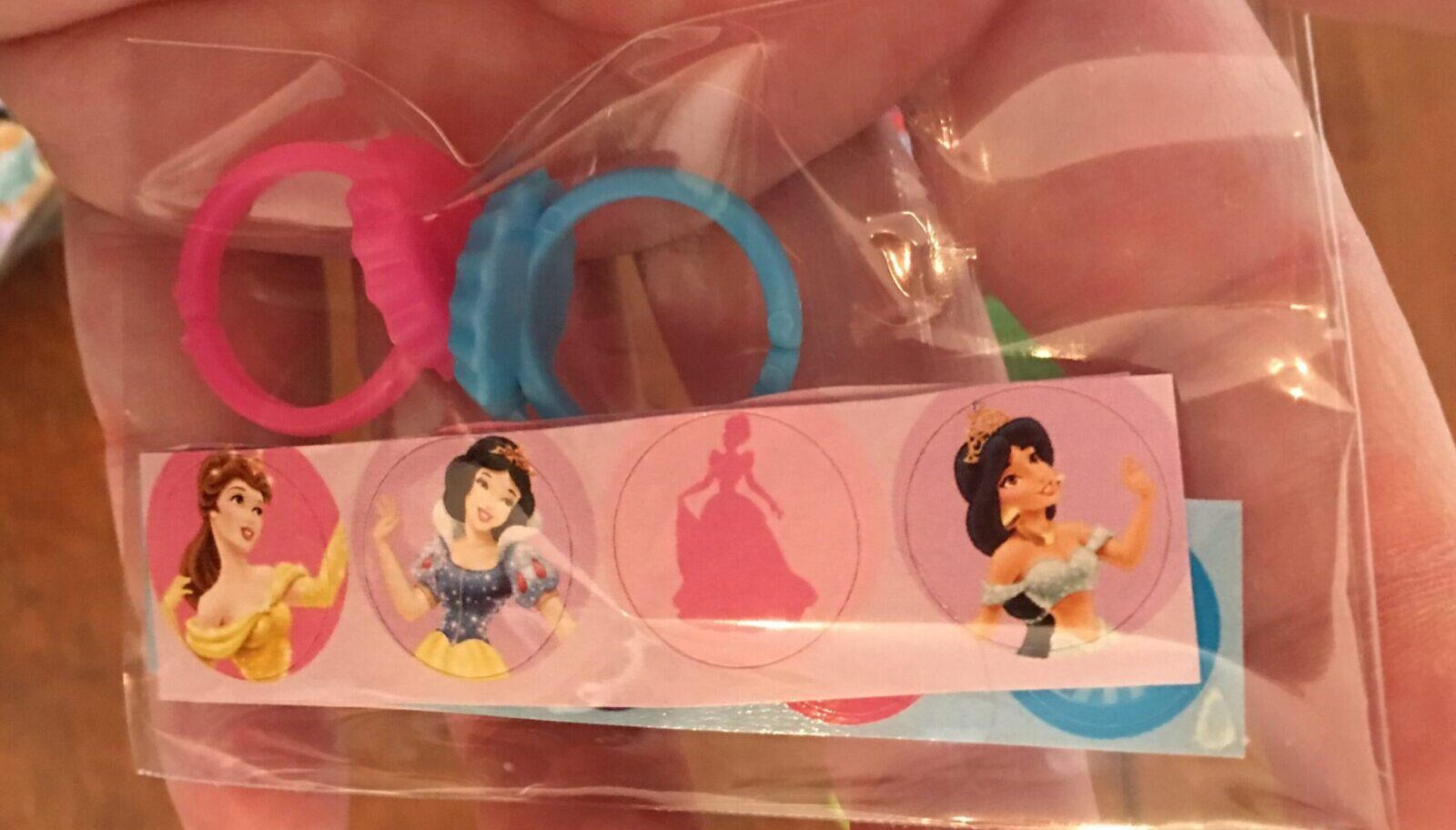 I found a little book of neat henna tattoos and was able to cut them apart and add them with some printed instructions. 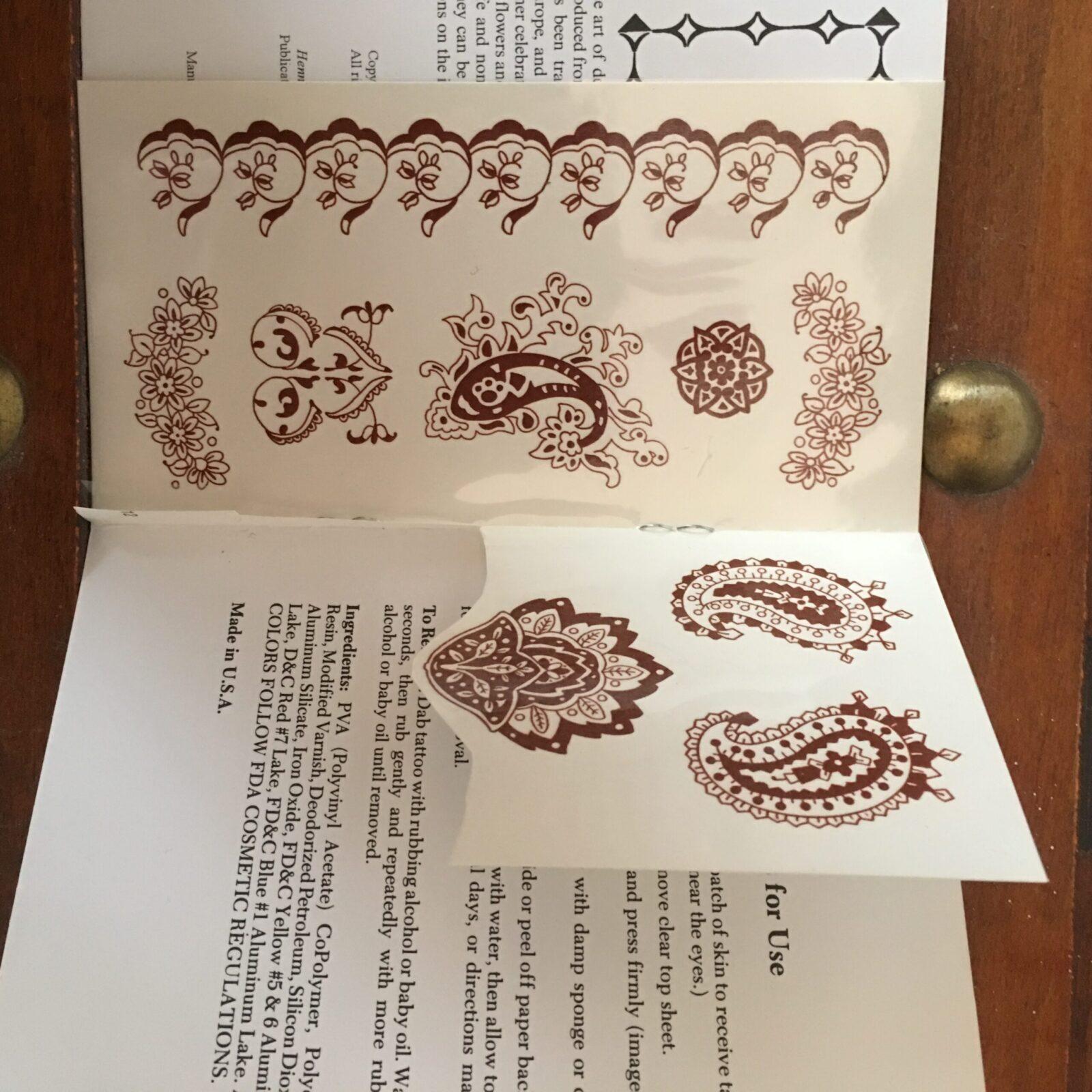 Here is some of the rest of the assortment that ended up in the balls. 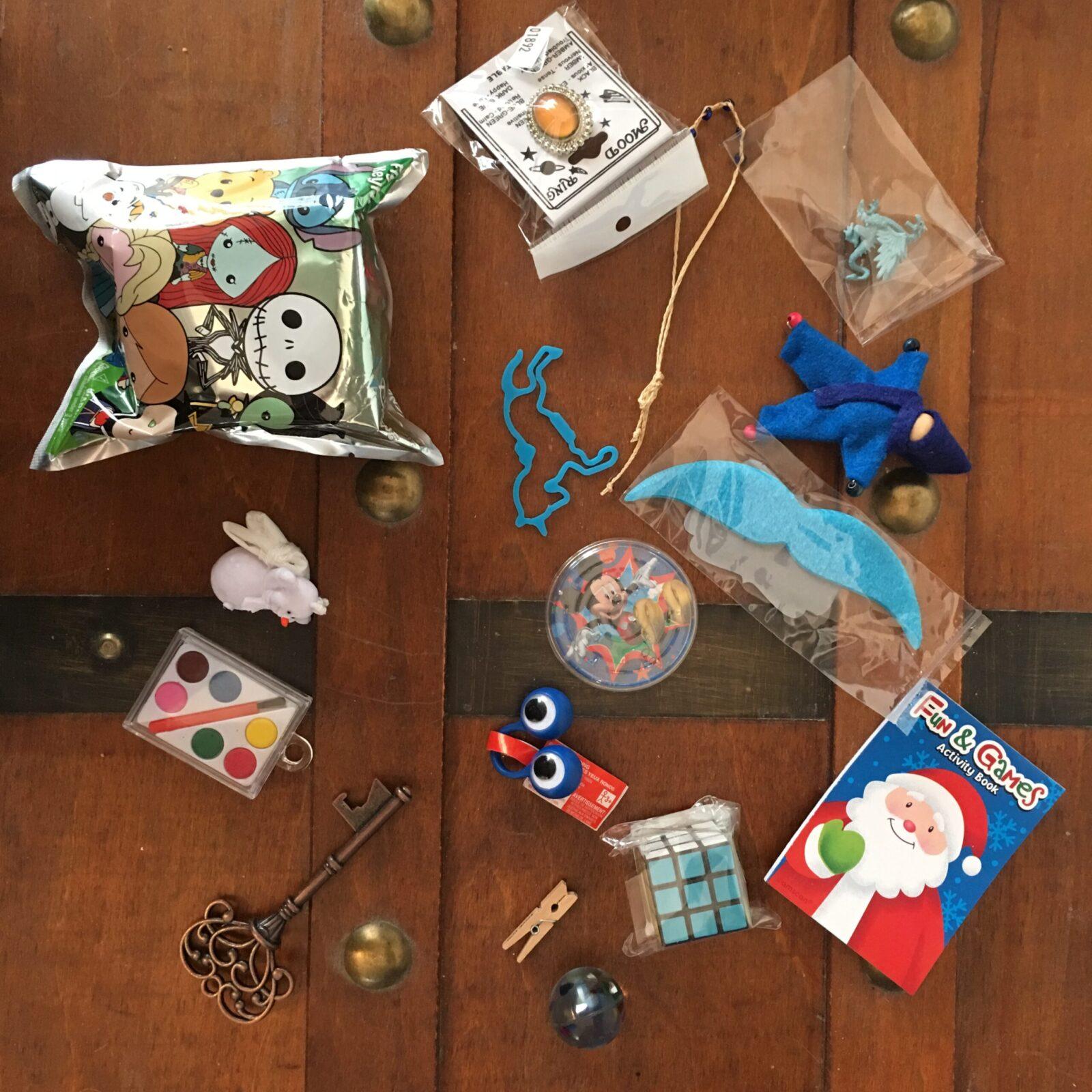 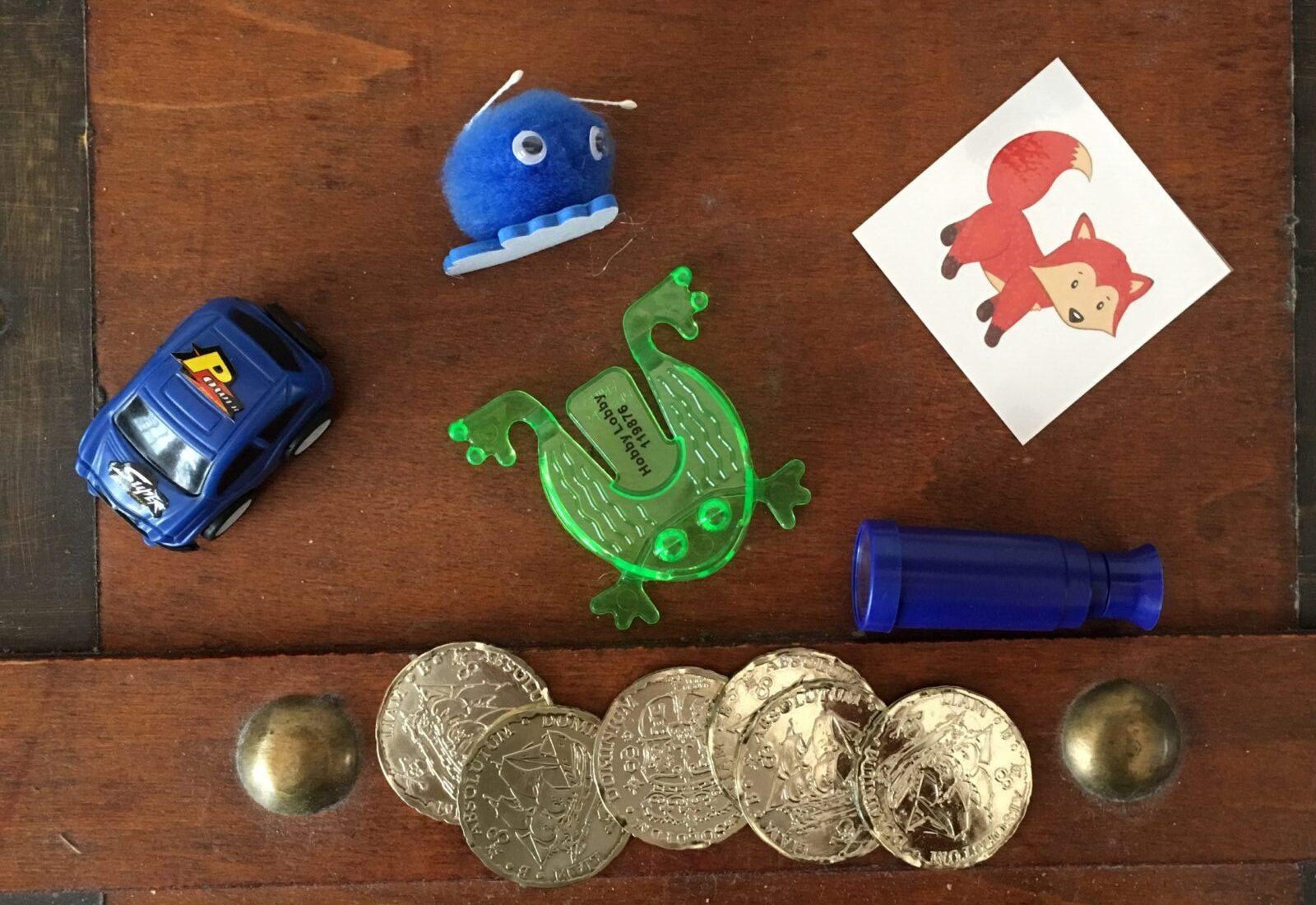 , Temporary Tattoo, Hopping Frog Racer, Gold Coins (I ended up subbing in some that I ordered that were metal and like real pirate coins instead of these), Mini Telescope 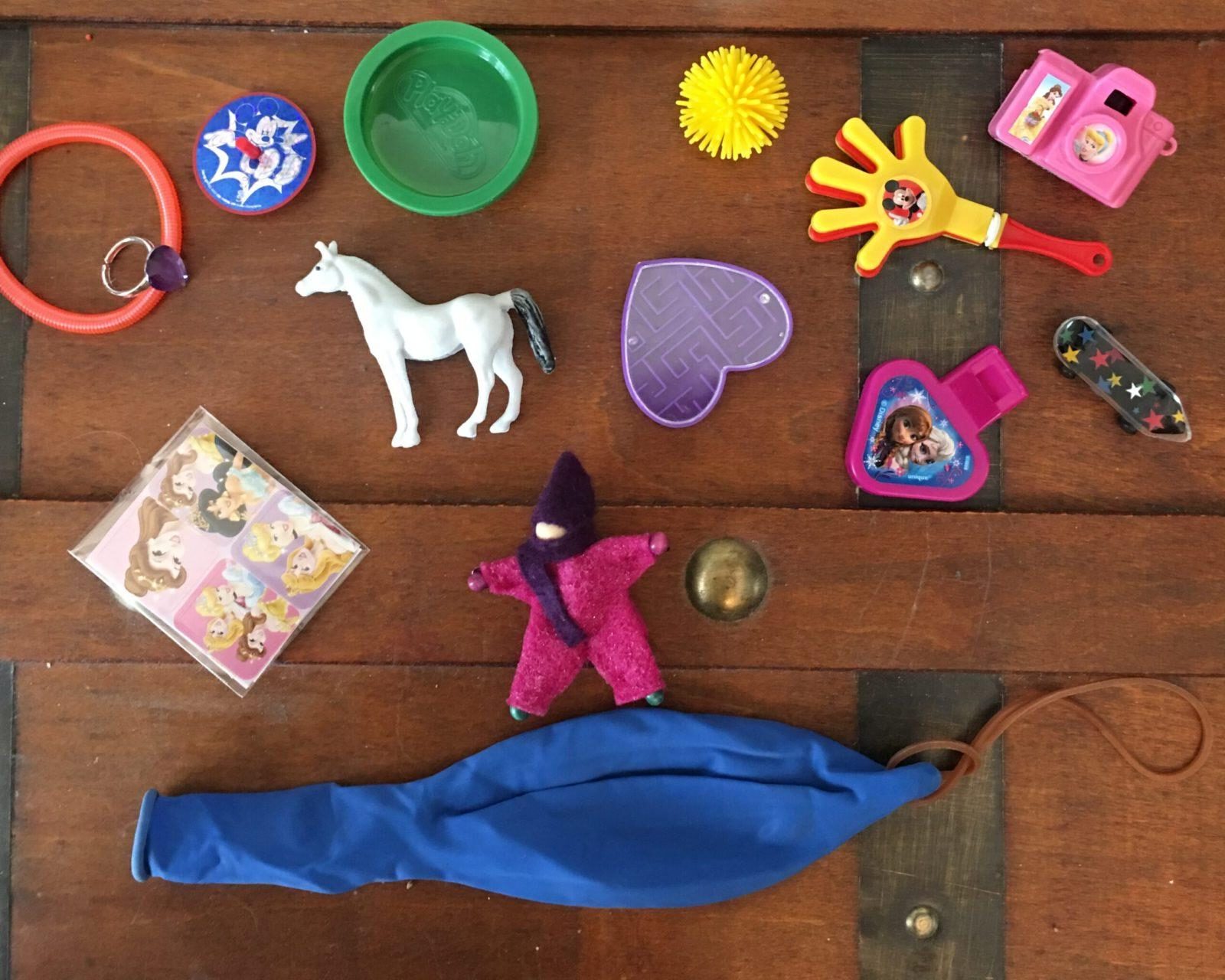 . I had a couple of different varieties, trying to base each on the interest of the person that would receive them. 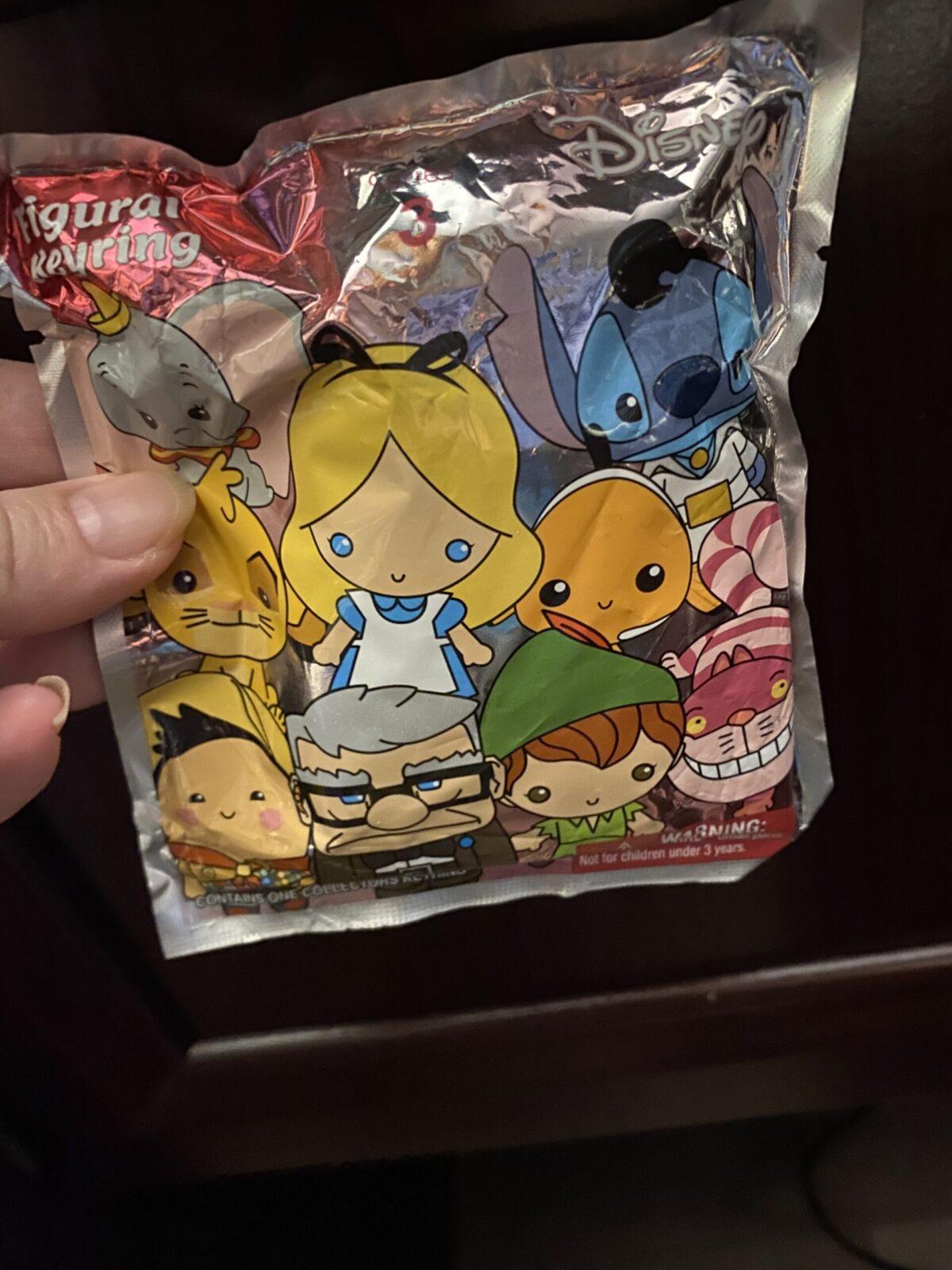 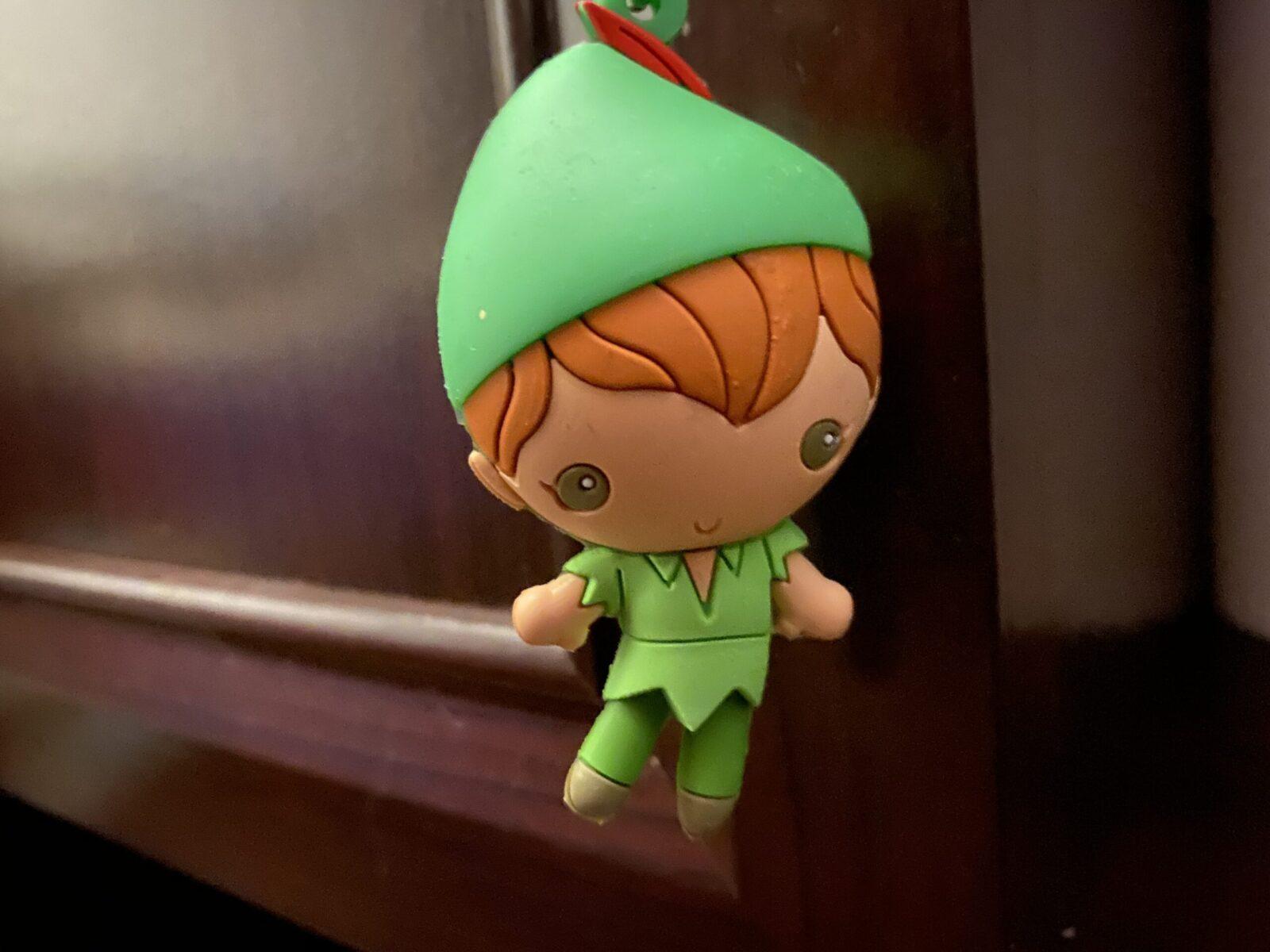 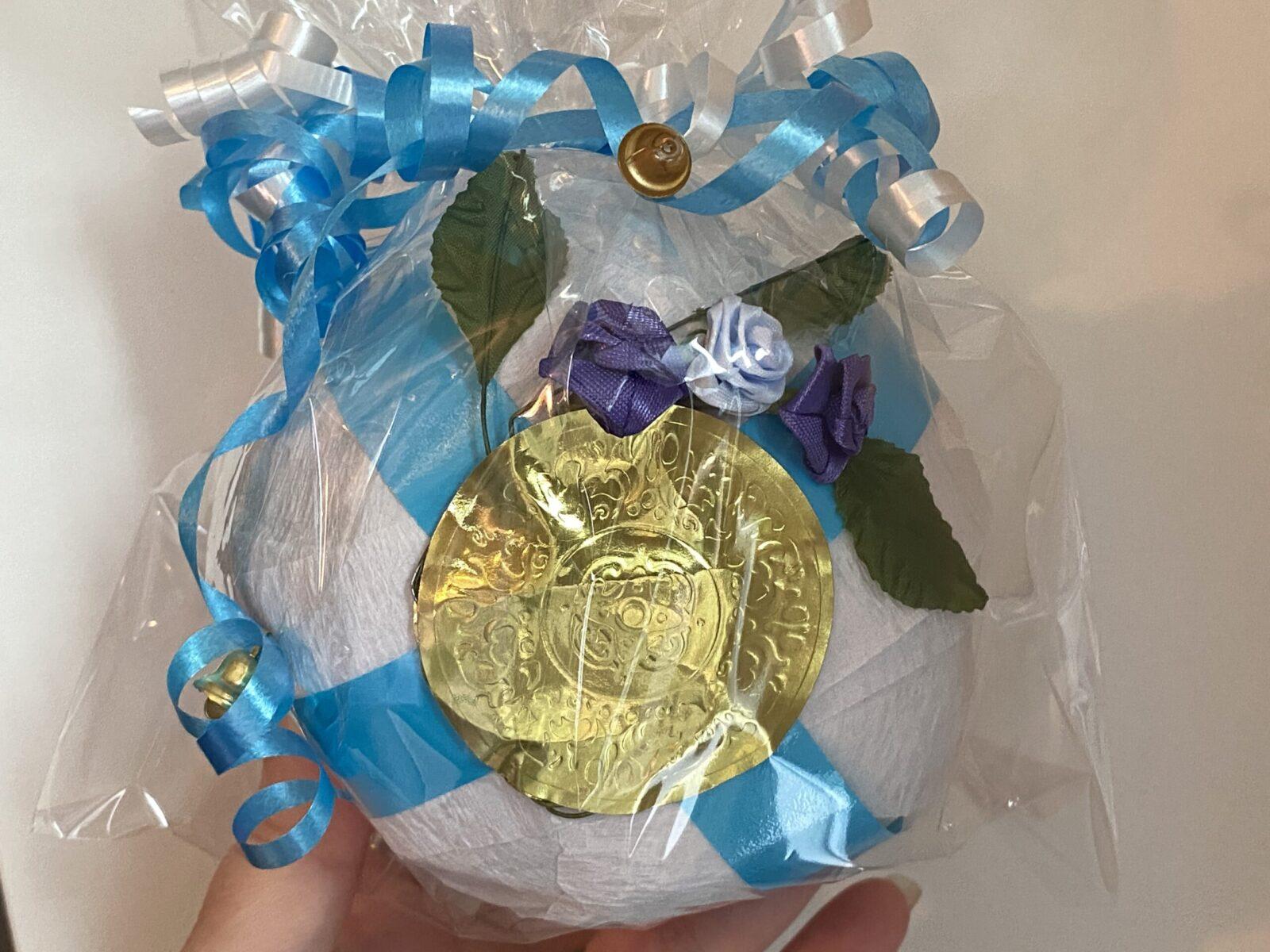 I actually have two of them left. I have no idea what actually ended up in them because I had them leftover quite by accident. I had debated doing something with them a couple of times, then decided it would be sort of romantic to open them on our 20th wedding anniversary.