It had been a while since I made surprise balls, so I decided to make them for Bug’s birthday party. It was Toy Story Themed, so that was an easy design. It’s a little hard to get the surprise ball to be perfectly spherical, but I think they turned out pretty ok. 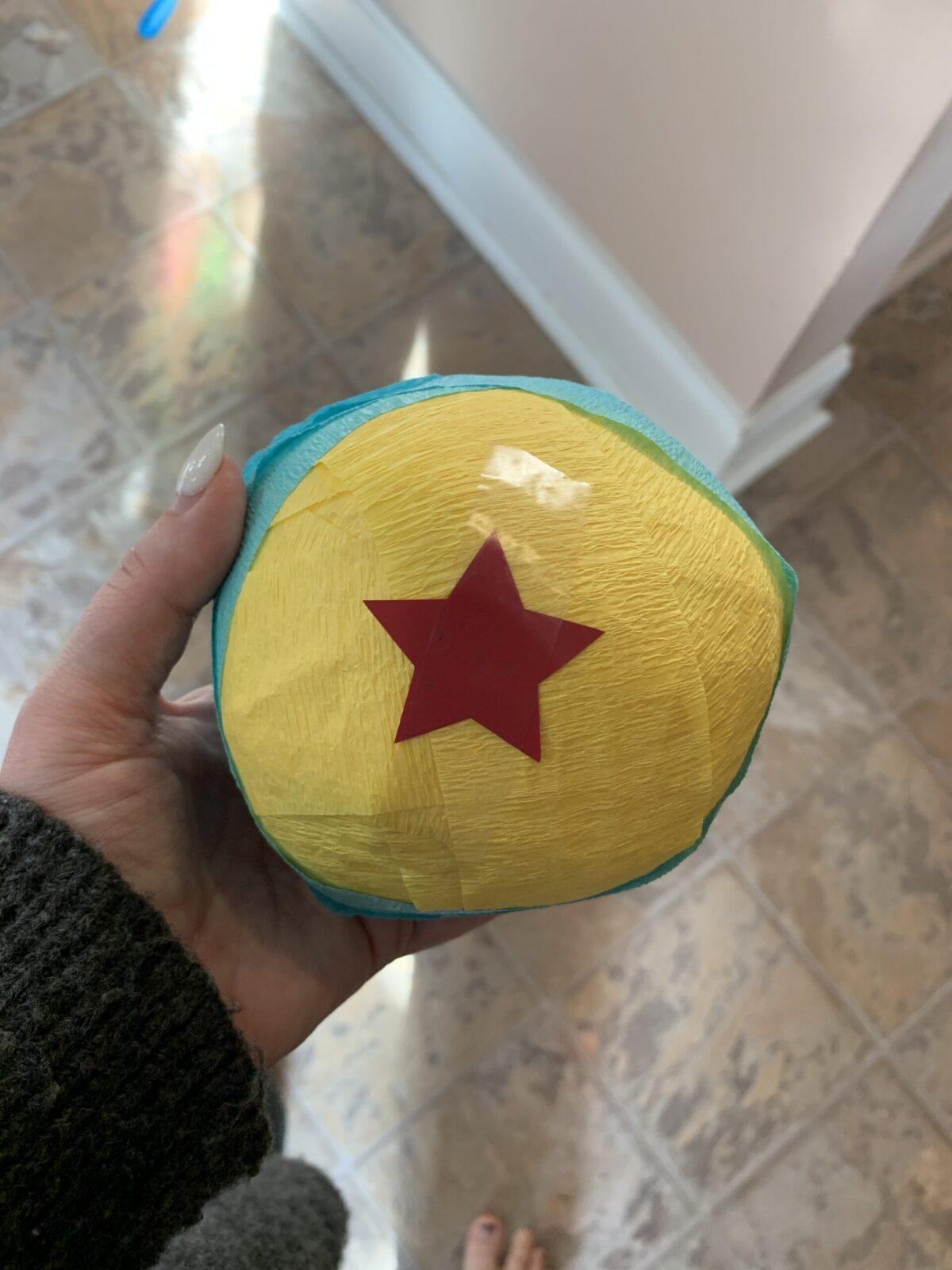 Just yellow crepe on the outside with a rim of turquoise crepe and a red star cut from adhesive vinyl on my Cricut. I didn’t have a lot of prep time at the point that I started to plan the party because we were in the process of moving. They were still fun! 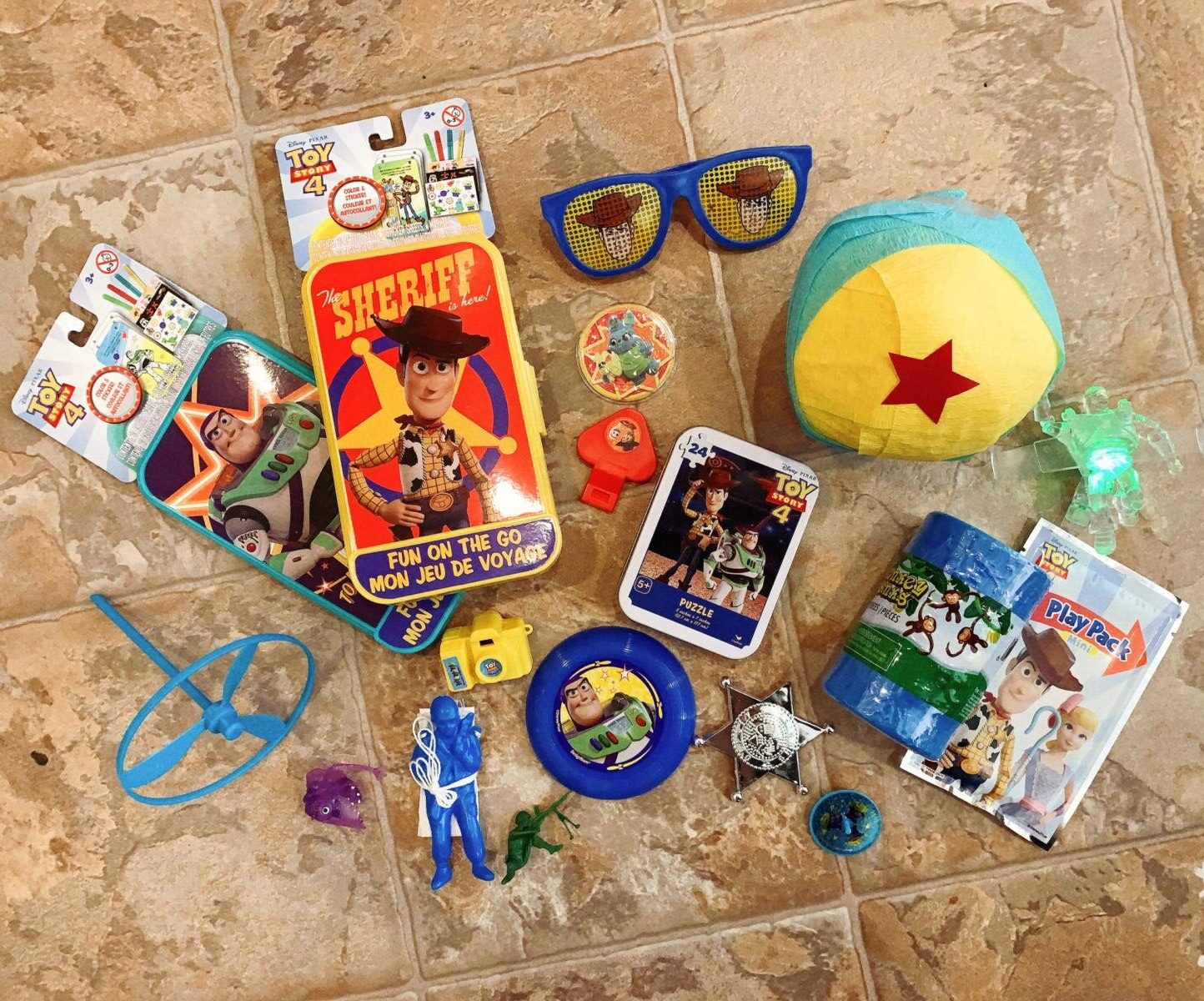 Not everything in the picture would go in a surprise ball. Of what’s pictured, I was able to add the Disney Viewmaster Camera, Toy Story Maze Toys, Toy Story Whistles, Sheriff Badges, Toy Story Top, Toy Story Mini Frisbees, Paratroopers, Green Army Men, Rubber Monster Finger Puppets, and the Play Packs. The Monkeys I opened and put a few in each ball. The weird spinner thing didn’t fit (it came with the party favor kit

that I bought). Neither did the activity boxes, puzzles, or glasses. Those went into favor bags with the balls. The glowing thing you see is a Buzz Lightyear drink clip light from Disney World. 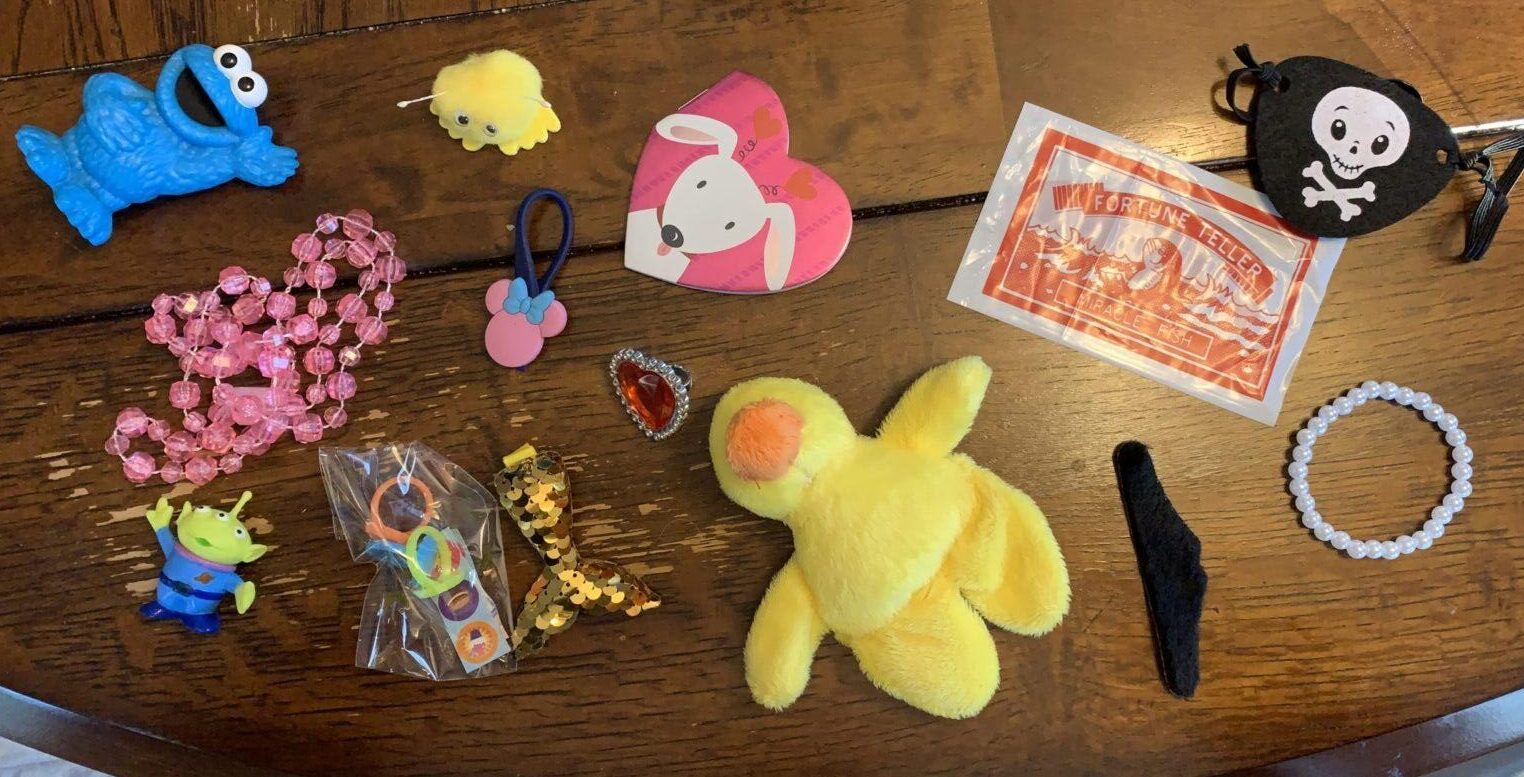 We also added a Cookie Monster Toy and Finger Puppet for our “under 3” friends. There were Weepuls, Fortune Fish, Pirate Patches, Mini Notebooks, Disney Zipper Pulls