Here we are, 8 months after my last post on this subject. I’ve pretty much stuck to my plan of low effort and just making healthy changes in my lifestyle that needed to happen anyway.

I’ve been in the midst of planning a wedding and honeymoon. I was a bit concerned over the close proximity of my period to these two events, so I’ve been watching it pretty closely.

I’d had PMS-like symptoms so I figured it was just late – the same ones that I always have. I’m usually pretty regular, but you know stress and it’s affect on the body, yada, yada, yada.

When I was 5 days late I decided to take a pregnancy test. 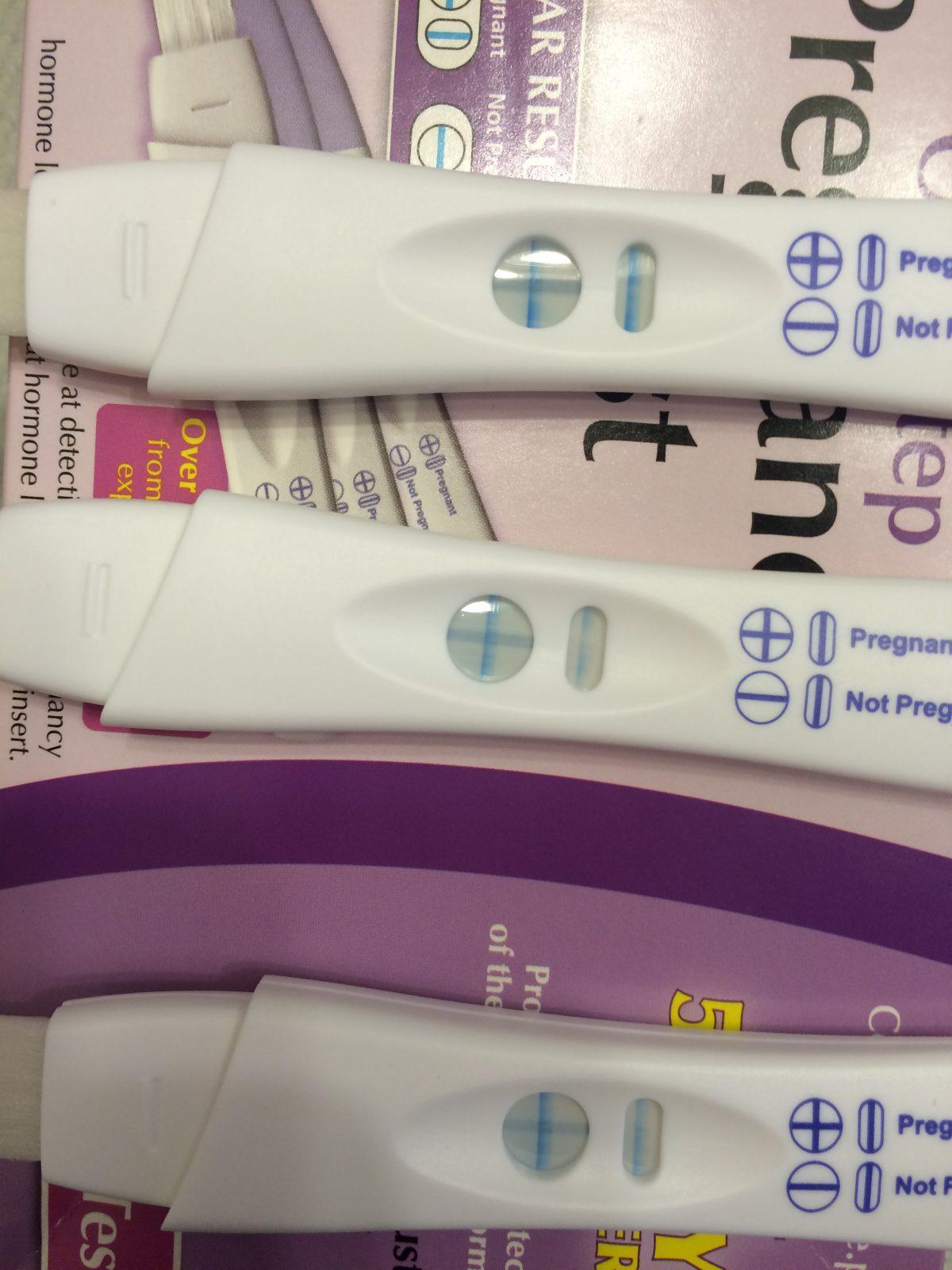 The test was also expired. Fine. There are two more in the box. Might as well take those. I called my fiance up to make sure I wasn’t seeing things.

Ok well let’s go get a fresh test shall we?

Yes, at this point it’s looking pretty positive. I have a dark, dark line on every single one, the one that goes in the same direction as the line in the control window box.

Ok, well maybe a different brand of test. That too, was positive. 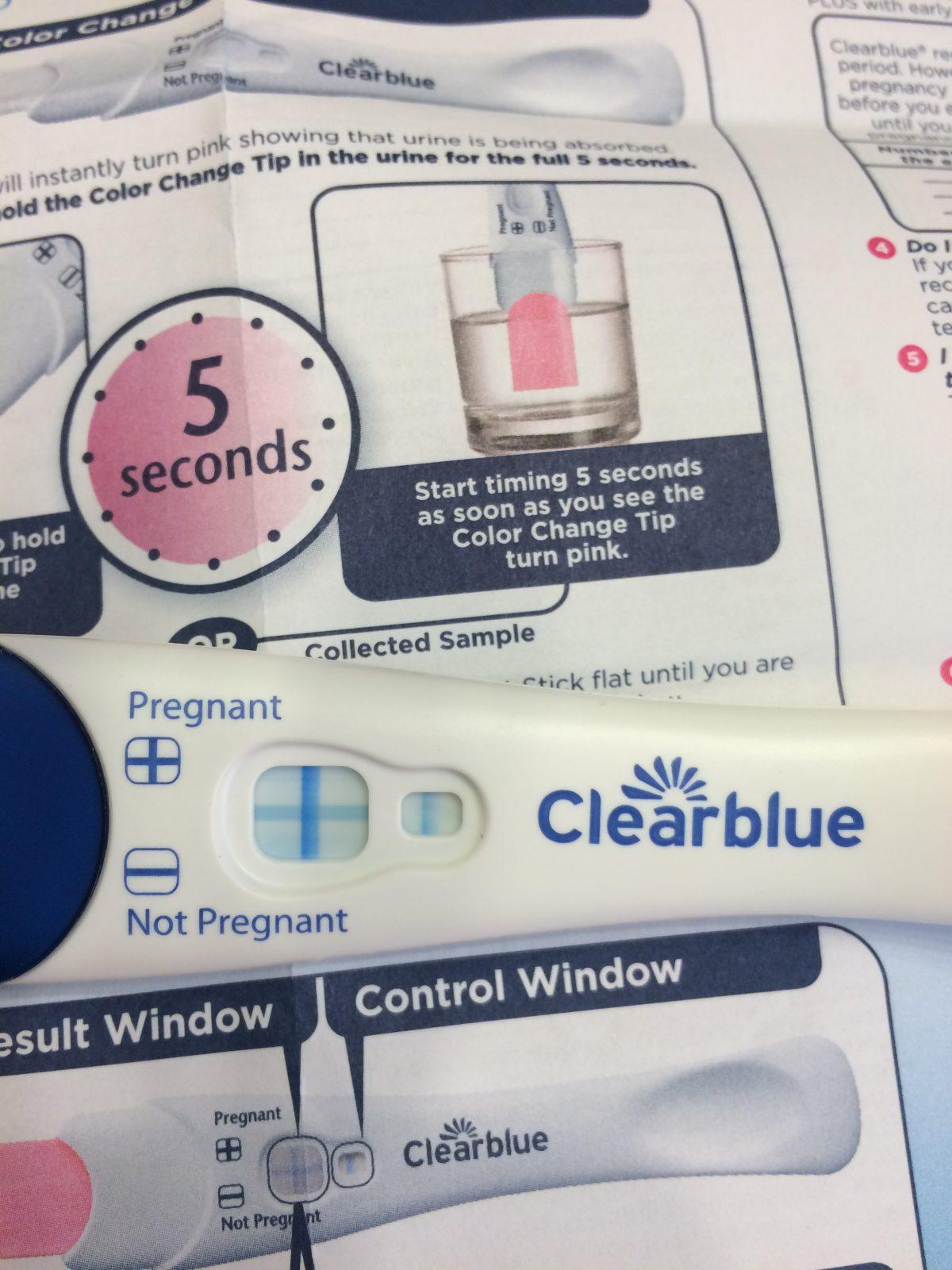 So, I’m thinking to myself that maybe it’s the cup I’m using to pee in. Maybe the whole batch of red solo cups has somehow been contaminated with hCG. So, I rinsed one of them really well and left it to dry.

Then, I started reading an onslaught of articles on the web about “false positive” tests and their causes.

This leaves only a few options that could cause a false positive.

The percentage chance that it could be one of these is low, but you know, “the age thing” has me paranoid. 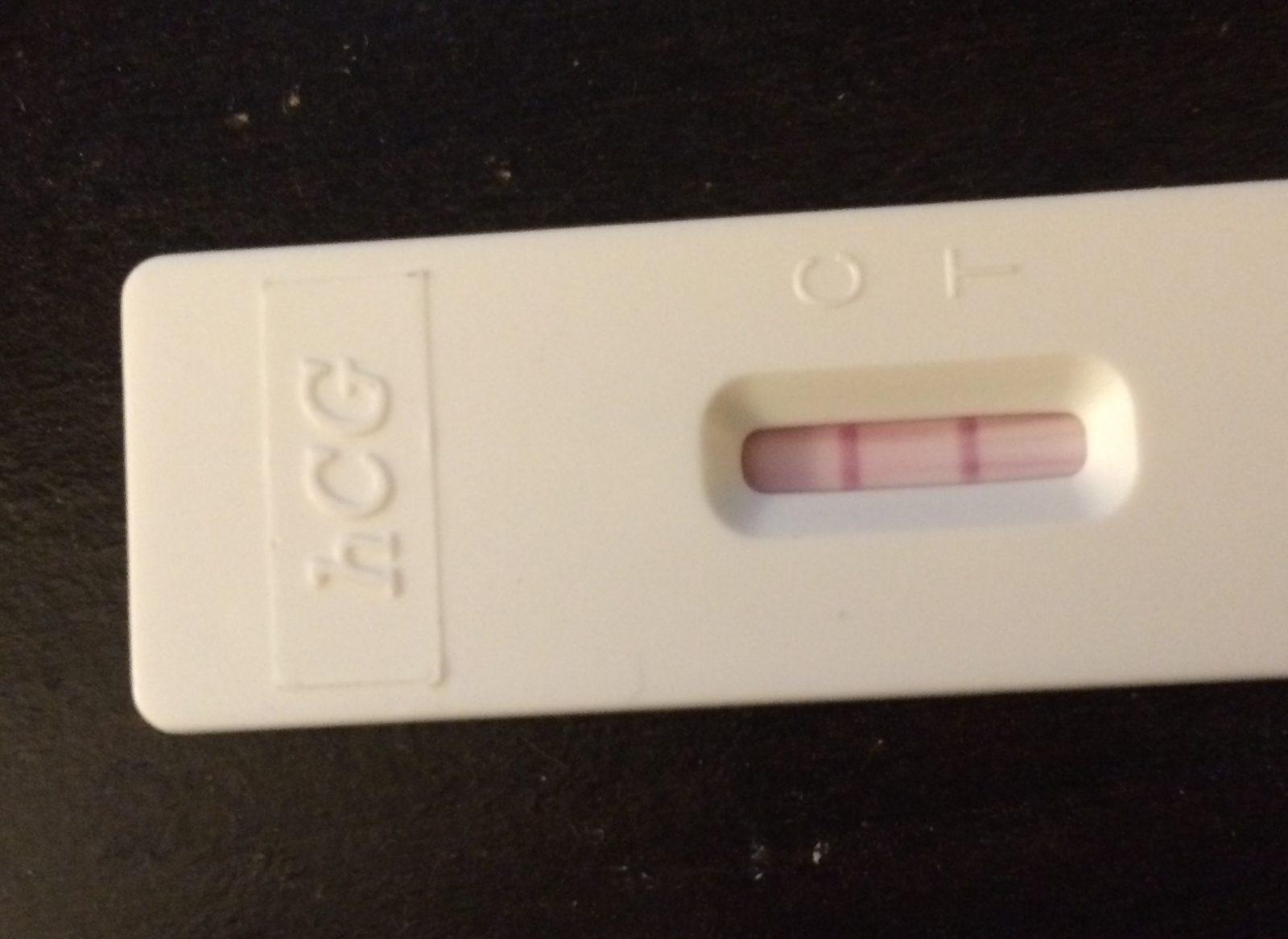 Now remember, the more sensitive the test, the more room we have for error. Therefore, I was actually looking for tests that were less sensitive.

Research on the newest test I had taken surprisingly addressed the perimenopause issue right on their website (Clear Blue Easy). They claimed that they tested several women who were menopause or perimenopause and that the test only gave false positives on 0.0 – 0.3% of women tested and all of those were over the age of 50.

Well, that was looking more positive.

The First Response had different results, with up to a 4% discrepency with false positives in menopausal or perimenopausal women, stating that women in this stage of life see a natural rise in hCG, which the test could pick up. First Response is a VERY sensitive test and therefore prone to inaccuracy, even in younger women.

I take the test in the cup that I know is clean.

We haven’t been using birth control, but haven’t actually been “trying” either. So, at this point, I feel like a unicorn. I’m not sure if this is real or not.

Update 5/2018: Yes, I was pregnant. I gave birth to a preemie who is healthy and well. He is featured in several following articles.

If you want to learn more about perimenopause, click here for our article on “Is This Perimenopause?” 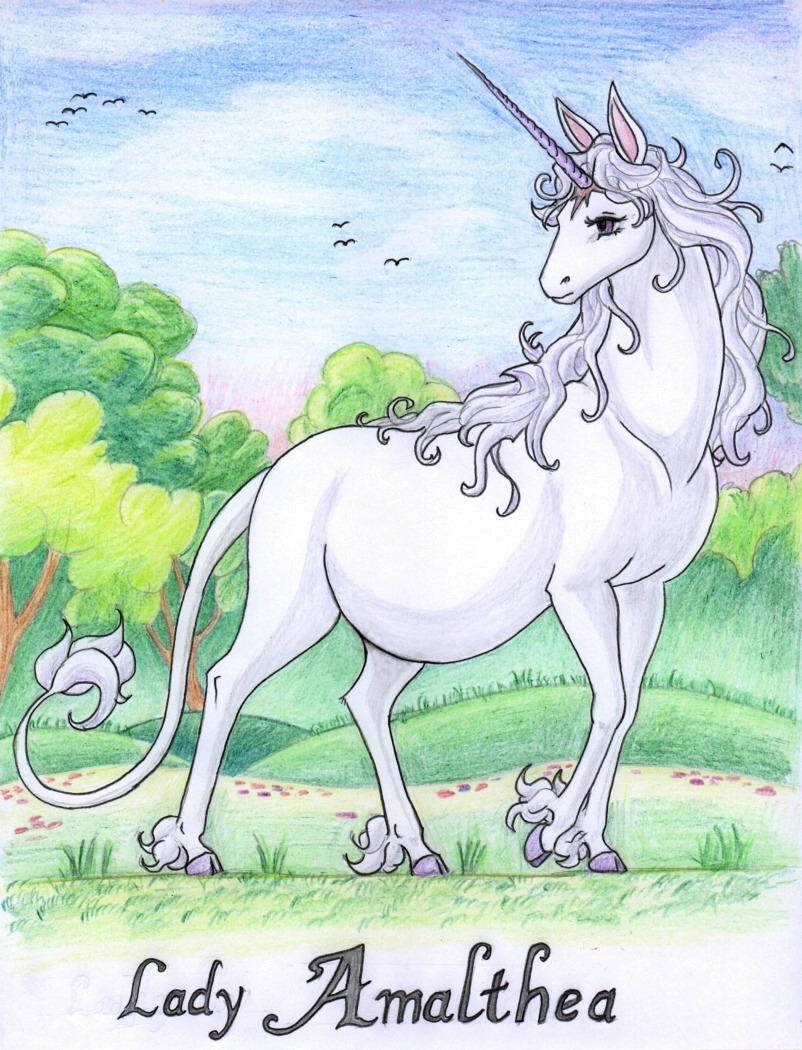