This was my very favorite album as a child. The Haunted Mansion side of this album was one of my favorite things as a kid. I remember taking it to school in 2nd grade to share with the class. Which, yes, the teacher played it, but played side A so “none of the other kids had nightmares.” 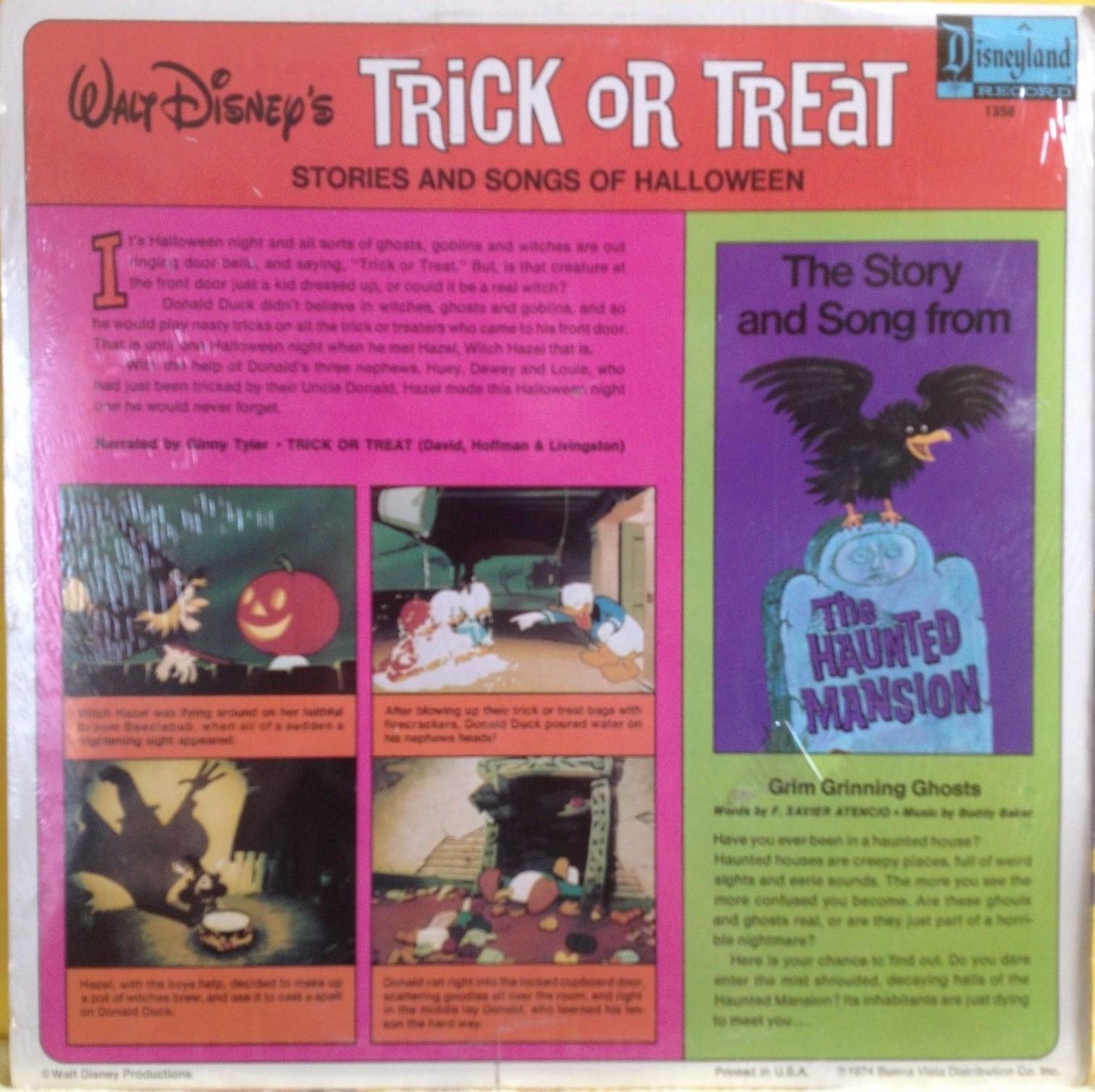 Narration of Trick or Treat by Ginny Tyler

Trick or Treat for Halloween by Mack David, Al Hoffman, and Jerry Livingston

The Cast of the Haunted Mansion: 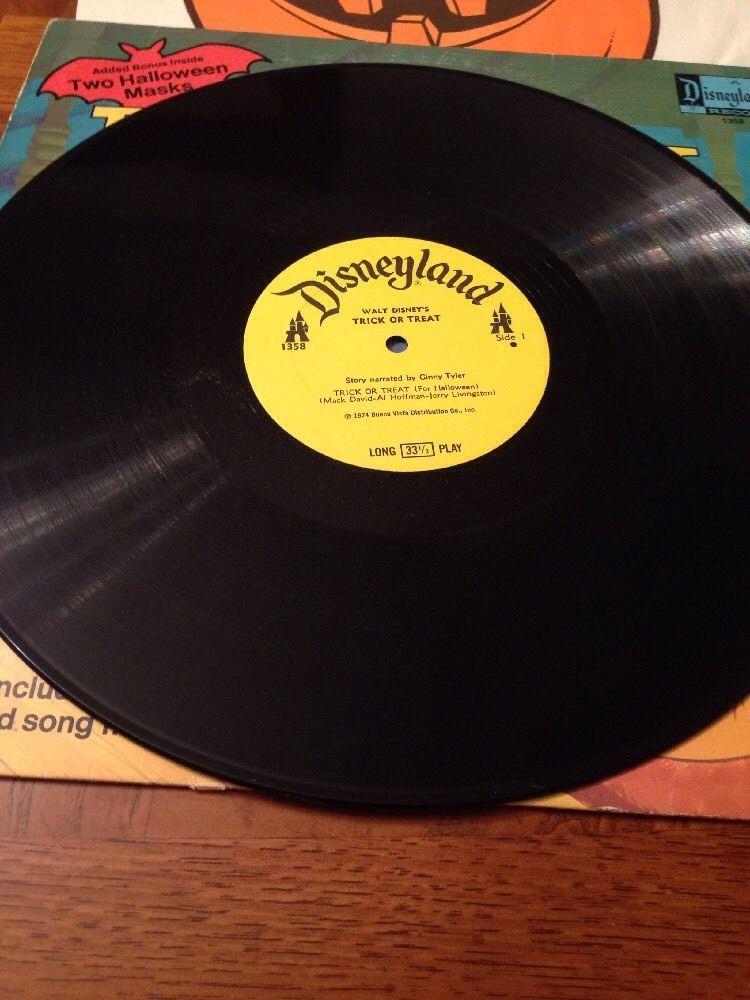 There are a few of these floating around on eBay from time to time.

The album was put out in 1974 by Disney and came with two Halloween masks on the dust jacket of the record or a jack-o-lantern and Witch Hazel.

It’s a fabulous collector’s piece if you happen across one. Hopefully someday Disney will release a commemorative issue!

A Day with Robin Redbreast

A Day with Robin Redbreast